Because I was inspired to remember about my first kdrama oppa. 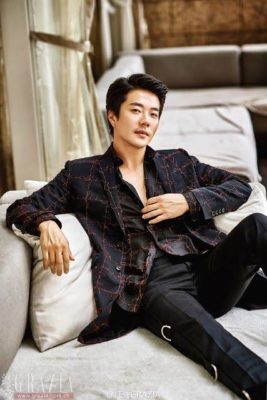 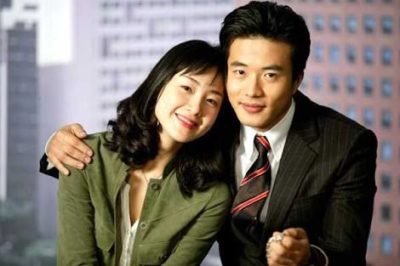 oh yessss…. he was one of my “firsts” also!
*finger hearts*

he makes me like him so much everytime XD. It’s illegal to be this young and have this much intensity. 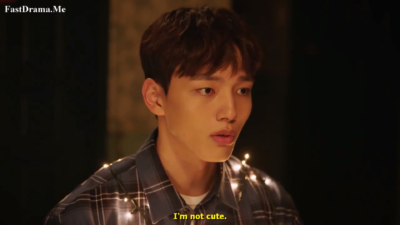 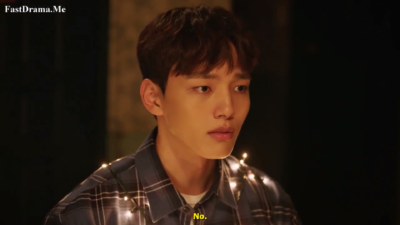 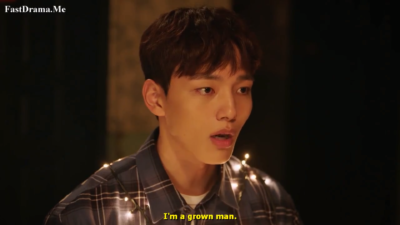 Just finished watching Children of Nobody – I was captivated and horrified by the cruelty shown to children by adults.the pain is very real and raw; KSA & LYK were in top form 😭

am currently on rabbit listening to part 1 of the Super Junior SS5 concert dvd.

Also keeping up with variety shows lile knowing bros and I was rewarded with a Lee Junki episode this week. And Heechul is stull hilarious as always.b 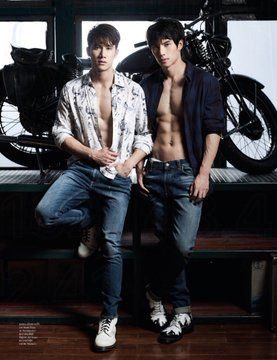 I\’m currently on a kdrama break bc thai bl dramas have caught my attention. Especially Bad Romance/Together with me and TWM- the next chapter. I\’m in love with the Max-Tul chemistry. 🎉❤

I just found out Jo Jung Seok is out of the marriage market -he married one of my favourite singers: Gummy. wow. leave the drama scene for five months and next thing you know everyone\’s married jajaja 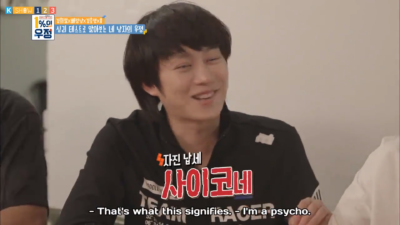 I haven’t slept in 36 hrs but youtube is a hole I shouldn’t have peaked into an hour ago, but it knows my likes and keeps sending my recommendations for Heenim videos. #SujuHeenim<3

This popped up in my feed too this morning. I daren’t click on it for fear of falling into the rabbit hole

Yes. Thanks to that i ended up sleeping 3 hrs and now i have to get up again. What’s a good night’s sleep again?

It’s gotten to the point where I get recommendations to rewatch the videos cause I’ve watched what might be too many of heenim’s clips but I can’t be blamed. He’s Heechul.

Me too jajaja this one’s new since i havent been able to see the sjtv ep recently and the new shinee knowing bro ep either.

I am behind on every show. I haven\’t been able to watch Sujutv\’s new season, knowing bros,weekly idol episode with Shinee, or even Teacher\’s drama, why can\’t there be 72 hr days? Do I need sleep?

This is a daily dilemma!

#DBmusiclounge this is the song on loop today. I bought the digital album and found this song to be my favourite so far.

I bought the album as soon as it came out and listened to it and then and now I still am not completely used to the idea that this is the last album of his that i’ll buy. All the songs are beautiful and sentimental.

@hyades hope you’re doing well, and school & life isn’t bringing you down. I hope you have a wonderful day w/ people who give you strength 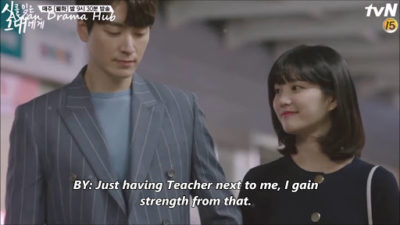 I want to thank @cloggie for hosting and @bammsie getting the logistics of gathering people to watch a drama together and also everybody that was watching The Boy Next Door the other day for introducing me to this jewel of a web drama. I finally finished watching the last 2 eps I missed during the rabbitcast, right before I go to bed (It’s 5am!!) And I’m super glad I did and at the same time I’m not satisfied I want more of them together. Season 2 anybody?
The only thing I didn’t really like was Mina, and not because she was an obstacle to my OTP (TaeJae ftw) but because of her unnecessary disgusted looks she gave them every time something that was remotely “couple-like” happened between Kyutae and GiJae. What helped me overcome that is that the end they both focused on each other and not on her reaction to them.
Side note: my cute cinnamon role Choi Woo Shik needs to appear in more dramas from here on out

It was fun to watch the drama with everyone. Thankfully, the episodes were quite short and it had some funny moments which made it easy to watch.

The drama did have some issues though. As we all know, Korea is a very conservative society. It’s a country where the quality of life for people who are gay person is not very high. One day, I really do hope things will change and that it will be sooner rather than too much later. That’s why the use of comedy at the expense of gay people has always been an issue for me. Probably one of the easiest ways to explain this might be to look at comedy in America.

Have you ever been at a comedy show and the comic is making jokes about a particular ethnicity and you question, is it ok if I laugh at this? Have you ever seen a taped show and the comic puts one of the audience members on blast? In my opinion, among others, context, truth and understanding are three important factors that make a joke ok or not ok.

Take the Minstrel Shows in both America and the UK for example. Those shows had mostly white actors put on blackface depicting caricatures of and singing songs appropriated from black culture. This was ok for a while because the audience was mostly white and they did not find it offensive. With the increase in civil rights and the more equal integration of people of color into society, more and more people saw these depiction as offensive. I think there are similarities with these Minstrel Shows and the depiction of gay characters presently in Korean entertainment. Because gay rights and gay visibility is still an issue in Korea, it can be easy for the larger Korean audience to not see the harm in the depiction of gay characters and caricatures in Korean entertainment.

This leads me to your point about Min-ah. In my opinion, her disgust at the thought of a same-sex couple is a representation of a large segment of the Korean audience for shows like this–she also reminded me of Do Bong-soon from Strong Woman Do Bong-Soon. They see only the humor that the compromising situations bring about as a result of how ridiculous the thought a same sex couple is, and not just because of how silly the compromising situation is. So the humor, or lack there of, changes based on who frames it. Hence context, truth, and understanding. I didn’t have a lot of time to expand on this. I hope to do that soon.

A really important point before I go. I was really happy when I realized that we were actually going to get a gay character in Won-hyung (Min-ah’s ex). His character served two really important purposes. The first is that he showed that in places where is it not ok to be gay, gay men often live a lie. Oftentimes this involves getting into a relationship or marriage with a heterosexual woman who believes that her boyfriend or husband loves her. This “survival tactic” can lead to a lot of suffering for both parties and is especially harmful and hurtful to the female party.

As infuriating as it was that it came at Min-ah’s expense, I was happy when Won-hyung decided to find the courage to come out and be true to himself. I thought it was amazing that he was able to find inspiration–granted, in a lie–in the Kyu-tae and Ji-jae “relationship” to be true to himself in public. I was then saddened by both how short-lived it was and Kyu-tae’s motivations and rationale behind why Won-hyung shouldn’t be out. It was two steps forward and one step back, if not more. I was also displeased with Kyu-tae advising Won-hyung that he should not flaunt his new relationship in front of Min-ah. Sure, it does not feel good to see your ex with someone new, however, that ex has moved on with someone new. It is difficult to ask that you tell him or her to let their new partner suffer for their ex’s sake.

So glad you could come and that you enjoyed yourself, Min!

LL #8 spoiler: I\’m in shock why does BSP have to lose his last family member?

The preview showing that made me not watch the episode. I’ll wait until next week when I can see the aftermath immediately.

I skip previews so it came as a shock to me.

Normally I skip previews too but I watched that one. I wish I hadn’t seen it. I have this sense of dread in my heart just thinking about it. 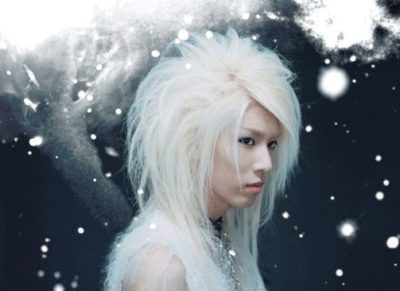 Definitely. But TVXQ, and to a lesser extent, SuJu also had it at the same time… 😁

TRAX was on another level though

Both the clothes and the hair was so extra

I am so glad that they had this era because it was epic, but I’m glad that it’s over because they are much more handsome without all the extra-ness ^^ 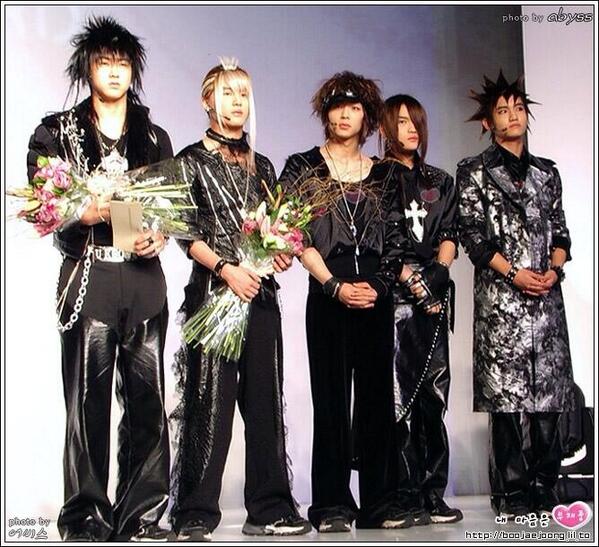 I think they even said that they used to tape the sides to their faces jajaja.

That’s hilarious! I think I remember something like this being mentioned on an episode of Immortal Songs.

yes I became an ELF in spite of the hair^^

#DBsMusicLounge K-Rock edition
Boohwal has so many songs that I love and Lee Seung Chul just hits this song out of the park, and it remains my favourite version.

After a 3 hour thesis defense, I am officially a medical doctor yay!!! A few friends were like let\’s go party, and I\”m like naah I\’m gonna stay home. jajaja.

Congratulations!!! Welcome to the circle of doctors who are also k-drama fans
:)))

yay glad to know that I’m not an anomaly! thank you!

So many doctors on this site!

Congratulations! it is time to relax after 4 years from stress. LoL I understand your feeling. I spelt 3 days after the viva.

yes it’s been a long time actually! in Mexico my school has 5 years of “school” mixed with rotations in small clinics, and then we have 1 year rotational internship at a secondary/tertiary care hospital and then in our 7th year we’re in charge of our own little rural primary care clinics ( we live at the clinic and get the equivalent of 120 dollars per month that year as a stipend) . I ended up taking an “8th” year to finish the thesis. so I’m finally done yay!

Hi, that music session we had yesterday helped in relaxing me. Thank you!!! <3

I’m so glad that it did!! My pleasure!

I love this song. I remember the feelings when I first heard it so long ago, when I’m feeling sad for no apparent reason this is my go to song. I like the FMV.

As a latina I was first exposed to the Spanish language original, but I fell in love with Jonghyun’s version, and Son Seungyeon has done it justice. I keep looping it.