Those lucky baristas! Rain and JYP driving by for a coffee.

Tbh I no longer trust the variety or on screen personalities of celebrities. It is part of their image making too but that said, I don’t have much doubt that Rain is as good as KTH quotes him. He seems like the very caring and doting husband and father. Idk about his earlier career days though but as much as I have seen of him, he looks like a gentleman.

Spent the weekend watching this cute c-drama I found on Netflix – Find Yourself. I’m only about 1/4 way through it but I’m enjoying the story so far.

It’s good! I had some reservations at the beginning, but it ends up so sweet!

Oh yay glad to hear that! I like it so far but i keep waiting for it to turn bad lolss *there’s a cynical drama-watcher in me*

Waiting for the weekend and Record of Youth recaps.

So far so good for Record of Youth. I can see the angst coming from a mile away but the trio puppies’ friendship must be protected at all cost! And who knew the look of a door could be so sad..

Parking this right here for keeps.

I had to pause and laugh at 0.11secs in, the location is so familiar from many a Kpop video. 😉

Okay.. wait!!!
Are you making me a playlist?
Is this @ally-le‘s idea?
ARE YOU REALLY DOING THIS FOR ME?!

Yes! We are! Everyone is suggesting songs this weekend! Another surprise!

I am curious to ask you..

How do you plan on nursing PHJ’s broken heart!

He just lost you 😛

Congrats though! Bless both of you

Shhh.. we’re keeping it a secret from Oppa.. no one tell him!

1. I had no idea SSR is married.
2. His tone when he answered the Qn is hilarious.

The way he laughed, i’d be totally offended as the wife. Oh and i missed the fam picture, he even has a kid! 😂

Hahaha. Yeah. Many doesn’t know he’s married and has a daughter.

This is too cute 🤣
https://www.soompi.com/article/1416651wpp/shin-sung-rok-reveals-the-unusually-forward-way-he-asked-his-wife-out-the-day-they-met

One last song to wrap up my 2PM week, Please Call My Name ~~~ 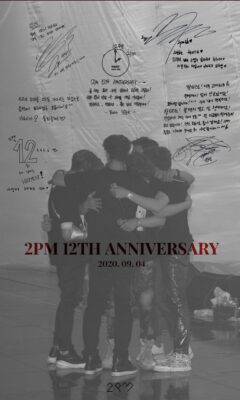 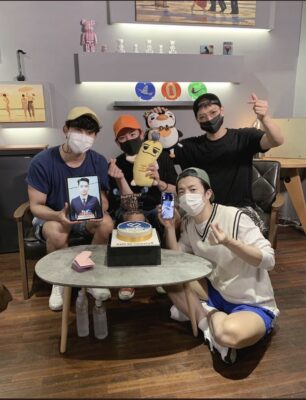 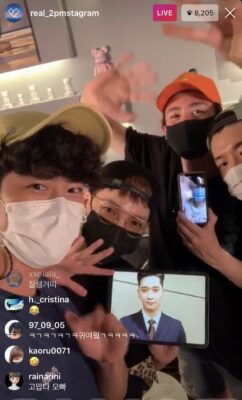 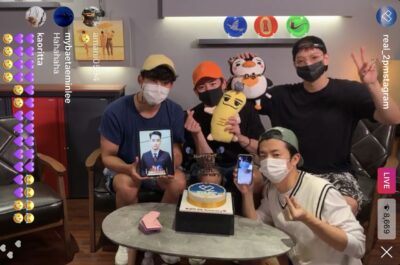 And he completed the challenge! I hope i get to attend their concert one day. Link to the paper plane event ⬇️

Unforgettable moment?? There are two moments i can think of! First one is when the fans threw the paper airplanes with encouraging remarks during our first concert! ✈️Second is when we finished our last concert in seoul and we cried like babies!😭#30days_HOTTEST_Challenge pic.twitter.com/wWYEM07C9f

JunK. is my bias in 2PM but I love the group. Heartbeat and Hands Up remain my favorite songs. I miss them. 2AM as well 🙁

Hands Up is one of my faves as well! Always a good mood booster.

2PM Step By Step, you and me together ~

How sassy and cheeky can they be?
Awwwwwwwwww.

The MV’s cuterrrr but they made it unavailable in my region now.

One of the best eps 😂

This was so absurd and so funny!!!

Hehehe this kinda reminded me of @yyishere ‘s Candy.
#FightMyWay

HOT? Well they are the beastly idols, my 2PM.

I miss them too!

Oh hey did i say i was gonna binge FoE? And not meet people? Ended up i watched TONS of Once Again vids on YT, ONE eps of FoE (which was daebak!) and peopled everyday. Back to work tomorrow so i still have to avoid all FoE posts til i catch up. It’s not right to skip work to have an extra day for a proper in-bed drama binge right? Okayyy.

Not one to appreciate choreography much, but the I’m Your Man dance is so swoonworthy that it stuck with me and is a favorite by default. So I’m posting the MV and live performance ~

Today’s 2PM post is inspired by Sam Dong from Dream High – a cover of You in My Vague Memory by Hyun Jin Young.

He’s annoying but cute.. so ok. He’s obviously having fun with this and Hottest are loving him more for it!

There’s a tiny part of me that’s still booing the agency split cos it means we don’t get to see Taec with the active members together and probably won’t until they reunite for a comeback. Sobs..

I hope they’ll surprise us with all 4 of them celebrating the anniversary together on Friday.

Member I want to introduce to my parents?? But… But.. why need an introduction when they are 2PM???🤷🏻‍♂️🙄🤩 and my parents already know them🤦🏻🤯 #alreadyfamous #ujealousyet #30days_HOTTEST_Challenge pic.twitter.com/IBhr6PGQ4B

Why? Why? Why?
You know what will happen to me, don’t you?
Why?
You have no heart…
(waits impatiently for the first post)