Beautiful! Thanks for sharing.

Me watching Born Again Episode 24 (12): “You can’t just give two models a long stretch of floor and not expect them to Walk it.” 😉

Dear prosecutor turned cop doesn’t even try to hide it!

I was watching episode one of Mystic Pop-up Bar on some site, and I thought to myself, “Is this show on Netflix? Those look like Netflix subs.” My sister checked for me, and my intuition was correct. I guess those gratuitous f-bombs were a dead giveaway. 😉

One of our resident Garter snakes decided to pop its head out and say, “Hello.” 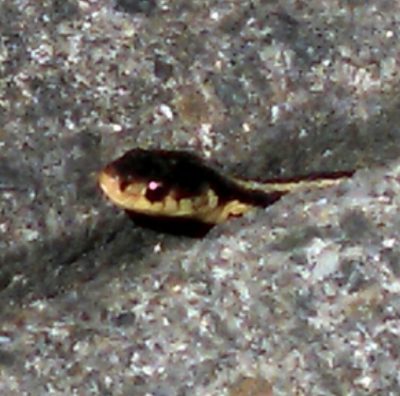 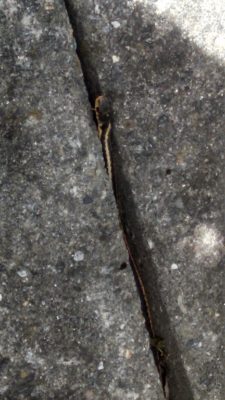 He’s quite small in real life. They do have a longish body, but they’re not large. And they’re not poisonous, so it’s not that bad. LOL

For some reason, while watching Extracurricular, I kept thinking that lead actor Kim Dong-hee bore some resemblance to Ryoo Joon-yeol (especially at certain angles). Speaking of Extracurricular, wow! That\’s an example of one bad thing leading to another until the sh&t really hits the fan.

My day so far: assisted my dad with putting together a corner desk and spent about two hours on career training. Tonight, I will cover one hour of reference live-chat for a coworker. 🙂

Born Again, this song is dedicated to you. 😉

I really wanted to post this. I love I.U’s vocals here. I’m not a follower of kpop, so I looked at the comments to read some of the interpretations of the video. I am aware of the deaths of Sulli, Jonghyun, and Hara and how they affected I.U., but I wouldn’t have understood some of the symbolism in the video if it weren’t for the fan comments. I also looked at the lyrics and some of the notes accompanying those lyrics. Those comments revealed even deeper meanings, especially with the infinity symbol and the number eight. I think it’s a song about loss and also of getting older.

Finally started watching Come and Hug Me. I guess Born Again was the impetus. 🙂

You’re going to love it.
I enjoyed it a lot.

Haven\’t joined in the discussion for Born Again yet because I have to finish the second episode. I would love to read what other Beanies think about the show.

I couldn’t finish first episode.
And if you read the wee-cap, well, you’ll see that most beanies didn’t like it. But there are some that do.

It would be a dream come true if Gong Yoo and Yoon Eun-hye were to reunite for a drama project. And a period piece with beautiful hanboks would be the icing on the cake. #pleasehearmedramagods

Has YEH ever done a sageuk?

Nothing comes to mind, but I wonder if she might have appeared somewhere, even if in a small part. I would still love to see her in one.

Yeah, but I need the saeguk tone for it to really count. 😉

I would cry my eyes out! #tearsofhappiness

I would probably get to that point as well if this came true. 🙂

Also, Lee Soo-hyuk looks likes so young in his short hairstyle as a detective.

Watching the first episode of Born Again, I couldn\’t help but constantly refer to Jang Ki-yong and Lee Soo-hyuk as werewolf boy and Legolas, respectively. 🙂

Thanks! 🙂 I really think they were going for Song Joong-ki’s Werewolf Boy look. And I’ve always that that Lee Soo-hyuk could play an elf.

Internet service finally restored after almost two and a half days. Whew!

Her voice is just so beautiful!

Last night, I watched the Turkish adaptation of the Korean film, Miracle in Cell Number 7. I’ve said a few times that I don’t cry easily when I watch dramas or films. I really don’t. It has nothing to do with being unmoved; it’s just that it takes a lot to get me to cry. Well, this film did just that. I wasn’t wailing, but there were definitely tears streaming down my face. It was such a beautiful and well-acted movie. I haven’t seen the original, so I don’t really know how the two compare. I heard there was also a Filipino version. 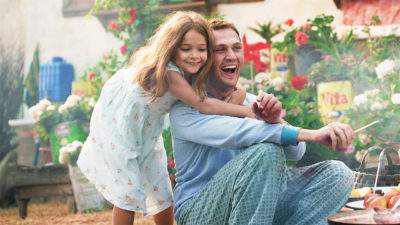 There is also an Indian version (Specifically a Kannada-language production). And I read that there is an Indonesian version in the works. Yes, the way the local culture shapes the storytelling is so interesting. The Turkish one is set during the military dictatorship of the 1980s. Do you know when the Korean original is set?

The beauty of languages! This was an interesting video. As someone whose last name is the same as a town in Catalonia, should I take up Catalan? LOL.

I found it much easier to understand the woman’s Catalan when reading it, but at some point I practiced listening without reading. I was happy to have understood a great deal. However, as is the case with all languages, the language is spoken more rapidly in daily life and words may be truncated.

I was happy to have understood the Spanish speaker (As someone who didn’t grow up in Europe, I find Mexican Spanish easier to understand that Spanish from Spain). The French was more difficult for me.

Anyway, it’s interesting how some languages can be much easier to understand when read than spoken. I feel that way about French and Portuguese.

While traveling through Argentina and Chile several years ago, although only with a vocabulary in my hand, I didn’t have problems to understand their spanish, but during my french lessons my teacher is fluent in spanish so when he explained something in spanish to Carlos and he responded to him I was like 😳😱😨😰 “nada”. Canadian french is so funny! Even the Belge french is slightly different. They invent new words or use those really old expressions. But it’s the same with english. British english is different from american one.

Yes, isn’t it interesting how languages evolve, not just through the passage of time but in different locations?

I can give you some insight here.

I’m Spanish and I speak Spanish, Galician, Italian and French.
The more Latin Languages you learn, the easier is to understand the ones you don’t speak. It’s easier to read them rather than listen to them because when you speak you have to count on how good or bad is the pronunciation of the speaker, his accent (a strong one can make you think they’re speaking another language), and the speed.

In Spain, for instance, we speak really quickly. People who speak Italian can usually understand Spanish if spoken at a normal speed, but when Spanish people talk among themselves they would go like a racing car. Many Italian friends have told me they can’t get a word if Spanish speakers are talking among themselves.

Happy to comment anything about it that you want. I love languages!!

Yes, I can understand why it is easier to understand a language when reading it compared to hearing it. There are just so many other elements to deal with when listening, including, as you wrote above, speed and pronunciation. I also wrote about the geographic influences on languages: the influence of the American content on the French and Spanish speakers in the above video, for example, in comparison, to various European influences on European French and Spanish. And this is true for any language as it moves from place to place.

When it comes to Spanish, I feel like something about the language itself makes it perfect for being spoken rapidly. One word just blends with the next. I can’t explain. LOL

Yes, languages are so interesting!

We do speak fast. And I come from the part of Spain where people are supposed to speak slower, but even so…
Latinamerican Spanish is quite a case. There are lots of English words that have an equal in Spanish but they are not used, and at the same time if you listen to Peruvian or Bolivian Spanish they use such a wonderful Spanish, the sentence construction is prefect, and the vocabulary may seem old fashioned but it’s beautiful.
The most peculiar American Spanish would be Argentinian, probably, as it has developed a proper second person of singular “vos” instead of “tú” and so the conjugation of the verbs has changed as well. And the accent is so distinctive, probably influenced by Italian as well. I love it.

“We do speak fast. And I come from the part of Spain where people are supposed to speak slower, but even so…” LOL. It’s all relative.

Yes, I have heard about the Italianized-accent of Argentinians, at least those from certain parts of Argentina.

I have listened to Peruvian Spanish as spoken in Lima. It is lovely.

I also wanted to add that because my parents are from Italy (Sicily more specifically), there are words that might be used in European Spanish and not Latin American Spanish that I am still able to understand because of their similarities to Italian or Sicilian.

Yes that can be true as Sicily and Naples were Spanish (part of the Kingdom of Aragón) until 1860, and so the language is very influenced by the Spanish words. Speaking about Sicilian: One of my favorite Italian TV series is “Montalbano”, and the action takes place in Sicily. I always try to watch it in Italian (with subs) and I can only understand the leads, because all the side characters speak Sicilian and I can’t get a word!!

“Yes that can be true as Sicily and Naples were Spanish (part of the Kingdom of Aragón) until 1860, and so the language is very influenced by the Spanish words.” Definitely. There is also the influence of Arabic, which was two-fold, both from the Arab and later Spanish conquest. Take the Arabic word, Miskeen, for example. Its meaning carried over into Sicilian. The Sicilian word, mischinu, refers to the pecuniary state of a person, in this case, someone who is poor. But it can also refer to the piteous state of someone. In Italian, however, my mom told me that it can be used to refer to someone who is a miser. And the Italian word is “meschino.” There are many other such examples.

Regarding Montalbano: the translation cannot do justice to the Sicilian. It is such a colorful language. All of the side characters are played by locals.

The Spanish word “mezquino” means exactly that.
Spanish was Muslim for 8 centuries, most Spanish words beginning with “a” or “al” and those regarding agriculture come from Arabic.

Yes, the Muslims were in Spain much longer than they were in Sicily. In the Sicilian capital of Palermo and its surrounding areas, there is a stronger Arab influence. There is also plenty of Greek influence on the Island. But truly, there were so many influences on Sicilian culture and language, as was the case with Spain. (Indeed, with almost every country).

Sidenote about Galician: I had a Spanish teacher whose father was a proud speaker of Gallego. He was from the Portuguese side.

Galician and Portuguese were the same language (Galaico-portugués) for more than four centuries, they began to walk separate ways around 1400, and by the end of the century they were totally different, mainly because Galician was forbidden to speak and write by the Castilian governors (as Galician nobles supported Princess Juana to the throne of Castille instead of future Queen Isabella… and you know in the game of thrones, you win or you die!).

I wish I could be a Tolkien elf, but my Mediterranean/Sicilian genes laugh at my Scandinavian aspirations. 😉