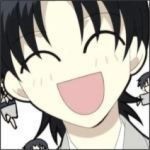 I writed a pretend-review on Sisyphus: Episode 1

I tried to comment but WordPress swallowed my attempts (or do you have moderated comments?). This is what I wrote:

I was thinking about the suitcases. If you suppose they are time machines (pretty much a given with that blue glow), with the twist that if you get too far away from them (or perhaps if you die?) then you snap back to your original time, then maybe Tae-san:
– was kidnapped by the glow-eyed helmet gang
– tried to escape by travelling forward in time (or was sent?)
– through a flux capacitor error, arrived at 30,000 feet
– was hit by the white aeroplane of doom and killed/separated from the suitcase
– ended up as a dead body in his own time, severely mutilated.

There are obvious problems with this (eg the trailer has Seo-hae running around unencumbered by suitcases) but maybe Tae-san’s story is something like this.

Speaking of tropes, I feel the ex-as-therapist fits right into the violation of medical ethics required for any drama (not only K-, it’s pretty much universal).

Also, we have established that the FL is a hearty if idiosyncratic eater, which is definitely a thing (spoonworms, anyone?). Bonus points if she’s a messy eater, jackpot if a rice grain or strand of ramyeon on her cheek requires sensitive yet shockingly forward wiping away by another character.

Also, when the pixellated footage of the body appeared I thought “at least they’ve avoided that physically impossible American trope where they say ‘Enhance’ at the computer and… oh, damn!” Apparently Korean for ‘Enhance’ is ‘Hyung!’

Rushed comment because Episode 2 will make it look stupid in about 3 hours. Enjoying this show so far.

Thank you! Sorry to be so impatient. Commenting somewhere for the first time is always a bit of an emotional deal for me.

no sorry! I hope we’ll see you a lot! And I understand, I also kind of shrink away from commenting. I’ll write it all up, then run away without posting it. 😅