I was lost in recent weeks. Then, I came across a IG story, asking ‘Name a movie that you want to live your life in.’ Without second thought, in a split second, Begin Again came into my mind. Music is one big part of the movie, so, here it is, a playlist with Begin Again’s soundtrack. 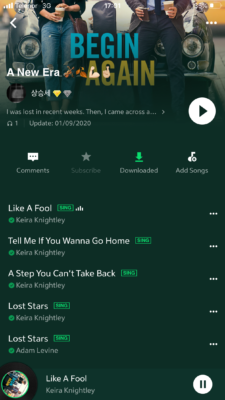 should I or shouldn’t I?
I want to wait until all episodes are released. But, I cannot wait when all these recaps and stuffs are right in front of me.
#StrangerS2

For a couple of years, I\’ve been experiencing a lot about my decision in career crossroads and having it hard most of the time. But, this is what I wanted the most and I believe that efforts will show results. So, I\’ve decided that I\’ll try as much as I can until the end with all my strength no matter what.

Thats such a beautiful mindset to have. Good luck with all of your career endeavors!

I’m glad that you are being positive 😊 Best of luck with your career goals!

Over the years, I’ve recognized that I prefer poems, essays and self help books over long length fictions.

After a tiring day with all those work and workout, I tried to sit for an online test with a cup of coffee at night. Messed up the demo exam which is like the smallest portion of the actual exam and now, I can’t sleep too.

I’ve started Stranger yesterday and already finished 8 episodes. The genre is not my type but I agree with every praises here about it.

I started it yesterday too! Already watched 4 episodes. I agree with you. It’s not a genre I normally watch, but it is fantastic.

I’m rewatching and savoring every episode. It’s even better than the first time!!

I was not a fan of Taylor Swift’s music in recent years. But, with Lover, and now, the whole album of Folklore, here I am, writing an appreciation post for a great album in my favorite genre for me to relate to.

Kang Tae\’s struggles made me overlook Sang Tae\’s emotions throughout the episodes. Sang Tae almost talked about when he hated Kang Tae the most earlier in the episode to Moon Young after he accepted her as his best friend. That was his secret. That Kang Tae wanted him to die and left him alone in the frozen river before rescuing him. Then, after being resuced, he left Kang Tae alone in the river, which I think is purely  out of survival instinct. But, the memory of being left alone had stayed in Sang Tae\’s mind ever since.
In his sketchbook, he drew a picture in which three of them going out on a trip with a camping car. So, he was accepting Moon Young together with him and Kang Tae as a group of three.  So, when he found out about Kang Tae and Moon Young (incorrect facts, through that incompetent lousy caregiver), out of insecurities of being left alone, he made the conclusion on his own that Kang Tae was lying based on his childhood memory.
Which is heartbreaking, because Kang Tae came back again and saved Sang Tae out of the water and has been living with that decision ever since Moon Young saved Kang Tae. And in Kang Tae\’s eye in the last scene, I just saw apologetic eyes for Sang Tae remembering all those memories and living with them.
Moon Young knew how and why both of the brother feel and that\’s why she didn\’t act out on impulse like she always did.
This is just how I perceived last 5 mins of ep 9 of IONTBO.
Moon Young, Kang Tae and Sang Tae all needs help psychologically, but that help can only comes from that circle of three, not from outside.

Yes to all that! All of them have been keeping that memory with them until today. Sang-tae remembered Gang-tae leaving him behind, not the part that he saved him. Gang-tae puts emphasis on him hesitating to save Hyung instead of the part that he actually endangered his own life to save his brother. Moon-young witnessed all this but she too has her own twisted lenses. It’s insane how we probably don’t even remember things correctly but memories stay with us in accordance to what we felt during that moment.

The last part of your comment reminded me of Shin Se Kyung’s line from Tree With Deep Roots. “His Majesty and Kang Chae-yoon are people who have fallen ill but the only person who can treat them is each other.”

A betterexplanation of what I wanted to say.
Director Doctor did not interfere and let everything happen and just observed. I think it is for the same purpose.

Yessss. Sometimes, we have to just stand and watch. It was release for all of them. They’ve swept that under the rug for a long time thinking meh the other person probably forgot about it. Now that it’s out in the open, they can’t just ignore it. They have to do something about it and that’s a part of healing too. I like the Director. He observes them and let them naturally heal.

I didn\’t know that there would be this much spoilers of IONTBO in beanies fan wall posts. It\’s been a long time that I have free time to read fan wall posts and I was strucked with SPOILERS, lol.

The temptation is too damn high. I posted the pictures with a 12-hour spoiler disclaimer though 😅

it’s okay. I watched ep9 right after posting this post and now I can read all posts freely.
Yay!

Then I hope you enjoy the arms and veins spamming 🙂

Lately, I\’ve been watching Korean videos from Youtube, from real life chaebols to scandals to even news. Most videos are without eng subs. And one day, I even dreamt in Korean.

Dropped The King for good. Even if I watched, it was just skipping most of the episodes anyway.

The Half of It
It is on my radar since the trailer was released. I watched it and it didn’t disappoint me. This is such a calm heartwarming  display of a simple
storyline. A feel good movie, imo. 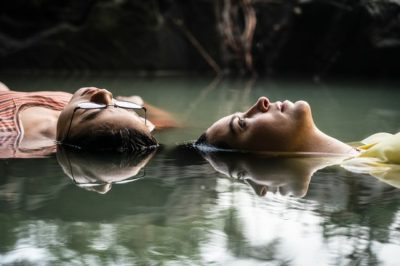 I\’ve been using DB account for 2 years, coming in here and then, though not being very active.
This morning, I read everything that I posted in DB. I am pleasantly delighted to walk a memory lane which I unknowingly collected over two years.

I visited Edinburgh earlier this year as a solo trip and it was a wonderful experience despite cold weather. I didn’t have specific itinerary and mostly just walked around. 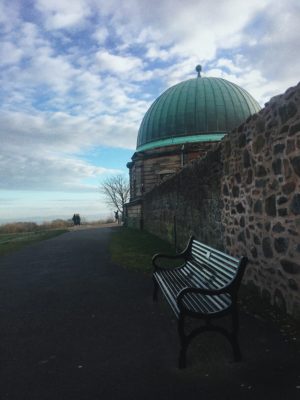 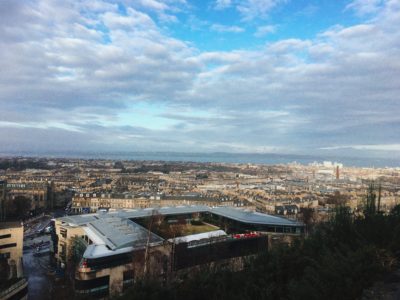 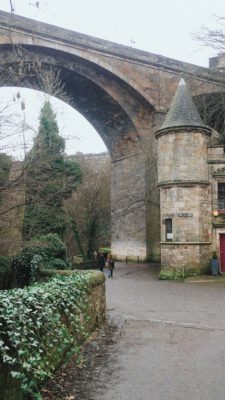 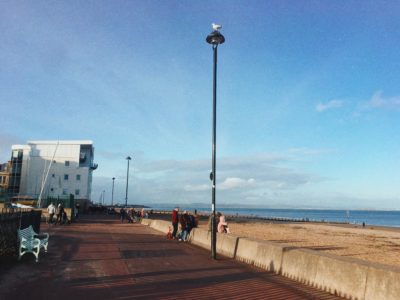 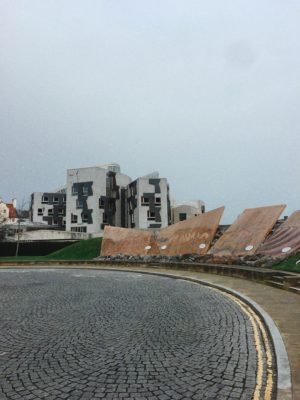 It’s a lovely city to just walk around.
I also visited during winter (early March).
I’d love to visit in May or June, late spring, it must be beautiful.

yeah, it would be beautiful in spring. My trip was in January and the weather was lovely during my trip, not much rain.

I’ve finished A Piece of Your Mind in two days in its finale week. Tbh, it has flaws but still not so bad to suffer the cut. There are many silly dramas and they did finish just fine.

I have a question. I was watching When the camellia blooms up to ep 4 until I stopped. Now that, I kind of know who the killer is and a rough idea of how the series proceeded. Should I continue?

YES. Kang ha-neul is great as Yong- shik and him with Dong baeks son is worth it alone. Although there is more than just that to recommend it.

Yes, there’s so much character development throughout the show, not just the main characters. It’s one of my husband’s favourite dramas. 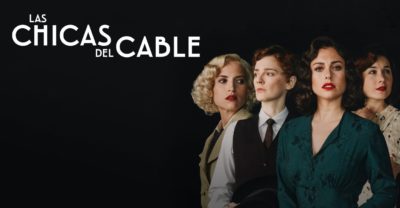 I’ve been meaning to check this out.

You should. It’s a not-so-traditional soap but still soap opera with superb acting by all casts.

Just because I’ve been into poetry these days and today is World Poetry Day. That’s why. Especially in times like this. 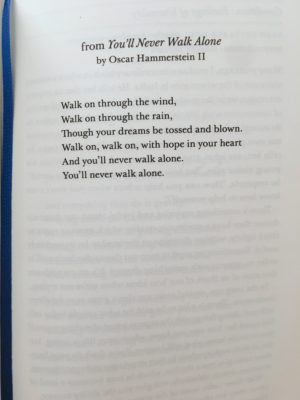 Thanks for sharing this beautiful poem! Walk on~

Thank you! Just what I needed to read:)

It’s like it is a given thing when I follow an idol group. But, this ending is so empty especially when their last album was released in 2015. 😔 They looked so happy in SMtown concert last month.

f(x) was one of the first girl groups I got into after 2NE1 introduced me to kpop. This was inevitable unfortunately and they definitely deserved better. Their sound was so unique and they paved the way for girl groups to be experimental.

Also, Rude Love is a banger. Gonna go put that on repeat right now and mourn.

I think it was inevitable and that the girls have come to terms with their time as f(x). Hence their happy faces in SMTown Concert. I was glad to see them (not exactly ALL of them) together and happy.