My interest in the Olympics has waned over the years but I think I’ll try to catch this year’s archery competitions—in part because S. Korea dominates! South Korea has won 39 Olympic medals, including 23 of 34 golds awarded in the sport since 1984.

I took a class a couple years ago with my son and I loved it. Here’s an article from Archery 360: 4 REASONS KOREA DOMINATES IN ARCHERY. The NYTimes article below talks the brutal qualifying trials, which sound harder than the Olympics themselves.

NYTIMES | July 20, 2021
SOUTH KOREA’S GOLDEN ARCHERS
For the country’s hypercompetitive archers, getting to the Olympics may be harder than winning gold once they’re there. 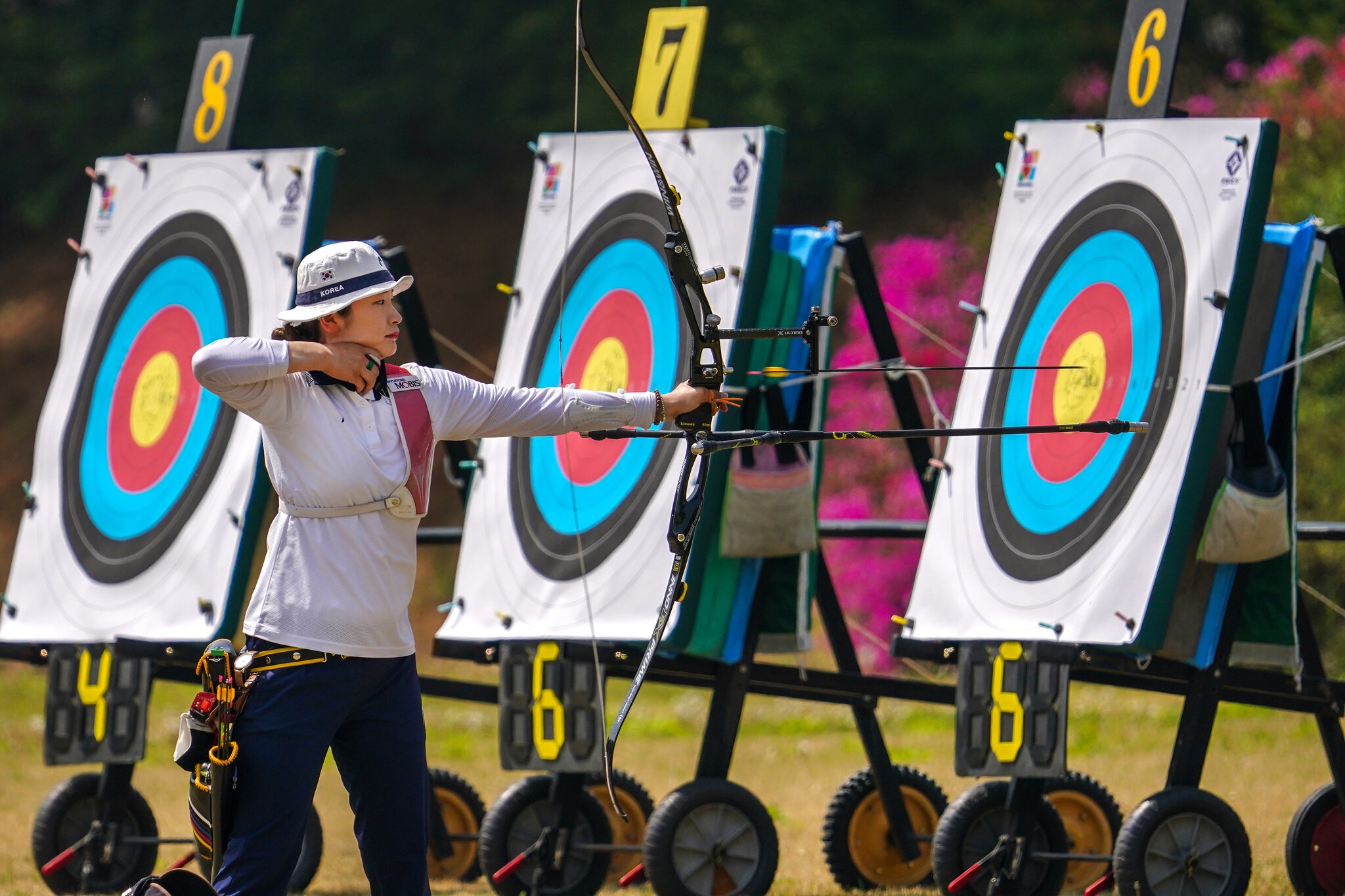 Thanks, those are really interesting!

I knew that SK dominates archery, especially women’s archery because it was a question in the Indian Who Wants To Be A Millionaire?

I share your surprise, @manichan. Dramaland kids are in taekwondo, judo, ballet, piano, violin, after-school academies, etc. Archery shines in saeguks, of course, but I’ve never seen a modern reference to the sport.

Whoops, @manichan—I just remembered Josean Survival (2019). The ML is a national archer who time travels back to the Joseon dynasty.

Kang Ji-hwan was replaced after Ep. 10 because of he was indicted for “quasi-rape” and “quasi-indecent acts by force.” What a f*cker. I used to really enjoy watching him because his face reminds of my brother.

My interest in the Olympics has plummeted ever since I found out that there will be no new episodes (for weeks!) of my favourite drama (OTVOI) because of it.

Is it true that OTVOI will not be around due to Olympics??? And for how long? I just binged all 8 episodes. Whey?

@cloggie & @epyc2010—I’m not sure if the schedule will be paused during the Olympics. I checked the Korean site at MBC and can’t find anything related to pausing the broadcast.

For a treat, take a peak at the MBC’s cast page for the show. They’ve got it arranged like an HR chart! Some characters have older headshots. I love that vintage Mr. Choi (Jung Jae Young) is wearing a plaid shirt.

My phone’s Google Translate app translated these relationship descriptions:
Between Ms. Dang and Mr. Choi (a line with no arrows): inevitable symbiosis

Between Ms. Dang and Nari (one way arrow from Nari to Ms. Dang): Check* & jealousy antagonism

*I don’t know what “check” means in this context. Scrutinize? Probe? Investigate?

Asianwiki has it ending 26 August so that implies a two-week hiatus. We’ll see!