Okay wait lemme see if I’ve got the leading theory right:
So Red Force realized that only EXO can beat EXO so in Lucky One EXO are captured and experimented on and are cloned forming X-EXO while EXO are presumably trapped by the red force. Then in power X-EXO are fighting EXO’s backup machine thing and losing but X-EXO’s Baekhyun saves them while the real Baekhyun falls into the ocean. Then in Tempo X-EXO are dancing infront of a cube in which people are trapped and their silhouettes can be seen and that’s presumably EXO. And in Love shot, X-EXO are fighting “baddies” but turns out those people are good and trying to capture X-EXO. And now for Obsession, EXO are finally free and they’re the only ones who can defeat X-EXO.
Lmao comeback time is the best just cause of the wild theories I AM CONFUSED BUT I LOVE IT xD 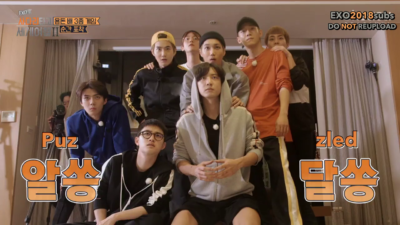 X-EXO are also called X-EXO because their powers are stronger than EXO’s.
Kyungsoo is the only one who did not glitch at the end of Tempo’s MV is it possible that he was the real Kyungsoo and not X-EXO’s Kyungsoo?
“Chen” is the traitor that gets EXO into trouble while Baekhyun saves them in Monster. But what if it was X-EXO in trouble and the real Chen was trying to get them captured.
Also in Kokobop, X-EXO are just chilling with EXO trapped getting high and all that. The good life XD