Not my favorite episode, but I will hide my pain
Here’s the BOSSAM Ep. 19 Recap: https://sageukclub.wordpress.com/2021/07/06/bossam-stealing-fate-episode-19-recap/ 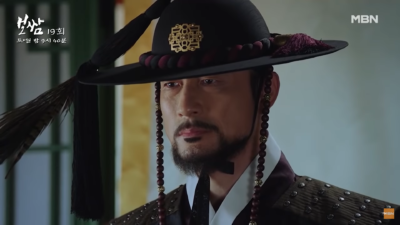 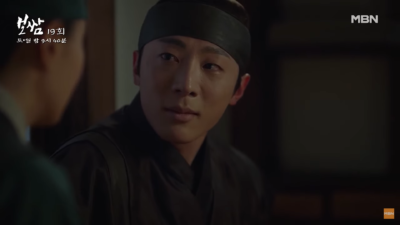 I’m on the road and couldn’t get internet yesterday to post this. I will try to get to Ep. 20 soon! Also I haven’t watched it yet because I’m worried about being disappointed lol.

Toki, I’m legit sad. I watched ep20 and finished just now. I won’t spoil you. I need time to comprehend this.

I’ve watched Ep. 20 now. I’m sending you a big hug @mmmmm. There is indeed a lot to think about… hopefully I can write a recap that makes sense, because I’m still scratching my head at certain parts. 😥

I feel you Toki! I don’t know a lot of historical stuff, but I felt like it would be perhaps difficult for you to explain certain things in the story, especially for the last few eps. *hugs back*

I, too, am thinking about the discussion we had about certain actions that DY could have done… I’ll write more in the last ep’s recap since I don’t want to spoil others.

Thanks Toki~ wasn’t my favourite episode either. In fact probably one of my least. Will save my thoughts for the final though.

I’m looking forward to whether I’m right or not about who dies. @mmmmm‘s reaction makes me think I’m correct, or maybe he becomes a formerly murderous almost king monk?

I am not liking this comment. I need time to process everything. I’m dumbfounded.

Is this your first sageuk M? lol
You should really expect death in even the happiest ones is all…

Yes. Expect the death of at least one person who seems noble and lovable.

@ndlessjoie If I was in a sageuk, I would be dead because I’m noble and lovable.

What is king monk? Is that a name of a fish?

Thank you so much, Toki!

Enjoy the summer, and we’ll meet again for the next sageuks!

Kiara why won’t you watch the last two eps? Is there anything that happened?

I don’t want to be disappointed besides I’ve been so busy lately.
I just hope it makes real sense and not those lazy “fate” types of ending.

Can I give a mild spoiler? About how I felt it ended according to the parameters of “Real sense” and “Fate”?

It didn’t make real sense, but it wasn’t a lazy fate ending.

Thank you Toki for the recap of episode 19. I will pick out three things in order of importance:
1. Chun-bae slapping his sinful hand. Was that in that in the script or from LJH? I think it was the latter. (Thank you Lee Joon-hyuk (1984) for a great performance.)
2. Dae-yeop’s tears after Soo-kyung’s departure. Heart breaking is all I can say.
3. Consort Yun. Kudos to actress So Hee-jung. Consort Yun laid both the King and Court lady Kim out. She was great and thanks Toki for highlighting her anger.
Now on to episode 20 (final).

But damn, that was a stupid plan, and if witty princess planned this with them, not pleased at all.

It was a convoluted episode: all the running around and everyone acting unilaterally with good intentions. But Soo-kyung got to tell DY and the king that she was married, a straightforward and smart move.

Court Lady Kim Gae-shi is almost as vile as V P Lee. These people who *know the mind of the king* and act on his behalf are despicable, The king’s weakness is becoming frustrating, and I have to keep reminding myself what little support he had because of the power of the factions. It all makes me think about Jeong Do-jeon’s shattered ideal for Joseon and how that all panned out with clans and their allies pitted against each other. Kim Tae-woo as Gwanghaegun is doing a great job.

On the fraught matter of our precious Yi Dae-yeob: it was great to see him working with BW. I hoped that would happen. I expected that when he found about his father’s death, it would be a pivot point for him. But V P Lee’s efforts to throw Soo-kyung at him show how little he understands DY. So ham fisted. While we hate V P Lee, I actually think he’s not such a smart guy, just evil, with no boundaries.

Well, it’s all winding up and I guess they had to squeeze a lot in, but my overall sense, having seen the final episode, is they kept us guessing right up until the end, so the confusion in this episode seems like a bit of a filler. It’s so great though that they acheived the ratings record.

This episode was annoying. I found myself wishing the princess had learned to use a sword instead of the bow and arrow.

Watching Court Lady Kim take some punishment was the only satisfying part. How does the Royal Consort think the king would survive a transfer of power to a new king chosen by evil Lee?