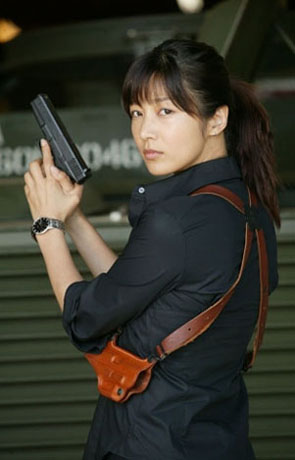 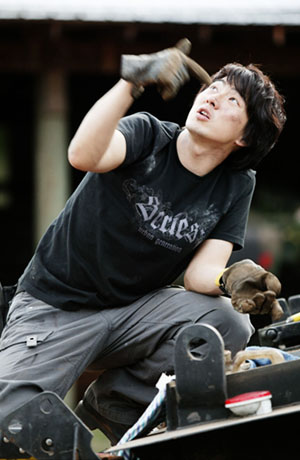 If you’ve wondered what happened to the SBS drama Lobbyist, aka The Most Ridiculously Expensive Kdrama Ever:

“Lobbyist” Postponement Actually Because of Subject of Arms Dealing

In a special news flash, SBS’s drama Lobbyist, scheduled to premiere on October 3, was suddenly postponed to the 10th because of the South-North Korea summit talks. However, the bigger reason is that the content of the first two episodes of the drama runs counter to the intent of the summit talks.

The first two episodes of Lobbyist dramatize the Gangneung incident* of 1996. In the story, Harry (Song Il Guk’s character) loses his father during an effort on the East Sea to stamp out weapons trade from the North. As a result of losing both parents at a young age, the orphaned Harry and his younger sister leave for America with their aunt. …

* The Gangneung incident of September 1996 was an infiltration of North Korean spies that resulted in the deaths of at least seven (South Korean) military and four civilians.

As a result, the drama will air on the 10th and 11th (Wednesday and Thursday), but with two episodes each night, to catch up to the original schedule.

haha
I was never anticipating the "lobbyist" anyways

I'm not particularly interested either, but I am curious to see what makes it so expensive. And it did film extensively in various locations both domestically and abroad, so I'm expecting it to look wonderful... but we'll see. Four episodes in one week seems like overkill though.

Lobbyist is not the most expensive drama ever. Its production cost is widely known as 120억원 (approx. 13 million usd), which is less than half of 태왕사신기 (TWSSG), which is also a 24 episode project. 왕과 나 (King and I) and 이산 (Yi San) both cost over 300억원.. granted these are longer projects (50-60). Before TWSSG, I believe SBS 연개소문 (Yeon Gae Somun) was the most expensive with 400억원, but I think TWSSG's latest numbers are 430억. 120억 is a lot of money for a 'mini' series (I would say 3 times the "norm"), but it's not the only one these days. MBC 식객 whith Kim Rae-Won and Nam Sang-Mi has the same budget with equal or less episodes.

Are you watching Yi San, by any chance? It's from the same pd who made Dae Jang Geum, and the quality is obvious. I'm watching episode 1 right now.

Lobbyst hasn't been on my mind at all. But I like the fact that it's been shot in many locations abroad, which already sort of indicates something about the production planning and story to me.

Hmm, I've definitely read that Lobbyist was the most expensive, albeit without numbers, so I guess everyone makes mistakes. Duly noted and corrected -- thanks!

Ack my comment's been cut off lol...

Given that parts of the drama are shot in the US, something tells me that I'll probably need WITH2 subs to understand the English-speaking scenes.