It cuts both ways 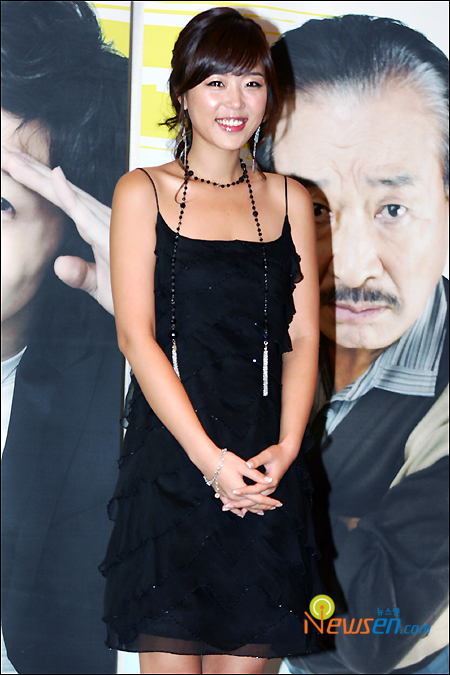 On a recent episode of talk show Sang Sang Plus, actor (she was in the family sitcom Unstoppable High Kick) and singer of pop group Koyote Shinji admitted that she’d been hurt by the work of anti-fans, that dreaded and inexplicably influential subgroup of Korean society whose purpose in life I cannot even comprehend. (Really? You’re going to go OUT OF YOUR WAY to purposely tear someone down, for absolutely no personal gain whether financial or otherwise, purely for the pleasure of ripping someone apart? DOES NOT COMPUTE.)

This time, malicious rumors that reduced Shinji to tears said that she’d been behaving unprofessionally in missing scheduled appointments because of a bad drinking habit. Recently, she’d gone away to Dokdo as a replacement (“black rose”?) for her Koyote buddy (and regular variety-show participant with the hilariously goofy sense of humor) Kim Jong Min for a Happy Sunday segment. The info was distorted, and when she came back there were reports that she’d been drunk and couldn’t even make the first shoot. 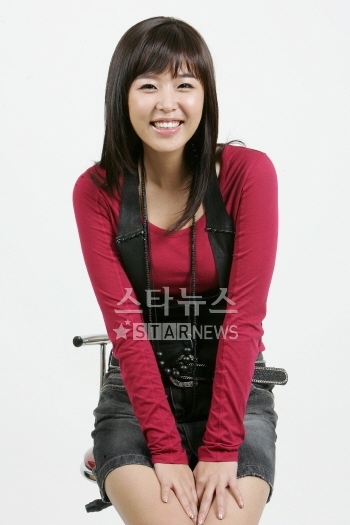 In the wake of the reports, some of her other appearances were canceled. That in turn fed the fire, causing people to conclude that the drinking rumors must’ve been true.

I don’t really watch Sang Sang Plus, but apparently this episode (October 30) follows this with a discussion on the various anti’s that the other panelists dealt with in the past, which might be interesting.

On the OTHER HAND…

Shinji also has revealed she was the president of pop singer Kim Won Joon’s fan club during her high school days, and even met him. Not only were they on good terms then, they occasionally keep in touch even now.

As club president, when she went to fan club camp (who knew there was such a thing?!), Kim Won Joon’s manager even came up to her and promised, “When you graduate, come to me and I’ll help make you a singer.” (She ended up debuting first, with that manager.)

If the only anti-fans had a face people could respond to, then it would fair game...and all those caught doing stupid things like putting toxins in a singer's coffee....should be charged by law even if they are minors.

I can't believe that (1) they get away with so much of the shit they pull, and (2) that when caught, they are dismissed with nothing more than a slap on the wrist for something that would be a criminal activity when framed outside of the "fan/antifan" context. They're scary.

ShinJi is an amazing singer...I hope she pulls through whatever problems she have - if they do exist or they don't.

I don't know a bit about this person, but I too find it beyond imagination that these so called "anti's" even exist let alone be allowed to act with impunity to tear down, harass, and even drive Korean celebrities to end their own lives. How an element like this can go unpunished, and by inaction, encouraged to thrive is beyond madness. No society can just sit back and allow this type of bullying of hard-working individuals that do their best to provide us with entertainment. If you don't like what you see and hear from entertainers, don't listen to them and change the channel when they come on the television. So much hurt with nothing gained other than satisfacton rendered to the sickest members of society. We need to take back this ground. Fight against the haters. There are more of us than there are of them!

I can't believe that anti-fans really exist. 'tis scary, they are. But even scarier are the fans, not the anti's. They tear into anyone that stands in the way of the delusional dream of their boy band or whoever they idolize.

Especially SuJu's fans. The Elves are just scary. I can't believe they would drive anyone to suicide and just get away with it on just a meager apology.

One thing I love about American media, no psychosis driven anti-fans to rip into celebrities. No matter how stupid they are. Case in point: Britney.

I'm not really in touch with the Suju fanbase or world, so I don't have a firsthand knowledge of Elves. But yes, from all accounts, they are a scary-loyal-dangerous bunch.

BUT, the only reason I put anti's on a different (worse) level than rabid -- even malicious -- fans is that you can at least understand the mentality of an over-devoted fan. They're "defending" and "protecting" the object of their devotion, no matter how twisted their methods may be. While those Elves were malicious in verbally abusing and attacking that poor girl till she committed suicide, they didn't actively go out and hunt her physically down. Whereas anti's -- you never know what dangerous stunt they're gonna pull, and they will and do get physical in their threats. And for no "purpose" other than tearing someone down because they don't like them. I am not by any means a DBSK fan, but when that anti was caught for POISONING someone's drink, premeditating the assault, posing as a fan to gain access, and sending said celebrity to the emergency room because he DRANK her superglue-laced drink -- and then she gets off for being a misguided kid who never meant harm? That was inexcusable. She should've been prosecuted -- within reason (no need to make it a witch hunt), but punished criminally. Because what she did was criminal. And she's not even the only case of such horrific acts.

Why did the Elves drive the girl to suicide? Sorry, I hadn't heard about that.

I did read about the anti that poisoned that DBSK member and I completely agree that she should have been prosecuted, I mean she was deliberately trying to kill someone! Why are they being let off the hook so easily? They may be minors but can't they be held accountable for criminal acts? I don't get it...

I think ShinJi's a great entertainer. It was brave of her to speak out even though she already had 'antis' bothering her.

The thing is... Korean netizens are generally... woof. lol Kidding. Not everyone... but these certain 'netizens' are really crazy. They even make 'cafes' and 'clubs'. I pity those pathetic people who do this, but at the same time want them to be punished.

If their comments can drive a person to doing suicide... in my book... I already consider that a kind of murder. Seems to me, they really say hurtful comments that attack not only the physical appearance of a person but also the personality and the ability of one.

I feel sorry for the artists and the people who are bothered by these... 'creatures'. xD I mean... these antis are just adding up to the humongous stress from work that they already have to cope with. No wonder some artists get easily depressed. (o.o)

I also agree about that DSBK anti being prosecuted. So what if she's a student? This will just make 'antis' lose their fear of the authorities... and THAT IS BAD. Aaaaah-- sometimes I'm thankful that I don't understand Korean as much... lol.

pami, the gist of the story is, some high school girl lost a ton of weight and suddenly became 'pretty.' she was a suju fan and got her pic taken with one of the guys, it got circulated around, and a bunch of mean-spirited Elves started bashing her and making vicious rumors about her, about her weight, about how she lost the weight, etc. the girl (already with fragile self-esteem, it seemed) was harassed so much that she finally committed suicide. afterward, some Elves expressed their regrets, while others continued to malign her character, saying how it wasn't their fault, blah blah blah. if i've gotten any of this wrong, perhaps someone more versed in Suju news can correct me.

exactly, i cant believe these matters are taken so lightly. These "fans" are living in a dream world where they'll think they'll marry one of these guys and go on a fairytale spree, its a open freakshow really.
there's definitely a difference between wishing and actually literally making sure your impossible dreams come true.

i had really bad dreams when i heard about that girl committing suicide. i think its just this particular aspect where people did nothing about it, even the company itself. it isn't much to just respect her death isnt it, i dont think its asking for much
i read that they actually tracked down her mobile number and harassed her with crude messages, and stuff like that
downright heartless

antis are another thing altogether, i dont understand these people, seriously. they receive such pleasure knowing they've almost killed someone, i dont see the sense in that

I disliiiiike korean anti-fans. they're loathsome and they spend time hating on an entertainers. If hollywood stars hate paparazzis, I think in Korea anti's are feared.
I really dont get them, sure I may dont like some of korean singers/actors but not to the extent of maliciously spreading rumors on them attacking them personally and more especially attacking them on the net. really anti's are pathetic.