Are they or aren’t they? 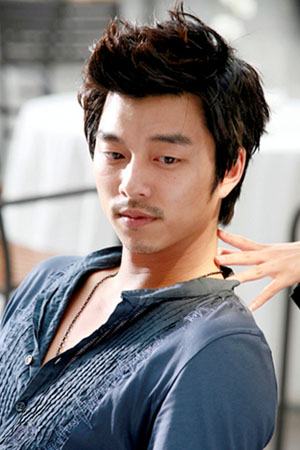 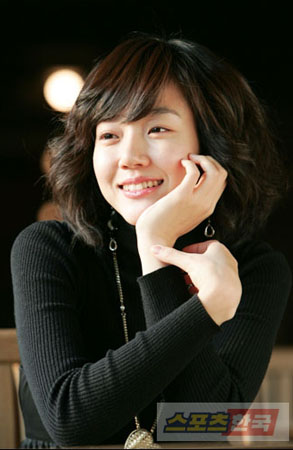 Last year, reports that the two were dating spread when Gong Yoo and Im Soo Jung were seen together at the Jeju International Airport in September. At the time, Gong Yoo issued a strong denial to quash the rumors, saying, “Im Soo Jung and I are merely good friends, and a group of our friends had met in Jeju Island.” Im Soo Jung, on the other hand, had an indirect denial, saying, “I’m touched, since this is the first time I’ve been involved in romance rumors in my career.”

Even amid heated interest from netizens, the two denied a relationship; the topic gradually faded away. But as Gong Yoo’s military enlistment neared (his service started on the 14th), producers of the show began taking more of an active interest, keeping watch over the star’s home and hinting that there’s proof of a relationship. But, naturally, they’re keeping mum for the present until they reveal the facts of the case (because it’s all about ratings!), in the January 25 episode of the program.

TMZ of Korea? the producers watch over his home? Now that's commitment, stalking him when he's not even home.

Sorry for being shallow but that is a really good picture of Gong Yoo. You always find such great pictures of the actors/celebrities :)

This is one of the few couples I approve of (if they are even going out) I love Lim SooJung, she's quite a beauty and one of the classiest actresses around.

Are you serious? That sounds like their TMZ or the paparazzi!! You'd think the producers wouldn't do this...Then again, there's probably not that many freelance paparazzi who sells random pictures of celebrities out there as where I live...You probably assign your reporters to a celebrity.

I don't like this couple much....I like my actresses younger (I KNOW she's not old, and Gong Yoo is technically old, too, according to my standards.) Still, if they're dating, best of luck. They look good together, though.

wow! if that's true, more power to them. i like both actors. i agree with everyone, great picture of GY :)

That's interesting. They do look cute together, but I doubt that there will be more about them other than this.

Ahh, thank you for sharing today's featured song. :) I liked it after I heard it for the first 15 seconds. Whenever I'm looking for new music or new artists to listen to, I always come to your blog since I usually end up liking whatever songs you post. Oh, I'm not implying that I leech music off your site! @[email protected] I read your posts on dramas too!

I think SJ fits the descriptions GY gave an interview somewhere for his ideal girl. Best wishes to both of them, if this is true.

My Eunchan, my love. :D. Love her so much in Misa. Yes, indeed she is my classiest and versatile actress and my favorite as well, I have liked several actress but she grew in me without I have to depend she as Lim Soo Jung but as the role itself. Didn't have to try hard to be all that funny yet her acting is natural, subtle and fresh.

This is really amusing ( even if it just a speculation ) one. I have heard about this before. Emm, i like both of them yet this is mere speculation, maybe they have something going on between them, maybe not. But whatever the condition is good friend they called themselves, is a great starting point of a relationship.

Nevertheless, if anything happen, I would like them to flow naturally. After all love is all they need. Both of them can make a great couple. It just there is something within both of them that we can't see on the screen that they will fit each other. Like complete each other happiness. Just my 2 cents of rants.

But no matter what each one of them deserve to be happy no matter who their loves one. Either it is are they or aren't they. If yes, then wish them the best of luck, if not it is ok just let them find their true love.

* No matter what, she is my very favorite character on screen that her called " ajuhsshi" make me flutter inside has this very deep, intense feeling of love. Remembering how she smiling by herself when imagining 'her ajuhssi' was standing on the wall and how she lay her hand on the grave slowly brushing it over on the sand with heart full of love. A rare moment for me. Ouch. :Love, love. Ok, enough.:D

Er, off topic but doesn't that disembodied hand on Gong Yoo's neck kinda freak you out? *shudder*

* Just want to share something regarding his interview. Anyhow this is mere interview. Either one, ones could interprate as they wish and like.

更新日期:2007/11/28 04:39  李雨勋／首尔报导
孔侑因《咖啡王子１号店》爆红，27日首度接受台湾媒体访问，透露手指、脚趾美丽的女孩最迷人，笑言：「我有恋脚癖！」他避谈绯闻女友林秀晶，却又表示喜欢善良又小鸟依人型的女生，条件与林秀晶不谋而合。
GY became popular due to CP interviewed on the 27th, he revealed that young girls with beautiful fingers and feet are the most attractive, smiling and saying “I have a foot fetish!” He evades talking about rumored girlfriend Lin Soo Jung, and discloses that he likes kind and small “little bird-like” [literal translation] girls; qualities which seems to be similar to Lim Soo Jung.

个性黏人 喜欢女生成熟体贴 – Outgoing[?] Individual Likes Mature and Affectionate Girls
他至今谈过３次恋爱，对象都是个头娇小，且手指、脚趾漂亮的女孩，「妈妈手指非常美，多少受到影响。」他自爆个性黏人，女友最好成熟体贴，可让他依赖，又能理解演艺工作。综观他所说的「理想情人」，不禁令人想起之前与他同游济洲岛的林秀晶。
Up to now, he has had 3 love relationships , all of them are petite with beautiful fingers and toes, “My mother’s fingers are extremely beautiful which has some influence on me.” He reveals he is an outgoing [?] person, and it’s best if his girlfriend is mature and affectionate who he can depend upon and understands the work of an actor. From what he says of his “Ideal person”, it’s hard not think of Lin Soo Jung who travelled to Je Jeu island with him.

wow, as this is still speculation now i wont totally buy it.. but im happy for gong yoo if this is true.. id think they make a good pair. they are both talented and good people. so i wouldnt mind. it creeps me out they stalk him even if he's not there.. plus ditto nice pic.

Why can't he be linked to me? I'll go wherever he wants me to go. LOL. I wish! The girl looks nice but never seen her in any korean dramas or movies. Yup, I think this is all just publicity stunt too! Figures!

Gosh I'm sooo jelaous of that hand on his neck. It could have been meeeeee!!!!!! WAAAAAAAHHH!!!!

Hey guys! How are all of you? Where is Gramps?

Im Soo Jung has been popular in big screen i.e I'm Cyborg ( With Rain), Ing ( With Kim rae Won ), the latest one, Happiness. She started in I'm Sorry I'm Love You with So Ji Sub.

Yes, she is indeed not hugely known the korean drama lovers because she just stared two drama but she has been recognized in the whole entertainment and will drew people to her for those who seriously looking for solid and pure talent of acting.

Beside, she also has been voted the first place an artist that people want to handcuff dating based on her personality, talent, persona and look.

She just starred in two drama yet it has been reach high popularity and very excellent drama and acting. Subtle and deep. Versatile. I loved her because she can developed in the character. I like YEH before, but I loved Im Soo Jung because she is so deep in her character, very immense and funny in her own way, fresh and natural. For almost 7 years I know about korean drama and has fall for several actress, she is my favorite now. Just different.

ah... they do look compatible... it will be quite a lady who wins beautiful gong yoo's heart <3

i hope it's true :) they make a beautiful couple. i got to know ISJ in A tale of two sisters and MISA while GY in coffee prince. there are videos in youtube too about their rumored affair, GY attended the premier of ISJ's movie in 2006 means they have been friends for a long time

Though we hope GY will fall for YEH, feelings cannot be controlled. I loved ISJ in "Misa" and agree that she's a good actress. They'll make a good couple!

i don't want them to be going out!...i like gong yoo, but the girl isn't pretty and she has weird roles, shes an ok actress but i don't find her pretty at all...gong yo would be sooo much better with yoon eun hye, shes teh best

hellow youre my hero
iloveyou so much and
ihope youre my friends. plz

i've seen gong yoo in probably 4 things, and i've seen her in i'm a cyborg, she was really good and unrecognizable in that. good for them if its true.

hmm.. i still prefer gong yoo and yoon eun hye though. she does have beautiful fingers and they have an undeniably sizzling chemistry together! i really want to see the sequel of 'coffee prince' with bothe yoon eun hye and gong yoo in it!

I visit this site a couple of times a day.

Any updates yet on the proof that the News Agency! Kura’s Desk have about Gong Yoo and Im Soo Jung being in relationship? What proof do they have? Really would like to know, since I am such a fan of Gong Yoo. Not much of a fan of Im Soo Jung but I have seen almost all her movies starting with A Tale of Two Sisters.

cute. i like them both. good luck to the both of 'em.

I still prefer him with YEH.Oh well....only just the viewers' wish right...

But still can not help to be a fan of this relationship even it true...:-(

when are we going to see a follow of the most awaited and anticipated coffee prince or is these merely a fanmade idiology? are any of the execs of the most renowned tv hit series going to do a follow up sequel? is there even any talks made? fans are dying to see what will happen next to our belove characters.