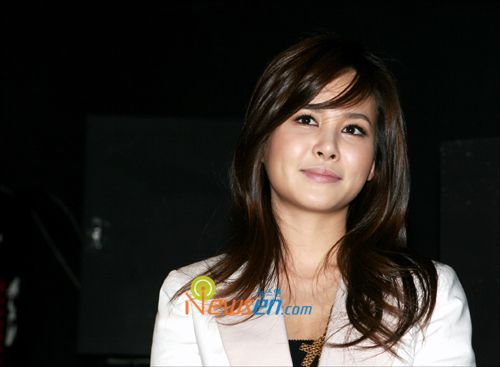 She’s had a pretty tough year, what with the allegedly violent and angry ex-boyfriend blackmailing her regarding an alleged sex tape that never materialized, and the subsequent airing out of the relationship’s dirty laundry, including accusations of cheating with fellow pop singer Wheesung. And the netizens have torn her apart over the smear on her reputation. It doesn’t matter that her ex was found guilty and sentenced to hard time for his blackmailing; a woman is accused of sexual promiscuity and the “slut” tag gets thrown far and wide.

In the wake of all this ugliness, Ivy resurfaced online on the 24th on her own fan cafe, explaining her long absence due to being sick and tired of the internet, sick of her name being in the news. She wrote to her fans, “I’m doing fine. I’m praying to erase all the bad memories in my mind. Since I’ve only been at home, I’ve gained some weight, and my health has gotten a little worse. Sooner or later, I’ll have a medical checkup done.” She added, “[My fans] were probably worried about me… This year, I hope for lots of happy things.”

Well, things can only improve, right?

I feel sorry for her. Its terrible that society has double standards. That a woman will be labeled a "slut" without just cause and the man get away with it. I wish her all the best and success this new year.

I love the song you posted, although I dont understand the lyrics, im not korean. I like her voice very much.

Btw, what are you using to embed the song on your post?

She just has to take it day by day. I truly wish her well

this is a nice song... ivy's a good singer & she's pretty to boot... it's kind of sad that success has to come at such a high price :(

sad thing about it is that most of the flamers flaming her...are women.

Well I guess I'm just glad she's reappearing. I'm definitely a fan of hers and to see her go through this isn't the funnest thing.

I hope things will boil over and she'll make a successful comeback.

Never heard of her but I feel for her. She has bone through so much and is still standing which proves she is strong. I hope she has someone she can lean on at this time. :-)

she looks pretty and sounds real nice. but think her image has taken a beating..

So does anyone know what is next for her?

I wish She could sing more her voice can change many things.. and i think she deserve to have her time for her self not to have all these trouble going over her head Wish her Luck!! for 2008!!