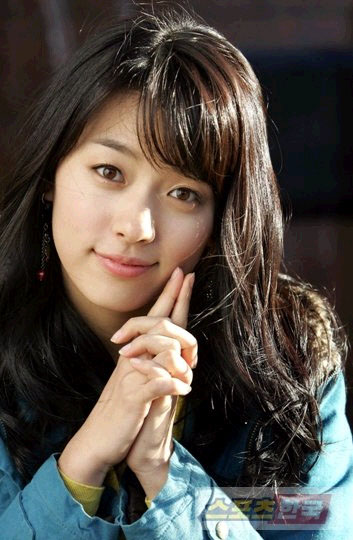 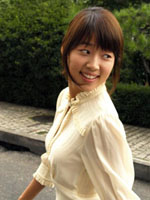 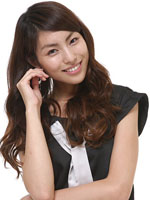 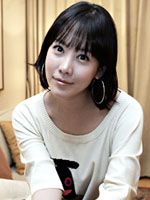 Same here I already was more interested in the SBS version with Lee Jun Ki and unless they cast Ha Ji Weon for MBC, which I doubt, it's complete victory for SBS.
But we never know, MBC is known for HIT dramas after all ^^

Yeah, I'm looking forward to seeing the ultra-likable (not to mention pulse raising!)Han Hyo Joo in another drama. I much prefer to see my favorites appearing in dramas as opposed to movies which usually leave me wanting more and getting less. (Are you listening, Eugene??!!)

I'd also like to add further confirmation that LJK scored big here!

Am I the only one that doesn't like Han Hyo Joo on Iljimae?
Personally I find her acting annoying, I think she needs to improve a little bit more.
I do not hate her, I liked her in NONSTOP, but... I don't like her acting...

Lee Junki's version already had a leg up with Park Shi Hoo from Perfect Neighbor as Lee Junki's foil imo. I really liked him in that (and so darned attractive) and Han Hyo Joo is just icing on the top.

A lot of people seems to be rooting for Lee Junki's Iljimae. I personally find that his Iljimae already HAS an advantage with him as lead. (Yes, I'm a fan, more so after I watched Time of Dog and Wolf) ^^ But everyone else is definitely going to help.

Then again...we've had failures before...even from the very best....

I think I will have to watch both and see which I like better. Everyone is of course siding with Lee Junki. But who knows? Lee Seunggi's Iljimae might blow Lee Junki's Iljimae out of the water.

My personal opinion about Han Jihye is negative. She doesn't seem like a pleasant person. Lee Donggun if better off.

Speaking of new bites - I've just been watching KBS2 live streaming and they were doing a report on 2 people that I believe have recently died? A girl - who's face looks very familiar and a guy who's face looks VERY familiar -
could this be an end of the year retro - or are you aware of an actor and a singer(male) that have recently passed away - they look so young - and i recognized the faces of the people they were interviewing from all the recent awards shows?
do you know anything?

I'm brand new at the blog, and just wanted to say thank you! As an american obsessed with Kdramas that doesn't understand Korean, it's hard to find all the good gossip and shows.

Hyo Joo's such a lovely girl..she has a very charming smile. Well, with Lee Jun Ki, the drama's already gona be half successful, with the rest Han Hyo Joo, Lee Young Ah and Park Shi Hoo, the drama's probably on the way to score a huge success already.

I was not that enthusiastic about Iljimae before this...cos Lee Jun Ki just DOES NOT click with me. But with Han Hyo Joo, I'd probably give it a try. Hehee.. I'm personally more looking forward to Lee Seung Gi's version...I adore him

MBC just did a special on the same girl's passing away - but i think i saw the date 12.16.06 on one of the news reports - maybe it's a 2 year memorial? It just was SO sad. everyone kept saying how much they missed her.

I love your News bites!

I just love your posts in general!

They're something I look forward to every single day when I go online, hahaha.

Han Hyo Joo has the sweetest smile. Seung Gi is also a sweetheart but Junki is definitely the more seasoned actor. Now with this cast, I wonder if MBC will scrap their project?

Aw, you don't like Han Ji Hye? I've always loved her since I watched Sweet 18; I think she's adorable. Her and Lee Dong Gun were my favorite off-screen-while-at-the-same-time-on-screen couple.

Oh, Han Hyo Joo was cute in Nonstop 5, and I love Junki in Time of Dog and Wolf. I might just check it out. I can't quite imagine her being his love interest though.

i agree with #14, its the opposite with me; I like Han Ji Hye and I don't like Han Hyo Joo sooooo lay off please

Aww nobody seems to like han ji hye! It is actually the opposite for me with the ex couple. The one that always seem smug to me is lee dong gun! That smirk of a smile of his just irritates the heck out of me! LOL!

Han Hyo Joo - I think she's pretty, I like her looks, its refreshing. I can't talk the same for her acting though am not too familiar with her. I am looking forward to LJK's new projects. Yes, am a fan.

Btw, do you have a source yet for the doll that looked like him? Is it open for overseas purchasers?

I'd like get my hand on the one with the suit!

Haha, I agree about Han JiHye. The girl's cute, but rather annoying and conceited.

LOL.. it's only my suspicion.. but i hardly believe there is a k-actress in existence who ISN'T conceited... but whatever.. as long as they're good at what they do...
LOL @ dae... hunting for the junki doll O_O

i do like han hyo joo...her face really is refreshing. although i still find her lacking in the acting department. she's not that flexible yet, only being able to act roles in dramas and sitcoms as one of the "good" ones...

Not knowing anything about these people personally, I had no idea that Han Ji-Hye was co-starring in the other drama, or that she was held with such disregard by so many fans. I will say this though; She is absolutely gorgeous as well and I've been charmed by her in everything that I've seen her in thus far.

My opinion, of course, must be tempered with the fact that I'm a guy and, as such, am often far from rational in my judgements of the opposite gender.

As for the assumption that most or all KDrama actresses are presumed to be arrogant and conceited, I'd like to hold up the likes Yoon Eun-Hye, Moon Geun-Young and Eugene Kim as examples of the contrary. From their interactions with fans and work in areas for the betterment of society, these ladies (and, no doubt, a great many others) serve as positive role-models and appear to be people with a genuine affection for humanity.

@ robbo4... this is not to say that k-actresses are horrible people... i'm sure they also have genuine, positive qualities.. it's just that aside from talent, their profession is based on physical beauty, public image and status.. their world revolves around self-promotion, all to generate wealth and success for themselves.. i just wouldn't imagine these things as promoting or attracting personal characteristics of modesty and humility.. moreover, it's their obligation to be appreciative of the fans who make them who they are, and their responsibility to contribute back to society from the excessive ways in which they've been rewarded by it.. i think they're good at what they do.. i just don't regard celebrities as saints, nor entertainment as a humanitarian enterprise.. it always amuses me to hear an entertainer ask for "support" from fans as if they were an urgent cause in crisis..

Either way, the girl annoys me to an irrational degree. Can’t explain it; she just always looks so smug.

Haha, strange, cos I always had the same complaint about Lee Dong Gun!! (whom everyone around me luurrrrves) Anyway what a pity they broke up, I liked the way they were a couple both onscreen and offscreen, and it really looked like they'd last.

yey for han hyo joo!! i wasnt as interested in sbs version as i am with seung gi's version.. ahhh.. but ill check it out as well.. more for hyo joo than ljk.. he never really struck a fancy with me.. i dont know why.. but ahhh love seung gi cant wait to see his acting.. ^^

hmm.. that whole han-lee breakup was too fishy. all of a sudden too. though they were a cute couple and they were together for so long.. id actually thought they be one of those couple whod make it..i dont have much opinion about han ji hye, though she's like sooo thin, tall and good for a model. i like lee dong gun he's nice guy. her saying that well it sounds weird. i dont know id call it filial piety or being a bitch about the whole thing. like she wants a one up over lee dong gun. best of luck to ldg.

the before and after of cosmetic surgery sounds cute. the caps are funny. plus the expressions of LJW is to watch out for. he is a definite hottie, just cute. ahhh such potential i saw in air city. too bad it ended that way.

sorry but i really don't like seung gi amg han hyo joo becuz i don't like their acting. the acting of han hyo joo is so annoying ang she is not cute.she is pretty but i don't attracting her appearances at all.