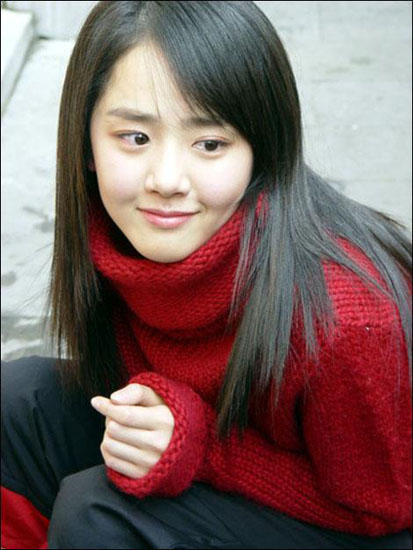 All together now: Awwww…

A year ago, young actress and current university student Moon Geun Young made a donation of 300 million won (just over $320,000) to (re)build a children’s center in a small village in the remote location of Haenam (at the very southern tip of the Korean peninsula). She even paid an unannounced visit to their classrooms, to their surprise and delight.

This year (er, 2007), the children decided to take their cue from their big sis and came up with the idea — entirely on their own, the article points out — of donating their own money to an even needier cause than themselves. But as they are hardly rich themselves, they spent the past four months doing odd jobs and errands to scrimp up money to donate. On the 31st of December, the director of the children’s center took their money — saved in three unmatching piggy banks — to donate to a social welfare center. 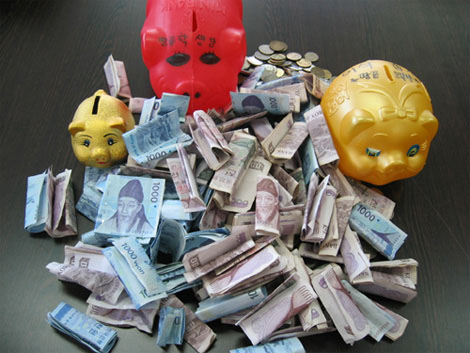 “These children are mostly living in difficult conditions already, so the amount isn’t much. But they didn’t buy themselves things they wanted to eat, and saved this money, penny by penny. After they began saving, their lives have changed, feeling happiness at the thought that they can care after and help other people.”

The children’s center houses and schools roughly forty children of either parentless or single-parent families, and was in danger of closing its doors in 2006 when the building was sold. Moon Geun Young heard of the situation and donated the money not only to save the center but to build a new building and buy a school bus.

Even considering how celebrity good deeds are often met with skepticism, naysayers would be hard-pressed to denounce this one. Because the chilluns! There ain’t no arguing with them.

Now, if only the the adults would follow the kids and give a little to the less fortunate....

this really is incredibly sweet. it reminds me of the movie "pay it forward." i love the fact that the journalist actually followed the story of the children after mgy's contribution... do we ever have articles like this in american newspapers?

Awwwww, how sweet! That is really touching :)

What an uplifting story!! Apparently, she's just as lovely a person in real life as she is on the screen! And the children, bless them, one and all, are every bit the same!!! Sniff, sniff....

touching.. i think i like her better now. alot more than before.

Hey, what about a movie based on this story? It could inspire even more people.

this is one of the reasons why moon geun young is one of the people i look up to..
she knows her priorities and responsibilities as a celebrity
its so nice that the kids did this.. repaying kindness with kindness

that's awesome. It's the "pay it forward" chain reaction.

If someone can criticize this then I am really speechless.

one of the most inspirational thing i've read in my life... this just go to prove that anything we do, any step we take can influence so many lives... sweet

it took them four months to save $191. that part just made me teared. talk about perspective. thanks, sarah.

wow. really touching! i'm glad she's influenced those kids in such a positive manner. to think that kids can also be so sensible and collect the little they have to help others really amazes me. :D

i was so intent on not saying aw, but dang you got me. after i read it i awed like no other.

Rocketfuel: wait, give popseoul a chance…..

That story just makes me smile. That's wonderful to hear. ^_^

too sweet for words~

This is just too sweet for her to do and for the kids to also do the same for others. This is an amazing example for all =)

how touching! hopefully that will shut those media ppl up...

Omg, this is such a cute story. HOW HEART-WARMING!

Wow.....She's so sweet! Stars should use their star-power for good. But my heart goes out to those kids...they are really amazing. It shows they have a lot of heart. I'm really thankful she helped them, (because who knows what would've happened to these wonderful kids if their school got shut down and they couldn't get a proper education,) but I think the kids are the one that should take the spotlight. She's a star, she has the money. I know she meant it, but it probably wasn't as huge of a sacrifice for her then it was for them. All those kids, combined, helping others though they themselves was deprived. When I hear stories like this, I become very hopeful of the future.

Am in tears right now. That's humanity!. God Bless her and those kids!.

too sweet really, MGY couldn't have seen this kindness coming, guess she's delighted now
and this small piece of news makes me feel so warm-hearted

During my search when I discovered her at MMM, most of her donations she make, she wants it anonymous....making her mom do the donation and requesting them to be anonymous. This was only known because press I think kept on pestering the school. She even have donated I think to build a library for Korean in Australia....I can't really remember and I think she is continuesly contributing for more books. Both of the, JGS and MGY, do a lot of charity works that you can see both of them are good inside and out. I am very impressed of these two. They are multi talented and they share their blessings too by their charity works and donations.