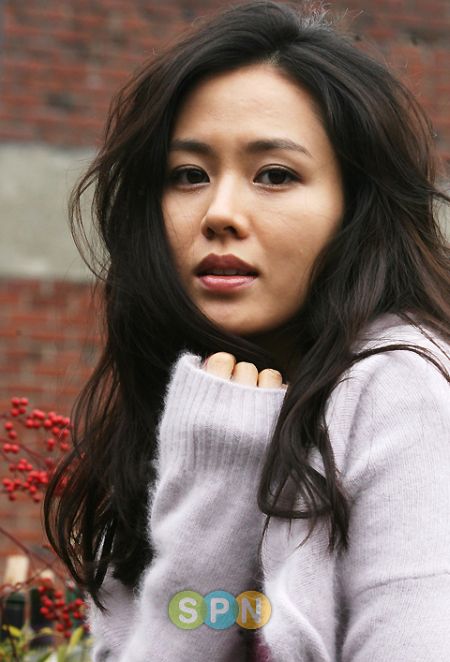 In an interview with MyDaily, actress Son Yejin explained the reason behind her yearlong absence from the entertainment scene. She hasn’t appeared in anything following her successful drama turn in Alone in Love last year, and the break wasn’t exactly planned — she’d been preparing over the year for a large-scale film, but in the end the project fizzled. But, looking at the silver lining, she says, “It would’ve been worse if we’d already started filming and had to stop midway.” 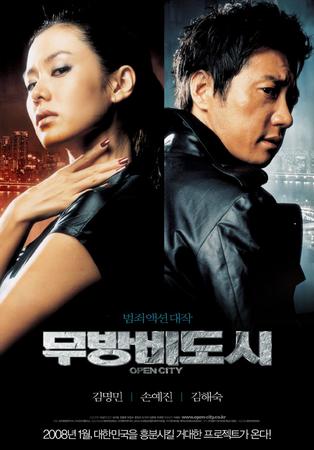 She’d been set to star in the film Nak Rang Club, but that was beset with delays when funding kept shrinking; she then filmed Open City with actor Kim Myung Min, which is scheduled to open on January 10. In the film, a detective (Kim Myung Min) pursues a large-scale crime organization, while Son Yejin plays the femme fatale crime boss who works her seduction on him.

It doesn’t really seem like my kind of movie, but I do like both lead actors… Check out the film preview/MV and stills behind the jump… 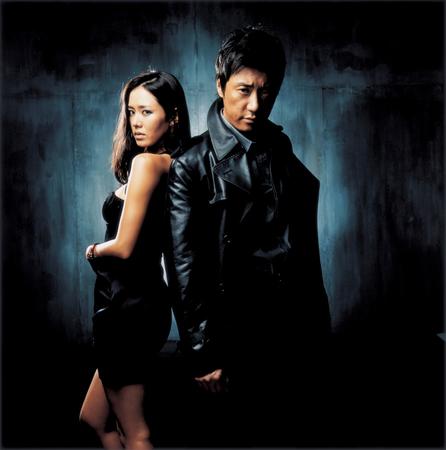 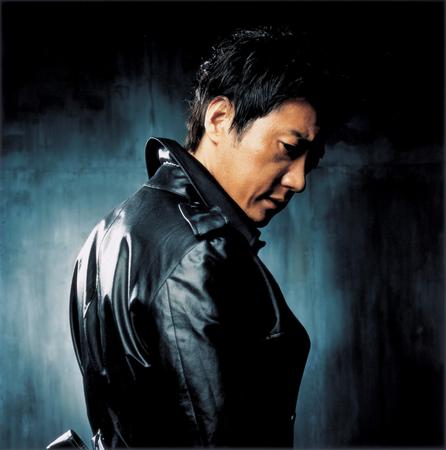 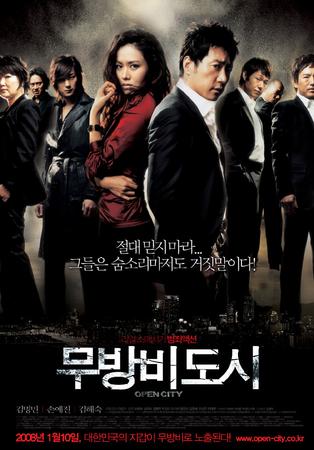 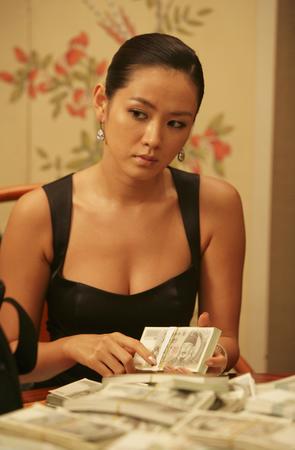 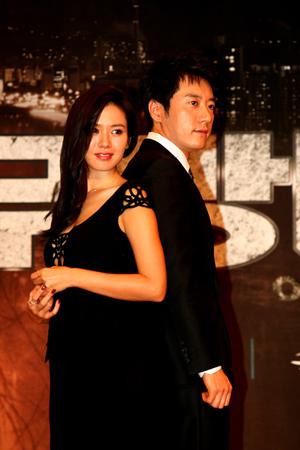 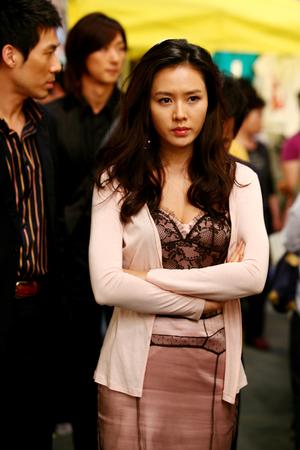 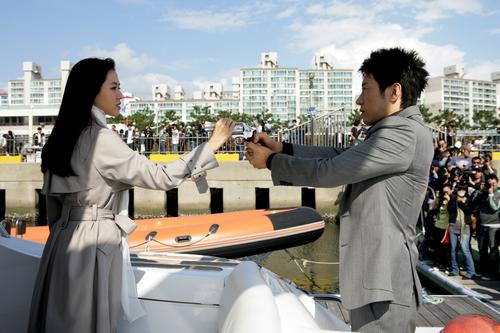 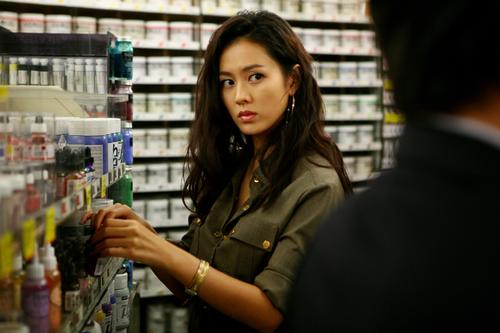 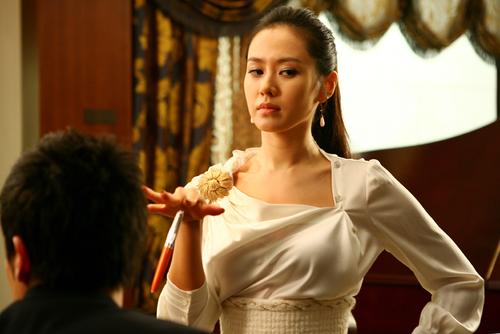 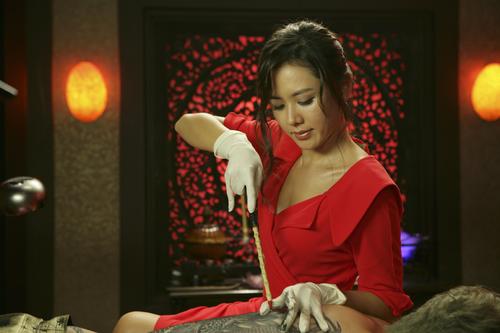 Article via , photos via and Naver movies.

I like Son Yeh Jin's killer styles..so gorgeous and mysterious..
And with Kim Myung Min! Definitely a MUST watch!
Can't wait till it comes out!

I can't wait to watch this movie... Park Ji Hun's song is also great. It is very addictive. LOL.

I can't wait for this movie. I love Park Ji Hun's song in this movie. Very addictive. LOL

Is it me or her complexion looks O_O in the SPN pic? Ahh, probably my screen. Anyway, I can't wait to see this movie! I like the both of them, and SYJ's smokey eyes effect :)

Wow, this is kinda different from Son Yejin's other roles. And I love Kim Myung Min... I want to watch this movie now! :D

sarahbeans~~ happy new year! hehe..
Yay for the coverage on Open City!
I've been so hyped up about this movie ever since I saw the MV and their website open-city.co.kr
What a great day to celebrate... Jan 10th!
Wish I'm in Seoul, kekeke..

I like SYJ. She's a great actress. The movie looks exciting and so I think I'll watch. For some reason, she reminds me of two other great actresses--Kim Hyun Joo and Song Hye Gyo. Those three looks so much alike.

I'm not into these type of movie either. The femme fatale theme has been used so many times it's getting boring. How about a woman who can actually kick some serious ass without having to seduce some one?

Wow, the way he looked at her in the MV was like he had some sort of revelation... I wanna watch this movie so bad! :)

I also like the old lady, seems like she's related to KMM and connected to SYJ. Like the plot but i hope it's not a sad ending...

who sang the theme song?

Kim Myung Min! You have no idea how fast the deal for me to watch that was sealed. I love him.

After watching Kim Myung Min in WHITE TOWER, he has serious acting chops and a great voice plus I love SYJ! This seems like a must see movie! Thanks for the MV and info! Starting out this New Year with a bang and many thanks!

she looks so different here!

Oooh, this looks so good. I can't wait to see it!

I like both actors as well so I'm really excited about this movie. Also, I miss Son Ye Jin ever since Alone in Love. Thanks for the preview.

Hello Dramabeans
I have been reading ur blog for a while now and enjoyed it. Thank you for your comments and summaries. By your history of coments on dramas, i believe that you liked dramas with understated humor. Alone in love was one of them for me and i would really like to see your opinion of that drama. ONe of the best i've ever seen.

I got so excited just by seeing KMM ! "Return" a recent moview by KMM was very suspenseful and he did not disappoint and I enjoyed it very much! Can't wait for this one!

the movie looks pretty good if you're looking for cheap thrills.. & glimpses of dr. beefcake haha.. seriously, i love his acting but his semi-nude pics made me blush >_< son yeh jin is pretty, but yeah, looks like she needs a bit of moisturizer here..

ahahah i thought it was a comedy from the screencaps. then i watched the trailer and well, obviously it's not -_-

does anybody know where i could download this movie?

or just type crunchyroll in google.com

i really want to watch this movie again. But I can't find any source to download !
Anyone who is saving this movie, can you share?? please !

I like this movie. It is indeed, not Son Ye Jin's normal style. However, she did a good job. The plot of this movie is reasonably acceptable, no boring parts.