A look at SBS’s upcoming “I Love You” 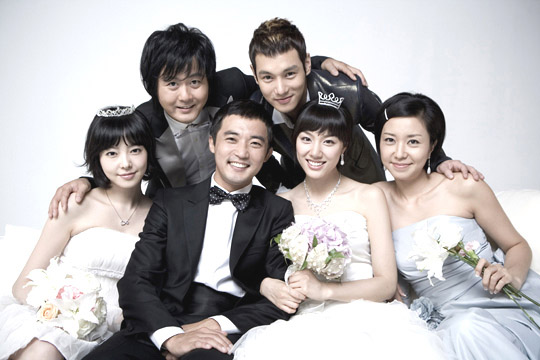 SBS’s current Monday-Tuesday drama, sageuk King and I, is coming to a close, and moving to replace it is the upcoming drama billed as “a lively and sweet love story for a different, new-generation couple,” I Love You. The romantic-comedy series is based on a manhwa of the same name, whose creator also wrote the manhwa upon which the upcoming drama Gourmet is based. Following in the newer trend, the 16-episode drama has already finished filming, meaning its production will have completed well before its premiere date in March.

Starring are Ahn Jae Wook (Oh Pil Seung Bong Soon Young, Star in My Heart) and Seo Ji Hye (Over the Rainbow) in a somewhat mismatched pairing — he’s 36 (counting by Western standards), she’s 23 — although the unlikeliness of the couple is part of the point. Her naive 21-year-old bank employee character meets his 35-year-old comic-book-writer character on the subway, and mistakes his behavior for harassment. Thus begins their relationship, which complicates when she becomes pregnant and he’s less than thrilled about it.

Also cast are Hwan Hee of pop ballad duo Fly to the Sky in his second acting gig (his first was alongside Seo Ji Hye in Over the Rainbow), who’ll be paired with new actress Park Hye Young, as well as philandering lawyer husband Gong Hyung Jin (who played philandering Sae Do from Dal Ja’s Spring) and his long-suffering wife, Jo Mi Ryung. 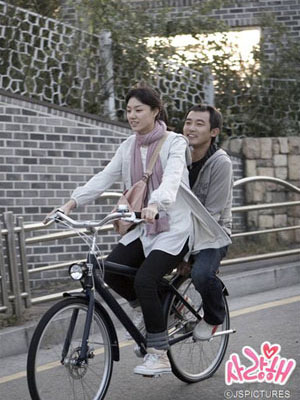 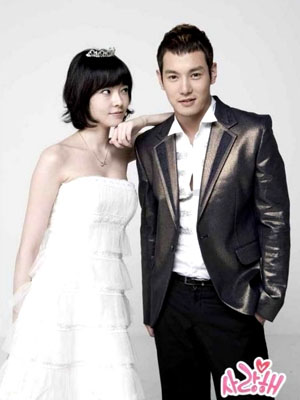 The drama differs from its original source — the manhwa starts with the couple’s marriage, whereas the drama starts pre-wedding — and handles such issues as premarital pregnancy, abortion, cheating, and other sex-related topics “in a light fashion.” Ahn Jae Wook explains, “If the topic of premarital pregnancy is treated overly seriously, the drama becomes less like a light show that can be watched with family and more like a documentary.” Seo Ji Hye adds: “Filming this drama has made me think lots of happy fantasies of married life, and it makes me want to get married.”

Hmm, I’m on the fence about this one. I’m all for a light-hearted series, but Seo Ji Hye and Ahn Jae Wook seem such an awkward pairing — which I know is the point — that I’m not sure how I’ll like it. And I haven’t really enjoyed anything SBS has put out recently — their series have nice acting and nice moments but the ones I’ve seen recently tend to the low-stakes, low-tension end of the spectrum.

I'm actually sort of looking forward to this, which is strange for me, since there's nothing about this drama that should really tug at me...But I like the fact that it finished filming before broadcast (that can only help in raising the quality, in my opinion), and that's a pretty decent cast. And from the little that I've read on it so far, it seems that it'll tackle things in a bit more of a realistic and character-centred light (like a bouncier "Alone in Love"?). Well, if they don't, then whatever. We'll see, I suppose.

I wouldn't mind seeing HwanHee. I thought he did a credible job with Over the Rainbow. Not able to catch SBS dramas out here though. Did want to see King and I

I agree with Dahee Fanel. I am looking foward to this drama...but doesn't seem to be because of the storyline....well we'll see. Hwan Hee is acting again...he wasn't that bad in over the rainbow...he was rather good...better than what i expected. However...his surgery...well let's say that i prefer the way he was....at least his voice hasn't change. The other cast looks good too. Especially the guy from Dal Ja Spring...that i really found funny !

ahn jae wook is a classic kdrama actor in my eyes.. i remember star in my heart from back in my college days ^_^ (nostalgic) & i really liked seo ji hye and hwanhee in over the rainbow.. loved all of the music & dancing that drama.. so i'm looking forward to this :)

I'm also looking forward to this one. I'm not really a fan of Hwanhee, but his acting wasn't that bad in OTR. Like Yubikiri.th said, the story line is not really what attracts me to the drama, it all comes down to the cast. I really like Ahn Jae Wook, Seo Ji Hye and Gong Hyung Jin's acting and I'm most curious about the chemistry between Ahn Jea Wook and Seo Ji Hye.
I don't get any SBS programing so I hope the subs come out fast :)

i am also looking forward to this because of the cast..the lead couple seem so awkward though, so i hope they have great chemistry..

i actually became a fan of Hwanhee after seeing him Over the Rainbow..his acting was descent in it but i still hope he has improved..looking forward to seeing him act as a dad o.O (the kid that will play his son is so CUTE!)

Gong Hyung Jin was great in Dal Ja's Spring, so that's another plus...
i hope the story line is good enough to keep me interested.

I'm actually really looking forward to this drama. I tend to like dramas about older guys and younger immature girls haha....and i think Ahn Jae Wook is way cute. Hwanhee does look mighty fine though ~~

I'm less than thrilled about this one, but I guess I'll have to be open-minded about it. One thing that irks me already is the fact that they're going to treat pre-marital pregnancy lightly. In the 21st century, where families raising children that aren't married are getting more common nowadays, I don't find anything wrong with getting pregnant before marriage, as long as the parents (or even parent) cares for the kid and is willing to sacrifice for them. But it's a serious issue nonetheless, what with the responsibility, ect. ect. Can it be treated lightly? I want down-to-earth, realistic but sort of quirky handling of it, not simply dismissing it as "light." I want to see the actors show us the ups and downs of it, and how the character learns about responsibility and grows with it. I mean, marriage and babies are not fun. It takes hard work to make it work, especially if you're young...

.......*sighs* I don't want a documentary by any means, but I want realistic handling of the issue while still making it interesting. Comedy goes very well with drama and realism/touching-ness, but only if done correct. I wonder if this drama can do it, or will it simply make the story "fluffy"?

oh hwan hee -- what's up with the plastic surgery? i liked him so much better before. oh well.
as for the drama, i agree with Miki. dealing with (unwanted) pregnancy and the responsibility of it in a light hearted way is tough to do. i hope they do a good job. but Juno was like that too -- dealing with teenage pregnancy in a more light hearted, fairytale way (these are just the reviews i've read. i haven't gotten a chance to watch it myself.)
btw, is the drama East of Eden based on the Steinbeck's novel?

The casting is throwing me off big time....

Not based on the Steinbeck novel. Honestly, don't even know why it's called East of Eden, since the rivals don't even seem to be brothers.

"On Air" is definitely my first 2008 must-ee and the first major SBS drama of the year. It's got the requisite A-list cast, and a brilliant concept "(melo)drama in a drama." The possibilities here are delish! I mean, it's about dang time the stereotypical SBS melodrama gets openly skewered. Plus it'll be delightful to see real stars "play themselves." And wouldn't we love to see Lee Hyo Ri do commentary on Lee Hyo Ri, or Jun Du Yeon riff off her "I won Cannes therefore I am important" shtick?

I'm so looking forward to this. I think Ahn Jae Wook and Gong Hyun Jin are great actors.. and the stryline seems fun and interesting. 3 couples ? Shouldnt be boring..
Dramas with more than one storylines are not boring.. I mean there are main couples but the other couples should add spice and zest and even drama for the stories... should be really fun. Cannot wait ! and Is it just me but I'm completely loving Hwanhee's new look... Hunkier..

and yes, i used to love hwanhee so much ): he was perfectly fine the way he was. more than fine, in fact. he used to be so cute. i just can't look at him in the same way anymore, urgh

I am looking forward on this new series.. i love ahn jae wook and i believe he is really a good actor!

can someone tell me where can i find the i love you manwha? can't seem to find it ... thanks!

I didnt see this drama yet because I'm in Iraq and it is hard to find Korean DVD but I love Ahn Jae-Wook and wish him all the best . He is like a bright candle in Korean Drama .
Best Regrads to Korea from Iraq