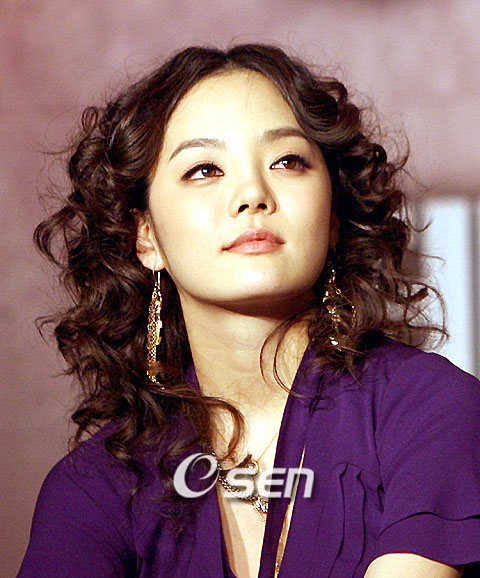 Chae Rim’s character — energetic, prone to rashness — enters the Blue House as a new employee (security service agent) and rises to success; the series centers on “the world, the loves, and daily lives” of those in service in the Blue House.

Lee Jin Wook (Air City, Smile Again, Someday) takes the part of the president’s haughty, troublesome and rude son, while Lee Jong Hyuk (A Good Day to Have an Affair, A Dirty Carnival, Green Rose) is the dark horse of the presidential security service and Chae Rim’s colleague. Through them the drama will showcase lots of action and a look behind the scenes at the agents’ physical training, firearms drills, special guard duty, etc., while the three main characters (naturally!) fall into a love triangle. Some settings may be novel but the setup is as old as the form. Not that the presidential backdrop is entirely new — in 2006, there was the KBS four-episode mini-drama Special Crime Investigation: Murder in the Blue House [특수수사일지:1호관 사건]. And of course, there was also the Eugene/Lee Minki romantic comedy Really Really Like You, which took a more lighthearted approach.

The series will be directed by Han Joon Seo PD of Capital Scandal, and penned by writer Kang Eun Kyung of Dal Ja’s Spring, Bichunmu, and Hotelier. Rivals will take to air after Single Papa in Love finishes its run, premiering on April 14. 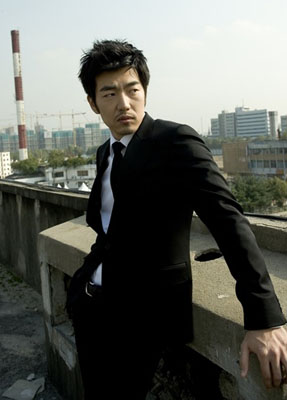 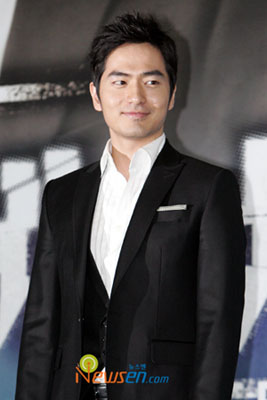 Ohhh, that sounds like a really cool set-up for a show! I really loved Chae Rim in Dal Ja's Spring, I am watching her now in Oh! Pil Seung And Bong Soon Young, I enjoy her acting style very much :) I can just picture her doing a great job with this type of show as well :)

I enjoyed chae rim in dal ja's and now this, I'd like to wait for your review once its running and watch it of course.

I'm sort of looking forward to this. I adore Lee Jong Hyuk, and that's a pretty good writer-PD duo. It has to be better than Single Papa In Love, anyhow.

Yeah, Single Papa's pretty awful, isn't it? Oh Heo Yijae, if only you would eat. Or learn to act.

can't wait for this drama. i love CR & LJW (i'm watching him in Before & After, really good actor & drama). i love the writer & pd's past works so this looks good.
yay! WITH S2 is possibly subbing this, they are the best sub group & they seem to pick the best projects too.

i heard Single Papa is good, but because of its competition (i think Yi San and the king something) it isn't doing as well as it might.

I'm so looking forward to this cos it has an interesting theme.. and it's gonna be interesting, seeing Chae Rim play a bodyguard. She doesn't come off as a tough person on the outset.. let's see how she's gonna nail the role.

I'm alright with her pairing up with either LJH or LJW.. cos I think they're both attractive in their own ways. What's important is that the storyline's good.. and I'm pretty sure it's gonna be.. PD of Capital Scandal + DJS's writer =

This looks interesting and has potential to be engaging. Looking forward to checking it out.

I haven't see Chae Rim in much, despite the much lauded Dal Ja's Spring and
I'm not familiar with Lee Jin Wook's work, but he certainly looks adorable. I saw Lee Jong Hyuk and he was a very believable baddie in Green Rose. It'll be interesting to watch how he does in the role reverseal as the good guy (I'm assuming).

Is LJW in HGD? I love Chae Rim since AAE. I like her acting style. She seem to have changed alot physically. I wonder why? Time factor? Looking forward to catch this drama.

the director directing this [who did a spectacular job with Capital Scandal] has caught my interest for this drama. Best wishes for this drama!

Dahee, we've got to stop adoring the same actors!!

Ooh, I'll be keeping a watch out for this, mostly because I'm enjoying Before and After: Plastic Surgery Clinic with Lee Jin Wook in it. That's how I find most of the dramas I watch, haha... I look at what other shows the actors of my favorite shows have been in or are going to be in. Example: I started watching Hong Gil Dong after reading your reviews, and now I've watched Capital Scandal because of Kang Ji Hwan and a few episodes of Snow Queen because of Sung Yuri. I remember watching Goong, which led me to Coffee Prince, and now I've got several of Gong Yoo's movies under my belt, lol.

Chae Rim was pretty good in her Chinese dramas as well.

I'm excited to see this one as well.

Sounds interesting! I first saw Lee Jin Wook in Smile Again and have seen almost all of his dramas. Absolutely love him in Alone in Love and Someday. I hope this new drama will bring him to greater heights in his career!!

Lol, is Single Papa that bad? Im catching it on KBSworld. Seems ok. I like the kid so cute. The story is so-so. Acting wise, I think OJH and the kid are doing good. ^^

Anyway, moving on. Im looking forward to this. Do you know who's Chae Rim's lead will be? Lee Jin Wook or Lee Jong Hyuk? PErsonally, prefer the first. Hehehe

Good director and writer, so im really looking forward to watch this. Heheh ^^

Yay another drama with Chae Rim. I really liked her in Dal Spring(which I marathoned in 3 days) even if her eyes/noses really irked me. Are her eyes uneven or it's just me? Ahhhh Kang Tae Bong, i miss you.

yeah, she was really cute in Dating Now and All About Eve... compared to her face in Dal Ja's Spring.. she didnt deny going under the knife though... i really like chae rim.. she's so sweet and she really pulled of Dal Ja's character very well... i hope this one will turn out really good again..

Thanks for the new Gummy song! I got all giddy and excited when I saw it on today's post! :)
I adored Dal Ja's Spring! (I'm totally with you ami on that last comment!) I hope this will turn out good... I'm not familliar with Lee Jin Wook but I do remember Lee Jong Hyuk from Green Rose & A Good Day for an Affair...

and Lee Jong Hyuk is my favorite villain so far (Green Rose)..

i'll watch out for this series...

Ooh I love all the actors and I like the PD who did Capital Scandal. So I'm definitely looking forward to this drama! ^_^

I love Chae Rim! BUT is anyone tired of love triangles, yet? I know I am definitely turned off @ any story line involving love triangles (even if the cast is good looking).

CR is sooo adorable.. imo she didn't need the plastic fantastic.. but she's still gorgeous.. i really like her acting too.. cute but not over the top gag-me bubble-gum sweet.. i loved dal ja's spring with a passion :) yeah.. unfortunately the k-drama production teams still feel the need to recycle those tired cliched conventions, e.g. sick or dying hero/heroine, rich chaebol sons & daughters, love triangles & so on.. sometimes i wish they would think outside of the box more often.. but either way you gotta love k-drama in all it's sappy glory! :D

When does it start?

i really love Chae Rim in All About Eve and how I laughed at her in Dal Ja's Spring. Who could ever forget her black fingernails ever... she's such a versatile actress. kudos!

I really like chae rim even if she had a surgery I relly don't care, she's so cute and she became more beautiful. I already watched 7 of her dramas and it was all good. To all Chae rim fans out there "OH MY GOD" still remember?????

i misss you so muchhh chae rimm...i'am your big fans

hi chae rim,your so cute .ilike the movie of dalja's spring.you and lee min ki are so very cute couple

Chae Rim is the best Korean actress! I love her acting, especially on "Dalja's Spring".

i'm one of her avid fan here in Philipines. i really really adore her coz she's absolutely beautiful in and out and a very good actress. i watched this series for almost 4x.
and now i'm hoping that she do another series w/ Lee Jin Wook.