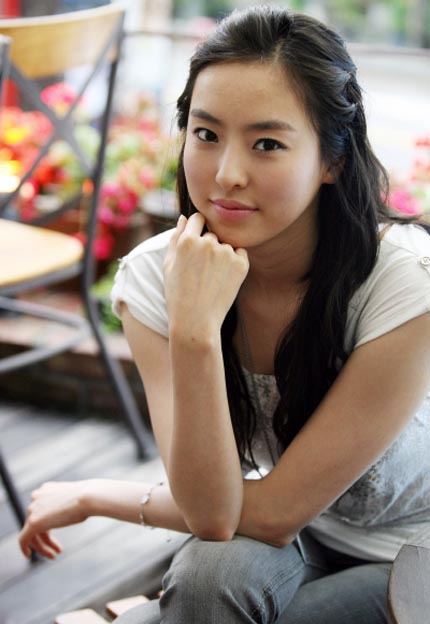 Not to be confused with Chuno‘s Lee Da-hae, actress Lee Da-hee has been selected as the lead in golf drama Birdie Buddy. She’ll join After School’s UEE as another gifted golfer, and takes over the role initially offered to and vacated by Seo Ji-hye.

Her character Hae-ryung is the daughter to the owner of a top golf resort and possesses “perfect golf skills”; thus Hae-ryung’s advantages contrast with the more humble background of UEE’s character Mi-soo. If you’re wondering who the “real” lead is, it isn’t specifically outlined but I had always assumed that it would be Seo Ji-hye, and now Lee Da-hee. (I may be wrong, but that’s what the description suggested to me; in any case, UEE is still considered a lead as opposed to a supporting role.)

Lee Da-hee had roles in 2007’s Legend and 2008’s Secret of Keu Keu Island; she also acted in movies Beyond All Magic and the more recent prison-choir film Harmony, which starred Kim Yun-jin. Or perhaps you’ll recognize her as Choi Ji-woo’s little sis in 2007’s Air City.

The Group Eight production will begin filming in Gangwon-do on March 25.

She was in Legend? Anyone know what's her role in it?

You really have an eye for choosing nice pictures; she looks very pretty here.

I don't think I've seen Lee Da-hee in anything before, I don't even remember her role in 'Legend'. I'm not too fond of sports based dramas but I guess I'll have to check it out for the eye candy ;)

She was Kak-dan in Legend:

i know her! remember her from Air City and Legend. she was the crazy good girl soldier in some sick action sequences from what i remember...

That's who I thought she was.

It must get really confusing to have the same exact name.

It's not the same name (unlike, say, Jung Yumi -- now THAT'S confusing!), although they look more similar written in English. Try pronouncing them out loud -- Dah-hay and Dah-hee.

thanks for the clarification jb! i was just about to say "hey that's not lee da hae..."

I haven't seen her in anything; anyone know whether she's any good?

Either way, Lee Da Hee seems to have had only supporting roles thus far, so the three leads are looking a bit more even in terms of skill and experience. Seo Ji Hye was so far ahead of both Lee Yong Woo and UEE that it left me baffled what she was even doing there.

She was a likeable character in Sad Love Story starring Kwon Sang Woo & Kim Hee Sun, too. :) Good luck to everyone in this Kdrama.

was she in sad love? then she's one of KSW's love interest? i'm sorry but there are some K actresses that has a strong appeal to viewers (like me) but she ain't one of my best on the list!

lol i totally thought it was Lee Da-hae....i was like WUT???

LOL. i thought lee da hae.. but then its lee da hee. hahaha! I remember her from Air City.. kekekeke

I thought she looked familiar...she was in Air City! She is very tall ..as tall or slightly taller than Choi Ji Woo. I was watching Air City, she caught my attention because she was taller than CJW. Not many K-actresses beat CJW in height.

SHe is pretty though..but I have not seen enough of her acting to judge her acting skills.

I'm still going to give this one a shot since I'm a sucker for sports theme dramas.

Here's hoping the resort doesn't have any gopher problems ;)

i did'nt recognize her ..
at first i thought it was lee da hea as in my girl ..
hahaha silly me :) xD

i like her. in all the kdrama of her i've seen, she's always standing out. She can act, in my opinion =)

at first reading i thought wow lee da hae is such a busy actress for chuno is still airing right now, but she isn't lee da hae LOL

LOL! Thanks for the clarification! When I first read the title I indeed thought it was Lee Dae-Hae and went "OMG, is she going from Chuno to Birdie Buddy?! o__0" Phew~ I really don't think this drama will be any good.

Ah, so Lee Dae-Hae and Lee Dae-Hee are pronounced so differently. I'll keep that in mind :)

She didn't really stand out in the dramas/movies you mentioned...but seeing the pic above, she's quite attractive looking. This golf drama is probably her big window of opportunity to gain popularity.

BTW, her name sounds like DIE...which is no good...