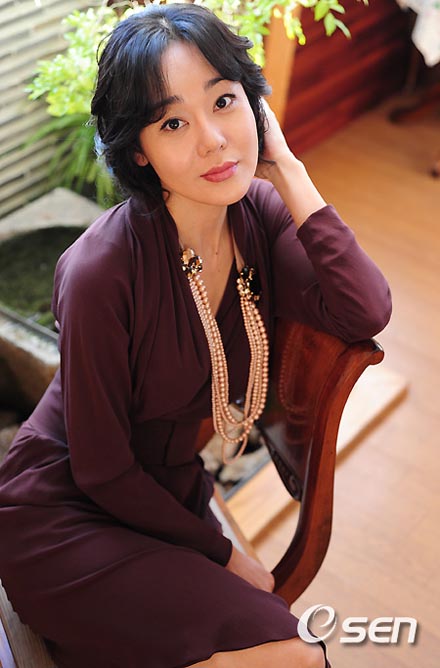 What a sudden announcement: Kim Yun-jin, the 36-year-old actress of U.S. television series Lost and Korean films Harmony and Shiri, will marry on March 28 in Hawaii. The actress released the news with little advance notice, via press release on the afternoon of the 28th (Korean time).

The groom, Mr. Park, is identified as a film producer who is the same age as Kim. She has been in a relationship with Park since 2007 after first meeting in 2002, when he was her manager. They began dating while she wrote her book, The World is Your Drama. Kim described her groom as “a very humorous and considerate person.”

The ceremony will be held on a private beach and attended by a small group of family and friends. Kim is currently filming the sixth season of Lost in Hawaii, so the couple will wait for shooting to end to embark on their honeymoon.

I don't watch Lost, but congrats to her! And how cute is it that he used to be her manager? I wonder why it took them so long to start dating.. :D

It's probably better that she kept things on the down-low rather than announcing it more in advance.. I always think the press butt their heads into private affairs like that way too often.

Congrats to her. I love LOST!!!

That's funny, 'won't be embarking on their honeymoon until filming ends'. It's a honeymoon everyday in Hawaii.

Gosh...Korean celebs is getting smart to hide their love relationship these day. We've never had any clues which celeb is dating, or which star dating the other star right now. Suddenly they announce their wedding plan without prior notice. But anyway congrats to KYJ.

I am really very happy for her, that's great news! I think she's fabulous.

But if Sun and Jin don't reunite soon, I will cut someone. Just sayin'. :-(

But why is she sporting funny looking bangs?!

Congratss!! =)).. hope you have an awesome marriage and have KIDS!

@langdon813... I know!! Star crossed lovers much? Jin is with the MIB group but hopefully his conscience isn't. If Kate and Jack don't end up together can I at least hope that this couple does? Is that too much to ask?!

And it's about time she and DDK got some more screentime on this last season of "Lost."

Congrats. Its seems to be a trend in Korea that their celebrities announce their other half on or after their wedding day. The most recent one..Lee Young Ae.
it's crazy how tight they keep their secret, but I don't blame them.

Is this a shotgun wedding?