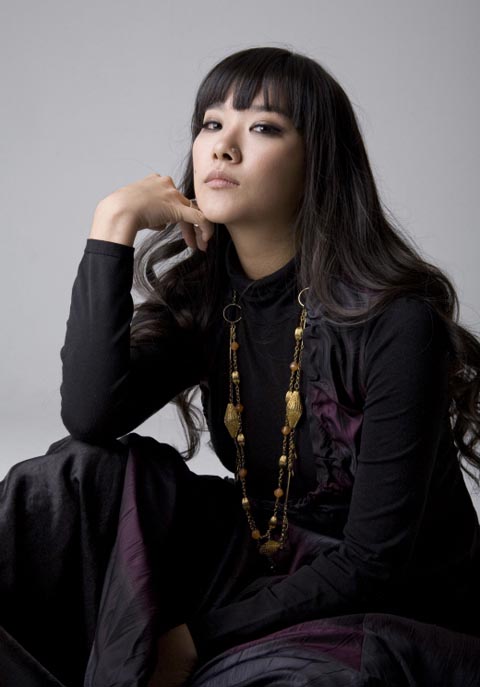 Singer Horan is joining her Clazziquai counterpart Alex in the acting realm, and has been cast in her first drama project, KBS’s upcoming romantic-comedy series My Country Calls [국가가 부른다].

The drama recently cast Lee Soo-kyung as its leading lady; she plays a lowly policewoman with little professional spirit and who believes that even if you might have to bend the rules a bit, nothing’s impossible. Her character directly contrasts with Kim Sang-kyung, who plays an intelligence agent who believes that rules are meant to be kept. (Sounds a little like Rivals, aka Powerful Opponents, doesn’t it?) Ryu Jin also stars.

Horan plays a “perfect woman” who is also an intelligence agent, with outstanding looks, smarts, skills, and loving family. She accomplishes anything she sets her mind to, and is called a “goddess class” agent. But she’s not so far above reach as to be unappealing, and is also described as an “eom-chin-ddal” — the kind of daughter all moms love. She is the first love to Kim Sang-kyung’s character, who has been unable to forget her. This sets up the love triangle between them and Lee Soo-kyung.

Horan said, “I’m thrilled at this new challenge. It’s an honor for me to work with other actors like Kim Sang-kyung, Lee Soo-kyung, and Ryu Jin. I’ll learn a lot and do my best to portray ‘Choi Eun-seo.'”

Although this is her first television acting role, it’s not her acting debut; she has been in a stage musical in the past. In addition to singing for electronica group Clazziquai, Horan is also the voice of indie band Ibadi. She has also been a radio DJ and hosted an educational literature program, and penned a book of essays.

My Country Calls follows Birth of the Rich on Mondays and Tuesdays, and premieres April 26.

Oh I never knew Horan did other things other than clazziquai O_O ahah how blind of me.
Maybe I'll check it out~?

Lol, I was actually listening to Clazziquai when I saw this. Sounds interesting though so I'll be keeping my eyes open for this drama.

She's so lovely. I hope she does good.

I totally didn't know that she was the voice of Ibadi! That explains a lot, actually..

I'm not particularly drawn to the plot, but I might check it out. I do love LSK, after all, and it'll be interesting to see how Horan does. :)

i hope she doing wel , not as Yoona in Cinderella man .

I like her singing a lot, reminds me of "Everything But The Girl" but in Korean
"Ibadi" - "Neverending Story"
http://www.youtube.com/watch?v=HXfBNCErxNU&feature=related

Thank you for the news...I love Clazziquai, so first there was Alex in Pasta,now Horan...yeah =P

Nice bit of news. As much as I like Clazziquai, Alex didn't wow me much in Pasta. I hope Horan has better luck!

this drama is a must to watch... i do really become a fans of her... since listening CLAZZIQUAI and IBADI ... she is so perfect i think...