Jo Boa up for Temperature of Love’s leading foursome 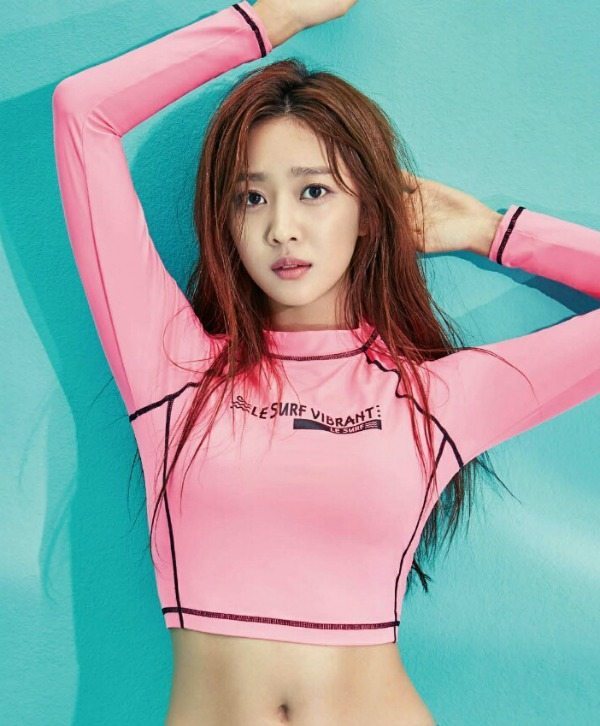 Casting offers are now out to all four of our leads in the new SBS romantic comedy Temperature of Love, the new drama from writer Ha Myung-hee of Doctors, High Society, and Warm Words. Seo Hyun-jin (Romantic Doctor Teacher Kim) and Yang Se-jong (Duel) are currently in talks to headline, and if they both sign on, it’ll be a reunion for the Romantic Doctor co-stars. Kim Jae-wook (Voice) has been confirmed as the second lead, and now Jo Boa (The Man Living in Our House) is considering an offer to complete the love square.

The rom-com is an adaptation of the writer’s own novel Nice Soup Does Not Answer the Phone, about a relationship that begins online between a chef and a writer. Seo Hyun-jin is being courted to play the heroine, a frank and sometimes reckless aspiring drama writer whose curiosity always gets the better of her. Yang Se-jong is up to play a chef-owner of a Michelin-star restaurant called Good Soup, a competitive character who keeps other people at arm’s length.

Kim Jae-wook will play an entertainment agency CEO who’s smart and athletic, and extremely quick on the uptake when it comes to knowing when to go for something and when to pull back. He went abroad to get his MBA and then made his own fortune, and he’s very proud of having discovered a diamond in the rough—his hoobae Yang Se-jong—with whom he opens up Good Soup. They have a good relationship, but then Kim Jae-wook will fall for the heroine.

Jo Boa is up for the role of Seo Hyun-jin’s frenemy who is also an aspiring drama writer. Her father runs a subsidiary of a large conglomerate, so she’s always been wealthy and never needed to make much of an effort in life. She’s used to always getting the attention when she and Seo Hyun-jin’s character are together… except from the one person she likes, chef Yang Se-jong.

That sounds pretty similar to the frenemy rivalry that was in Doctors, so I’m crossing my fingers that Jo Boa’s character will be more likable than Lee Sung-kyung, who pretty much lived to hate Park Shin-hye in that drama. I have hope though, because Jo Boa is actually great in these second lead roles; she even made me like her pathetic cheater character in The Man Living in Our House by making her flawed and endearingly hopeless. I would love to see her and Seo Hyun-jin begrudgingly become best friends. I know the writer is capable of it too, since High Society had a fantastic female friendship at the center of it.

Temperature of Love will follow Falsify on Mondays and Tuesdays in September.

Our mermaid! I don't know is it only me whenever I saw Bo Ah's name, I can't forget the 'apple butt' oppa lol.

I hope everyone will confirm! Jo Bo Ah is definitely someone who can turn those annoying second female lead characters to the charming ones. I didn't finish her last drama, but love her and Choi Tae Joon in All About My Mom. She even had the chemistry with Kang Ji Hwan in Monster and I was unintentionally shipped them ?

I LOVED Surpluss Pricess. I am still sad they cut the last four episodes.

Cutting the last four episodes ruined the drama for me esp cos I was shipping the wrong OTP.

I hope Ha Myung Hee can bring back something like Can We Get Married, I'm willing to forget the outcome of Doctors and High Society is Temperature is better...

There's something about this writer that makes me keep going on watching her drama though it stayed stagnant at some point of the drama until the end. Maybe because she knows how to attract viewers from great actors and actresses. I just hope I'll get better rom-com this time because it'd be so much waste of talent if all of them agree on doing this drama. As for CWGM, I watched that drama solely because of Ki Jong and Dong Bi couple.

I just want to enjoy a good romcom without any crime and mystery element. We have crime/ thriller drama for it. Hopefully I will finally get one. This drama will have solid casts if everyone confirm, so we won't have to worry about anyone's acting. Hopefully this one will turn out to be good.

i'm a romcom girl but lately there are too many Kdramas with genres mash-up.

i'm praying for Jo Boa's character to be lovable as well. she can sell bitchy fine but how i missed her mermaid

I've pretty much given up hope of her approaching those heights again :( If she would just write something halfway decent, I would count that a win.

funny i was watching missing noir m just yesterday and wondering when i'll ever see jo boah again, i really like the sound of the second lead being a frenemy to the main lead (reminds of bong-hee and ji-hye in suspicious partner), i'm liking the sound of the cast just hope the script can deliver

Jo Boa is such a good actress I wish she would have more leading roles! She has a natural charm that makes you like characters, or atleast understand them, even when they are written off as two dimensional second leads. I really wish she would get more lead roles on the future but for now am looking forward to seeing her in this.

She has some similar vibe with Seo Hyun Jin in romcom, I'm looking forward to see their frenemy ?

She is good and I hope if she takes the second lead, someone will like her even if the leading man doesn't haha. In fact I think she and Kim Jae Wook will make an interesting couple.

She turned down the lead role of 'Sister Is Alive'

Yeh so I heard. Isn't that a weekend drama though? I think she's done her fair share of weekend dramas by now and is looking to branch out more in the weekly dramas. Hopefully she gets the lead in a weekly drama soon and one which has a good script. She really can do better than these second leads she keeps getting offered

I really don't know why she doesn't get more leading roles! Along with her natural charm she is very pretty. I would think she would be offered roles left and right.

Aw I love her. Seriously can we fuck this love rivalry and have her and Kim Jae Wook do their own thing.

Yes maybe the two second leads Jo Boa and Kim Jae Wook should just romance each other. Let them be that second couple instead of loving the leading man/lady.

If this happens, this would probably be the first drama where I like the second couple more than the lead couple. I'm so sick of love triangles.

Excited for her to take on the role! Also, someone cast this girl in more variety shows please. Loved her on Law of the Jungle and Running Man!

Whoa! If Jo Boah can pull off the frenemy deal without being a manipulative so-and-so, I could dig it. As it was, her character drove me up the wall in SWEET STRANGER AND ME / MAN LIVING IN OUR HOUSE. Which means she's a great actress, but if I never hear her wheedling aegyo again, it will be too soon. (Yeah, her character really got under my skin.)

On the other hand, I can imagine the catfights that could ensue with Seo Hyun-jin, whom I'm presently watching in LET'S EAT 2. They will be epic.

It's going to be Mutt and Jeff with her and the two male leads. LOL!