A group of travelers meet on a package tour in France, and despite not wanting to get involved, they soon form a bond and share their stories with each other.

A group of travelers meet on a package tour in France, and despite not wanting to get involved, they soon form a bond and share their stories with each other. 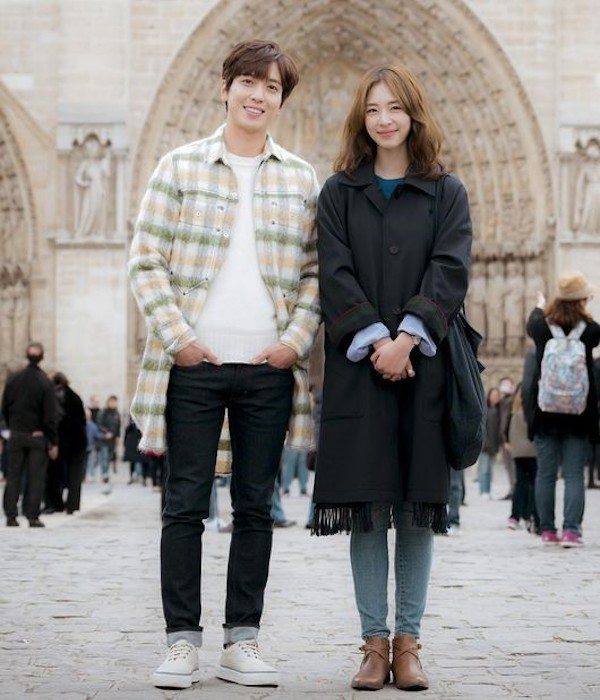 Remember The Package? It was that travel romance drama first announced waaay back last year with Lee Yeon-hee (Reunited Worlds) and Jung Yong-hwa (Three Musketeers). The drama was pre-produced and hasn’t had a lot of updates about its status, but it looks like it’s finally moving forward, and has secured a spot on the JTBC calendar for the fall.

The Package refers to a package travel tour: For the drama, various individuals at all stages in life decide to take a package trip, each for different reasons. Lee Yeon-hee is their tour guide, a previous foreign exchange student who studied at a French university. Jung Yong-hwa plays a solo traveler, and one of my favorite actors, Choi Woo-shik (Fight My Way), plays a repeatedly failed young entrepreneur who has been in the same relationship for ten years.

There are at least five others in the package tour group: Ha Shi-eun (Oh Hae-young Again), who plays a game designer in that weird stage between dating and marriage; Ryu Seung-soo (Falsify), who plays a man whose relationship with his partner is unclear; Park Yoo-na (Sassy Go Go), whose age can’t be guessed; Jung Gyu-su (Ruler—Master of the Mask), who plays a stubborn grumpy crank; Lee Ji-hyun (Grand Prix), who devoted her entire life to support her ill husband; and finally, Yoon Park (Introverted Boss) playing the mystery guy who has come in pursuit of Lee Yeon-hee’s character.

Set in France and co-directed by two PDs, Jeon Chang-geun (What’s With this Family) and Kim Jin-won (Nice Guy), who both have extensive experience in dramas with messy relationships, The Package looks like it’ll be full of beautiful scenery and poignant emotional moments.

JTBC’s The Package will air starting in October, after the end of upcoming drama Age of Youth 2, and will have 12 episodes.

I was really curious when will they air this drama as i knew they had finished filming it so i'm glad we hear news about it...WHile i love the premise i can't stop not thinking a bit about the posible cringey english or french even more when the heroine background gives that she is fluent,ahhhh....

OMG finally, finally!!!! I've been waiting for this drama since last year! I really really can't wait to watch this drama, but of course I'll watch AoY2 first.

It took me awhile to realize that this Lee Yeon Hee is the same Lee Yeon Hee that's in Reunited Worlds right now. My mind completely separated them. I blame the hair.

Why did this take so damn long to air though. Also Choi Woo Shik is in this!?! Man, I really forgot everything about this show.

I'm looking forward to seeing how this is executed! I love stories filled with different types of characters from different backgrounds.

We finally got news ! Just because it's set in France is enough for convincing me to watch.

YAY! So excited to see Jung Yong Hwa and always happy to see Choi Woo-shik in anything <3

Finally!! This seems like a perfect show for autumn; something slow, relatable and beautiful.

Please air already. I miss Choi Woo-shik! His stint in the movie Okja was too good and too quick. I need moar.

I will watch this just to see the goings on among the tourists. Love storiea when different people converge. And of course France as a backdrop is ❤❤❤. ???

Ah kim Jin Won, such a brilliant PD. rewatching Nice guy right now and his Nice Guy is just blow me away. Lee Kyung hee is so lucky working with him 2 times! well just willing to watch it just for him.

Finally they set a date, i miss Jung Yong-hwa in a drama

I like the setting of this drama =)
Seems like it could be a warm, relaxed drama focused on character interactions.

15 Omg Yonghwa Did it again

How can't i forget this???? I keep thingking about The package since their filming in france in Juli 2016
Why its take so long for airing the 12ep drama? it is too precious for you Jtbc??
Can't wait to see Yonghwa in a dramaaaaa but oct is stilll so farrr

woah directed by two good PD !!!!!! one of them is a NICE GUY PD omfgggggg that drama is.full of awesome kisses ~ May i wish yonghwa will have a frealing kissing scenes this timeee!!! Ma boy need to show up his kissing skills heuheuheu ~~

please recap the package plase lollypip or somebody please!!!!!

So excited! The plot sounds interesting and promising. Jung Yong Hwa and Lee Yeon Hee look good together in that photo. It gives me warm vibes :)

Been waiting for this to air all year!! Slotting this show in my October to-watch schedule.