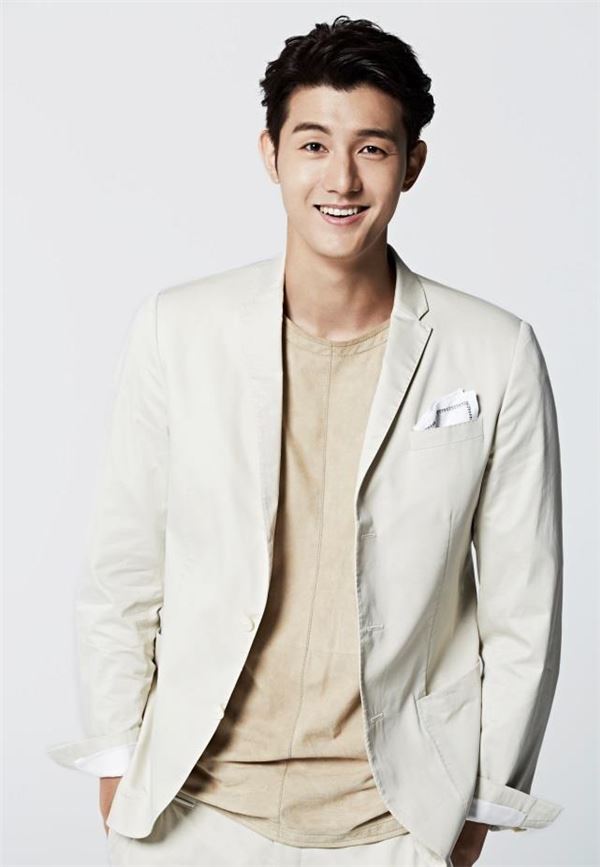 Another switcheroo has occurred for Park Hae-jin’s (Man to Man) upcoming drama Four Men: According to JG Entertainment, Lee Ki-woo (Woman of Dignity) has confirmed that he’ll be replacing Jo Hyun-jae, who had to drop out due to scheduling conflicts. This drama is about the story of one man who fights to survive, another man who seeks to understand people through love, and the woman who is at the center of it all. The basic setup is this: One day a not-so-ordinary man meets another man with the same face, and they become involved in a complex case that entangles them in a larger mystery.

Park Hae-jin plays the titular four men, and Nana (The Good Wife) will be playing the main female lead, who is a cop. Lee Ki-woo will play the older brother to one of Park Hae-jin’s characters. Jo Hyun-jae’s original character bio was described as a ruthless CEO who wanted to win over his brother at all costs, but now we have the added note that he is initially gentle-seeming and transforms into a monster later on. Other earlier actor confirmations include Kwak Shi-ywang (Chicago Typewriter), who will be Nana’s sunbae in the police force, Kyung Su-jin (Weightlifting Fairy Kim Bok-ju) who will be her bestie, and NU’EST W’s Ren (Jeon Woo-chi) who will be her younger brother.

One of the other changes include a PD switch from Oh Jin-seok (Yong-pal) to Jang Tae-woo (You From Another Star), which was complicated by the fact that SBS almost dropped the drama when PD Oh backed out. Generally, tumultuous changes throughout production don’t bode well for a drama (see: My Sassy Girl), but I’m still optimistically hopeful because I think we still have a very solid cast and production team behind the project.

Four Men will begin filming this November, and is set to air at the beginning of next year.

I'm hoping for that too, for my sake!

I can't upvote, and I can't look at the reply posts on the fan walls either...is it working for you?

Yes, it's working for me but I can't upvote older posts!

At least they changed the PD before filming started so hopefully it wont affect production.

Thanks for the update, tineybeanie. Alas, Jo Hyun-jae had to drop out. Drat! Here's hoping that the scheduling conflicts involve another production that will see him gracing the small screen one of these days. Fingers crossed.

I enjoyed Lee Ki-woo's turn in FLOWER BOY RAMEN SHOP and THE CLASSIC. Playing a baddie will be an interesting switch.

I haven't heard anything about his new project, but yes hopefully it means he has another drama to do. I love Lee Ki-woo too, he was so swoon worthy in Woman of Dignity and I loved him in The Classic too. He gonna be a hottie villain, with that sweet face of him. Before that, I'm going to enjoy his performance in another drama this December Just Between Lovers. Seems like he is quite active these days and it's a good thing.

Lee Ki-Woo gave me my second bad case of Second Lead Syndrome in FLOWER BOY RAMEN SHOP (after Choi Si-Won in SHE WAS PRETTY).

Here's hoping another worthy villain role is in the works for Jo Hyun-jae. ;-)

Just so happy that the drama is on the way. I watched this men in the movie The Classic and in Running man. Hoping to hate him after this drama!

two of the most undoubtely good looking people in korea :) yup 'm curious