Two Cops gears up for premiere in November with new stills 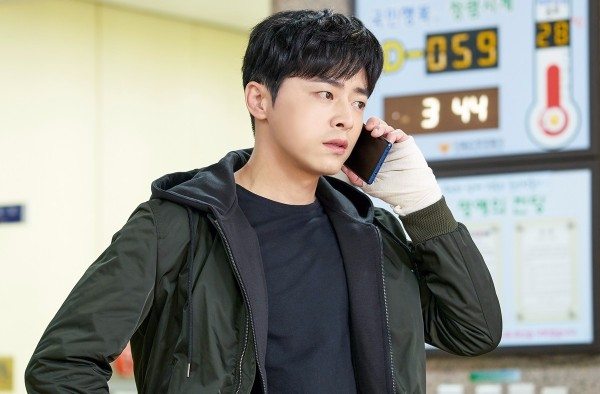 The only thing better than one Jo Jung-seok (Jealousy Incarnate), is two Jo Jung-seoks! Which is why I’m excited for MBC’s upcoming Two Cops, where Jo Jung-seok plays a man with dual identities. He is originally a justice-loving violent crimes investigator who has been nicknamed by criminals as “Grim Reaper” because it’s the end of their free lives when they see him, but his body becomes inhabited by the soul of a bewitching con man who easily enchants people out of their wallets in minutes. New stills of the drama have been released showing four of our main leads, completely immersed in their roles.

Jo Jung-seok’s leading lady, played by Hyeri (Entertainer), is a workaholic community reporter who is tenacious to a fault and has a prickly personality. To get the latest scoop, she’s always at the police station, peppering the cops with questions, and because of her dedication and perseverance, she’s worked her way up in life from her dirt-poor beginnings.

Hoya (Radiant Office) plays the brains of the violent crimes department. If he sees something once, he’ll remember it flawlessly. With a bright and positive attitude, he’s the cute but clumsy maknae of the department. From a wealthy background and with an upright appearance, he’s also definitely a prime target for the ladies. His one fatal flaw is that once something catches his interest, he’ll pursue it obsessively until the end. So when Jo Jung-seok’s character becomes one of his obsessions, he follows him like a lost puppy everywhere.

Then there’s the original scam artist that ends up in Jo Jung-seok’s body, played by Kim Sun-ho (Strongest Deliveryman). With his glib-talking abilities, handsome looks, gentlemanly manners, and good humor, he’s an artist of deception through and through. Due to a fateful event, his soul is transplanted into Jo Jung-seok’s righteous cop body, and I can already imagine that the hijinks that follow from their disharmonious joining will be pure comedy.

MBC’s Two Cops will air on Mondays and Tuesdays starting this November, following the end of 20th Century Boy and Girl. 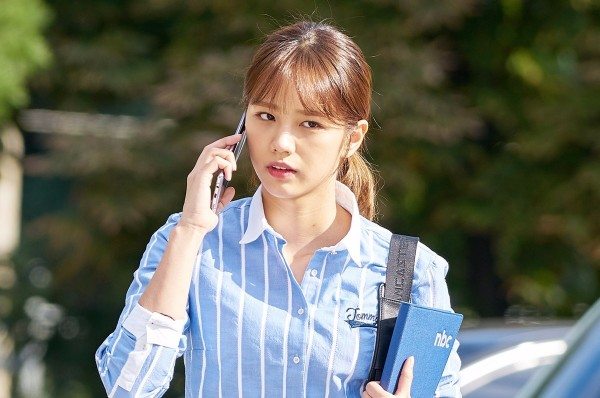 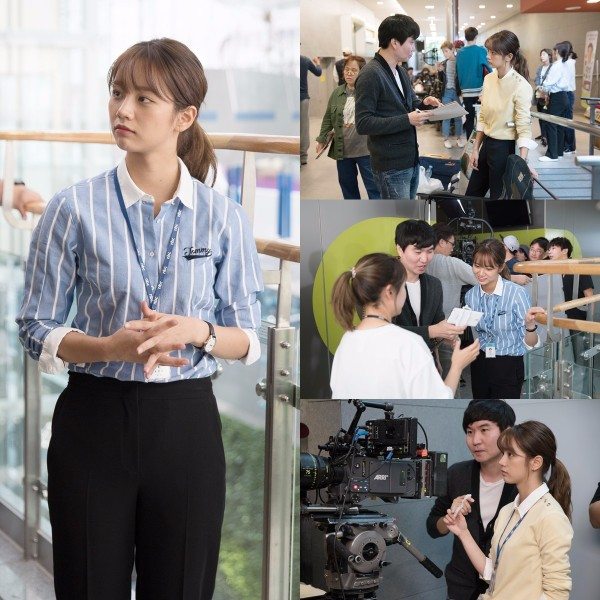 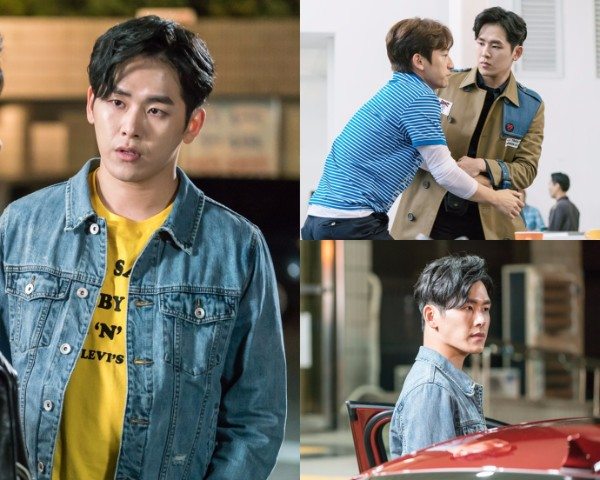 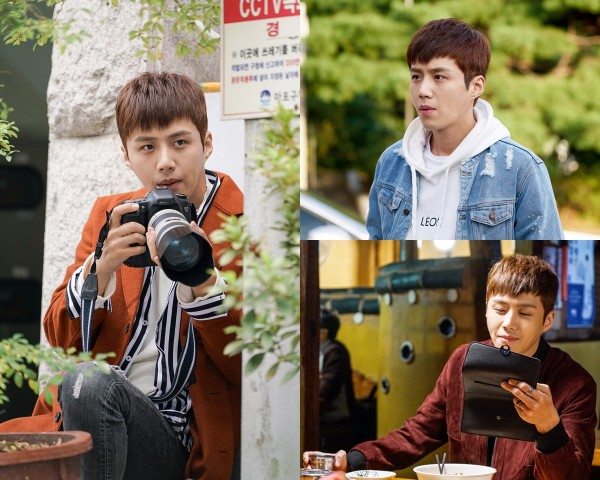 -Kim Sun-ho looks great.
-Hoya... doesn't.
-I hope Hyeri goes well with the character, like in Reply 1988. I know she works hard, so fingers crossed.
-But who cares, since I only have eyes for Jo Jung-seok.

Hopefully Hoya looks a little better during the actual viewing??

my prayers too! Can he not be uptight but good-looking at the same time? LOL

It's that hair! For God's sake, give Hoya a nice hair style!

Jo Jung-seok oppaaa... I can't wait for this drama. The premise and characters description sounds interesting, so hopefully the writing continue to be good till the end.

Not excited about this one at all because of Hyeri.. I hope she proves me wrong. I couldn't handle her in Entertainer.

All a drama needs is Jo Jung-seok and I'm in. I mean come on! IT"S JO JUNG-SEOK

Taking a guess at the elements of this show:

Facing against a youngish bad guy with mysterious connection to a chaebol. The bad guy has a dad/mom who protects him by hiring some nefarious lawyers who play the hiding evidence and fabrication game. Probably throw in a couple of corrupt high ranking police officers. Just as likely, the Hyeri character will have a sunbae or supervisor who will be her mentor/protector.

A few episodes of body exchange hijinks played for comedy (and maybe a little romance). Some backstory linking the good guys (maybe they're related). Bad guy probably responsible for some heinous crime a few years ago that either brought the two good guys together or tore them apart. Maybe throw in a few missing or dead parents.

Initially lead male and female don't like each other. Romantic confusion (although my guess is this is not a romance heavy drama - not expecting much a major romantic triangle) starts around ep 4/8 but eventually this is sorted out by ep 11/22. To finally catch the bad guy they learn how to make use of the body exchange to their advantage.

Guess that the good guys and bad guy lines will be drawn early and without too much subtlety. Character development will be minimal. The audience payoff will initially be the body change hijinks. By mid show - the payoff will be seeing how the good guy team learns to trust one another.

In Jo Jung-seok we trust! We also have Kim Sun-ho and Hoya that can add more reasons to watch this drama 💕

Just from the stills, I'm in love with Kim Sun-ho already 😘😍😚

Also how adorable is that character description for Hoya, tho I'm a bit confused, last time I read this, he was like a wife figure with JJS now he's a puppy following him around??? 😂 But I'll be happy so long as I see him onscreen.

I remembered about L's new drama as well, will it be airing the same time as this?

A reverse role for Jo Jung-seok from Oh My Ghostess - now he is possessed by a spirit!!! WOW ~~~

Kim Sun Ho should be able to play a perfect conman haaha seems like a role he would be great at. Same with Jo Jung-seok. Im expecting some awesome chemistry between the two actually. Hopefully we will get scenes with them together kind of like Oh My Ghostess. Cannot say Im looking forward to Hyeri, but I am hoping to be surprised.