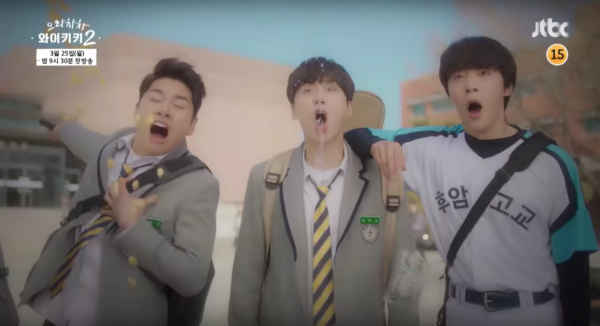 Awww. I don’t usually find idiocy endearing, but it’s like these guys are Dumb and Dumber who also had a perennially P.O.’ed older brother, and it looks really, really cute. JTBC’s season two of wacky guesthouse comedy Woohoo Waikiki has just released a new teaser featuring our male trio, Lee Yi-kyung (Red Moon, Blue Sun), Kim Sun-ho (100 Days My Prince), and Shin Hyun-soo (Twelve Nights). Sadly, none of the female counterparts feature in the clip, but they are thankfully included in the host of posters that were also recently released.

The teaser begins with an image of the guesthouse falling apart, and the three friends who all look a little worse for wear, one sporting a bloody nose, another two black eyes, and one an unfortunate pair of sunglasses. A woman offscreen assures us that “they’re the only ones who are strange. Only them.” The teaser announces that the “three friends who have hit life’s rock bottom have come together at Waikiki.” Just right off the bat, I have a feeling that “rock bottom” is going to be a common theme in this series.

We get a small intro to each of our male leads, first focusing on Kim Sun-ho’s Cha Woo-shik, a dirt-poor singer trainee and the world’s crankiest crank. In Woo-shik’s character poster, he says that he “will do anything that makes him money!” Ah. That explains the sequined jacket and the hair gelled to the side of his head in the teaser… Next up is Lee Yi-kyung’s Lee Joon-ki, who’s back to being the “third-rate” extra with a presence as light as a feather. I’d feel bad for him, if he wasn’t so chirpy in his various costumes. I hope he somehow channels his manic energy into career success, which he declares he’d do anything for in his character poster.

And last is Shin Hyun-soo’s Guk Ki-bong, a former baseball prodigy, who has since fallen from grace. Which is particularly hard on Ki-bong, since it doesn’t sound like he has much else to offer: Joon-ki says it’s not Ki-bong’s fault he’s “so dumb,” as we watch the minor league baseball player struggle to eat ramyun. The teaser labels him as “simple,” “ignorant,” “odd,” and “pure” but that doesn’t stop him from holding out hope, and his poster declares that “tomorrow, my sun will rise!” I hope it does too, Ki-bong, I hope it does too. The teaser ends with a panicked Woo-shik angrily saying that he thought they had hit “rock bottom,” to which Joon-ki responds that he thought they had – “I didn’t know we’d hit more bottom past rock bottom!” Uh-oh.

Of course, we can’t let the ladies go unmentioned: Moon Ga-young’s (The Great Seducer) poster describes her as the “princess” who became the “beggar in a twist of life.” Ahn So-hee (Entourage) boldly asks for “all the part-time jobs in the world!” And Kim Ye-won (Heart Surgeons) wield a couple chopping boards and declares that she will “protect Waikiki.” I don’t doubt her for a second, not with that pose.

Woohoo Waikiki 2 will premiere on JTBC’s Monday-Tuesday slot on March 25, after The Light in Your Eyes ends its run. 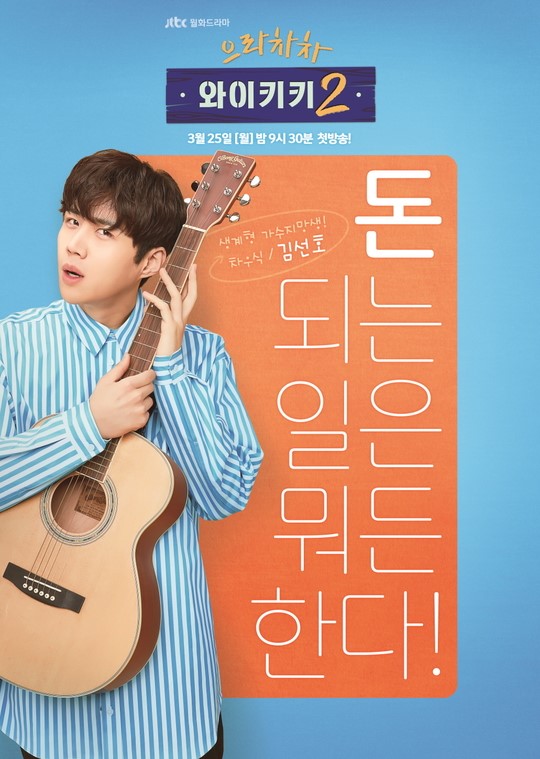 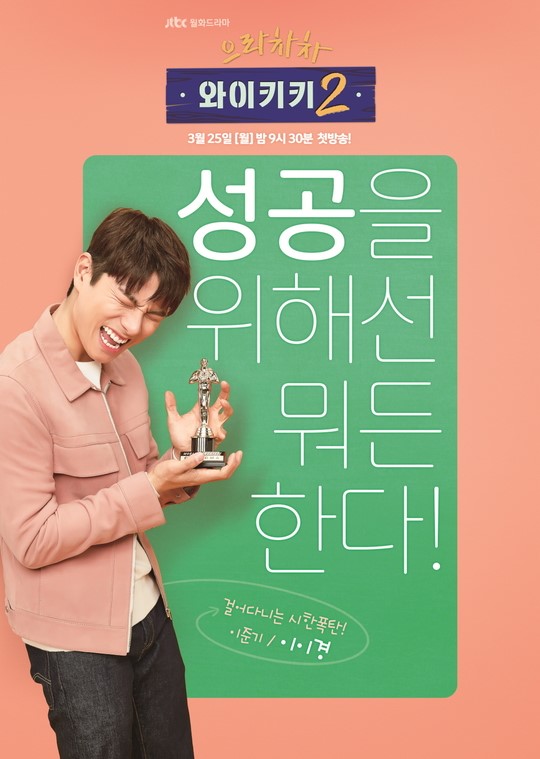 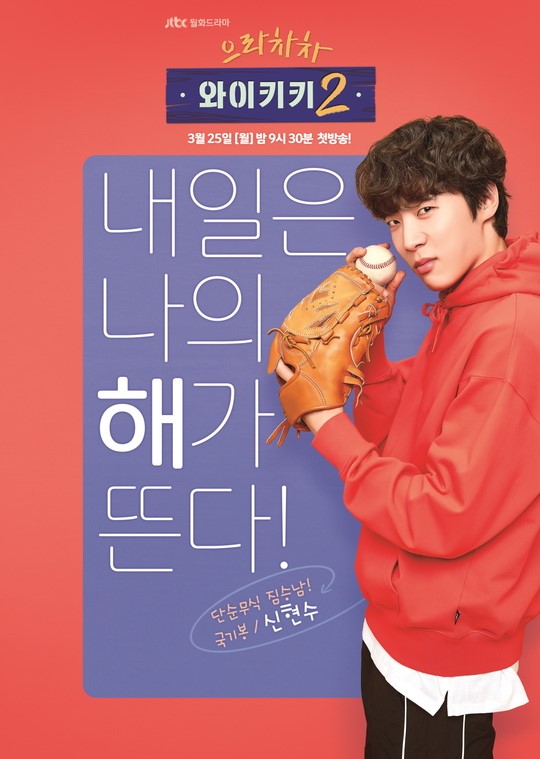 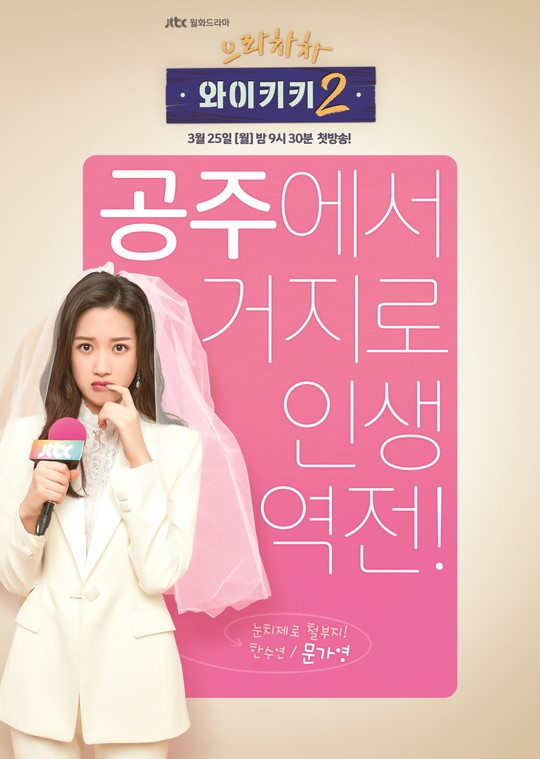 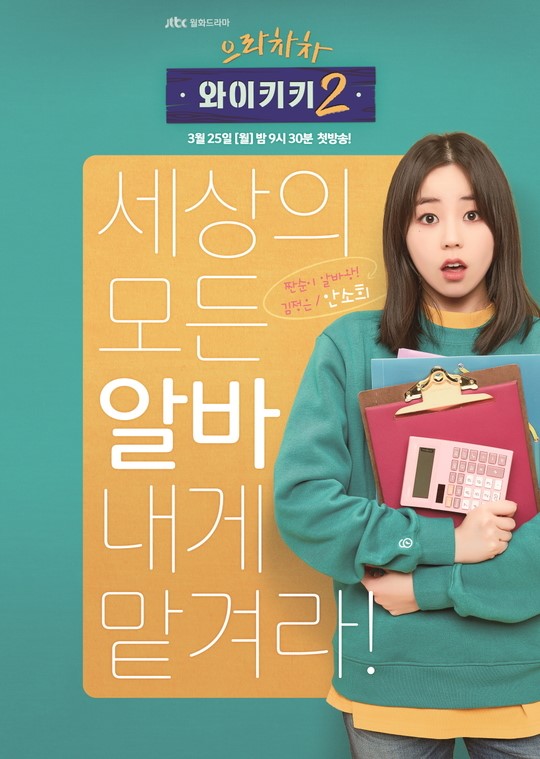 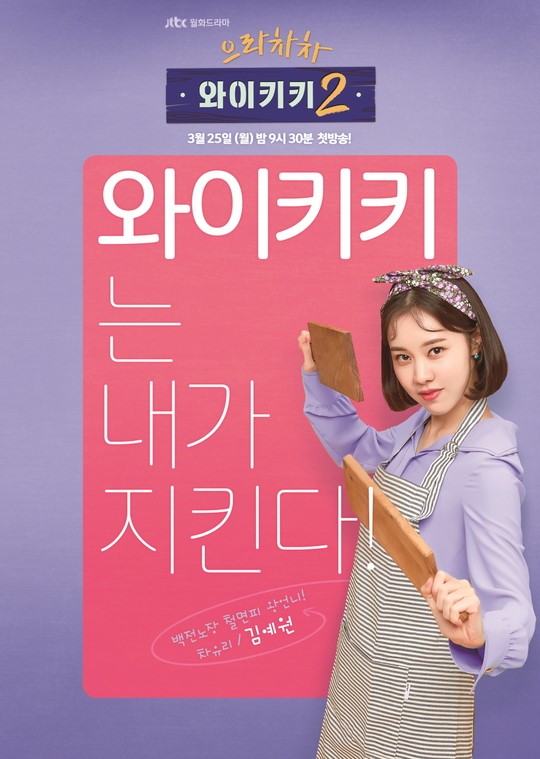 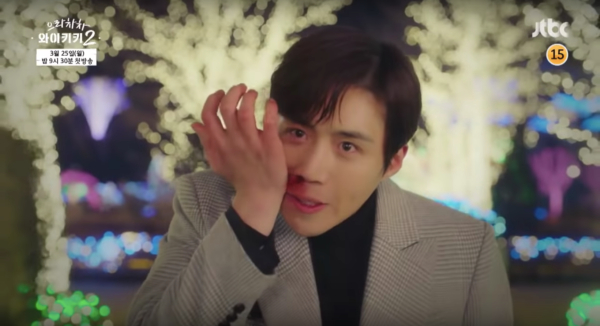 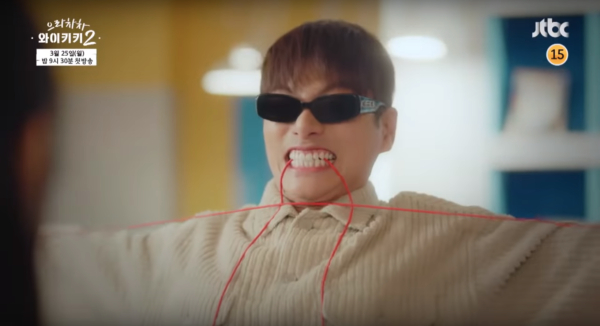 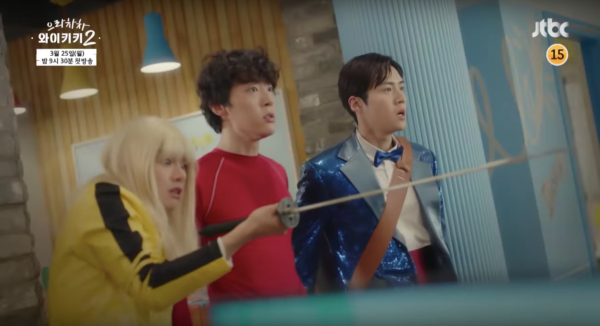 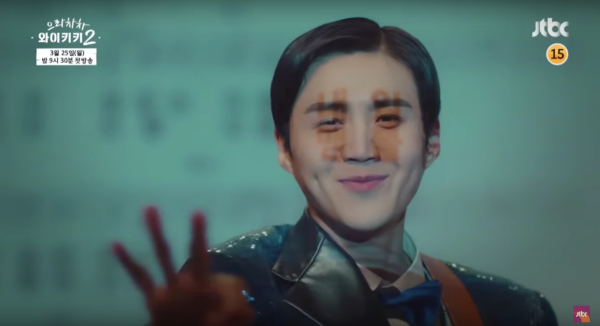 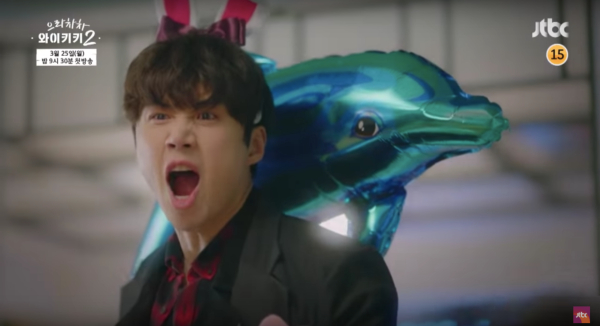 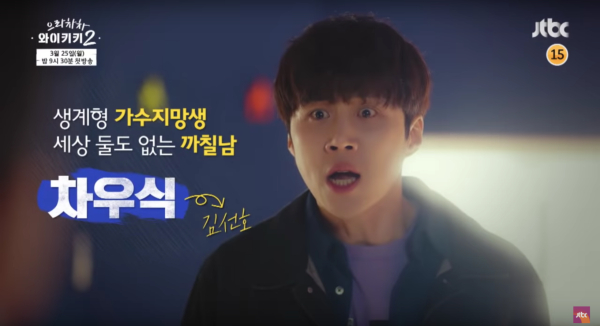 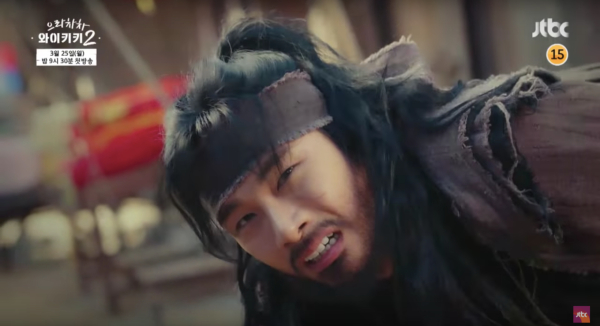 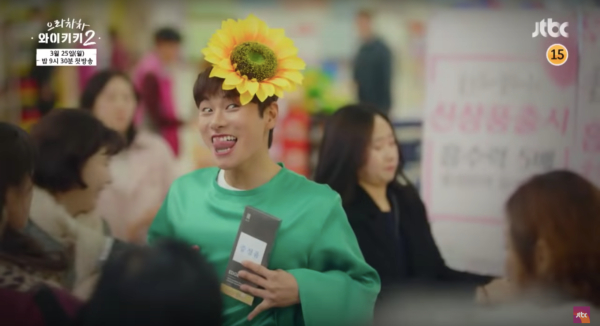 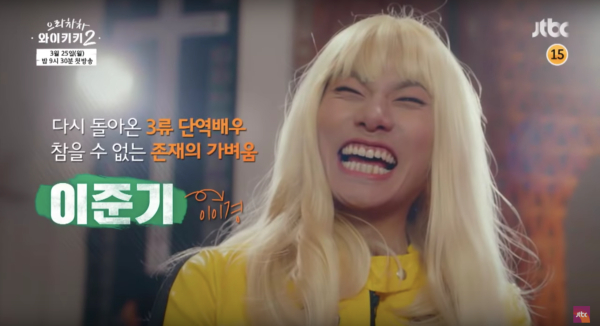 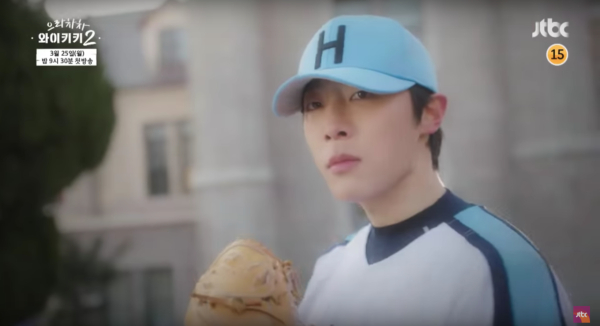 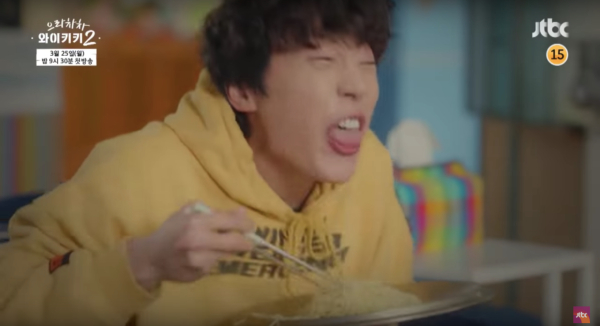 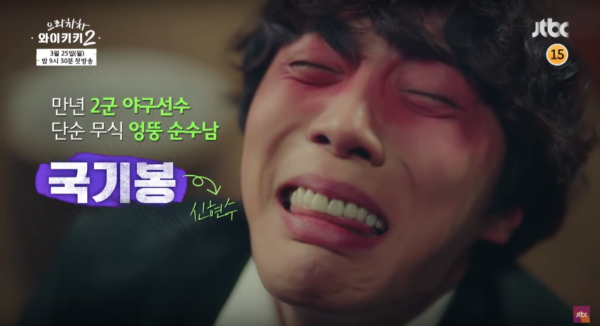 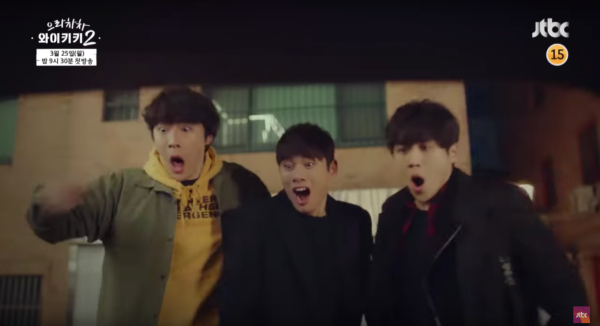 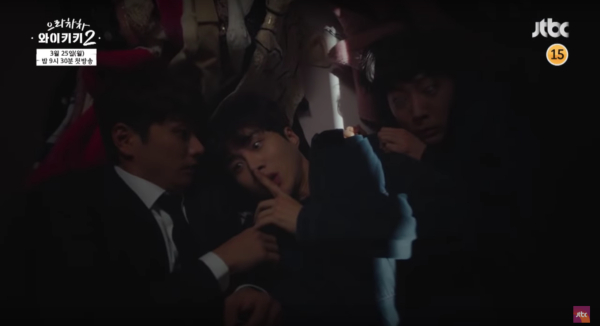 Where is baby Sol? She'd make me watch this.

We will all miss baby Sol. Unfortunately, her momma did so well in "y Secret Terrius" (she even won an award) that momma was no long available.

Thanks for all the updates but when will we next see an article written by JB or GF! It has been so long!!!!! I know you guys are busy but I miss their writing!

I never thought I'd happily anticipate the return of smelly feet, but that's all I hope for now every time I see Shin Hyun-soo in the cast list.

I can't wait for Lee Jun-ki's antique! I hope we'll see "Rebecca" as well... Wondering how Lee Yi-kyung will be back to become Jun-ki after becoming a serious detective in "Children of Nobody."

I kind of forgot about this show once they announced the casting changes. But, these teasers have me so excited now. I'm confident they will be able to keep the same light tone and comedy as the first season. Definitely what I need from dramaland right now.

It is not a real continuation of the first season, but it looks fun.

I was hoping that most of the first cast would return and continue the story. However it is possible that this could be even better in part because most of the characters are new.