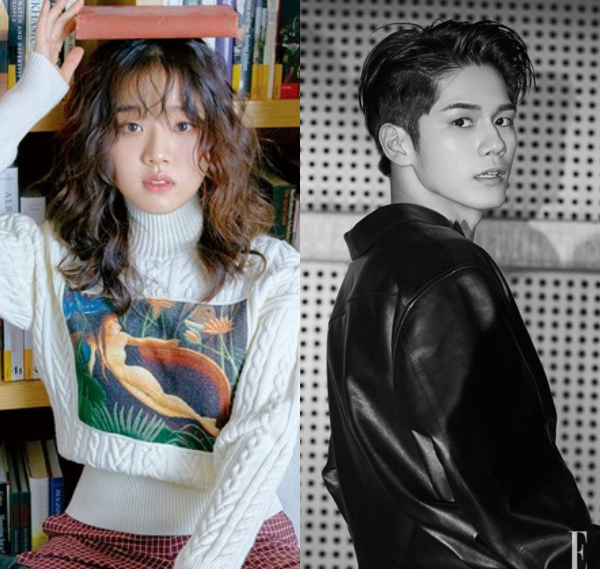 Wow, this drama makes me feel so old on several levels. JTBC has a pretty great track record when it comes to high school dramas, with acclaimed shows like Solomon’s Perjury and SKY Castle (which was sort of a high school drama), so I’m excited that there’s several more in the works over at the cable channel. In addition to A Beautiful World, which is due to premiere next month, JTBC is planning a youth drama called A Moment at Eighteen, with Kim Hyang-gi (Innocent Witness, Along With the Gods) and former Wanna One member Ong Sung-woo set to star.

In addition to the young leads, A Moment at Eighteen has added Kang Ki-young (My Secret Terrius) and Astro’s Moon Bin to the lineup. Both will play characters related to Ong Sung-woo’s character: Kang Ki-young will play his assistant homeroom teacher, who’s described as a bit hapless and will mature as a teacher as the show goes on. As for Moon Bin, he’ll play a popular high school student, well-known for his looks and athletic abilities. He becomes Ong Sung-woo’s sole friend at school, and sounds like a bit of a mother hen, cooking food for the latter, who is a transfer student and lives alone.

So, I do have to admit that I’m a tad nervous about this lineup, which is a mixed bag. On the one hand, I adore Kim Hyang-gi and find it a little incredible that she’s now old enough to star as a drama lead (also, she’s a college freshman now, which blows my mind). And Kang Ki-young is a reliable scene stealer whatever he’s in, and I have no doubt that he’ll act the heck out of his character. 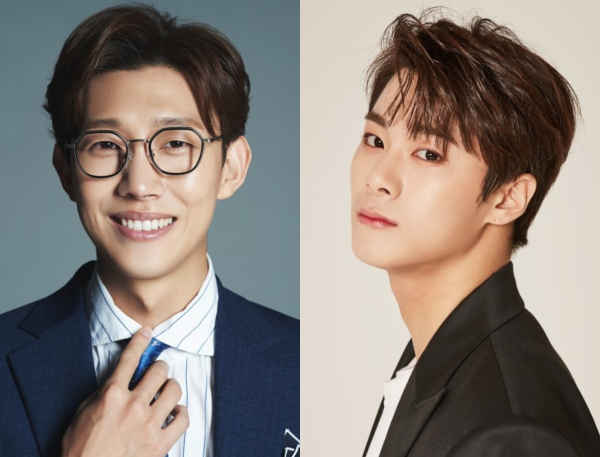 But Ong Sung-woo and Moon Bin are both complete newbies to dramaland, and I’m just preconditioned to be wary of untested talent that way. Ong Sung-woo’s character sounds like it might require a bit of dramatic chops, too, as a loner transfer student whose loneliness has become a “habit.” Let’s just hope he’s up to the task. Moon Bin technically had his drama debut way back in 2009’s Boys Over Flowers as a baby Kim Bum (another “where has the time gone” moment, by the way), but he hasn’t had an acting credit since that brief appearance, so we’ll just have to wait and see whether he has some decent acting chops.

The youth drama, which promises to portray that particular feel of being eighteen, when even the smallest incidents trigger a whirlwind of emotions, will be penned by writer Yoon Kyung-ah, whose credits include Perfect Wife and Medical Top Team. Directing will be Shim Na-yeon, who has two web drama credits to her name: Hip-hop Teacher and Memories of Summer.

A Moment at Eighteen is expected to start production next month and is slated to air sometime in the latter half of this year.

Did someone say Kang Ki-young?
*grabs a chair*

This show wasn't on my radar before, but for kang ki young I'll give it a go!
Are you watching the secret village of michuri? He is a regular cast member and he makes the show entertaining. I didn't realise how funny he is outside of the characters he plays.

whoa i hadn’t heard of that—must check it out!! thanks 💜

Just realised the show is called michuri 8 1000 or Village survival, the eight.
It's a variety show, but kang ki young is a scene stealer in that too!

You should watch "Seong Woo is alright" on youtube. I adore this mini film. Not sure how good he would be in full length drama, but at least he shouldn't be terrible...

Ooh, okay! I'll look into that!

My brain gave up imagining Ong Sung-woo as a loner. I've never seen him sit still for a full minute. XD

Who says it'll be Ong Sung Woo? He's too puppy-cute for this... I'm telling you it's his evil twin!! O_O

me excited to watch ong SK.. expect him to be a good actor..

and in this pic, he just looks perfect for that male lead role in GREASE

Seriously where has the time gone!
I used to feel old seeing Kim Soo Hyun and Kim Yoo Jung be leads in dramas after seeing them grow up from their Moon embracing sun days and now Moon Bin (who I have followed since his pre-Astro and BoF days) is in a proper drama along with the other child actors! ahhhhh Can i just stop aging lol?

But still I do still have faith in JTBC's school dramas! I think my first JTBC drama was Detectives of Seonam Girls HIgh School (might have gotten the name wrong) and it was so offbeatedly good! And Kang Ki Young is a guaranteed good watch!

Seeing Moon Bin makes me feel so old because I remember him being Mini Yunho in the DBSK's Balloons video. LOL

Have to wait and see about ong sung woo and moonbin, but kim hyang gi and kang ki young! Can't believe the former is turning 19 this year(20 in korean age!).

About Ong Sung Woo,, this is my gut tells me,,he'll be at least a decent actor.. and he'll be better with experience..

Aah~ Kim Hyang Gi.. I have always had a picture of little Sora from k-movie Wedding Dress in my mind everytime I saw her name.. Good luck, Hyang Gi-ah ! 😊

I never watched Broduce but I somehow became an Ong fan anyway. And I love Kang Ki Young.
So that's a good start.

I hope ong do well in this drama

It's not just Kim Hyanggi who has grown up - Moon Bin played the tween version of So Yi-jung (Kim Bum's character) in "Boys over Flowers". O.O

Moon Bin is kind of a newbie and kind of not. He was a child model and actor before he disappeared and came back a grown idol singer but wasn’t in enough roles to say he is experienced. He will always make me feel old because I was in college when he was playing mini-Yunho and was working when he was in BOF. So to see him so grown reminds me of how much time he passed.