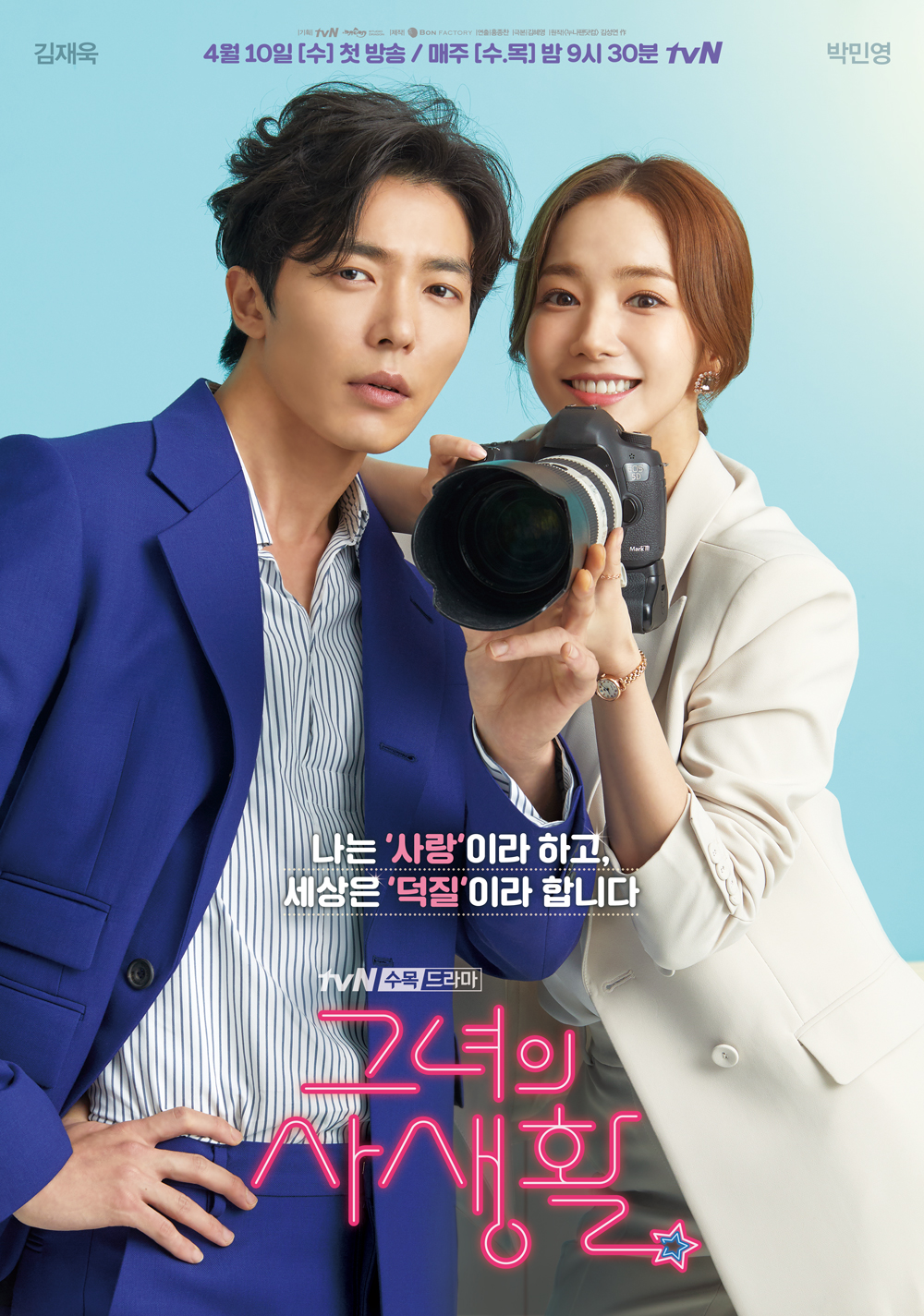 Park Min-young plays the central character of the drama, Sung Deok-mi, who is a successful art curator by day. Outside of her professional life though, her time is devoted to her idol crush: Cha Shi-ahn (played by real-life singer ONE). And she’s been blessed to be part of a trio of friends who share and support her passion for fangirling.

Park Jin-ju plays the role of Lee Sun-joo, who’s been friends with Deok-mi since high school. The two are fangirl soulmates and fellow comrades in the intense fandom battles for all the best tickets to concerts and live performances. They are also co-presidents of Cha Shi-ahn’s fan site, which they run together. Called “Shi-na-gil”, it’s an abbreviation in Korean for “Shi-ahn is my path”.

The newly released stills show Park Min-young and Park Jin-ju doing what their characters love best, fangirling. In the top photo, the two are looking at something on the phone with concern – presumably bad news about their idol crush. The other two photos show both characters on standby, waiting for the perfect moment to take photos. 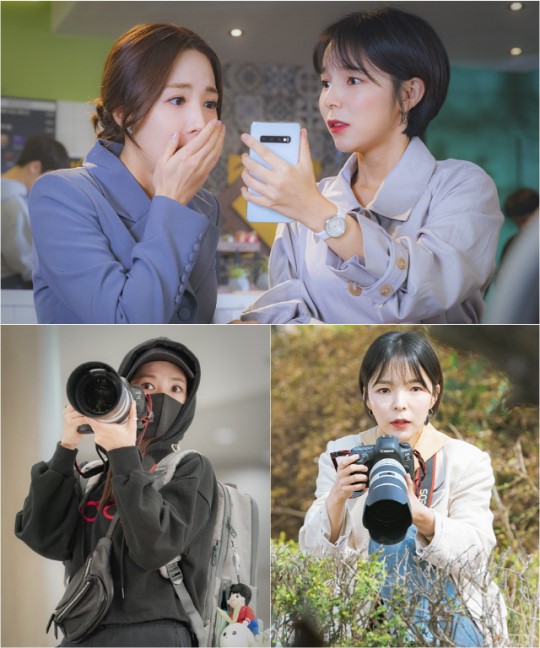 Completing the trio of friends is Ahn Bo-hyun (Dokgo Rewind) who plays Nam Eun-ki. He’s known Deok-mi since birth and the two grew up together like real siblings. Although he himself is not a fanboy, he has been the brains behind Deok-mi and Sun-joo’s fangirl adventures and is well-versed in fandom history. Still, one could say that he does have a number one in his life and it has always been Deok-mi.

I’m sad that there aren’t any new stills of Kim Jae-wook (The Guest). But, I am happy to see Park Jin-ju cast in this drama. She’s always been a great character actor, particularly with comedies, and I hope she really delivers with this role as well!

Upcoming rom-com Her Private Life is set to premiere next week on April 10, and will be airing Wednesdays and Thursdays on tvN.

This drama seems right up my alley. I'm so ready!

After my recent 1% of Something re-watch, I have been wondering where Park Jinju was... and I completely forgot she was part of the HPL cast!!!

...I will leave all the fangirling of the main leads to other Beanies and focus on her 😍😊

That poster is perfection. Really looking forward to this!

Next week is by the for we. Yipee

I'm so pleased for Park Jin Ju, I've been an avid fan watching all of her smaller roles for a while now... is this her first more major role, or was there something I missed in 2017-18? Either way, I hope she leads a drama someday, she's awesome. ^^

On a really petty point I really dislike Park Ming Young's hair styling in this drama. That middle parting and covering of the ears really doesn't suit her. She was so so pretty in What is Wrong with Secretary Kim. She was never prettier. This is my second least favorite hair style on her after Healer and Healer one really bugs me because that's the drama I like to rewatch the most but find her hair in it especially after the mid-drama cut distracting. It's surprising how much hair styling affects beauty.
On a more serious note, I am looking forward to this drama!

Park Jin-ju! She can be such a fun scene-stealer!

Sorry but isn’t there anybody to delete this psychopath‘s comments?! Wish we could report these kinda trolls..

I've never really understood the passion (and for some, obsession) behind fangirling/boying. But despite that, this still looks really cute. I also really like both actors so I will definitely be watching this one!