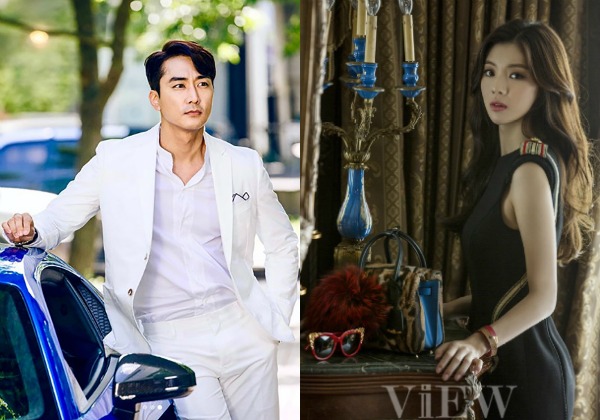 Song Seung-heon (Player) has signed on to play a former politician in the upcoming tvN drama, The Great Show. Im Joo-hwan (Different Dreams) and Lee Sun-bin (Sketch) will be joining Song Seung-heon along with relative newbie Noh Jung-eui (Kill It).

Song Seung-heon’s character Wie Dae-han (Wie Dae-han literally means “great” in Korean) was once a member of the National Assembly. As a rookie politician, he dreamt of creating a just society and had impressed the electorate with his good looks, eloquence and intelligence. Unfortunately, issues with his family background put a damper on his career. One day (post-stint as an assemblyman), an 18-year-old girl (Noh Jung-eui) shows up at his door claiming to be his daughter. As if that’s not enough of a mindblower, she’s shown up with her three younger siblings (whom he definitely didn’t father). He ultimately takes them all in with a plan to put on a “great show” in order to gain another term in office.

Lee Sun-bin will play his college hoobae-turned neighbor, Jung Soo-hyun. Her character is a writer on a current events show and she’s a passionate woman who can’t bear to see injustices go unchallenged. By chance, Lee moves in across the street from Song Seung-heon and the move is the catalyst for a huge change in her life. 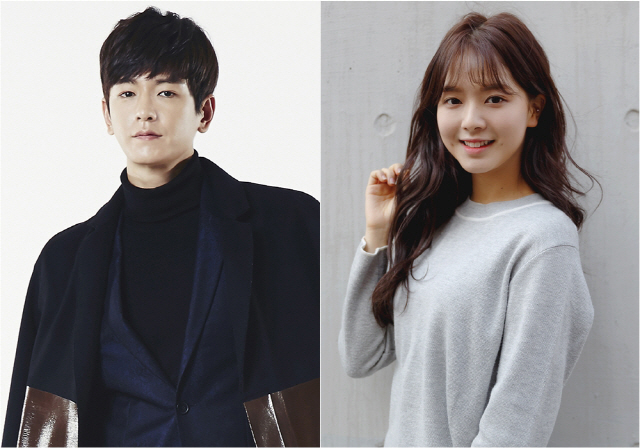 Im Joo-hwan will be playing Song Seung-heon’s political rival. His character Kang Jun-ho is described as an unbelievably perfect man. The ultimate gentleman, charming, and very well spoken, he’s a formidable foe for Song Seung-heon. They’ll battle for a seat in government.

Noh Jung-eui’s character is described as a cheery optimist and the oldest of four. Their mother raised them all on her own but when she’s killed in a hit-and-run, Noh Jung eui decides to seek out Song Seung-heon whom she believes is her biological father.

I’m not the biggest Song Seung-heon fan, but he held his own in the body-swap comedy film Wonderful Nightmare so he may exceed my expectations here. PD Shin Yong-hui (Cross, Tunnel) and writer Seol Joon-seok (Ad Genius Lee Tae-baek) will be taking the creative reins; the drama will air in the second half of the year on tvN.

@stroopwafel,
Thank you for the news on Song Seung-heon's upcoming comedy, which is giving me vibes of CITY HALL mashed up with THE GREATEST LOVE. He's certainly got the looks to give presidential candidate Jo Gook and actor Dokko Jin (Cha Seung-won) a run for the money. I thoroughly enjoyed SSH's performance in WONDERFUL NIGHTMARE, which I recently rewatched. In this show, he won't have to suffer a heavenly administrative foul-up that is remedied by a body swap that results in instant parenthood, so it will be fun to see how he deals with his putative daughter and her siblings. In BLACK, his earnest cop, Han Moo-gang, was entertaining, too -- although I think SSH truly excelled in the action portions of the show. His camaraderie with his fellow con artists in PLAYER had its comic and touching moments, too.

Noh Jung-eui has been doing a good job in KILL IT.

So his family background blocked his career but showing up with a kid conceived out of wedlock might help to get it back on track? In a society that is so traditional like the Korean one? Ok...

Im Joo-hwan's character is described as an 'unbelievably perfect man'? That makes me think that the twist is that he's really a serial killer. Or a Reaper.

Omg this plot reminds me of that old amanda bynes movie with colin farrel. What was it...? “What a girl wants”

My mistake, thank you

Song Seungheon's pretty good in comedy and action. I liked him a lot in Player.

Yep, I also didn't know he'd be that awesome in Black. He had some funny, amusing side in that drama too.

Song Seung-heon does best when he's relaxed in the role he's playing and comedies seem to allow him to do that. In this new project they're going for the laughs as Song Seung-heon suddenly finds himself with an instant family so it certainly has the potential for fun.

SSH seems to enjoy taking light, comic roles at this point of his career. As one of THE original batch of hallyu oppas we swoon over for years now, I feel he presently lives by the phrase: Funny is the real Sexy. You're on the right path, oppa, you're still in my top 5 sexiest Korean actors. Yo!

Noh Jung-eui ~ i love this kid!!~ Plus Song Seung Heon-- gahdd after watching Saimdang he was like a whole new package to me, though I grew up watching him. Ofc Im Joo Hwan? Sing me in!