In this dark fantasy drama, a women runs a hotel for souls and ghosts who are passing into the afterlife. At the hotel, they must deal with any unfinished business and the ties that are holding them back. A new assistant manager starts at the hotel who is afraid of ghosts.

In this dark fantasy drama, a women runs a hotel for souls and ghosts who are passing into the afterlife. At the hotel, they must deal with any unfinished business and the ties that are holding them back. A new assistant manager starts at the hotel who is afraid of ghosts. 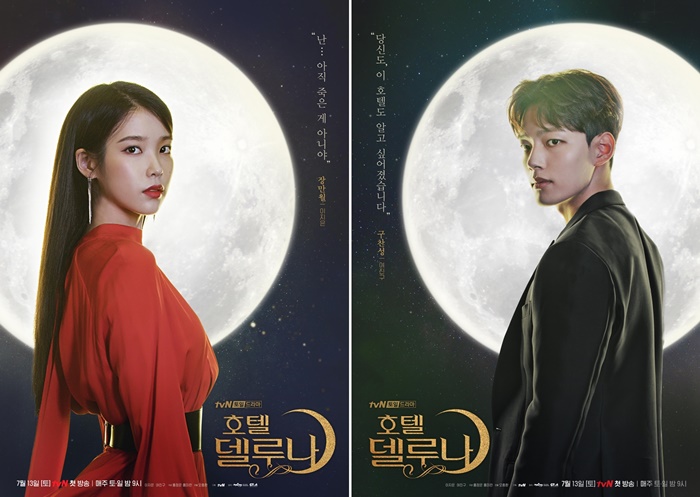 Hotel del Luna’s promo game is going on strong with the release of two character posters and a couple more stills. Yeo Jin-gu (My Absolute Boyfriend) stars as an elite hotelier, who, by a fateful circumstance, becomes the general manager of Hotel del Luna, a hotel that only takes ghost guests. IU (My Ajusshi) plays the temperamental but aloof hotel owner whose beauty is like the moon. Together, they begin to run Hotel del Luna, as strange happenings occur around them.

The extravagant, beautiful hotel owner, played by IU, claims in her poster: “I’m not dead,” but then how could she own a hotel with only ghosts as guests? Yeo Jin-gu’s character is a hotelier with a perfect resumé and a cold logic, but he’s also a scaredy cat who jumps whenever he sees a ghost. Despite his fear, his poster says in reply to IU’s: “I’ve come to want to know about you and this hotel.”

The still cuts shown below are from the set on the first day of filming. After the first day, it is reported that Yeo Jin-gu said of IU: “It was as if Jang Man-wol [IU’s character] was really walking toward me, and I can’t forget it. The character really fits her well. I could tell she prepared to make her character so cool and pretty, and I’m looking forward to working with her.” The filming crew said of the two together: “It was as if IU and Yeo Jin-gu had talked a lot about this before. Because the characters are so unique, we thought it would take some time to get used to, but from the beginning, their compatibility was great, and filming ended smoothly.”

tvN’s new Saturday-Sunday supernatural-romance drama, Hotel del Luna, written by the Hong Sisters and directed by PD Oh Choong-hwan (While You Were Sleeping, Doctors), will begin to air on July 13. 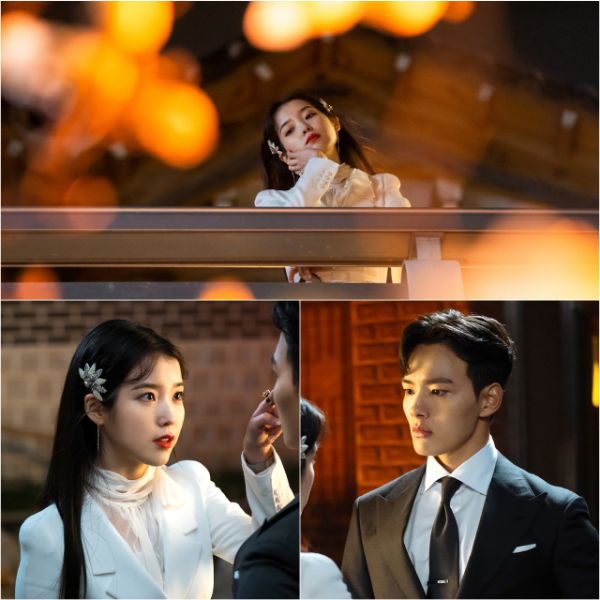 IU is extremely pretty. Her visuals are making me excited for this drama.

Yes. She is absolutely gorgeous🥰

I really like her look in this too! Especially the all white look in the screen shots :D

this is an interesting pairing and a fun story. i am very interested in watching this! yeo jin gu is on fire right now with his acting career and i love IU since my ajusshi. let the spooks begin!

Ah Hong sisters. I am not a fan but I have seen every drama you wrote :D Looking forward to this. As always.

Lol This is how I feel about Kim Sun Ah. I am not a fan but I have seen most of her dramas and some of them are even in my favorites list.

Not sure yet if I am going to watch this. But I must say that I love IU's look in this drama.

I love the cast (both are great actors) but the writing should be good enough to make it work. Hong Sisters, please do your magic this time!

I'll be watching this!

Despite my reluctance to Hong sisters dramas, I AM ABSOLUTELY LOVING THE PLOT! Supernatural comedy is absolutely my catnip and if this is anything close to 'Masters sun', I'll be hooked for sure. Fingers crossed!! 🤞👻

Is it only me or did anybody else expect to see IU and YJg look up and howl at the moon in those posters?😂

LOL! Now that you mentioned it, I can definitely see that happening.

I love IU! As much as I would love to watch this I am not sure if Viki or Netflix got the license for this drama. Gawd, I missed Dramafever :(

cameo from the marathoner please, my favorite ghost.

The first kdrama that made me excited this year. IU really looks mysteriously beautiful her and I love all her clothes.