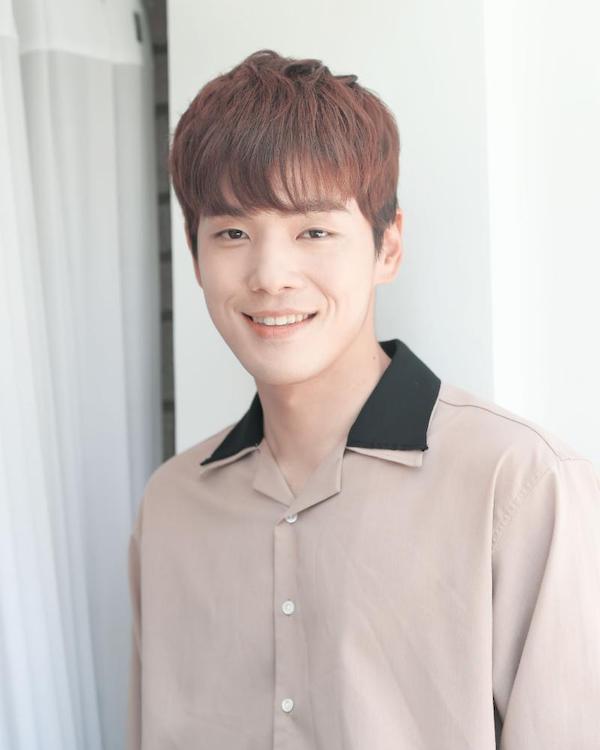 Mori’s back!!! Kim Jung-hyun (Time) is returning to the smallscreen after taking a one-year hiatus from acting due to physical and mental health issues. According to the latest reports, he’s joining the cast of Love’s Crash Landing.

It’s about a South Korean heiress, played by Sohn Ye-jin (Pretty Noona Who Buys Me Food), who crash-lands in North Korea in a paragliding accident. She’s hidden and protected by a military officer in the North Korean army, played by Hyun Bin (Memories of the Alhambra).

Kim Jung-hyun is playing the role of Gu Joon-hee, a businessman who appears suddenly amongst high society, like brightly burning comet. He’s wealthy; handsome–and possesses an extraordinary intellect. I’m not sure where he fits in with the whole Sohn Ye-jin-Hyun Bin love story, but apparently his character will leave without a trace, and end up interacting with a diverse array of people on his own journey.

Either way, I’m super stoked about Kim Jung-hyun coming back to dramaland despite the Time scandal and his abrupt departure from that show. Hopefully this time around, conditions will be better, and he won’t feel too overworked.

The writer of Legend of the Blue Sea and You From Another Star, Park Ji-eun, will be teaming up with PD Lee Jung-hyo (Romance Is a Bonus Book, Life on Mars) for the drama. Love’s Crash Landing will air on tvN starting later this year.

This show sounds like a train wreck but I'm so glad Kim Jung-hyun is back. He really was the best thing in Time.

I'm reserving judgment on the potential wreckedness (I can make up words if I want to. It's English) of the drama. (Okay, it's sounds like it has wrecktastic potential), but I am glad Kim Jung -hyun is coming back, and I hope he took enough time to heal and gather his strength.

*grabs parachute* I’m in. MORI!! 😍😍
I was just telling @kudoran that I think it’s a good idea for him to join a drama with big names. Let them do the heavy weightlifting. Less pressure for him.

The "burning comet " description made me laugh.
And then I wondered if they are hinting that he will die at the end.

Though I think these 3 actors could be amazing together.

I missed you, sweet Prince~

Tae-swoooon!! I hope youre healthy and doing fine!

So glad he's back. I hope his fans will encourage him to take his recovery slowly and not overwork for them or his employers, so he'll have a full and lasting career ahead of him.

I am so glad he's back with a great line up

I hope he's really ready to make a comeback. The drama seems like a good choice.

That was no scandal btw.

IKR... I really didn't understand how it became a scandal. Anyway, oppa fighting!!!!!!

Wasn't he is Waikiki? We know he can do comedy, even though he was more the straight man in that one, so it will be nice to see him do something different. Due to the cast, I will probably be watching this no matter what the thumbnail sketch says.

This is a great cast and hopefully the writing won’t disappoint! So glad to know he’s doing better now. I first saw him in Time and his acting was seriously so good.

Man this cast is to die for. It’s rare to have every single cast member be a favourite of mine including Seo Ji hye who has confirmed for the cast as well. I love this director and all his works so expectations are high for me to end this year with a bang

So thankful that he’s back! Wishing for the best for him in terms of his mental/emotional and physical health, as well as for this new project! Fighting!!

I hope he is really well and that filming and promoting will not be too much for him.

I just rewatched School 2017. Tae-swoon is such a dear

17 I'm done with this arrogont actor

Hmmm wish he know what meaning Drama and Real Life just cos YOU GUYS KNOW WHAT I MEAN !!

Wow you really loathe him til you comment using this kind of name. Thanks tho for anticipating the drama presscon

Evidently you don't seem to know the difference between the media and real life. You don't know him or how he was feeling, and clearly he wasn't feeling very well since he left that drama because of physical and mental health issues. Stop projecting your own perceptions on him without any evidence of what his actual character as a person is like.

I'm really really glad that he's back. he scared me back then. fighting oppa.💜

LEGEND OFTHE BLUE SEA and YOU FROM ANOTHER STAR are both classics. So I am not going to expect a train wreck. However, SHY BOSS had the same writer as MARRIAGE, NOT DATING and was a disaster from the start. So I am aware that this could be a flop. We shall see.