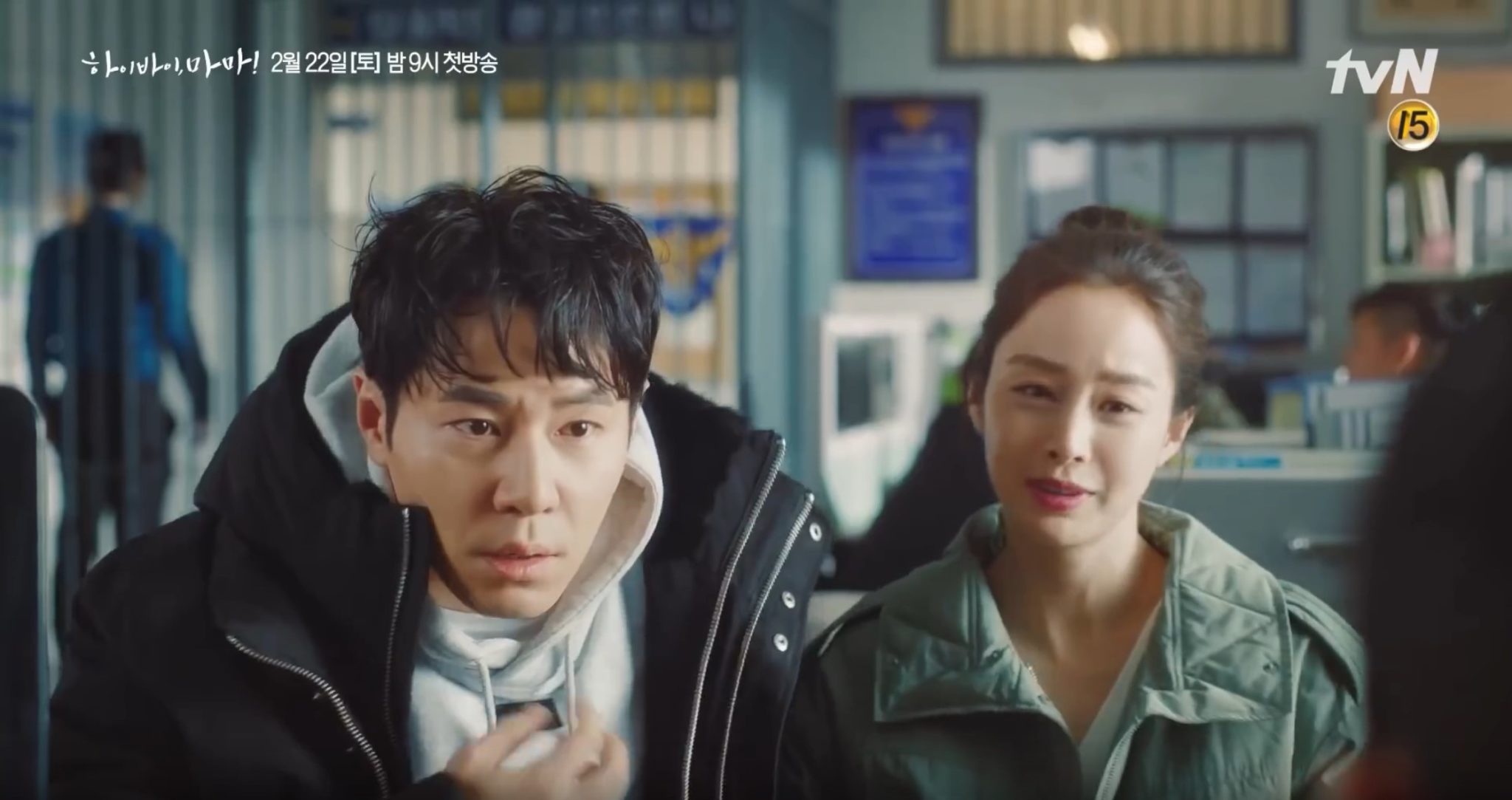 The story is centered around Kim Tae-hee’s character, Cha Yuri, who sadly dies in a sudden accident. However, due to the heartache of not being able to raise her own child, she’s been lingering as a ghost for 5 years and continues to delay her passage to the afterlife. As a result, the heavens grant her an exception and she is given the chance to complete her 49-day journey to reincarnation in the land of the living instead. And she reappears in front of her young daughter and husband Jo Kang-hwa, played by Lee Kyu-hyung, who are thrown for the loop when they see her.

The teaser starts with a distraught Lee Kyu-hyung rushing through the police station. In voice-over, we hear the police officer who called him: “You’re Cha Yuri’s husband, correct? Cha Yuri is here at the police station right now. Could you please come and verify a few things?” Stumbling into the main office, Lee looks around frantically and calls out for his wife. When he sees Kim Tae-hee, he freezes in shock. Kim, in the middle of eating, drops her bowl when she sees her husband and Lee promptly faints.

Cut to two police officers reviewing Kim Tae-hee’s records on the computer: “Cha Yuri, you’ve been registered as deceased…” A close-up of the monitor shows December 2015 as the date of death and the officers stare blankly at her. Kim tries to rouse Lee Kyu-hyung who is passed out over the back of the chair: “Honey…Please get up…” Suddenly coming alert, Lee tries explaining the situation to the officers: “Five years ago, my wife di–” However, while he’s speaking, he locks eyes with Kim Tae-hee and promptly faints again. The teaser closes with Kim’s voice-over: “A 49-day reincarnation story. Hi Bye, Mama!”

Writing for the drama is Kwon Hye-joo (Go Back Spouses) and directing will be helmed by PD Yoo Je-won (Abyss, Oh My Ghostess).

tvN’s Hi Bye, Mama! is currently set to premiere next month, on February 22, and will be airing Saturdays and Sundays following Crash Landing On You. 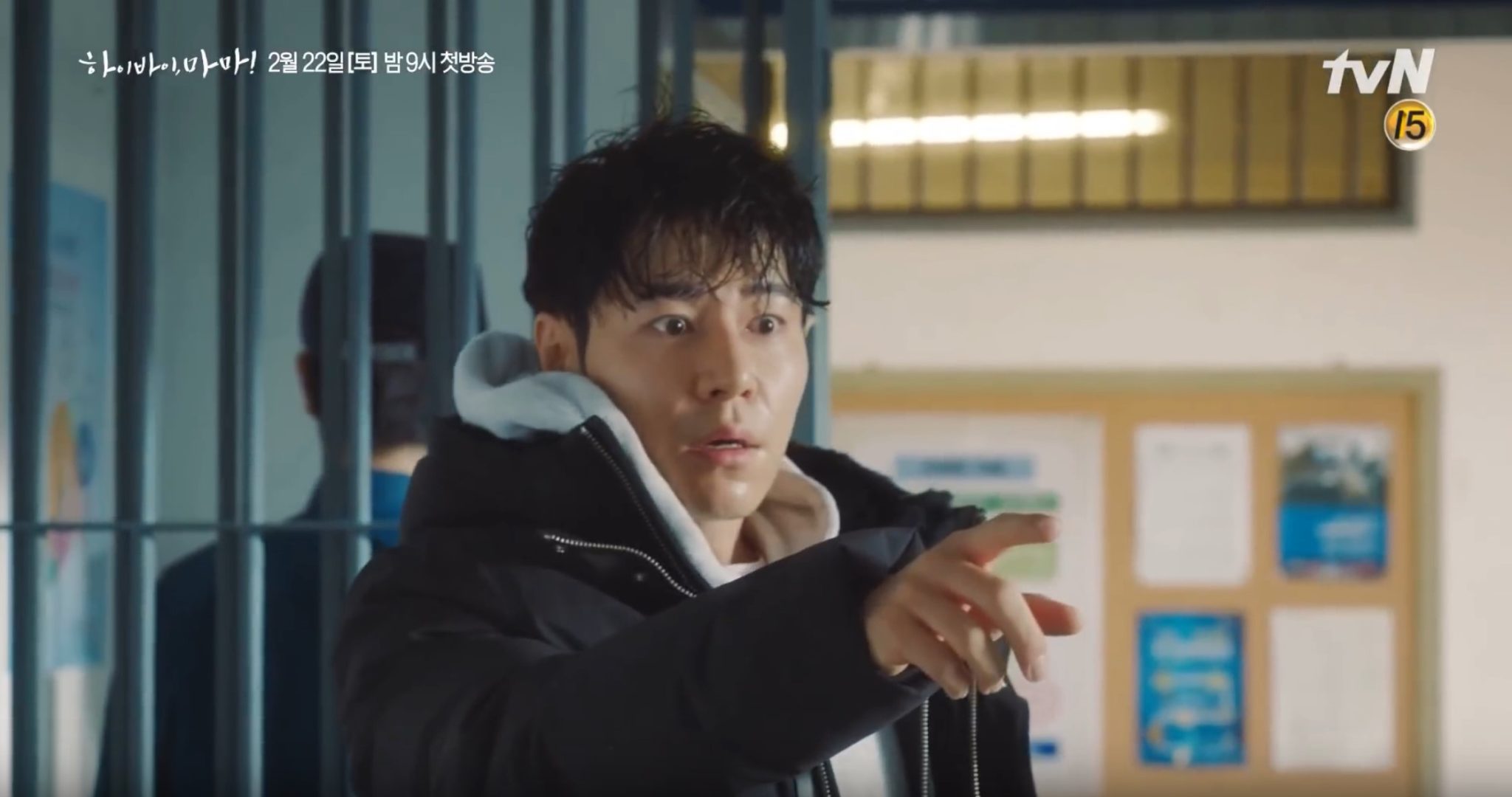 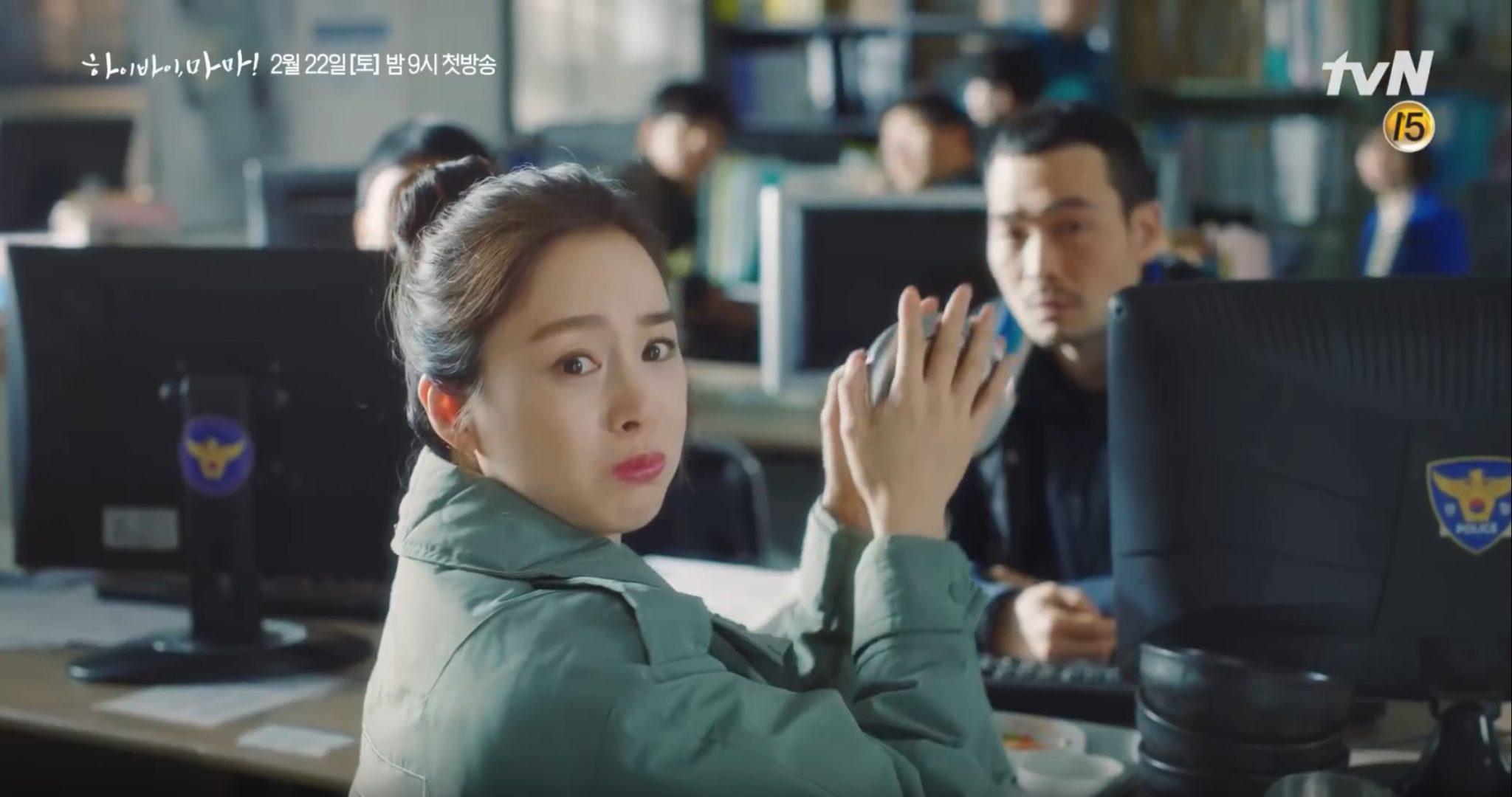 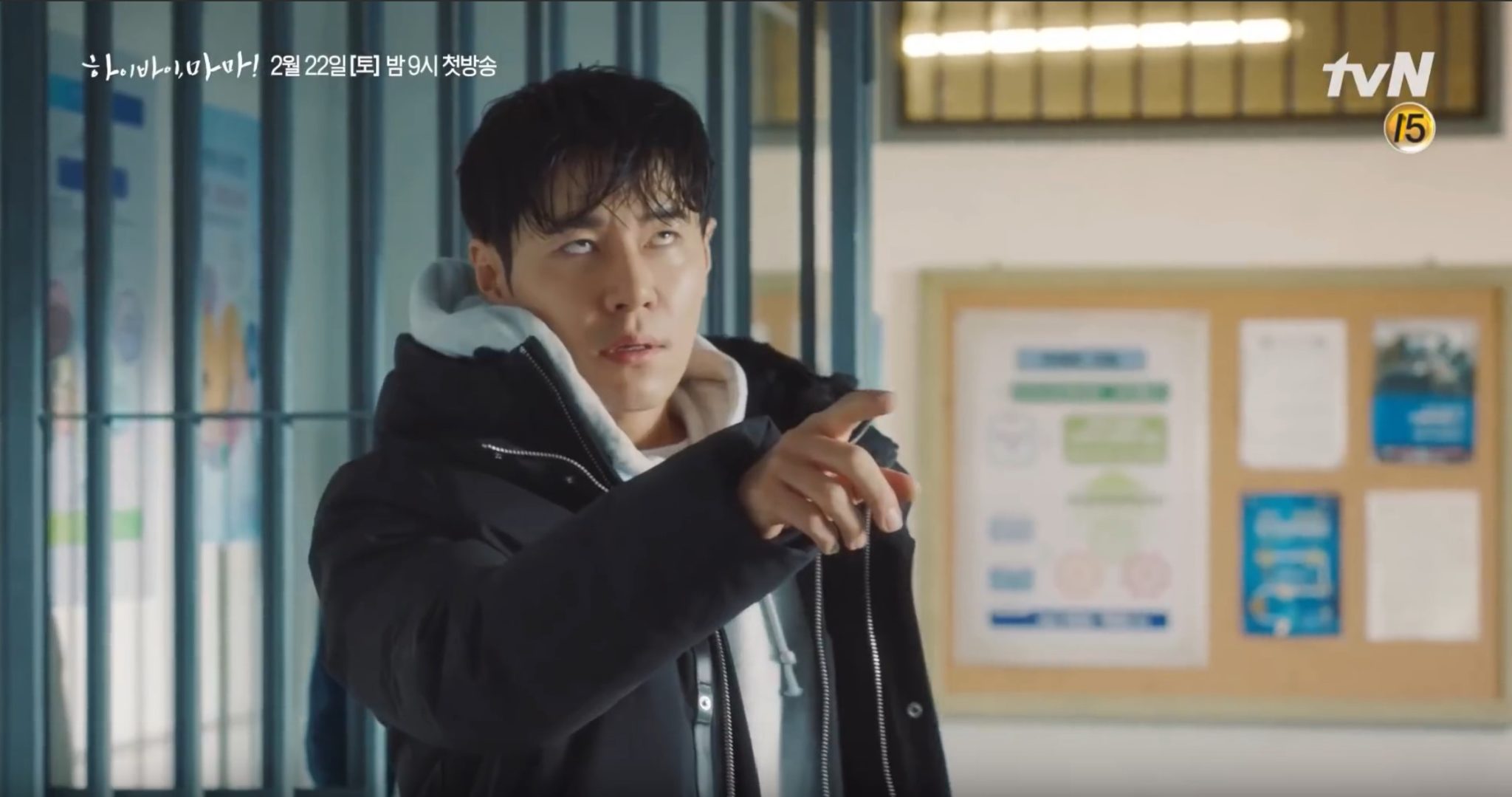 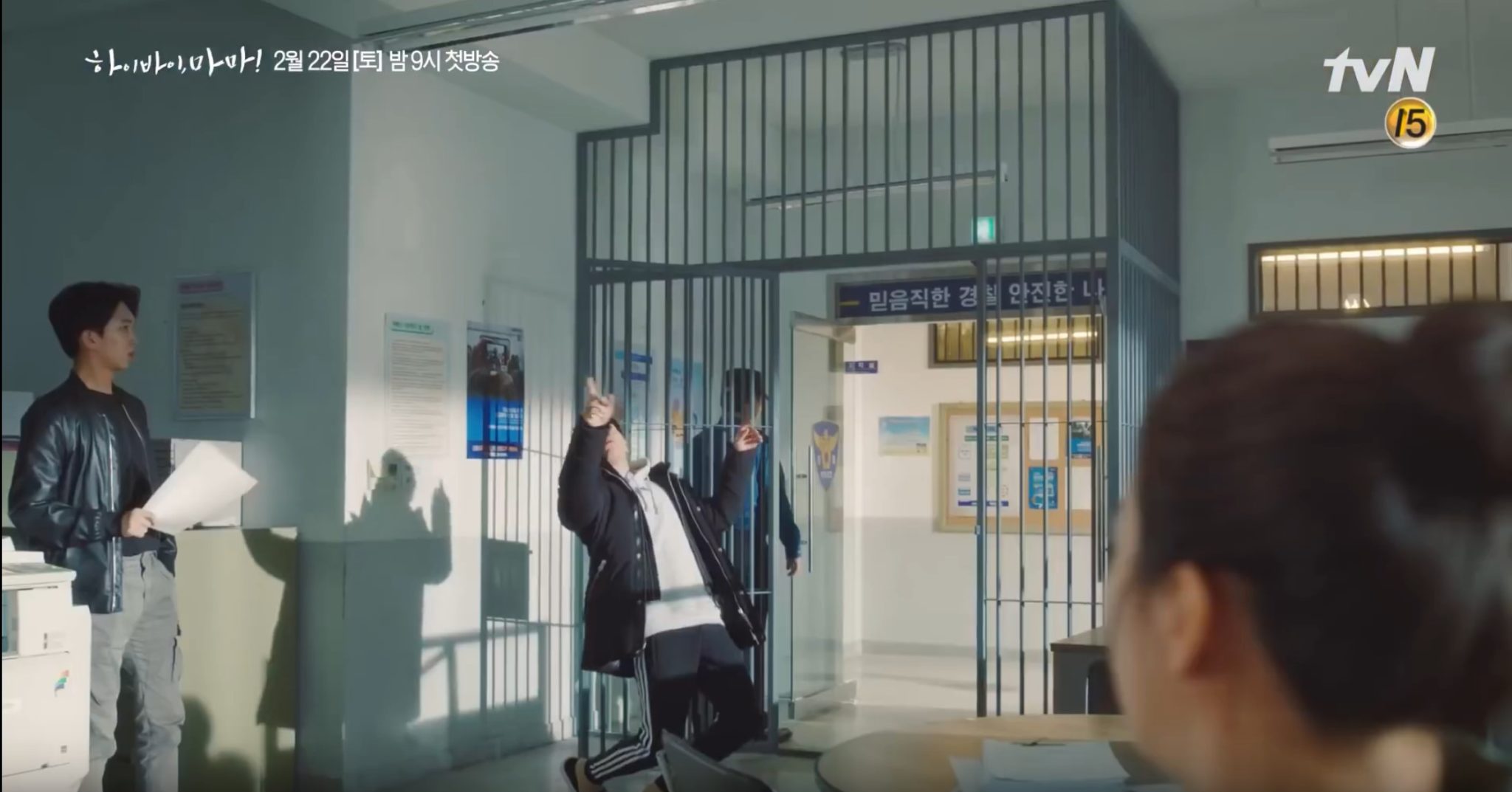 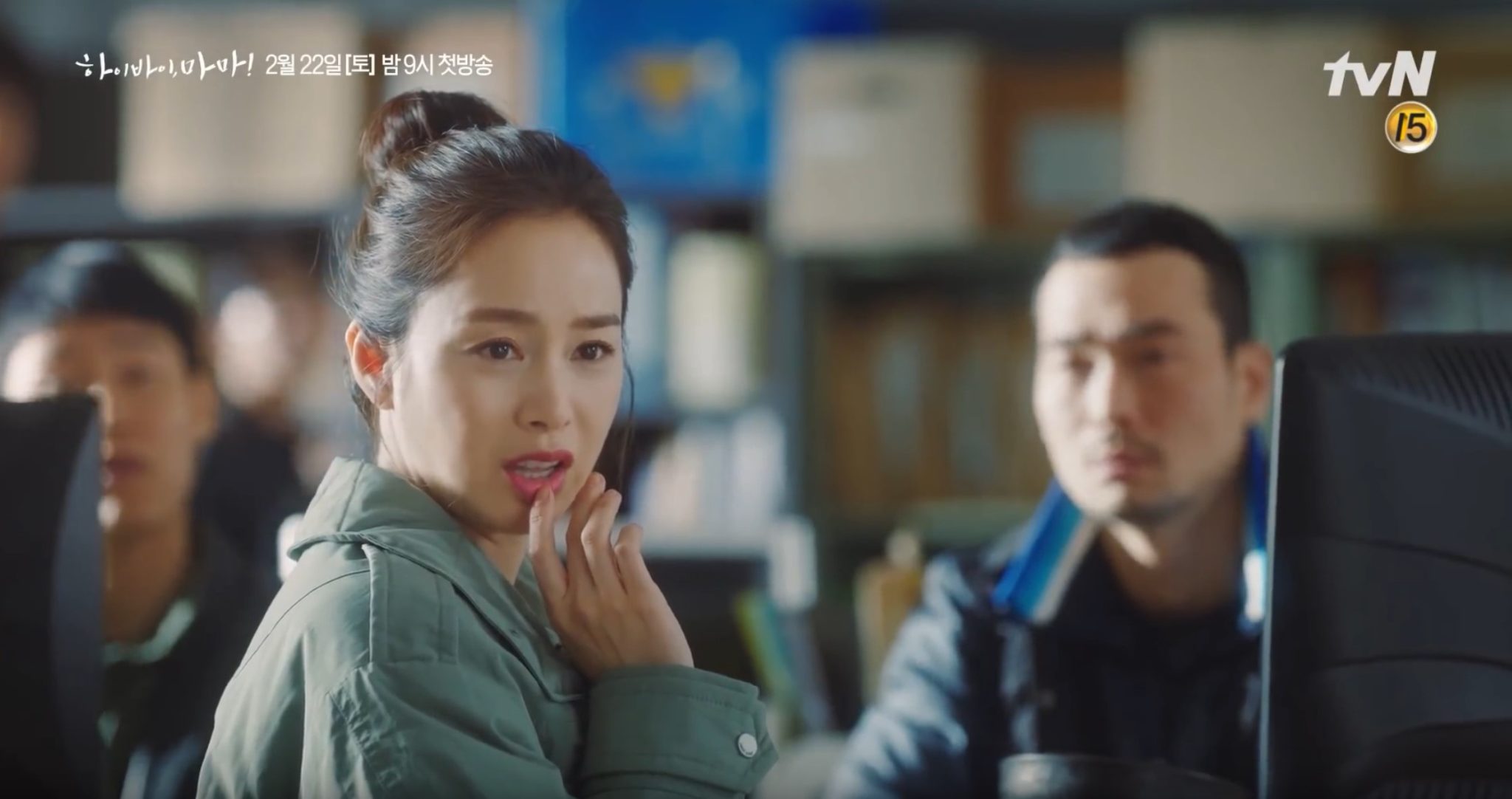 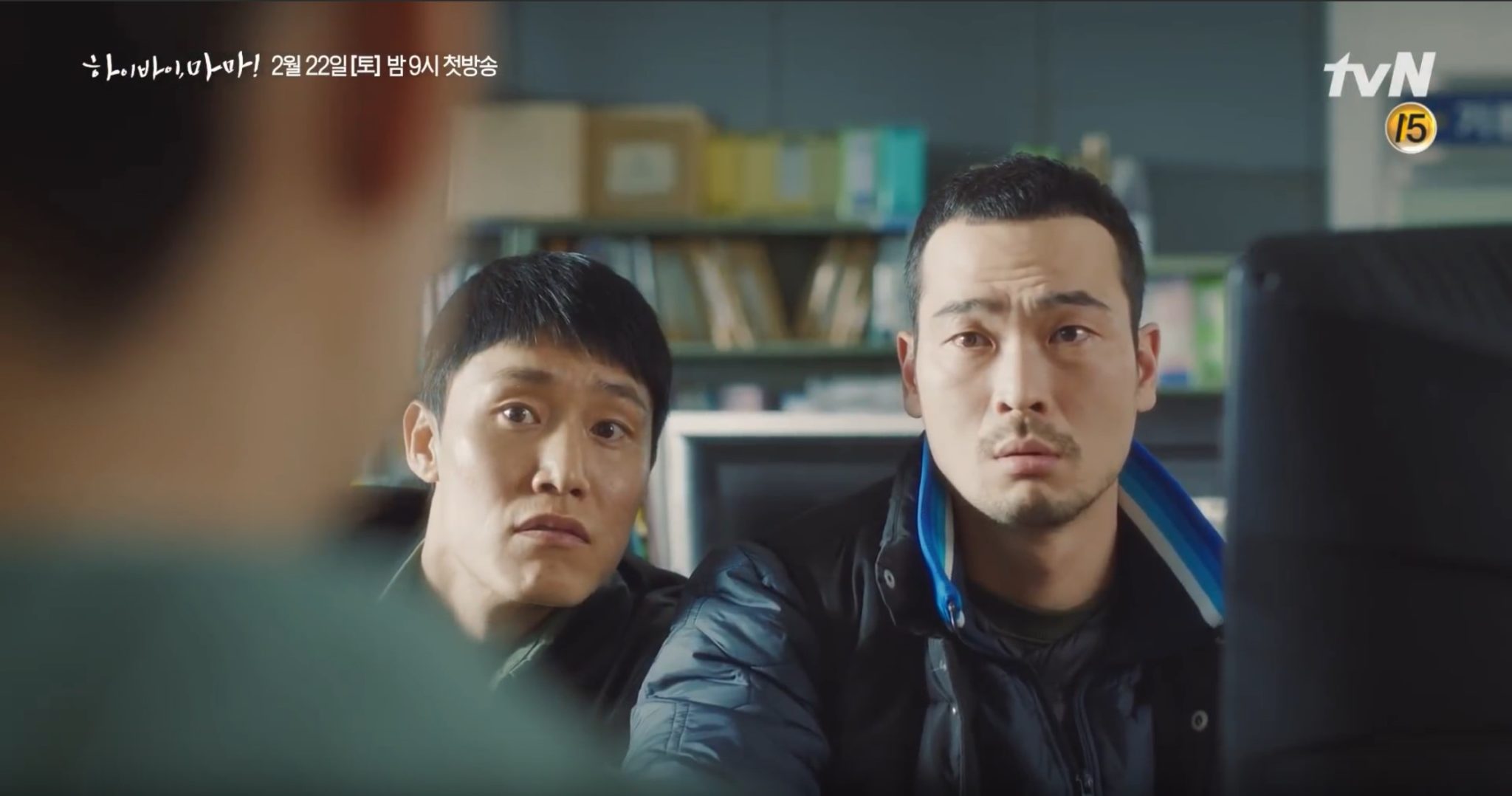 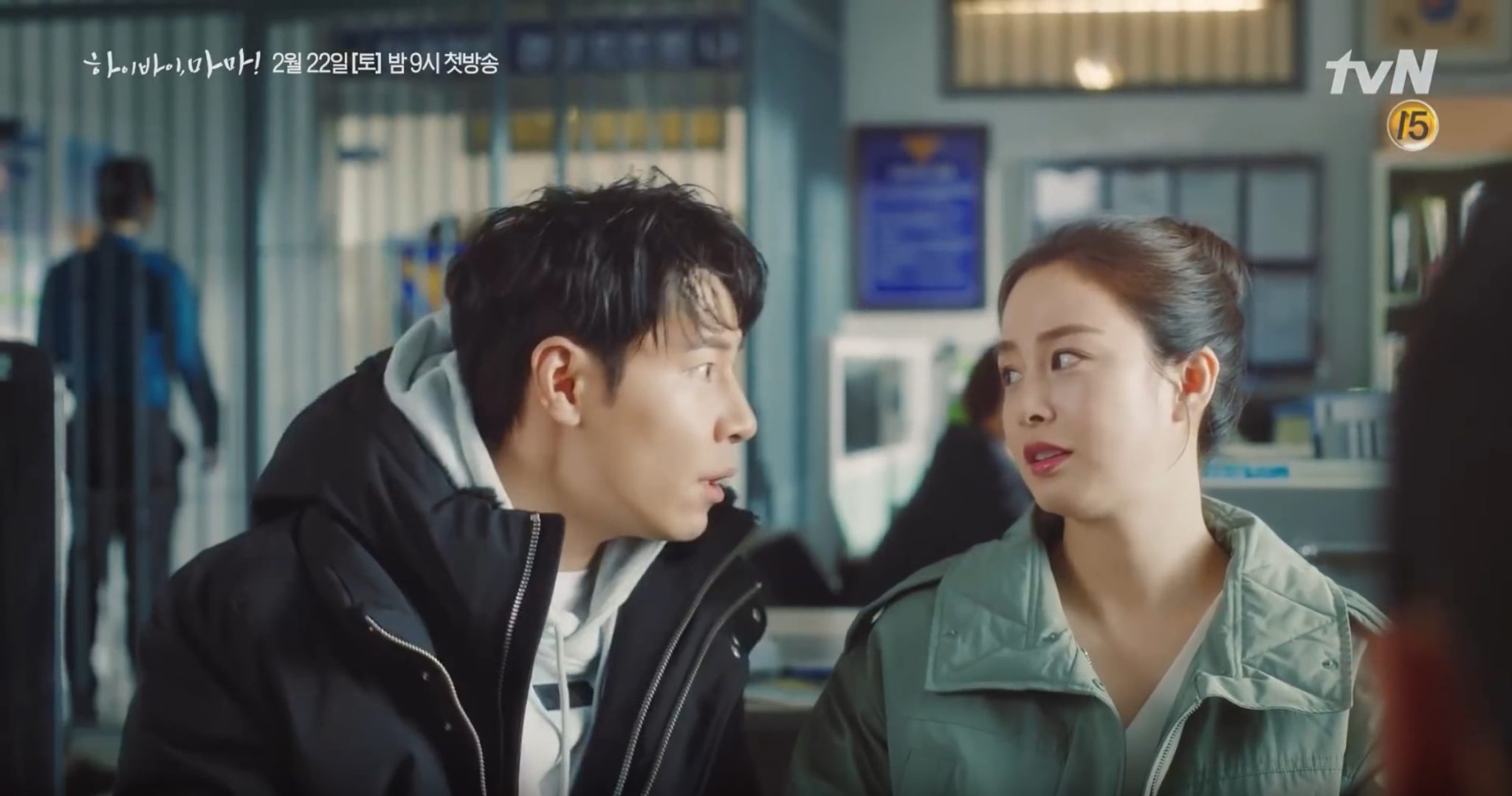 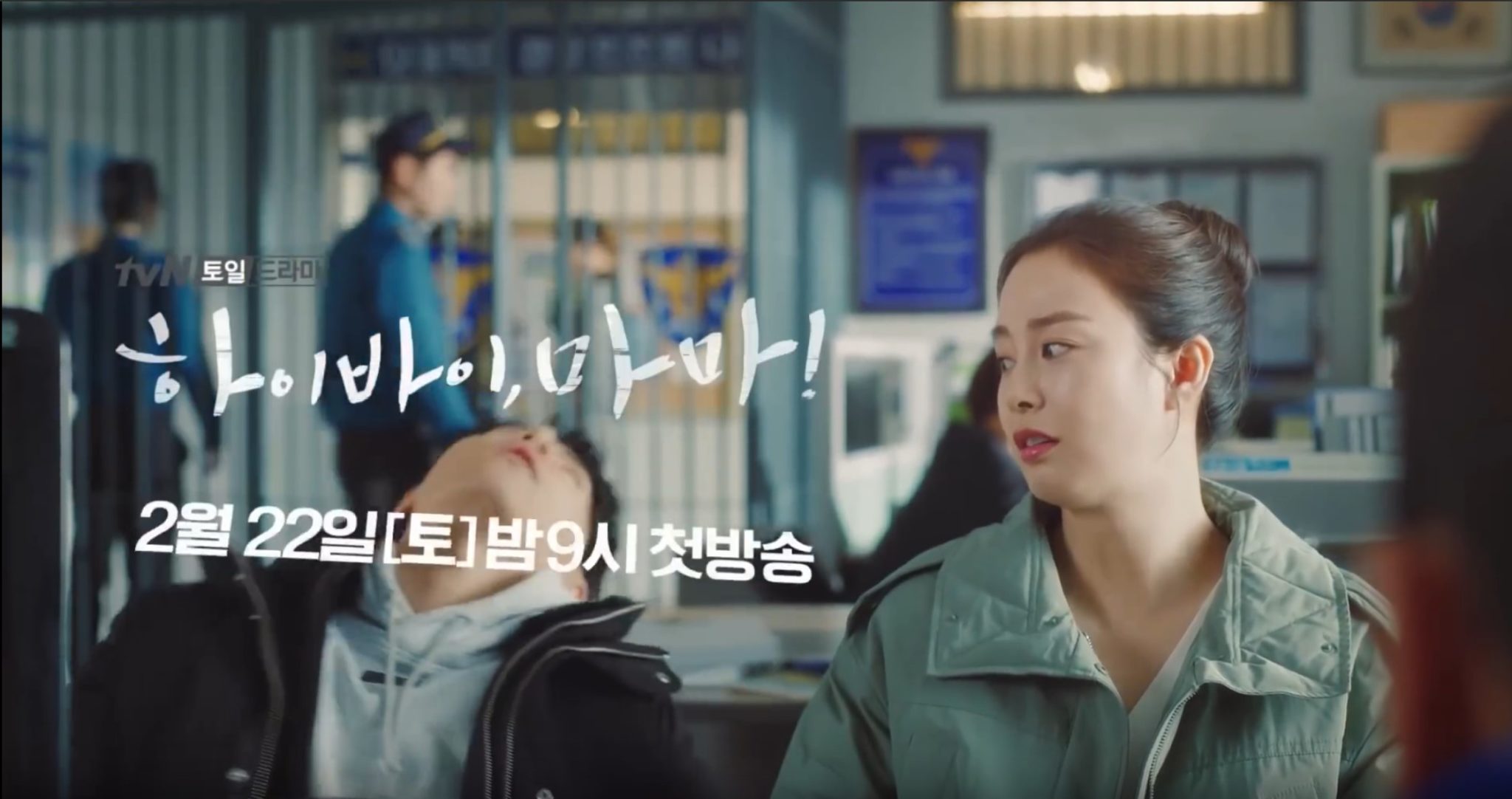 This looks fun. I thought she's coming back as ghost, but she's actually come back to life? But only for 49 days? Heavens sure got a weird sense of humor.

It'll be on Netflix right? Criessss. The writer is great, the director is hit or miss. He makes good thinga bad and bad things good.

Director - yes, hit or miss.
Netflix - at least this doesn't sound like the kind of show where they can tack on a season 2.

I love the writer too.. There's so much heart in Go Back Spouses. Finger cross this will also be that heartfelt.

Agree too on the director being hit and miss. Although Abyss fault to me was more on the poor writing, the directing surely didn't help.

Oh My Ghostess was a great drama indeed. Abyss I didn't watch. I just realized PBY was in both.

I just hope the end will be better then 49 Days, I never got over it...

This is the thing that scares me the most! Someone was describing the show's premise to me and I kept shaking my head, "No... noooo... this will end badly... but it looks so cute and the writer knows how to tug at heartstrings, how do I stay away?"

Hi Mary! Having fun on your new job?

New computer jobs can be horrid. Even if the job is nice, being new and the learning curve are not. That's why I'm still at the place I started at in 1980.

Just think of all the time and trouble I've saved by not keeping a resume up to date, not going on interviews, etc, etc.

This looks so fun and cute XD
But if I decide to watch this, I need to prepare my heart for the worst.

I might have to watch this just for LKH. I can see him killing this role (no pun intended).

ahh this looks so cute and fun but i know it'll end up breaking my heart in the end :(

Did the male lead by any means play the role of a bad guy in Forest of Secrets? He looks strangely familiar.

Awwww! This drama looks so sweet and fun! I'll be looking forward to it. Looks like it'll also be heartwrenching. I don't know if I'm ready, but I'm excited for it!