A young soldier joins a team that is responsible for tracking down military personnel that go A.W.O.L. during mandatory military service. As he and his teammate attempt to track down these soldiers and complete their missions, they learn the stories around the deserters.

A young soldier joins a team that is responsible for tracking down military personnel that go A.W.O.L. during mandatory military service. As he and his teammate attempt to track down these soldiers and complete their missions, they learn the stories around the deserters. 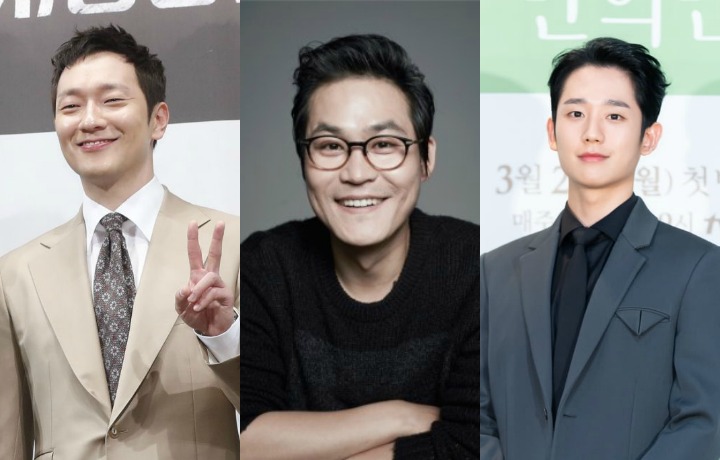 A new show is in the works for Netflix, called DP Dog’s Day, and casting offers have been made to actors Sohn Seok-gu (Be Melodramatic), Kim Sung-kyun (The Fiery Priest), as well as rookie actor Gu Kyo-hwan (Bando, Maggie). Earlier reports already have Jung Hae-in (A Piece of Your Mind) being courted for a role as well.

Adapted from a popular webtoon by the same title, the drama is set at an army base in South Korea and follows a DP (Director of Personnel) as he deals with the many problems surrounding army desertion. The writer, Kim Bo-tong, is said to have drawn from his personal experiences when he worked as a DP himself in the army.

Although a lot of desertions derive from soldiers wanting to take time off recreational reasons, the drama aims to grapple with the more troubling cases and asks tough questions like why some deserters felt they had no other choice but to go AWOL.

Directing for DP Dog’s Day will be helmed by PD Han Joon-hee (Hit and Run Squad, Coin Locker Girl) and filming is set to start this summer. 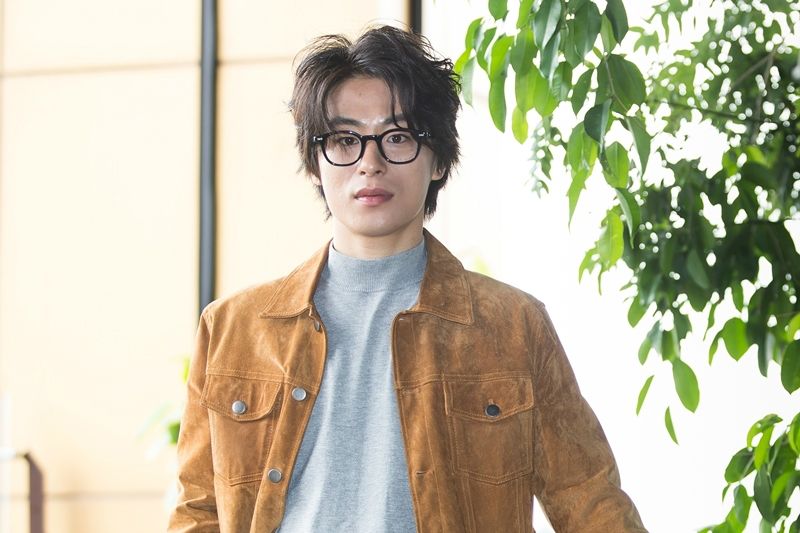 So happy to see Sohn Seok-gu's career on track <3.
He was love at first drama ("Mother").
Rock on!

He was so despicable in ‘Mother’ that I was sure the image would stick for a while but he shed it off so quickly and easily in his next project.

Riiight?
Also what an EXTRAORDINARY role/drama to kick off his career (was that actually his debut or JUST his debut in TV/film, can someone confirm?)
I thought I would hate him forever after that, but he's so versatile and has a crazy range, I'm sold on all his characters!!!

No one had ever made me sympathize with such a serial cheater. I watched Matrimonial chaos logically hoping Lee El’s character break up with him but actually wishing she’d forgive his puppy face. I wanted to hug him.
Then I saw him in Be Melodramatic and my God! Such a sexy nut job!!! His range!
I believe Mother was his Korean TV drama debut. But he’d starred with Donna Bae in Sense 8.

Yes the critically acclaimed "Mother" was his first K-drama. Great choice for a debut.

Kim Sung-kyun is equally awesome. They both do heavy and comedy well.

It was his debut in dramaland.
I discovered him in Sense8. A total blast.

Yes his character was but his acting was great :).
I watched quite a bit of the bts videos and he was pretty sweet. He always check on the little girl to make sure that she was ok after every scenes.

he is so dreamy

I'm in for Sohu Seou-gu, period. I first saw him in Designated Survivor 60 Days as the President's Chief of Staff and had my sight glued whenever he's on screen. Such a scene stealer and charismatic!

This sounds really interesting, and if this cast signed on, that would be really great!
I'm more than willing to watch JHI in anything other than a romance as of late!

Whatever Jung Hae in is (except rewatching Pretty noona) I am in! 😄😆😄

Jung Hae In is in so very excited. Looking forward to it.

Sohn Seok-gu and Jung Hae-in in the same drama? Where I sign?

Netflix drama? Ya, no thanks

There are multiple reasons, one being Netflix tend to make multi season drama, however I like Korean drama to end in one season. Also, I don't like the cliffhanger endings. If the series is genuinely good, viewers will watch it. No need for such gimmick.

and the dramas are not "pure" Korean vibes. they have too much Americanized things in them and American way of thinking. no likey. i want Korean dramas to be Korean all the way.

that removes a lot of creative agency but not really targeting the problem. also most of it is still very korean lol which is both a compliment and an insult

At this point, Jung Hae-in being in the drama is a tiny red flag - he tends to choose the same kind of character and the same kind of role in dramas with a kind of feel. Was really excited about seeing him on the screen when he started out but now I feel like I've watched him do the same thing since Pretty Noona, One Spring Night, Tune in for Love and now A Piece of Your Mind - with minor differences here and there. SO it's great to see that this has not been billed as a romance. I look forward to seeing a new side of an actor I think is being pigeonholed / is pigeonholing himself into the same type of roles; and has much more to show than he's been able to so far.

I think this one might be a different role for JHI? I hope so, anyway. However, A Piece of Your Mind has done such a good job of reminding me of how great an actor he is that I'm definitely going to check this out just for him, even if it's the same sort of thing he always does.

Yes, I think it would be different. I mean, this premise does not sound like he would play the "I'm in love with her but life is complicated and I complicate it even more" kind, does it?

Honestly, that's the best description of the type of character JHI opts for that I've seen yet

It's such a bad habit of mine to normally automatically think of actors or actresses that have done so many similar roles to be the ones who aren't that good at acting. I have seen JHI in two shows: Pretty Noona and Tune in for Love and I thought both characters were like the same person.

I actually liked JHI a lot in Prison Playbook, in which he had a different role from Pretty Noona, One Spring Night and A piece of Your Mind, I think it's good he'll play a different type of character :-) The topic of the drama seems really interesting as well. Military service and army duty are something really specific to South Korea and talking about desertion in a drama could be very interesting !

I said in the fan wall I would watch ANYTHING SSK is in, and I intend to stick to it.
I've been a fan since the first episode I saw him in Sense8. I had never seen a drama in my life, I already adored Bae Doona's character, and the first scene he showed I was like: STOP, who is this guy???

Ugh I know. I wanted so much more detective Mun (I still do!) that it hurt.

ive only seen the video of their call and i never finished the drama about marriage he and bae doo na were in but they have chemistry and omg i dont even know hes just........theres something about hiM!!!!

I loved Matrimonial Chaos, go and finish it if you can, because it's worth it.
And yes, it's exactly what you say: there's something about HIM!!!

is it because military rule and imperial forces are horrible?