Shin Sung-rok, Lee Se-young, and Ahn Bo-hyun get into character for MBC’s Kairos 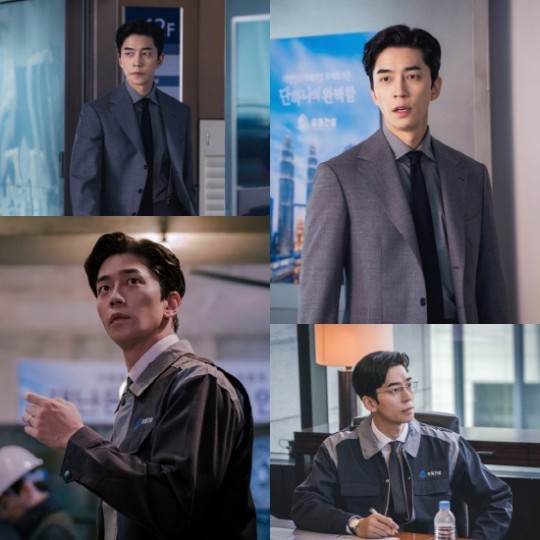 Shin Sung-rok stars in the drama as Kim Seo-jin, a man who was enjoying success in his career and living a happy life until the day his young daughter is kidnapped and his life falls apart. Desperate to save her, he somehow teams up with Lee Se-young who plays the role of Han Ae-ri.

Lee has been spending most of her young adult life working to make money and pay for her mother’s hospital bills. But things take a turn for the worse when her mother suddenly disappears. Together, the two embark on a journey that takes them across time and space in order to save and protect the people they love.

Ahn Bo-hyun takes on the character Seo Do-kyun, who is Shin’s right hand man at work. He looks up to Shin like a mentor and is the first to discover something wrong in Shin’s most recent project. But rather than putting out the fire, Ahn starts to fan the flames and the story takes an unexpected turn.

Written by Lee Soo-hyun and directed by PD Park Seung-woo, Kairos is currently set to premiere on October 26 and will be airing Mondays and Tuesdays on MBC. 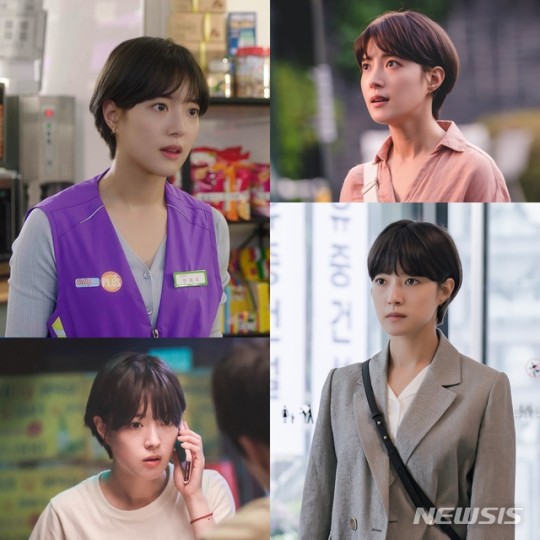 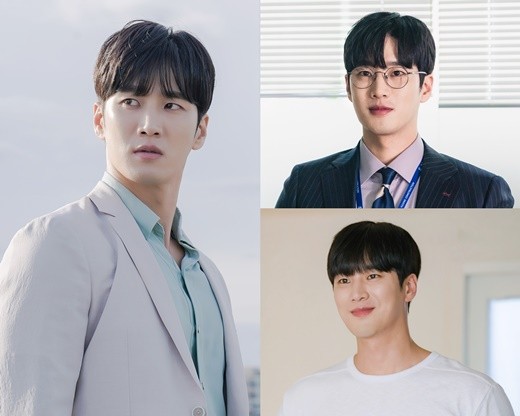 Via My Daily, Newsis, Xports News

I am not generally a fan of Shin Sung-Rok and the dramas I have watched that have him in the cast typically show him playing either a Bond-villain wannabe or an Uday-like chaebol's son, so it is interesting to see him cast as not only the hero but more of an everyman character as well.

I diagnose you with Trot Lovers and Three Dads One Mum for his dorkiness, you're welcome

I watch three dads and one mom and I started to really like him as an actor there....

I have seen Three Dads one Mum and he was my most favourite candidate for Dad!

I watched him as Lee Hyuk in TLE, and my heart did an almighty flip 😍😍😍😍. He is DIVINE.

I love SSR.. he is always a funny villian.. LOL.. he was HILARIOUS in the LAST EMPRESS... HAHAHA.. I still use that gif .. .ROFL

@katakwasabi We can see the forehead!!!

Katttttt, I was just going to tag you, but of course, you are already here.

I'm hoping we get to see some fluffy cute scenes from SSR in this drama. I'm so intrigued to see how they will solve the time travel problem, fingers crossed we don't find out the daughter is the FL's mother in another timeline like Doctor who!

I hope the timetravel makes sense. Based on the synopsis, they are 1 month apart and will communicate via a daily 1minute phonecall🤔😆.

He's a dad! He will hold a child! This is important news for me

I can hold him holding his child. I don't mind. Anything to help.

I am so excited for you, too, Kat! And for me! Of course it will be good. Because R H is in it.

Really hope this will be a good story...If not gonna stick enjoying Shin Sung-rok handsome looks along Ahn Bo-hyun and Yoonie...

At least, let me tell you, this show seems to be intriguing. Is it a thriller? Does it have romance?
Shin Sung rok is great in any character you give him, so... for him, maybe I can try to watch....

He could act as a potato farmer and plant potatoes through 16 episodes, and I would still watch him.

Right? :-D But I have actually watched Three Dads one Mum thrice! :-D (For him)

Shin Sung Rok looks damn good in these pictures! I am tempted to watch it! If nothing just to stare at him!

> If nothing just to stare at him!

He can definitely play any role! Excted for this!

My versatile king B)

oooo I like the time travel stuff. i can never have enough. i hope it gets treated intelligently.