Kim Young-kwang to star opposite Choi Kang-hee in Hello? It’s Me! 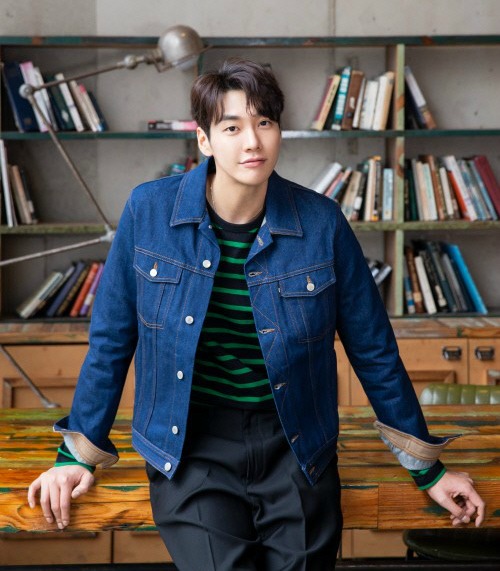 KBS’s new fantasy rom-com Hello? It’s Me! has confirmed casting for Kim Young-kwang (The Secret Life of my Secretary), who joins Choi Kang-hee (Good Casting) in the main cast.

The drama stars Choi Kang-hee as a character in her mid-thirties who feels like her life is at a middling point in both romance and life goals. She finds reassurance and encouragement from an unexpected source, though, when her 17-year-old self suddenly visits her. Through her younger self, she is reminded of the passion she once had for her dreams and is pushed to continue challenging herself and grow.

Kim Young-kwang takes on the role of Han Yoo-hyun. Born into a chaebol family, he once thought he had it all: money, looks, brains, and even good taste. But his carefree lifestyle is suddenly taken away when his father demands re-payment for raising and taking care of Kim for the past 30 years. Saddled with debt, Kim is forced to become independent and learn what it means to be an adult.

Written by Yoo Song-yi and directed by PD Lee Hyun-seok, KBS’ upcoming drama Hello? It’s Me! is currently being planned to air next year, in 2021.

It's weird how, I was just thinking about him the other day and wondering if he has a new drama lol.
So female lead is learning how to live passionately like a child and male lead is learning how to be responsible like an adult...this could be an interesting team-up.
Though I wonder how you pay off a parent for raising you, do you keep all the receipts from trips and restaurants?

I didn't care much for his acting in the past but after The Secret Life Of My Secretary, I don't mind him taking another lead role. And since it's going to be a rom com I'm definitely giving this drama a chance.

Have you see Lookout?

No, should I? Is that drama going to plead his case for being an actor worthy of lead roles or do the opposite?

Loved him in Lookout. Definitely recommend it.

Yes. Absolutely. He is bloody fantastic in Lookout.

Just another fan of KYK telling you watch LOOKOUT! Put everything else on hold. Go. Now.

i second for Lookout... and also D day (dont binge it.. its heavy drama)

D-Day may be such heartbreaking but it is one damn underappreciated series.

i agree... D- Day was so underappreciated.. i loved it beyond words and cried badly watching it. and it certainly teaches us to appreciate the life as it is...

After so many people vouching for Lookout, I've been persuaded to give it a try.

I also liked him in D-Day. He was quite intense there.

I had such a terrible experience watching Good Casting... specially with Choi Kang Hee acting. Can anyone recommend me a drama in which she's doing nice because whenever I hear her name I can only see her terrible acting, and I know it's not fair.
Thanks.

it is comedy and she pulls it off..

actually shouldn't call it a comedy but mrs. marple ish

Dramas she's good in: Mystery Queen and Heart to Heart. I also loved her in Protect the Boss (chock full of funny, endearing characters in that drama too, but probably too lighthearted)

PROTECT THE BOSS is a classic- and she was great there.

Seriously the drama was bad enough but Choi Kang-hee made it worse. Her entire acting repertoire seemed to consist of opening her eyes really wide, unblinkingly, to denote happiness/ anger/ annoyance/ everything...

I hope this fantasy rom-com will not be the worst show with enough good ratings as my only expectation.

LOL. I find it super funny with how much you disliked Good Casting. I should've known after those tonally awful first 2 episodes. :D

I remember those recaps, trying to find the good b/c I was into Lee Sang Yeob at the time, and three spy women leading the show. Only to realize that his role was nothing important/meh & the weird wrap-up on Yoo In Young's character w/ annoying/violent idol character.

Three more times someone mentions Good Casting, and we might get S2 on our hands lmao. :O

I really dislike it that much, don’t I? 😂😂😂😂
In fact I felt outraged because I wanted the show to be something it wasn’t. I tried so hard to watch, and I was annoyed at every single scen 😂😂😂
I felt like a school girl with a rant about how much I disliked it.

I'm not a fan of Choi Kang-hee either. but I trust the Beanies' opinions, so I'm sure she'll be good in a rom-com. Fingers crossed.

Does anyone know anything about the writer?
Never seen Kang Hee in anything and although his character doesn't interest me on paper, I do love Kim Young Kwang.

I do love me some Kim Young kwang! Especially in The Guardians.

Judging from Choi Kang-hee's acting in Good Casting, I don't think she can pull off this role....
Especially after Lee Do-hyun raised the bar of being a high schooler again so high.

I get it that both of these actors can play quirky parts, but I just can't envision them as a couple in a rom-com. Their relationship hasn't been spelled out, so maybe they're not supposed to end up together. But if they do, even though I like them both, I don't think I could watch. Choi Kang-hee will always be an ahjumma for me after Mystery Queen, and I just can't see Kim Young-kwang falling in love with an ahjumma. Please no.

LOL.
they may work as mentor-mentee?... as a couple?...hmmmm

I still kept both of them because I loved the way how good enough acting made me felt like another good try at their sake. Let's see if I might be consider Kim and Choi as my best choice and I promised I never both turned down and I wished and hoped for them a good luck.

Wait. We can ask our kids to repay the cost of raising them? Hmmm....

I like the cast, and have enjoyed both of them in various dramas (Good Casting was terrible, don't watch it), so I'll maybe give this a try.

I should rewatch Lookout.

I should also rewatch Lookout.

my favs... i am in... premises looks interesting. and Choi Kang Hee with her spunk will make this role more fun.
looking forward to thi

I was wondering when Kim Young-Kwan would be back. Yay!

KYK was so good in Secret Life! I am happy he is back even though I am not that thrilled with the leading lady.

Loved Choi Kang-hee in Heart to Heart, and ever since all his angst in Lookout, always feel it's a treat to have Kim Young-kwang in a romcom, so will check this out due to both the genre and the cast. Won't be surprised if she plays her own 17-y-o-self, Choi Kang-hee has such a baby face!
Also, what in the world Kim Young-kwang's character did to trigger that kind of reaction from his dad, LOL.

Count me in! Loved him as a chaebol in Love Rains who lost out on love. I’ll definitely see him get the girl this time around! 😂