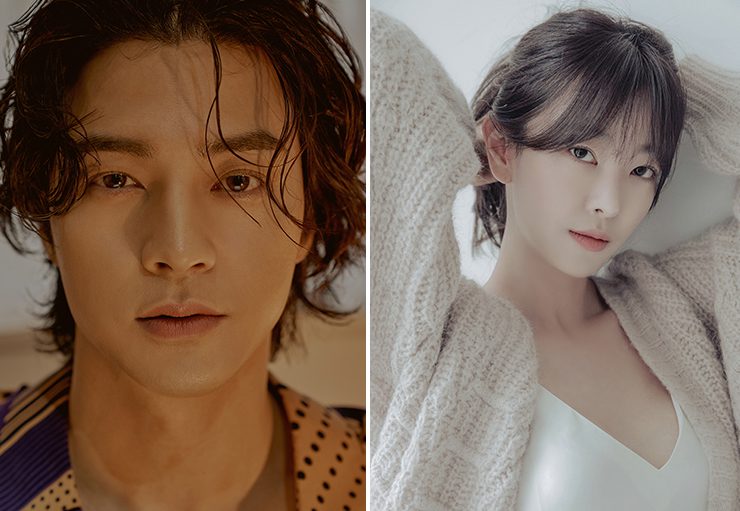 Netflix’s new rom-com Love War is in the works, and casting has been confirmed for actors Kim Ji-hoon (Flower of Evil) and Go Won-hee (Revolutionary Sisters). They will be joining Kim Ok-bin (Dark Hole) and Yoo Teo (The School Nurse Files) in the main cast.

In a classic enemies-to-lovers romance, the story pits the two leads against each other in a battle of love: the competitive Kim Ok-bin who hates losing to men, and the paranoid Yoo Teo who gets suspicious of all women.

In the second lead roles, Kim Ji-hoon plays a talent agency CEO. He had once wanted to become an actor, but had to give up due to lack of talent. He finds success, though, by going into talent management instead, and now his dream is to groom the stars under his company to become Korea’s best actors.

Go Won-hee plays Kim Ok-bin’s best friend and housemate. In contrast to her friend, Go is a true romantic. She likes getting swept off her feet, and isn’t afraid to wear her heart on her sleeve. When she meets Kim Ji-hoon, she falls in love at first sight and starts to pursue him without hesitation.

Netflix drama Love War will be written by Choi Soo-young (My ID Is Gangnam Beauty, Old Miss Diary) and directed by Kim Jung-kwon (Lies of Lies, Are You in Love). 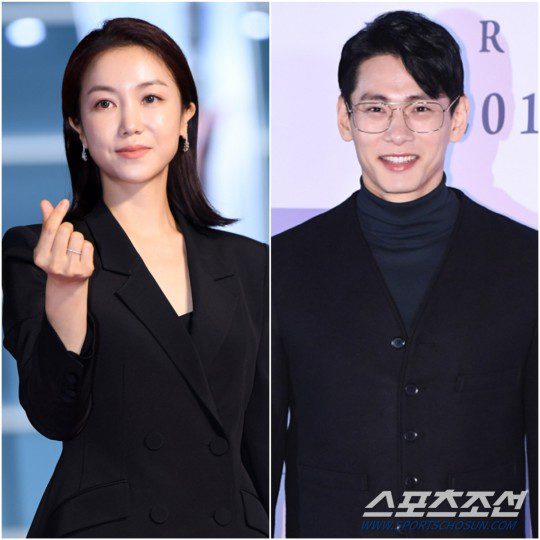 Oh gosh! That picture of KOB looks exactly like the character she's going to play.
"Here. Take it. Is this what you wanted?" That's what I hear. 😂

These two pairings sound like matches made in heaven - and giving off a Run On vibe.

uhhhhhh he is hot as hell wtf

If you click on the ‘related post’ link to FLOWER OF EVIL you will find a discussion on whether that Kim Ji-hoon image above was an actual pic of him Finally @tccolb made an intervention to say that yes that is KJH. I had proposed that it was a pic of Lee Joon-gi lol.
Last year, based on @wishfultok’s recommendation I watched KJH’sFLOWER BOY NEXT DOOR (2013) for a Yoon Shi-yoon pick me up. KJH was delightful. He will be fine in this rom-com.

Honestly, both of the pairings sound amazing. I’m totally watching this just for that.

I love them all.

Go Won-hee has had quite the ride since premiering as a virtual unknown in Go Go Waikiki in 2018.

She had a small role in CRUEL PALACE (2012), but she stood out. It's good to see her thriving.

The real question about Kim Ji-hoon's casting is this: Will he have his long hair? Because KJH in long hair is .... *soundless amorous gesticulations*

I first saw Kim Ji-hoon in the KBS drama special Funny Woman (youtube) where he was attractive and funny in a square sort of way. What a pleasant surprise to see all his smolder in Flower of Evil.

Kim Ji-hoon, is the first model/actor that I've been fangirling over mainly for his looks, except he was in JOSEON X-FILES.
He is pretty charming, and he is hot as hell in a suit so bring on the pretty. 😍😂

Joseon X-Files is on my watch list, but I'm not sure where it's available.

I remember watching it live @viki when JB was recapping it, but I can't seem to find it there.
Back then, they didn't need to purchase the rights to sub it, so I guess they didn't keep it since it wasn't that popular.

You can find it but not on legal sites.

here we go, all thriller actor in one romcom, lol

I like the writers, so it will gonna be fun, hehe

Me: Both theoe couples sound great! When does this air? (looks it up)

Also me: 2022??!? That's AGES yet. Don't tease me with stories about interesting dramas and then make me wait...