Tale of a Good Witch to be told by Lee Da-hae, Ryu Soo-young 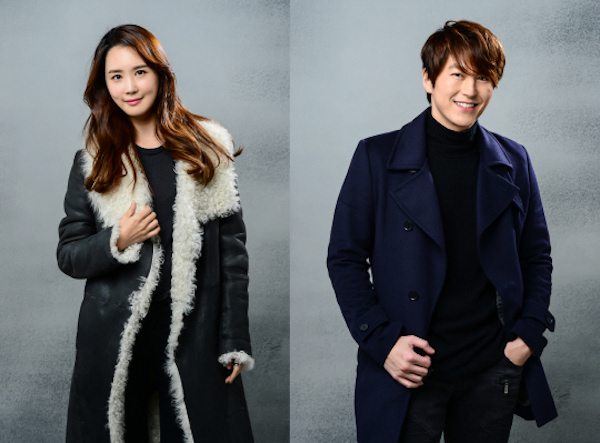 The casting lineup for upcoming weekend drama Tale of a Good Witch is now complete: Lee Da-hae (Hotel King) and Ryu Soo-young (Father Is Strange) will play the main couple, and Ahn Woo-yeon (Age of Youth 2), Bae Soo-bin (My Heart Twinkle Twinkle), and Yoon Se-ah (Just Between Lovers, My Sassy Girl) have signed on as the supporting cast.

Tale of a Good Witch begins with a kind housewife who starts living a double life due to unavoidable circumstances. Her second identity is her twin sister, a stewardess who is known as “Cutting Witch” for her cold, nasty personality. Ryu Soo-young plays an intelligent and well-traveled pilot who lives a YOLO lifestyle, avoiding the possibility of a sad marriage. His life is upended when he meets Lee Da-hae’s character, and he begins to question his stance on marriage.

Despite his growing affection for Lee Da-hae, of course this love line will be complicated by the existence of her husband, played by Bae Soo-bin. He’s an unemployed bum with the gift of gab, who is excessively emotional and more invested in updating his social media than seeking employment.

The airline that Ryu Soo-young works for is Hangong, a family-run conglomerate. The director of Hangong will be played by Yoon Se-ah, the hotheaded eldest daughter of the CEO. Her brother (Hangong’s CEO’s youngest son) is a mischievous troublemaker, who will be played by Ahn Woo-yeon.

Double identities, chaebols, and no-good husbands—sounds like an awesome makjang already! Now that casting is finished, filming will begin soon for SBS weekender Tale of a Good Witch. It will premiere at the beginning of next March, following the end of currently airing Bravo My Life. 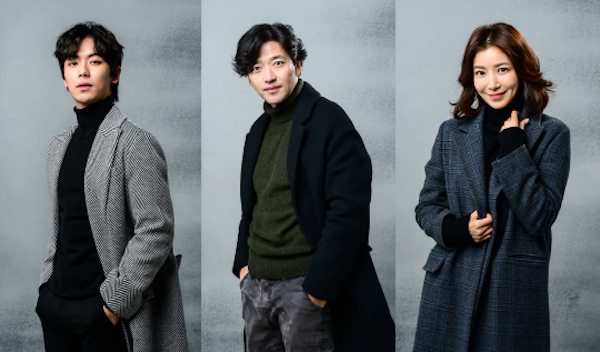 Can't believe I'm saying this but :
It sounds interesting.. The idea is good, hoping for the execution 😀😀

It's good to see Lee Da-hae back! That goes for Bae Soo-bin too. There wasn't enough of him in "Warriors of the Dawn."

BSB is one of the best villains, I’ve always seen him classy, it’s interesting to see him as a jobless bum.

I love the plot already.

LDH looks like a different person. I hope she still can emote. Good luck with the drama.

Interesting implied definition of the term witch (which may have a different connotation in different cultures, perhaps.

Anyway, hope the practicing Wiccans don't get too riled up!

But I wonder if we'll ever get a drama titled "My Sexist Pig Boyfriend" just to sort of balance the scales.

The director of Hangong will be played by Yoon Se-ah, the hotheaded eldest daughter of the CEO.

Can we expect a “nut rage” incident?

So, there will be twins (Lee DaHae) or one person and two personalities? if the latter... how will she manage both jobs? cause she'll have to have an excuse for her stewardess' time... can't imagine right now, but it does seem interesting (the plot)

They are twins so two different persons.

Thanks! it might seem a stupid question, but didn't understand properly. :)

Whatever. I'm just happy that the "witches" in Black Knight are ACTUAL WITCHES.

I just don't understand why there hasn't been a K-Drama version of Bewitched yet. Seriously think about your typical Chaebol StepMother (like the Chaebol mom in My Golden Life) but now she's an actual witch and can turn you into a frog?

Loving Black Knight too!!! no recaps???

Love Bae Soo Bin!! Tho he always played villains lately but his charisma always shines thru..
And Lee Da Hae!! Gosh, i miss her in dramas..
Looking forward to this..

At least in this picture Ryu Soo-young has lost the ajumma-style perm that he had for the whole "Father Is Strange" 52 episodes (except for the marriage, where he had a nice hair, but then came back to the perm). Doesn't he understand that, especially at his age, it looks completely ridiculous?
(I generally am not a fan of perm in Korean men, but if it's Lee Jeong Suk in "Doctor Stranger" I'm willing to make an exception)

Lol it's always the no-good husband that will justify the cheating/support of the main couple. I always find this sort of storyline iffy.

My exact thought I cant support cheating. No matter what. Sorry

recap for this drama pls...