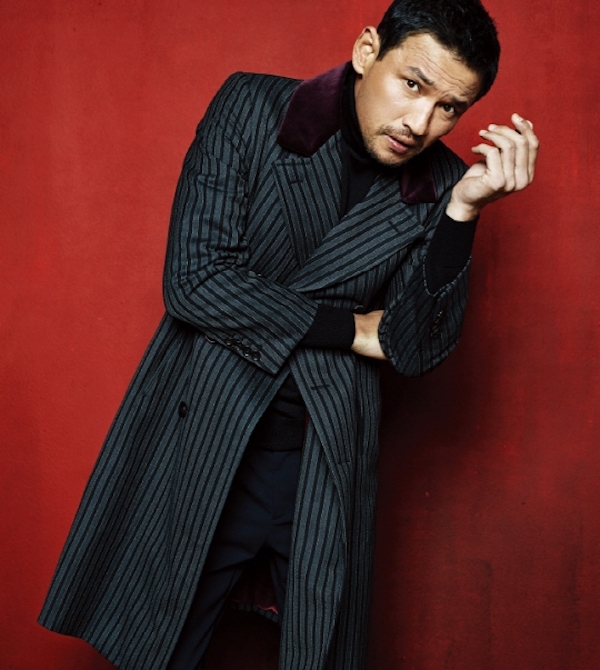 After nearly eight years, award-winning actor Hwang Jung-min (The Spy Gone North) is coming back to the small screen through a drama called Hush. Set against the backdrop of a newspaper company, it’s a workplace drama that will tell the story of reporters, their ambitions, and their ethical dilemmas.

Hwang Jung-min has been cast as the main lead, Han Joon-hyuk, a veteran reporter who began his career to fight for a just society. He’s worked in different departments to further that end. Now he has a wife and kids, and must balance his idealism with reality.

Although his last drama, Hanbando, was not well-received, I expect that whatever Hwang Jung-min does will contain stellar acting. I just hope that the writing and directing will be able to keep up. During his dramaland absence, Hwang Jung-min has been prolific with his film output and he’s carved out a thriving career in the theater world as well, both acting in plays and directing musicals like Assassin and Okepi.

Upcoming JTBC drama Hush is currently casting the rest of its lineup, and is set to air sometime in the latter half of this year.

This is a real treat!

I wasn't sure I'd see him in dramaland since he is one of the most sought after actors in Chungmuro.
It's good to see him go back and forth between the theater, dramas and films.

I guess Key East have the money to pay him.

Try to watch Accidental Couple or That fool love i'm pretty sure you'll gonna like him in that drama. Yeah he only do Movies but that drama of him is recommended. It was funny and you can feel the emotions he can act really well.

I did, thank you :).
I'm not sure if it was "AC" or "Waikiki Brothers" that I watch first but that was the beginning of me fan-girling over Hwang Jung-min.

I discovered him in That Fool, he was cute as postman :D

One of my fave drama. He acted so well in that drama. That's his first drama that I saw and he was charismatic there eventhough he is not that handsome like other actos. The scripts are good and he had chemistry with Kim Ah joong. It;s funny and in the other side you can learn something from it. Recommended Drama

he looks like tom hardy in that pic hahahah

You had me at Tom Hardy

His drama with Kim Ah Joong Accidental Couple is a good drama. First time I saw him in a drama and I like it. Drama is funny and they had a good chemistry too maybe he don't do dramas as he thinks that he is not that handsome enough to play the leads but if there's a good script it will work as he act well.

Accidental Couple has been on my list forever because I love Kim Ah Joong. His character seems sweet and charismatic. Will watch for my next need-a-romance-to-binge!

ooh I've never heard of this drama before, definitely adding this to my to-watch list, thanks!

Hwang Jung Min is charismatic as a postman in that drama. Joo Sang Wook as the second lead that time.

It was a heartwarming rom-com. Hwang Jung Min can make you laugh and cry in that drama watch it and i'll tell you it was worth watching. Even my husband like it. As a long time fan of korean drama I never looked if the leads are handsome or popular as long as it made me interested on its first episode or even just 10 minutes I watch it as long as the script and acting are good even if the actors are new or never heard of :D

Lovely and exciting, thank you for this @ JTBC

Oh what a coincidence!
I was literally reading about him for his upcoming movie!

I don't believe I've seen him in a drama yet, and since there are no such things as coincidences in dramaland, I guess I'm meant to watch this show!

Watch his drama Accidental Couple/That Fools love with KIm Ah Joong it is a heartwarming rom com. I think that's the only drama I watched him as he mostly do movies. It's worth watching, try it. I even had thee DVD of that drama. One of the classic drama that I recommend.

Oh thanks for the recommendation! I will check it out

This sounds similar to the Moby Dick movie. Anyone else see it and wish that there was a sequel?