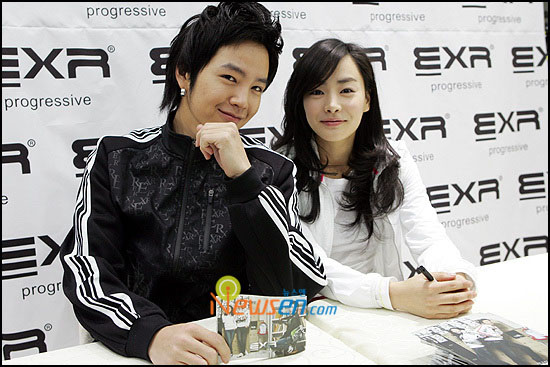 Hong Gil Dong actors Jang Geun Seok (stoic prince Chang Whe) and Kim Rina (jealous noble lady Eun Hye) were on hand in Myungdong in Seoul on the 24th for an autograph signing, but not for drama-related purposes. Both are brand models for EXR, a line of sporty and trendy casualwear, which announced they will be putting out an “EXR Jang Geun Seok special CD,” featuring photo spreads of the two as well as behind-the-scenes stills of the shoot. The CD will be available at Lotterias nationwide (a fast-food chain), given as a free gift for customers who purchase a particular set menu.

I bet a marketing strategy would bandy about lots of irritating buzzwords like synergy, brand awareness, integrated marketing, cross-merchandising, and buzzword. I say, well I suppose I’ve had worse Happy Meal toys.

Jang Geun Seok sure is keeping busy; aside from his drama role in Hong Gil Dong and promotion for other products like Black ‘N Jean, he had his first Japanese fanmeeting on the 23rd in Tokyo. (By the way, I was at a Korean cafe the other day and heard the “Black Engine” [link above] single — that glorified hair-product commercial jingle — played as a part of the pop-song rotation. Ha! Product marketing scores again.) He’s amassed a sizable Japanese fanbase from various roles over the past few years, such as the 2006 Japanese horror flick Final Destination, the college sitcom Nonstop 4, and drama series Lovers in Prague. (Hwang Jini will air in Japan beginning in April, and Hong Gil Dong already has its own share of Japanese fans.)

From the fan signing: 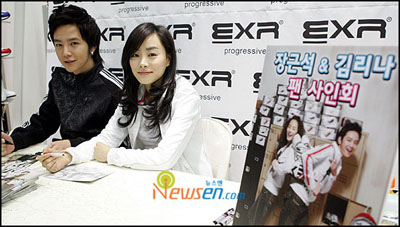 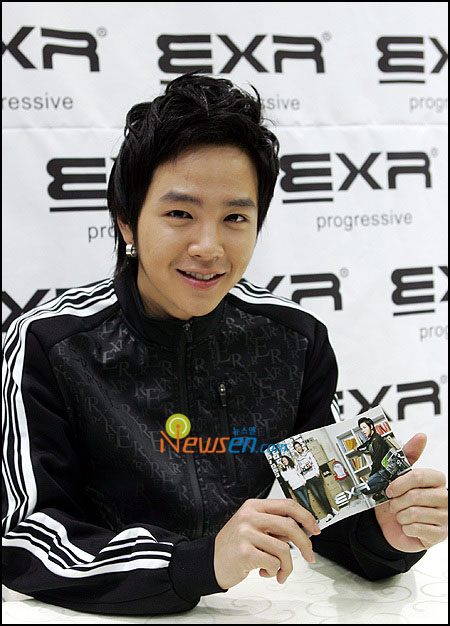 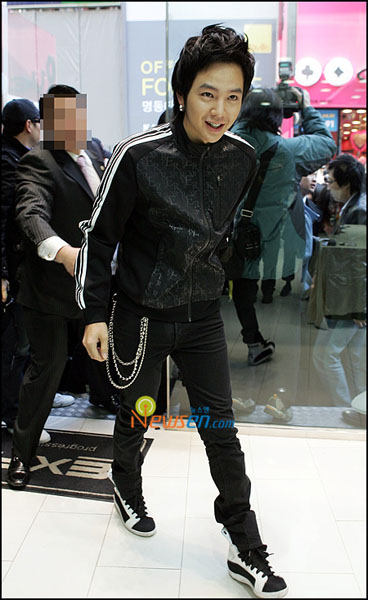 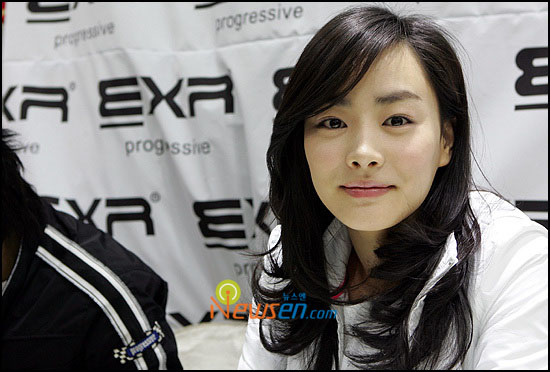 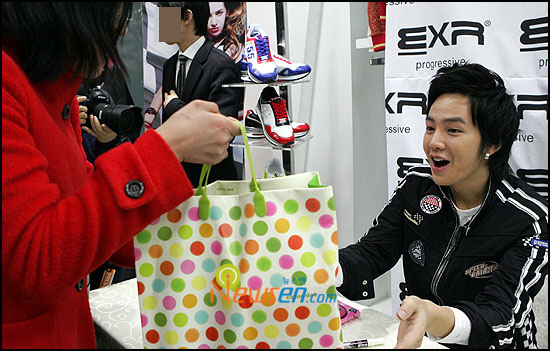 Via Newsen, and Newsen again

he is so young and adorable***cute like a little kid***

hhhmm...am i the only one who does not dig his hair, outfit or earings in those pictures? o.O

the pants are too tight..i dunno

But someone needs to get him a better stylist....Because the clothes and hair aren't complimenting his good looks (@yeli-you're not the only one who thinks so.)

I think Kim Rina is actually really pretty....Or maybe it's just because I'm used to her now? I remember looking at promos and pics for when she was cast in Hong Gil Dong, and I didn't think she was pretty at all. But she looks more delicate with ancient clothes. Why is it that she is only visible in 2 pics? XD Is the press attention on Jang Geun Seok and not on her or something?

I loved Nonstop 4! Actually, four and five were my absolute faves until Nonstop 6 came along...

if u guys watch one episode of ya shim man man with rina in it, u can tell she is actually very pretty. i remember thinking that when i was watching that episode and i didn't even knew her then. but now from hong gil dong, i know it was HER. which is weird cuz i dont think shes that pretty in hong gil dong. i think its the pulled back hair. but i agree she does look prettier in traditional. but she's also pretty when she's being natural. her hair here is quite O.o

I didn't realize he was so young. I give him credit for his ability to act as a character that is more mature than himself.

Kim Rina annoyed me at first but I've actually grown to like her. She's pretty cute with the long hair. As for JGS, he looks superrrrr young without the nasty eyelinner and curly, messy hair.

is JGS wearing eyeliner? o_O kim rina actually has classic beauty.. hopefully it's not all surgery :/ the clothes look kind of cool.. like puma or adidas.. i might buy them so i can be high-tech asian speed racer..

i agree with all of you that JGS's pants are too tight! and kim rina is very pretty. seriously JGS needs a better stylist so the boyish cuteness and the punkish outfit don't make such a weird contrast.

^^ although i agree the pant is too tight for him lol, i think he's still looking good in it. actually i always like every role he play and the outfit he wear except in HGD,JGS as a prince doesn't impress me as much as other series he was in. the cold character doesn't suit him and his face.
i prefer him smiling. he is cutest when he's smiling ,don't u think?

i think KimRiNa is really pretty both in EunHye look and in the modern look like this.. but i must be in minority to say JangGeunSeok is look much better in his long-haired-ChangHwi look than the modern look ^^ ..anyway, i agree that JGS needs to have a better stylist...

Kim Rina is really pretty. i like EUNHYE .. she looks so natural in HGD drama. i've capture a couple of her scenes in HGD.
she's so pretty.
i wish she have more drama , ancient if possible, .. i love her.

seriously the guy is so cute, i wish he would just NOT put on the earrings on both ears, and dress better, please someone get him a new stylist so that his prettiness doesn't get overshadowed by bad clothes