The con man meets his match in Oh My Geum-bi 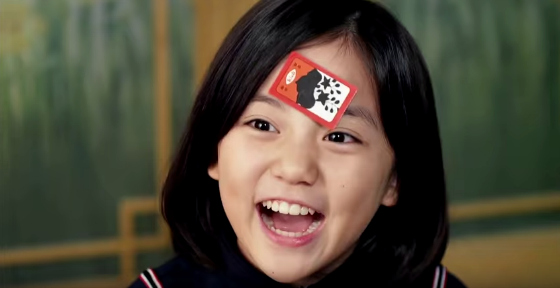 This isn’t a show with huge stars, but I can already tell that the story will squeeze my heart and steal my tears. KBS’s upcoming Wednesday-Thursday drama Oh My Geum-bi is the heartwarming story of an aimless con man who’s set straight when he meets the daughter he never knew he had. It looks like we’ll get an adorable bickering relationship between a precocious ten-year-old and a grown man who has yet to be an adult, in a story where he’s supposed to raise her, and she ends up making a decent human being out of him instead.

Oh Ji-ho (My Little Baby) stars as a hapless swindler who turned to a life of crime when he lost his sense of smell and had to give up on his dream of becoming a chef. He’s pretty bad at actually conning people though, and it’s not until he’s in prison that he finds out that he has a ten-year-old daughter named Geum-bi, played by child actress Heo Jung-eun. She was most recently the little princess in Moonlight Drawn By Clouds, and Park Shin-yang’s daughter in Neighborhood Lawyer Jo Deul-ho, where she made me cry every time she had scenes with her dad.

Geum-bi is a strong-willed little girl who decides to fix her wayward father’s life, but there’s a tragic turn when she’s diagnosed with Niemann-Pick disease type C, and begins to rapidly deteriorate mentally and physically. The rare disease is referred to as “childhood Alzheimer’s,” and despite the sad premise of watching such a young girl lose her memories, the drama promises to be an uplifting, cheerful story about family, and not a melodramatic tearjerker.

In the teaser above, Geum-bi is shocked to find out she has a dad, and shows up in court to plead for Dad’s freedom so she can live with him. As soon as he’s out of prison, she nags him, “Try conning again, and I’ll call the police on you!” He’s just as childish, and their argument devolves into father and daughter calling each other ugly.

And then in the most recent teaser below, Dad gets teary-eyed watching footage of his baby daughter, but Geum-bi shatters his daddy fantasy by throwing down in Go Stop. She sticks a card on her forehead like an old pro and taunts Dad for his money because she’s beat him, ha. I’m not sure I buy that this drama won’t be a tearfest when it gets down to it, but they’re so cute together that I might not be able to resist.

Oh My Geum-bi follows On the Way to the Airport and premieres November 16. 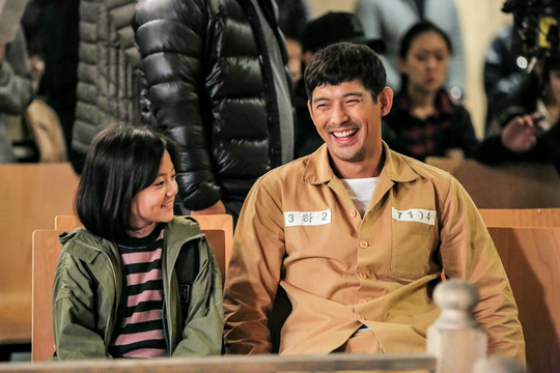 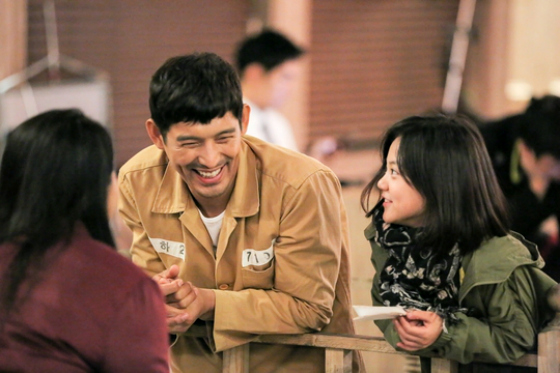 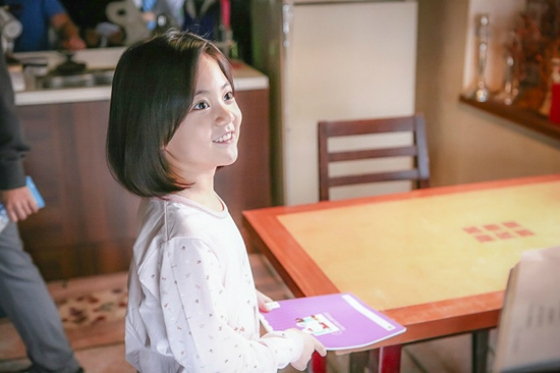 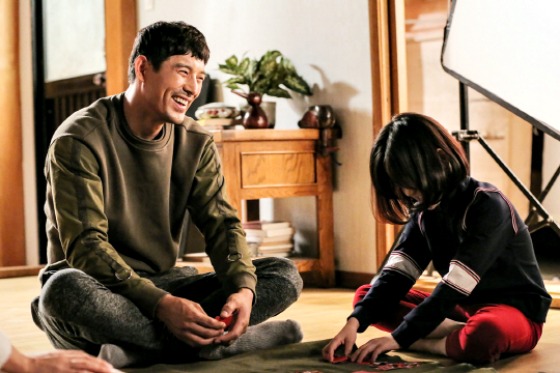 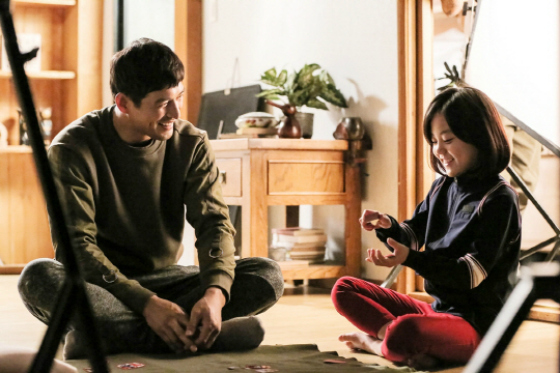 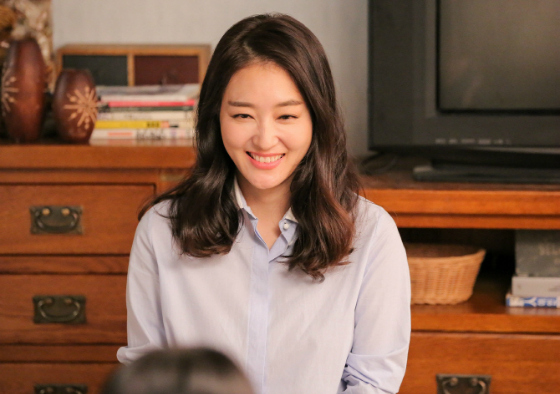 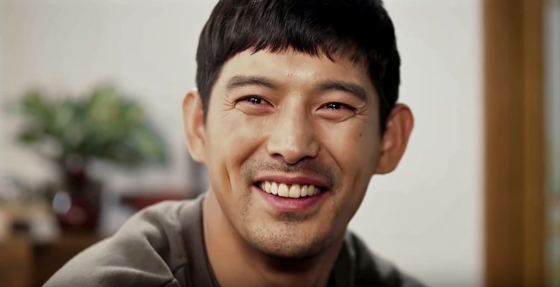 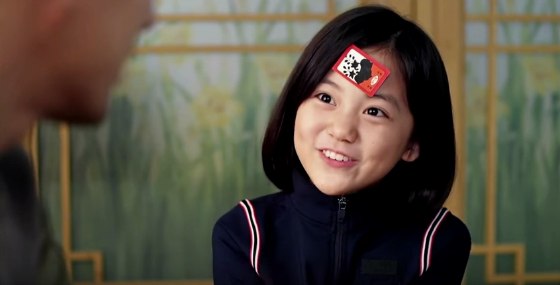 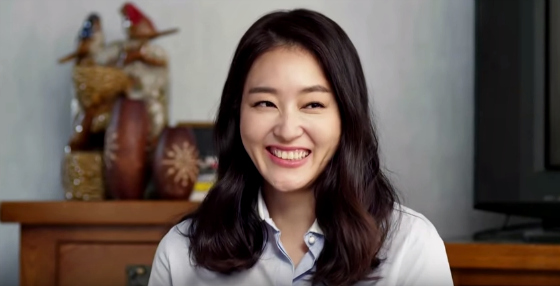 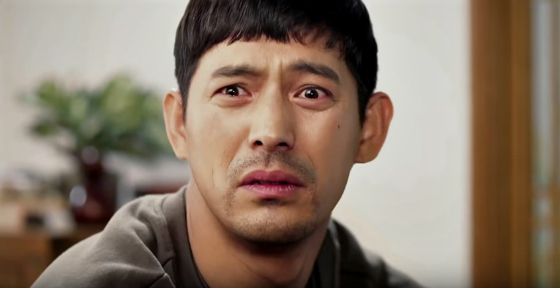 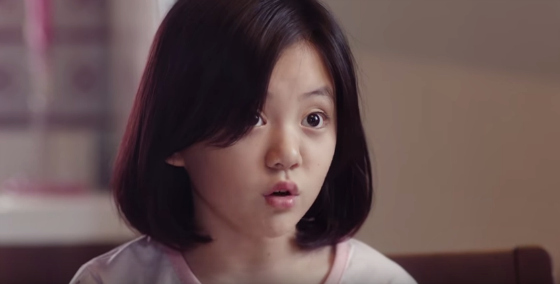 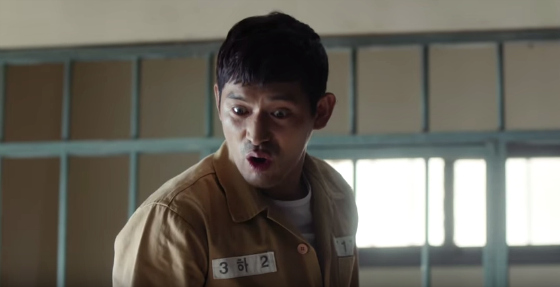 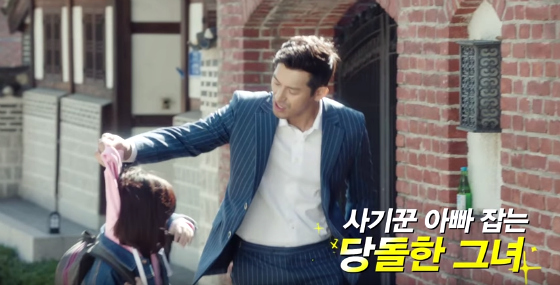 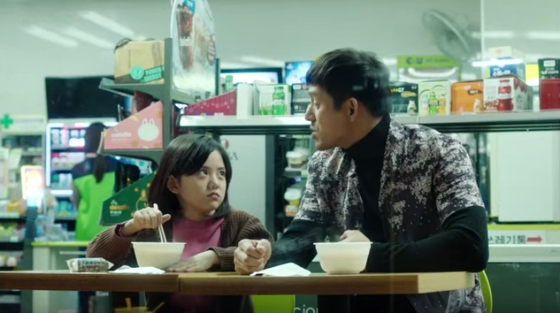 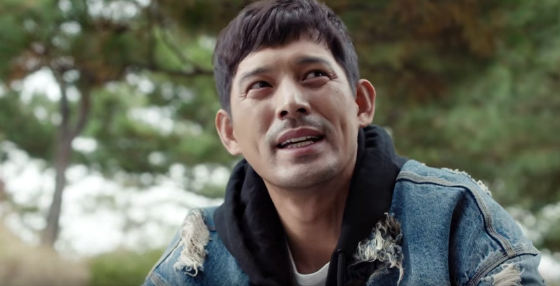 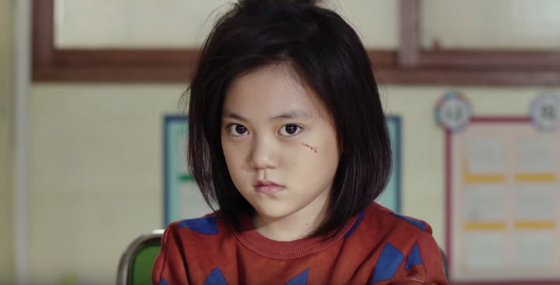 Wow, love this little girl in MDBC!! This sounds like a heartwarming show!!

Omg this is so cute and i love the child actress. Feel like she'll be the future Kim So Hyun and Kim Yoo Jung. Can't wait!!

I love her and I just can't wait to see her again on my screen. Btw, only saw her on MDBC but she was THAT good! ☺️

she's amazing! i loved her in neighbourhood lawyer - she was literal sunshine but at the same time seriously tugged at my heartstrings.

She's so pretty and cute. Now I want to watch it too. It might be able to make me crying river just like when I watched Japan dorama 'Beautiful Rain' with an Alzheimer father and his smart and cute daughter

Oh the little gal has grown up so beautifully. Her acting is superb. Can't wait to watch this drama.

this is the story I am gonna watch, seriously it looks beautiful and I am weak to this kind of story

Yeah I agree with you! Out of the new dramas this one seems to be potentially the most touching. But I'm not sure if my tear ducts will survive such a work out...

@Sancheezy and @Michykdrama... well we already know she can make us cry in Moonlight... I'm gonna keep tissues beside me for this one.

She's gonna steal away the show! I think she's the main star!

this reminds me of usagi drop and the little girl in marriage contract... I hope it gonna be good

This reminded me of several mangas and even few Japanese dramas.

This little girl has already shined brightly in these 2 teasers. I think she will compete well against the adult actors.

Same here.
I have zero interest in the other two dramas (Blue Sea & Weighlifting Fairy)

The kid is going to grow up a pretty girl. I can see it.

Watch, this show is going to be the runaway underdog hit. I'm definitely tuning in - just for the little girl! She's too precious!

At that age, I don't even know what am I doing back then..

It's a pretty heavy role (unlike other child role that appear only for a few ep and for little scenes only..) I'm Glad she's been given the chance :) she would definitely be one of the big names in years to come haha..

Next Wed-Thu: Battle of the Con Mens

And here I am sitting like a hobo wondering what the heck I did at that age... o_o She's amazing!

This looks like the fight of the dimples, let's see who wins!! Although I think I know the answer already.

Bellyaches and tissues? Yes! Will be keeping an eye on this.

I didn't know about this drama!

Gosh, such cuteness! I now have to check this out despite not liking Oh Ji Ho.

It's probably futile but I am rooting for the underdogs in this slot :)

This drama is going to be the 3rd death of me in K-Dramaland 2016 right after "Marriage Contract" and "Moon Lovers", isn't it???

WHAT THE FREAK ARE YOU TRYING TO DO TO ME AND MY FEELS??? Shred my heart into a million unfixable pieces, then have someone stomp on said pieces?!?!?!!

P.S. Hopefully, the character role that Lee Ji Hoon (b. 1979) has been for will be able to give SOME sort of sunshine to this drama and will be the one to hold my dear, poor heart together *crosses fingers*

Looks like a new star is born. She is so adorable and talented child actor. aww

The child actress is so cute! I can already see that she is a great actress because she is so expressive here whereas she played a subtle character in moonlight drawn by clouds. All the three dramas premiering on that day looks interesting.

This sounds like a tear jerker.... i don't think i could handle it!

The second Kim Yoo Jung <3
Going to watch it. Seem like a perfect show for Christmas season

Our little Princess Yeongeun!!! Awww suddenly she looks older than her character in MDBC and it kind of feels weird for me seeing her here. Nonetheless, isn't she so cute and pretty? Not to mention she's packed with talent. I applaud her acting in MDBC for she was able to convey her feelings well without having to say a single word. She's that good! Cannot wait to see her in this new drama.

I would have thought the first part of the premise was enough for a moving story; I'm afraid I'm not going anywhere near a terminal-illness story involving a child; time to catch up on my unwatched-show list... :(

The moment you realize a 10 year old has a more V-shaped face and way more defined jawline than you... ? #doublechinftw

*gasp* you are not by chance referring to LJG right..
good reference by d way(lol)

They completely lost me with the tragic sick child twist. I can't. A sassy little girl and her hapless conman dad was enough already.

Sorry if this is getting annoying, but I'm sure Moonlight fans will be clamoring this thread considering Princess Yeong-eun is here. Join us on kakaotalk support group for Moonlighter fans!

No, no, no, no, no, WHY??? This sounds like the perfect drama, with perfect casting, why do you need the disease??? Argh.

geeeze she was so good in moonlight! i remember that one scene where she had to break down in the room after finding the hidden letter and i was just thinking to myself wow her acting and her facial expressions are so on point!

Every single scene of her was just mesmerizing. Fighting, Heo Jung-eun!!