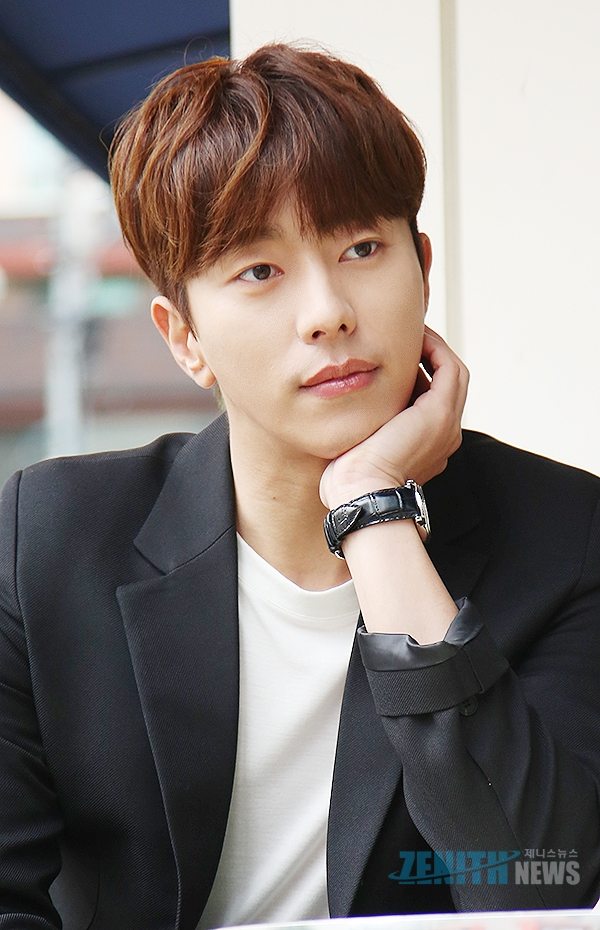 After his unexpected release from mandatory army service (due to a severe knee injury), Choi Jin-hyuk (Pride and Prejudice), who has been away from the drama scene to recover his health until recently, confirmed his comeback project, OCN’s fantasy-thriller Tunnel. Baseball-player-turned-actor Yoon Hyun-min (Beautiful Mind) will be playing his co-star for the upcoming cable drama. Please excuse me while I swoon in delight.

For Tunnel, Choi Jin-hyuk plays a detective from 1980 who falls through a time-slip portal that leads him to the present. Before his tumble through time, he was pursuing a serial homicide case. In the present, he discovers more links that help him grow closer to finding the murderer. Remind anyone of any recent highly successful cop dramas? *cough* Signal *cough* Not that I’m complaining…

Adding more excitement to the hype, Yoon Hyun-min will be playing Choi Jin-hyuk’s partner in crime-solving. His character is described as an odd type of elite detective who rarely goes on-site. Suave and fashionably chic at first glance, he doesn’t seem like the stereotypical police investigator, but his intellect and skills are top-notch. His cold, calculating, evidence-based approach to cases is supposed to be a foil for Choi Jin-hyuk’s human-driven, hands-on approach.

Just imagining the tall duo bromancing it up with their intense gazes has gotten me shivering with anticipation. Chungmuro actress Lee Yoo-young (The Treacherous) has also confirmed her part as the psychology professor from England who helps the detective pair solve their case.

Please be a good role for Yoon Hyun-min!! His last role in Beautiful Mind was meh, not great.

The writer behind Tunnel is not familiar though.....

Ok, now they've got my attention! I've only seen Yoon Hyun Min in Witch's Romance where I grew to love his wacky spinach character and I'm curious to see him in more serious fare.

That is the only poject I have seen him in as well. He was definitely enjoyable in it. I had no idea he was a professional baseball player though! That's pretty cool!

Yoon Hyun-min did well in Heartless City and I love his bromance with Jung Kyung-ho. It was one of the few saving graces of that drama.

And Falling For Innocent with also Jung Kyung Ho and Kim Seo Yeon, he was the manipulative evil friend.

I think i read somewhere that him an JKH are real life friends.

Yessss, I first saw and fell for him in Heartless City.
I want to go rewatch that show now. xD

Yoon Hyun Min and Jung Kyung Ho are like best friends! ^^ They are both on IG and they have a bunch of random photos of them together.

Yes. He was good in Heartless City and Witch Romance. :)

Adding Discovery of Romance to the list. He played a supporting character but I enjoyed his performance with Kim Seul Gi there! They were so funny and cute together. I actually thought he was a comedian, until I saw Heartless City & Falling for Innocence.

You definitely got to watch Heartless City. One of the best k-dramas, imho.

2017 stop adding to my ever growing list of dramas I want to watch. Just when I vowed to slow down on my drama watching too.

I think that would be quite difficult for you and all of us here ;)

Oh heck YEAH! I am so tuning in for this. They had me at Choi Jin-hyuk but now I am even more ready for this to start airing. March is so far away. But I'm willing to wait with eager anticipation.

6 gadis is camping on the cells village

Woaah... And I was just wondering where has he been. So excited. Yay!!

I had no plans to watch this, but with Yoon Hyun Min in, I'm in too.

I was just thinking about him the other day and now i get this news! I was not planning to watch this drama and was skipping all tje articles related to it as i was not interested but Yoon hyun min's nake caught my attention. Now i have to watch this drama.

P.s. Those who haven't seen many of his drama should definitely check out Heartless city, Discovery of romance and Falling for innocence (though jung kyung ho stole the show as james kang/kang min ho). Watch it guys it's all worth it!

Yes for another time slip drama, I like this concept, i am excited.

Literally only seen him as an appearance on good wife but i'm in love, i think i better watch beautiful mind

oooh! Happy early Christmas to us!!!

And not to be a total b*tch about it but pleeeeeze let the professor from England speak decent English. Or never, ever allow her to speak ANY. Thank you in advance, Show.

Wow I like these two male leads. And this storyplot reminds me of Signal. Signal 2 ?? Lol.

I guessed that there won't be any or much about the romance line. As far as I know OCN's dramas normally hardly have any romance line.