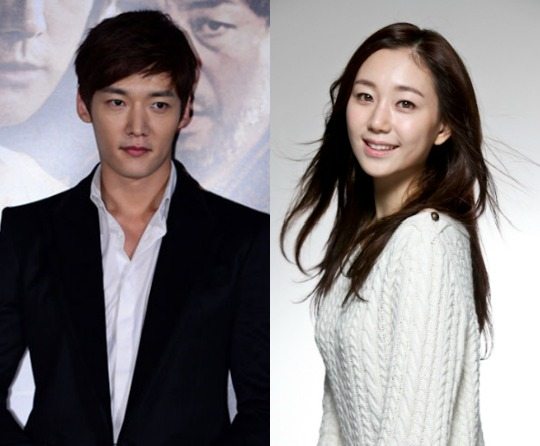 Choi Jin-hyuk (Pride and Prejudice) is still considering OCN’s time-slip crime drama Tunnel as his post-army comeback project, and now an offer is out to the “Cinderella of Chungmuro” film actress Lee Yoo-young (Yourself and Yours, The Treacherous, Late Spring), in what would be her first ever foray into dramaland.

Tunnel is the story of a detective who traverses past and present in the hopes of saving his daughter. He goes from walking along the ridges of rice paddies for clues in 1986, straight into 2016. Wherever he goes, he causes trouble and creates problems, but his antics are funny and bizarre because he is an old-fashioned detective from the past trying to adjust to life in modern day.

Choi Jin-hyuk plays the main character, an expert violent crimes detective named Park Kwang-ho, who leaves no stone unturned when it comes to scraping for clues. He’s so meticulous and zealous that he once hung out with a thief’s hyung for a month just to locate where the thief was hiding, and it worked.

Lee Yoo-young plays Shin Jae-yi, a U.K.-raised psychology lecturer with a Ph.D. The character wrote her thesis on serial killers who target women and is a recognized name in academic circles. Although she had no plans to teach in Korea, she is presented with the opportunity to do so and accepts, leading to her involvement in the case.

The premise sounds fun, and I’m looking forward to seeing what film actress and drama newcomer Lee Yoo-young’s got. And I think there’ll be plenty of comedy to mine from the main character since quite a lot has changed since the ’80s, giving Choi Jin-hyuk a lot to play with. A smartphone would probably boggle his mind!

Tunnel is expected to premiere on OCN in March 2017, after Voice ends its run.

I have loved him since Fated to Love You. I was wondering where he was hiding. Didn't know he went to the army.

Wow seeing Choi Jin-hyuk in a casting news article is surprising. Did not expect him to come back to dramaland any time soon. I guess if he had completed his military training he'd be discharged by now. Happy to see him back, healthy and still in the picture.

I do think he is better doing a more serious role ala Pride and Prejudice, so this would be good. On the other hand, I don't know much about Lee Yoo-young since I'm not a chungmuro girl. Is she a good actress?

Of course! She is better than good. I'm excited she is doing a drama for the first time but I'm also worried that she is going to be wasted here.

She is good friends with her fellow film actors Park So-dam and Kim Go-eun. They all debut in films. (The Indie darlings!)

@Kiara, how was the movie The Treacherous? I only saw some scenes here and there but it seemed like Lim Ji Yeon's acting had improved a lot. The movie has a cast a like( not familiar with Lee Yo Young) it has Ju Ji Hoon, And My Chan from Coffee Prince as the batsh!t King( can't believe that adorable annoying ball is playing that) but I'm just reluctant. At least, the dance scene was better than in Scarlet Heart.

I didn't care for the movie to be honest. I'd rather rewatch "War of the Arrows" and "Duelist".
I watched it because I love the genre. I ff through some scenes and Lim was pretty decent there. I think that's why she was cast as the leading lady in Jackpot because they saw potential but she wasn't solid enough to make it work even with a frustrating script.
I think she is better in modern dramas.

hhhhhhhhhhhh I'm loving the main chacracter from now!! it's looks fun and Choi Jin Hyuk is a talented actor that I'll be looking forward to see him playing this role!!

Just imagine how amazed he would be of the number of foreign fans his country got since the 80s. Or Gagnam style is the most known Korean song in the world and don't forget the most important nutrition after ramyun are Subway sandwiches. (couldn't resist to add our old frenemy Subway xD)

Would like to see a slightly edgier OR more grizzled male lead. Choi Jin Hyuk screams chaebol every time I see him and it's hard to see him any other way. I wonder if the scenes from the past will ring true or if we will believe him as an 80s detective with his look? Not sure his acting chops are up to overcoming that? I like him, don't get me wrong. I just don't feel him in this kind of role.

He was a curious, mature but playful gumiho in GFB. Definitely wasn't a Chaebol.

now im more interested and hope Choi Jin Hyuk accept- been 'considering' the drama for ages. Although she's a newcomer but with experience in film, shes far from a rookie.
im not usually that into time slip dramas but this sounds good blend of fun and gun.

It sounds great, and I love both actors. I just hope OCN will get a decent scriptwriter this time.

Yes, especially since time travel is a tricky theme. I hope it won't become another Vampire Detective.

So that's where this fiiiinnneee man went to... I pray that his comeback project will be successful.

dang, that's the best picture of him i've seen yet.

Choi Jin Hyuk suits best with crime-thriller types of dramas. I couldn’t get into him at all until I watched Pride and Prejudice. He was really good in that drama, even if that drama was lacking in many ways.
Lee Yoo Young is quite mediocre imo. I haven’t liked her in any of her movies and I really don’t have any special feelings for her. Han Ye Ri has impressed me on AoY and I still think that Park So Dam’s best work’s still been in Chungmuro (The Priests). Let’s hope Lee Yoo Young can nail this character though, ’cause I’m all for good acting in dramas.
Even though I dislike OCN dramas, I hope this time writers/producers give at least some substance to their female character and not waste them and make them embarrassingly unprofessional.

Forgot to mention that I brought up Han Ye Ri and Park So Dam as Chungmuro oriented examples. PSD’s performance in The Priests alone was great, but she hasn’t quite managed to convince me in dramas, which I think is due to her characters. Then again, very few female character has ever been realistic, consistent, professional and treated with respect in kdrama so...
And Han Ye Ri was my fave in movies but I completely fell for her in AoY, which can be due to the fact that Yoon Jin-Myung had substance. And by no means I’m hating on candy characters, or invalidating actresses who have acted candy characters, ’cause there are actually good actresses with a lot of potential who had to act candies and get wasted in dramas....

For me, Han Ye-ri is on a league of her own compared to the rest. Charismatic show stealer who'd take any role thrown at her and make it shine. Kim Go-eun is next with incredible range and then the rest. I love Lee Yoo-young in short films, same with Kim Tae-ri before she became popular in the Handmaiden.

I like Kim Go Eun in A Muse and Coin Locker Girl and she was ok in CITT, haven’t watched Goblin yet. Kim Tae-Ri is really good, was impressed how good she was in The Handmaiden. I still think that she should act in Chungmuro rather than get her talents wasted in dramas

I always prefer seeing all of them in Chungmuro but sometimes there isn't enough project for their age group. Doing dramas also gives them more exposure. Most of the tv viewers are unfamiliar with movie actors.

sometimes dramaland gives those actress burden bcs the most people only familiar with drama's actor/actress. how wasted.
competition between actor/actress and idol so tight too. oc idol be more anticipated by their fandoms.