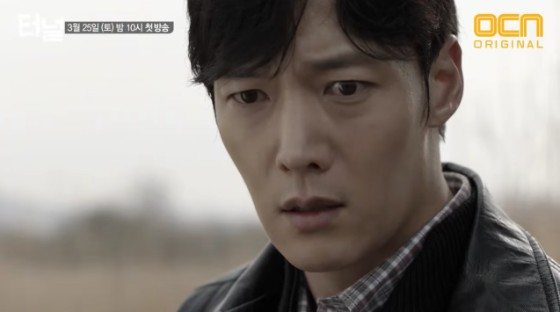 OCN’s upcoming supernatural thriller Tunnel has released two new teasers that feature Choi Jin-hyuk (Pride and Prejudice) as a hot-blooded police detective working on a homicide case in 1986. This drama is actually based on the real unsolved Hwaseong serial murder case from 1980, as many dramas and films have done before (Gap-dong, Memories of Memories, among others), but of course there’s a twist in this one: Choi Jin-hyuk is able to travel thirty years to the future via tunnel to our present 2017, where he has a shot at solving the case.

In the first teaser, the corpse of a young woman is found in the middle of a barren field, with strange markings and signs of struggle seen all over her body. Choi Jin-hyuk is one of the first policemen on site, and he lets out a frustrated sigh as he views the scene. Then we cut to him running around in search of a lead, as he says in voiceover, “Let’s see who wins!” He seems like a brash and passionate detective, who throws himself headlong into his work and goes overboard slapping and cursing at his suspects during interrogation. However, when he sees the hooded man whom he believes is the murderer, he starts running furiously with a single-mindedness that reflects the closing caption: “Quitting is not a word in a 1986 detective’s vocabulary.”

The second teaser is definitely darker in tone because the first scene shows the murderer kidnapping his victim and slowly strangling her to death. Choi Jin-hyuk’s eyes shimmer in compassion as he sees the brutalized state of the victim’s body, and the victim’s loved ones grieve for her at the crime scene. Distinct markings on the victim’s body turn into a scene speeding through a tunnel, and at the end of the rapid-fire cuts, Choi Jin-hyuk is in the future saying, “The bastard has started killing again.”

Of course I’m excited to see Choi Jin-hyuk on my screen again, but I’m also impatient for the promos to show more of his crime solving partner-to-be, Yoon Hyun-min (My Daughter Geum Sa-wol), as well. Thankfully, it’ll only be three short weeks until the drama actually begins. 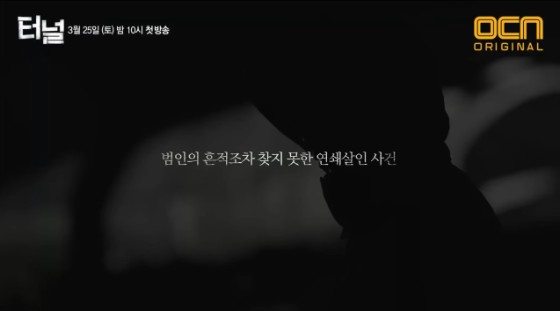 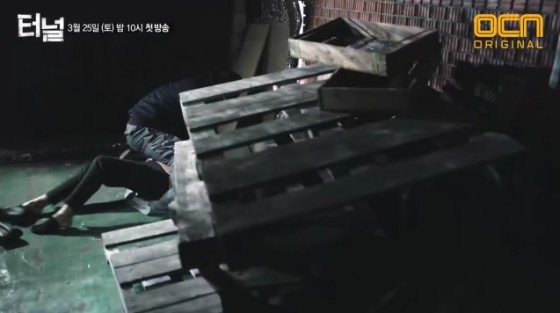 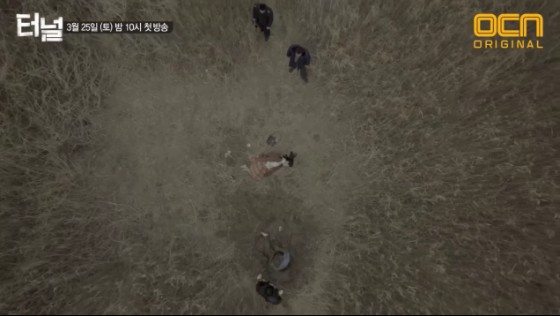 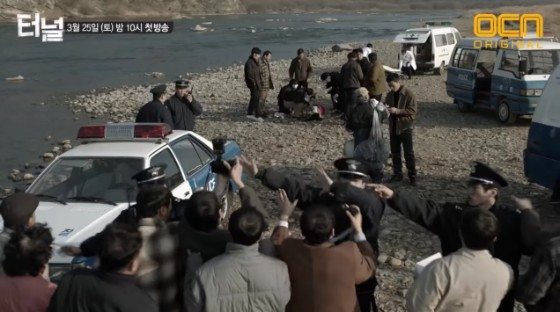 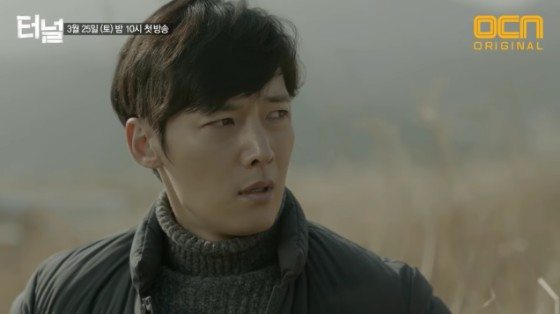 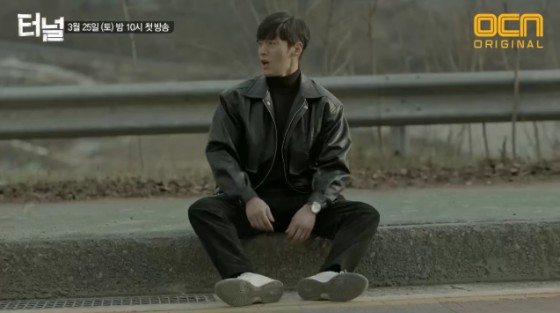 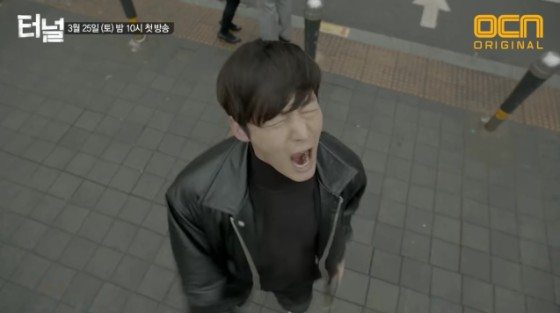 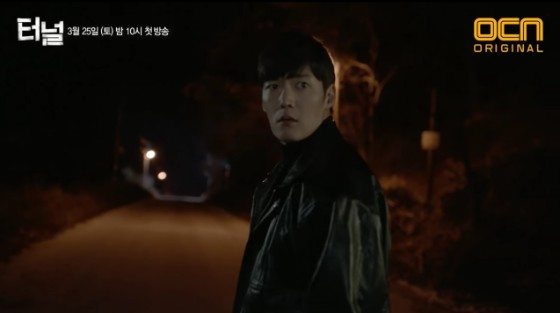 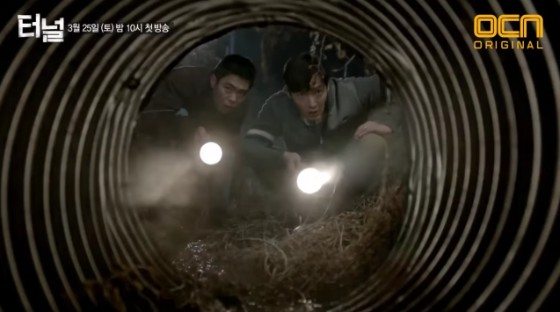 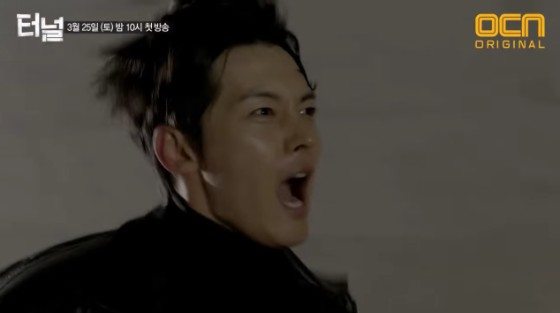 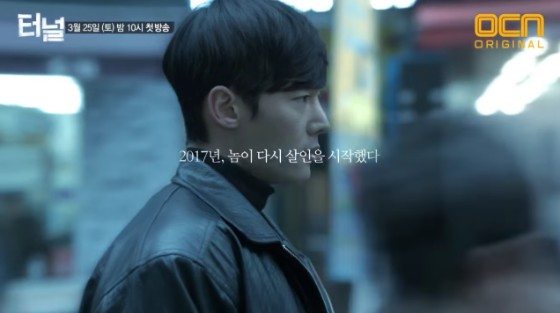 I'm getting a God's Gift feel from the trailers and the mood.

Im also impatient for Yoon Hyun Min. I hope the female lead is as interesting as she sounds.

Can't wait, love the teasers. He's such a talented actor. I too, have reservations about the female lead.

However, I just hope this is a good choice for her, considering she's actress mainly targeting films, not dramas. It's like having Sandra Bullock starring a tv show. It's rare event.

He looks good. I think I prefer CJH is something like this, than romcom like FTLY. Cannot wait to see more of Lee Yoo Young, her character looks the most interesting for me. She is a newcomer to dramaland but she is one of those established young actressess in chungmuro, so acting wise I am sure will have no problem.

I just hope the writing of this drama is good.

I am looking forward to this but at the same time i am sad that Voice has one week left, i will miss it.

I am getting ready to start Voice once it finished. Missing Jang Hyuk so much. ?

He's amazing as usual but overreacting sometimes, i think most detectives in Korean dramas are portrayed as they're on the edge, frustrated, quick-tempered.

I am perfectly fine with his overacting hehe. Yes I agree on the detective. Mode of the drama also influenced in my opinion.

Agree. I'll take his over acting any day. I loved him in pride and prejudice so looking forward to this one. Perhaps the first drama this year I'll be watching as it airs

This is the first I've heard of this project, but it sounds interesting. Reminds me of the movie Time After Time.

I'm a big fan of Choi Jin Hyuk as well as Yoon Hyun-Min.

I loved Choi Jin Hyuk in Emergency Couple. He is to me as I would suspect you ladies perhaps view Park Min Young. An actress who is championed and adored less for her beauty and more for her particular charm (and perhaps her acting skill). Jin Hyuk is like that for me. I like him for his gruff exterior and feel he has a certain charm that comes through. He's not the usual Korean pretty boy and has more typically masculine features, which, being a straight guy, I appreciate in a male lead. Those flower boys of past leave me puzzled lol.

I'm also always on board for Yoon Hyun-Min. He has been one of my favorite Korean actors for awhile, and I have always thought he had lead potential. He had wonderful presence in Inspiring Generation (2014), and showed great comedic timing in Discovery of Love (2014).

I'm not familiar with the lead actress at all.

@ tineybeanie... Thanks for the trailers... i am eagerly waiting for this.. i think the case is taken not from Memories of Memories but "Memories of Murder".... i may be wrong but my hunch!!

I agree. Sometimes i wonder what are the basis of these kinds of dramas when i rarely hear murder on Korean News. Yes, i read their news.

And also the place is safe. I was walking there around 11pm and didn't feel threatened at all. I even saw a smartphone on a bench and nobody bothers to touch it. Lol.

Er....it IS based on a REAL case where 10 women were murdered in the span of a year. And Korea has had several confirmed serial killers in modern times. I agree it's pretty safe there all things considered, but it's not like they have zero crime and are making this up.

Wow.... this year has quite a start. Usually I would start a drama once it is finished but this year all the dramas have me hooked up and I dont want to wait. I am a big fan of dark mystery thrillers, this drama has added time travel to it. Great now have to wait for another drama and I dont have the patience to wait till it is over (sigh).
Ok.... eagerly waiting for your arrival drama....??....

Voice, TWY, Defendent, Missing and now Tunnel.
Anyother drama similar to this genre? Could someone plz let me know....?

Why do Korean depictions of cops always include them assaulting the suspects?

Thank you for the article. Teasers look great. Reminds me also about those early cases in Signal.

What's the story about the director leaving, and being replaced by a new director?
Thank you.

I'm not feeling it lately for K-Dramas. The current batch have to be entered into the 'meh' category and I'm re-watching some of my favorites like 'I Hear Your Voice' and 'Padam Padam'. I need something to grab me.

i am also rewatching I Hear Your Voice... and this is one of the best Drama Ever...