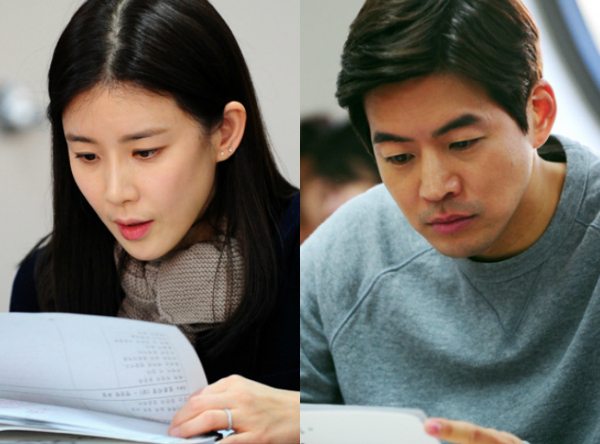 I’m looking forward to a few of the spring dramas, but this is the one I’m most excited about. Punch, Empire of Gold, and Chaser writer Park Kyung-soo is reuniting with the PD of Punch for a new series on SBS called Whisper, and the first production stills have been released of the cast and crew gathered for the show’s table read. Stars Lee Bo-young (God’s Gift–14 Days) and Lee Sang-yoon (On the Way to the Airport) are reuniting four years after their hit weekend drama My Daughter Seo-young, and this time they’ll team up to uncover the massive corruption and abuse of power that stems from the biggest law firm in the country.

The drama is about a man and a woman who start out as enemies, become allies, and end up lovers. They’ll risk their lives for that love, as they go up against a powerful law firm that abuses the law to make the rich richer and keep the power in power. Lee Bo-young stars as a police detective who’s determined to undo the injustice done to her father, and butts heads with Lee Sang-yoon over her personal revenge. He plays a brilliant judge who made the wrong choice one time in order to survive, but he’ll make up for it as he searches for the truth alongside Lee Bo-young.

Kwon Yul (Bring It On, Ghost) plays a star lawyer at the corrupt law firm, a sharp and ambitious man whose dream is to inherit the firm someday. Park Se-young (Beautiful Mind), meanwhile, is the actual heiress—she’s the spoiled daughter of the law firm’s CEO, played by veteran Kim Gab-soo (The K2).

I know it’ll mostly be a thrilling power battle involving corruption—as most of writer Park Kyung-soo’s dramas are—but I’m also looking forward to the budding romance between the leads, especially when Lee Bo-young’s character is described as a tough cop who suddenly turns into a young girl around her crush. I ship them already.

Whisper airs on Mondays and Tuesdays beginning March 27 after Defendant ends its run. 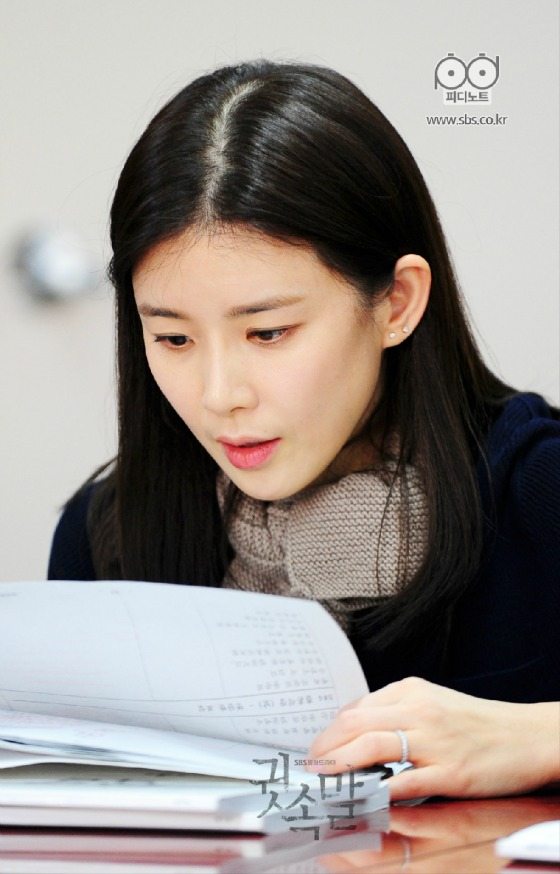 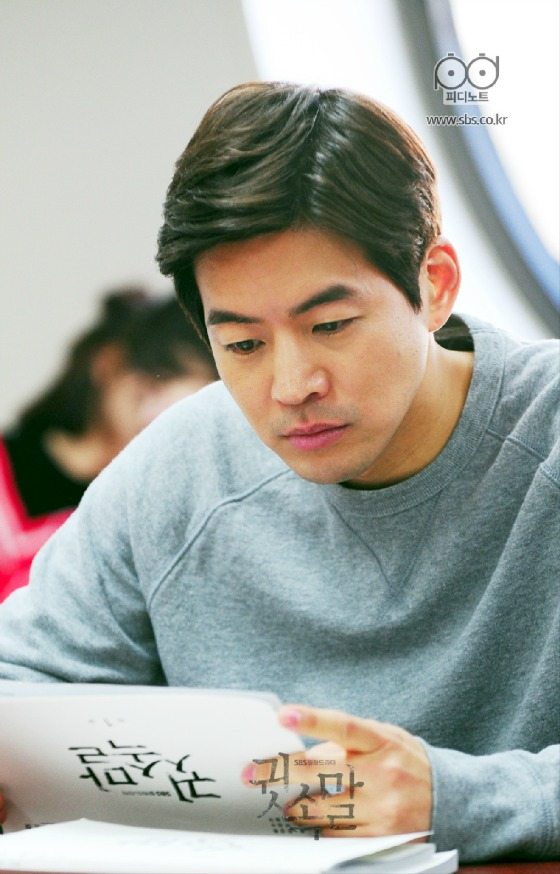 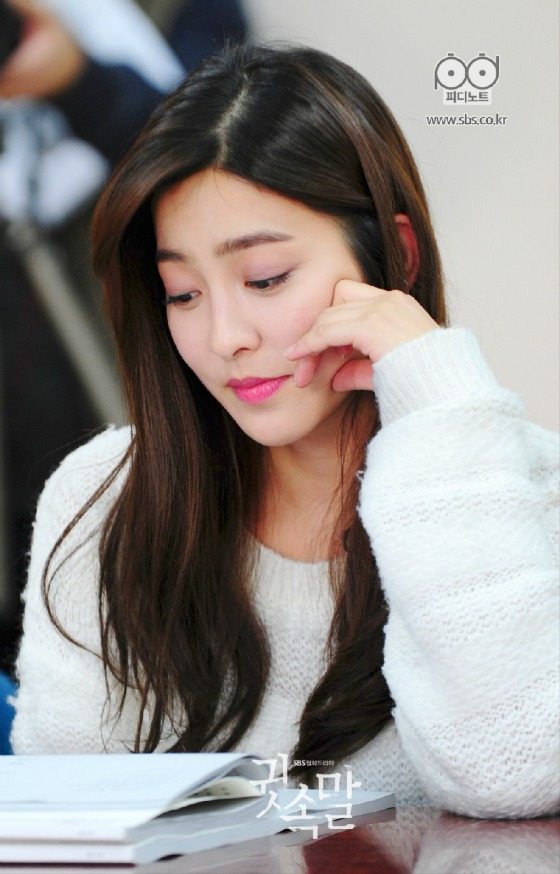 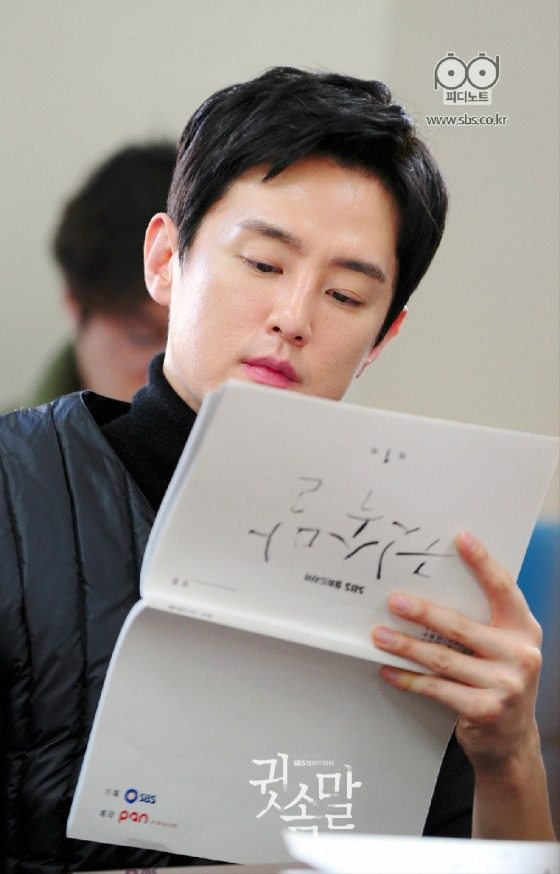 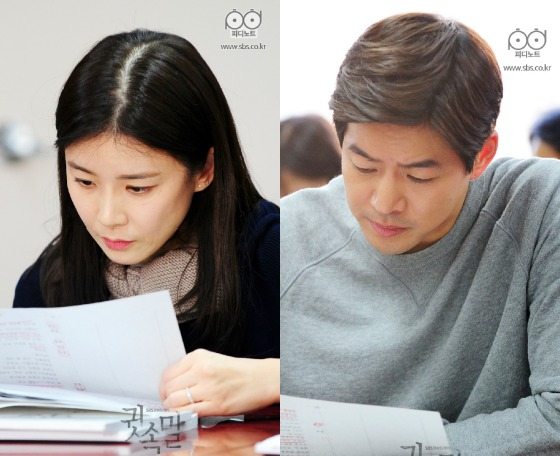 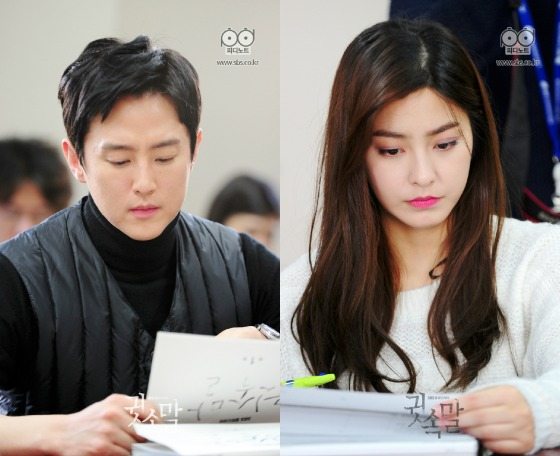 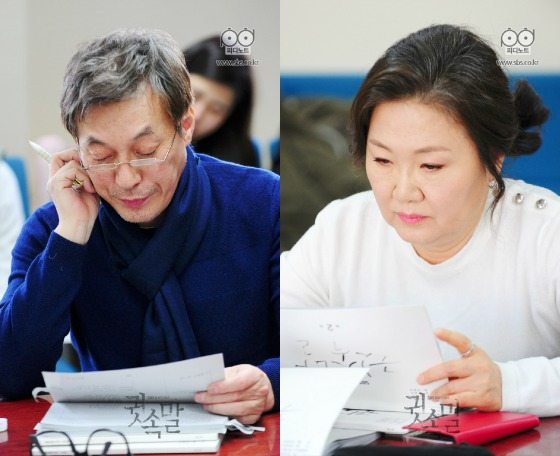 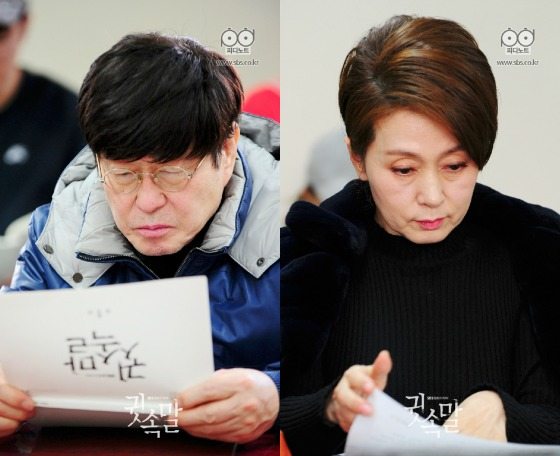 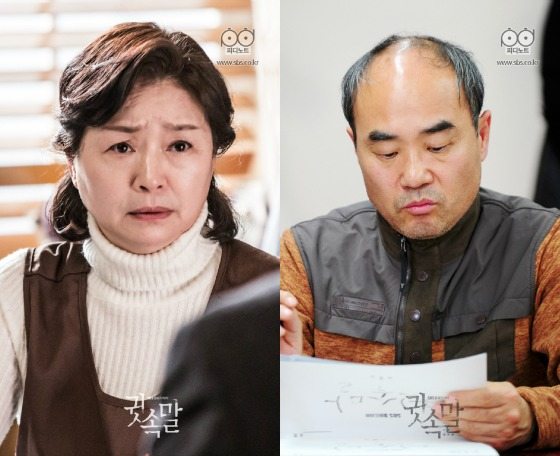 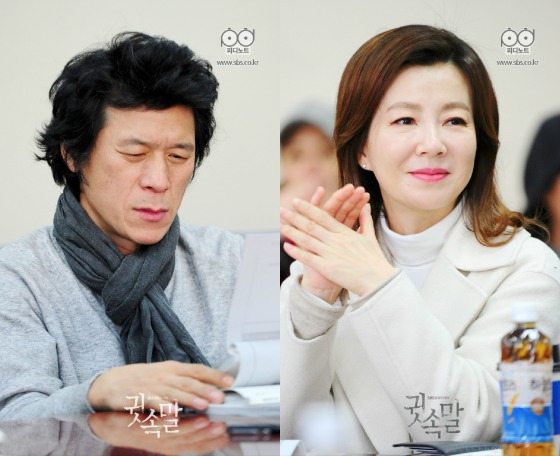 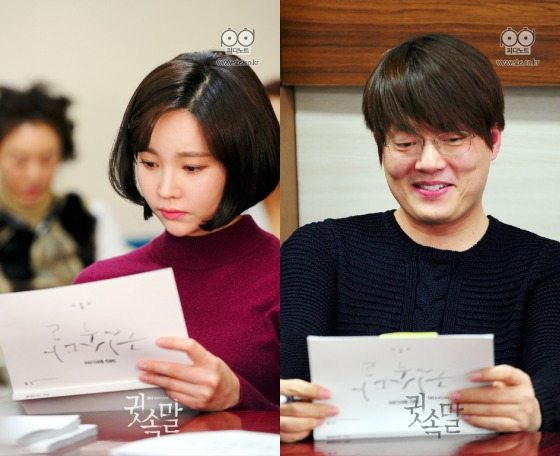 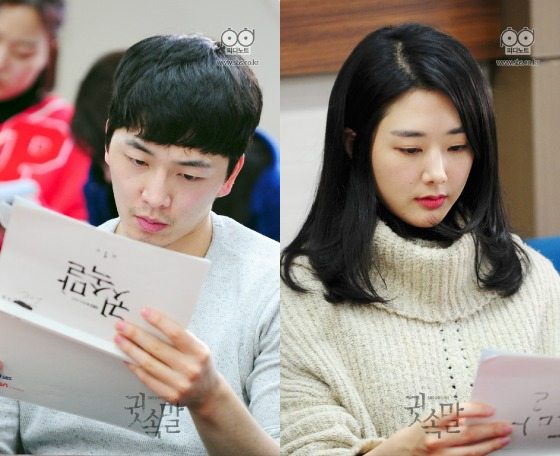 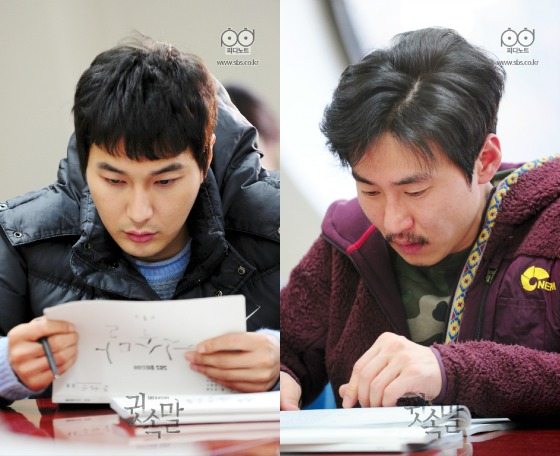 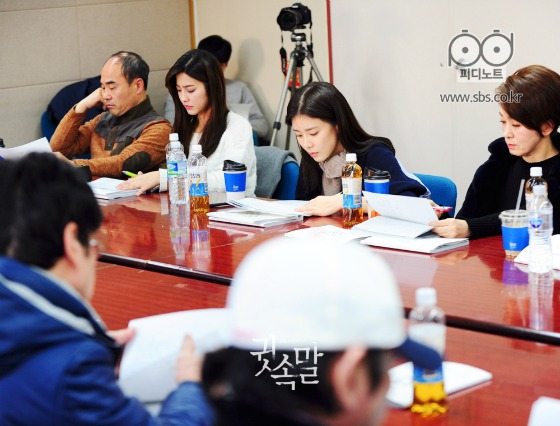 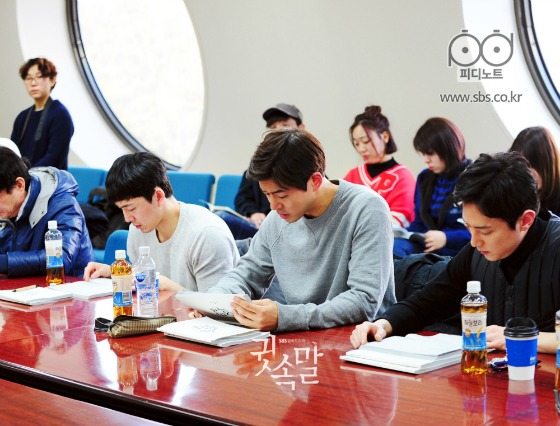 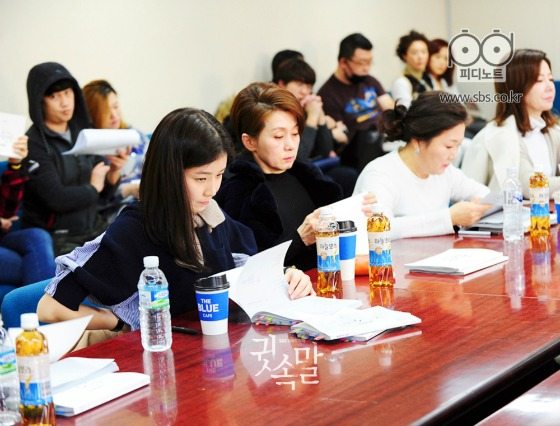 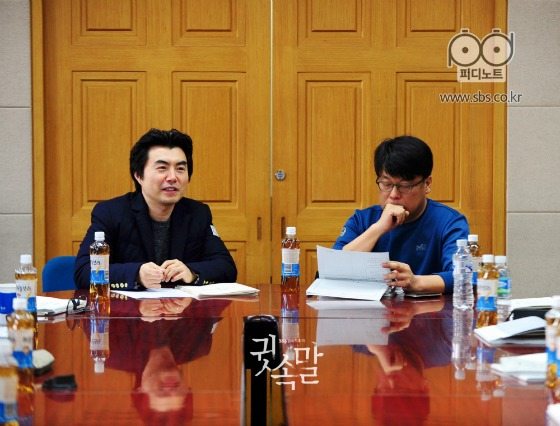 I forgot about the main cast of this drama except BY of course, they had a solid casts, this is worth the checking now, haven't watched anything from this writer dramas but I heard the good reviews.

Lee Bo Young looks beautiful, i hope she won't change her appearance when the drama starts to that trendy red hair color and some bangs on the forehead.

I kinda love those bangs on Nam Sang Mi in Chief Kim. But agree, I hope LBY will maintain her hair in this drama. I love black hair.

LBY looks funny with that hairstyle. Meanwhile, I dont know whether Park Se Young use make up or white paint in her face.

Are you by any chance annoyed with me, that you copied my name and just changed it a little? Whatever your intention is, just grow up :)

Note : Are you the same person who called for Sera from another thread? Just out of curiousity.

Lol, at first I thought you're writing this comment to me then I scrolled up and saw the other user with the spam, she/he might be a spammer or troller as the name says.

Yep you are right. Her comment was also show she wants to troll.

Kim Hae-Sook was Lee Bo-young's mum in I Hear Your Voice too :3

Yeaaaaah. The poor awsome mom. Glad to know they'll rekindle the mom-daughter relationship this time. Both are so powerful on their own.

Woah I dont realized (or maybe forgotten) that Kim Gap Soo will be in this drama too. Kim Chang-wan and Kim Hae Sook both are busy parents at the moment (they are also currently in different weekend drama). The casts of great veterans will make this drama more interesting.

On a side note, https://www.instagram.com/p/BRU9dcaDhY7/;

Liar Game Season 2 feels, anyone? ?
(they coincidentally met today because both having a shooting inside SBS Building).

I hope Park Se Yeong will have more things to do, aside from being an annoying spoiled daughter. I appreciate her efforts these days to try different role and not to stay in a comfort zone forever.

I agree....it's like I know she can do more but why is her character growth so limited...that's the feeling i get from her dramas...pls let her grow...I see glimpses of a fine actress in her

Is that...Kim So Eun and Lee Sang Yoon? He looks so young in that pic.

Yes you are right. I think she is using camera apps like 360 or something else, obviously the effects made everyone looks prettier and younger. ? haha.

I"m dying for season 2!! Still holding out for it happening though it doesn't seem likely anymore :(

Last time I heard there might be a possibility for Season 2 but when it will be, we don't know. :(

The escapee in "Defendant", who was accused of killing the boss in the car at the traffic light in episode 1, was also in "Liar Game". I can't remember his name ?

Hope it will be a refreshing-solid legal drama, just like The Good Wife.

I didn't think I was that excited about the cast aside from The Lee's but guess who's suddenly grinning madly in the school hallway?

Since Faith is pretty much replay-status in my house( courtesy of lil sis), I've just hyped myself on seeing Park Se Young, so pretty, so dignified.

Gosh, they already look good together from a side by side of them simply engrossed in reading. I would also love to see Lee Bo Young and Kim Rae Won.

There's one actress that looks like Hwang Jung Eum(or Kim Ah Joong, the two kind of look alike, now that I think about it) up there, the one in the red sweater and with short hair.

Look at all those serious faces and just a few smiley ones, no time for dulling. Let's do this!!!

And the other girl below with white sweater and black hair looks like Kim Sa Rang.

Oh yes, Lee Bo Young and Kim Rae Won will be perfect combo. Hopefully we will get to see them together in the future. If only Ji sung and her is not husband-wife, I will be wishing their pairing too. lol.

They are fated to be together. :)

Yay! Lee Bo Young gets her mother back! :) They had nice chemistry as mother-daughter in I Hear Your Voice. :)

Let's hope she wont be killed again. There's no Min Joon Gook here, but she's also starring in a weekend drama, so there's a chance to kill her character again.

:'(
When will my favorite actor get a good writer like this? So jealous for those who get good writers & their dramas do well in ratings, positive response & become so popular :'(

Just curious who is your fav actor? :)

Everyone's faith is different. LBY, LSY also not the strongest actors from their younger days. Only in recent years their names have become bigger. Another good examples who I considered as late bloomers - Seo Hyun Jin, Namgoong Min who had a break out success in 30s.

whoever your bias is, i just think he need to have a very smart agency behind him.

somehow, i feel like you are talking about Lee Jun Ki LOL.

Wahahaha it's not LJK. Everyone goes gaga over him even though maybe his dramas don't have good plot something. His drama always become popular, right? ?

Yeah, smart agency & maybe the popularity of an actor. Just Like KES who only use popular actors for the her drama haha

Stormy love and legal thrills? I can't wait already! Hopefully this is a ratings and critical hit as well so SBS has to puzzle over whom to give the Daesang. Perhaps a joint couple Daesang? :D
I'm so excited to see Ji Sung and Lee Boyoung at the year-end awards ceremonies together. If anyone wants to see just how freaking perfect they are, here's the bts from their cf filming two weeks ago
youtube (dot) com/watch?v=89cEgn-uE14

They all look so serious.Normally the first script is full of laughter.

It's not that serious by the way https://www.youtube.com/watch?v=K61fai-psBY

I haven't been able to get into the writer's previous works, but I like Lee Bo Young and the rest of the cast is solid, so maybe this will be the exception? I hope so.

THE TEASER IS OUT!!! ITS SCANDALOUS!!!

Wow an intense trailer. Seems like heroine purposely made him fainted, then... led him into the hotel.? She wants to seek the revenge, so part of plan I guess.

WHOA. This looks so good!! Love LBY's character choices. Now I'm super curious as to how this tough awesome woman will turn girly when in love!

Is that LBY's head boss / lawyer in IHYV (the one driving in the teaser) or am I just to excited by all these IHYV reunion?

Intense chemistry between the leads there!

Wow, it looks great, thanks for sharing!! :D
LBY looks gorgeous, I was missing her. She was amazing in IHYV but I never watched anything of her after that, so it's been a long time. I will be looking forward to this drama :)

Love the older cast too!

all I can see in the comment section is all about Sera. since when DB becoming like this?

It's currently one in the morning here in my country (and my classes are from 7am to 7pm later) but oH MY GOOOOSH I'M SO EXCITED!!

I didn't watch My Daughter Seo-young but I love them individually, especially Lee Bo-young. Seriously missed her! And gah, Kim Hae-sook as her mother? *cries*

[lol, excuse my lack of coherency. it's only Wednesday but I feel like I haven't slept for a week already]

Not related to the drama but real life power couple LBY and Ji Sung are really taking turns in filming dramas. It's on the same time slot too!

I'm not in a mood for a serious drama now, that's why I'm not watching Voice or Defendant but I love the leads and also the veterans. I might tune in for this. And that trailer is just wow.

Yess, LBY my fav got a role that is perfect for her. Awesome. Cannot wait.

Very much looking forward to this new Park Kyung-soo drama!

I love Lee Bo Young and this show has a really solid cast, but I just really don't like these types of dramas. I just can't get into the heavy legal/ corruption stuff. I'll probably still try it when it comes out though. Maybe this one will work for me.

Aw. I didn't know I miss this couple till now. They do leave fond memories. While I was binge-watching My Daughter Seo Young mostly for Park Hae Jin at the time, they made themselves a special spot in my heart.

And they're gonna be professionals couple next? I don't know if I'll be watching, but for them alone, I'll be considering this one.

Love Lee bo young, would watch anything with her in it ?

I haven't seen Park Se Young in forever!
But I could use a little more time without Kwon Yul.