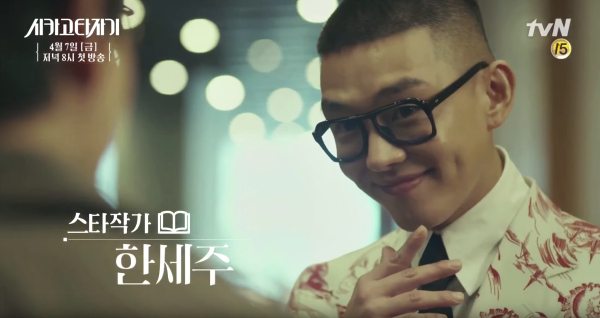 We finally get a peek at the actual drama in the latest teasers for Chicago Typewriter, tvN’s new mystery rom-com about a star writer and his biggest anti-fan and their connection to a secretive ghostwriter. Yoo Ah-in (Six Flying Dragons) stars as Han Se-joo, a famous novelist with an ego the size of Jupiter to match his successful career. A bad case of writer’s block will force him to take on a ghostwriter, played by Go Kyung-pyo (Jealousy Incarnate), and he’ll also get caught up in a series of hijinks with his biggest fan, played by Im Soo-jung (Time Renegades).

The latest teasers introduce us to star writer Han Se-joo who says imperiously, “Isn’t writer’s block just an excuse invented by whiny people who want a reason to drink?” Im Soo-jung’s character is named Jeon Seol (which also means “legend”), and she’s a legend in the fan community. She declares that fandom can change the world, firmly believing that she’s doing important work. Go Kyung-pyo plays ghostwriter Yoo Jin-oh and says in his character introduction, “I’m not in a position to reveal my name freely, so just call me Yoo.”

In the second teaser below, Seol suddenly shows up on Se-joo’s doorstep and he assumes that she’s a stalker, or maybe a thief who wants to steal his story ideas. As they chase his dog down the street, she says he has a wild imagination, and he declares, “The dog and I have gone our separate ways. He says he won’t run with me ever again!” She tries repeatedly to say that she’s not a stalker, but he just robotically orders her to lower her volume, throw away her soup, and throw away her expectations. By the end of that scene they’re huddled under a table and she’s screaming, “Why are you so selfish?!”

An antique typewriter seems to draw all three of our characters with some sort of supernatural pull, and the second they touch it, we’re transported to the 1930s where Im Soo-jung rides her bicycle into the sunset and Yoo Ah-in looks positively smitten with her. This typewriter will be what the ghostwriter uses to do his work, and it’s the item that links the three characters together and connects them to their past lives 80 years ago. Producers say that the title is a reference to the Thompson submachine gun nicknamed the Chicago Typewriter (because the sound of the gun being fired resembles the sound of a typewriter’s keys), and though their typewriter is literal, there is a hidden meaning in the title that we’ll just have to watch to find out. Clever fiends. 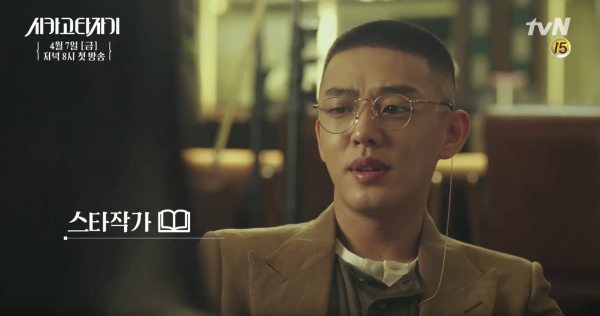 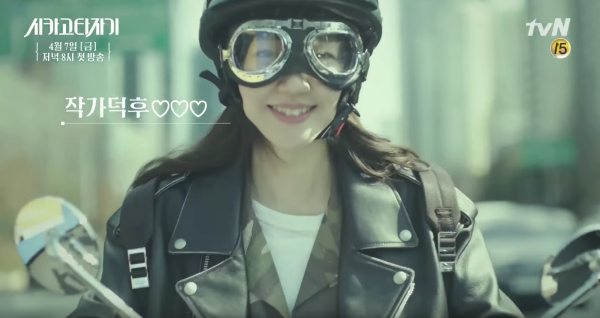 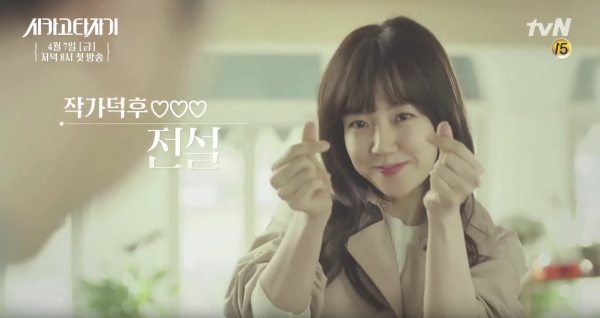 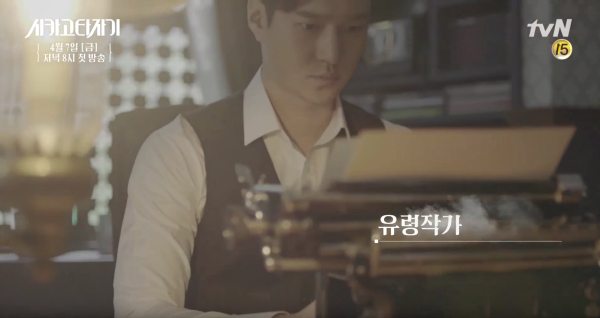 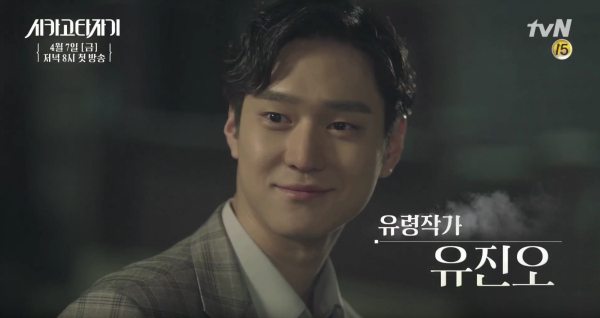 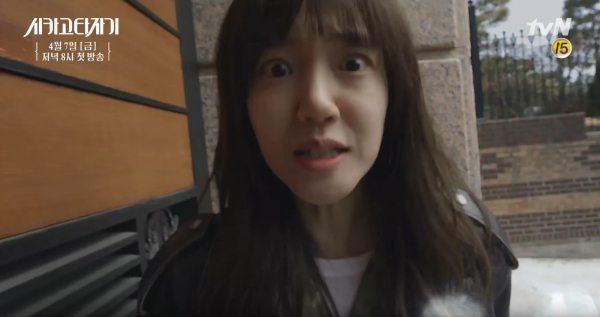 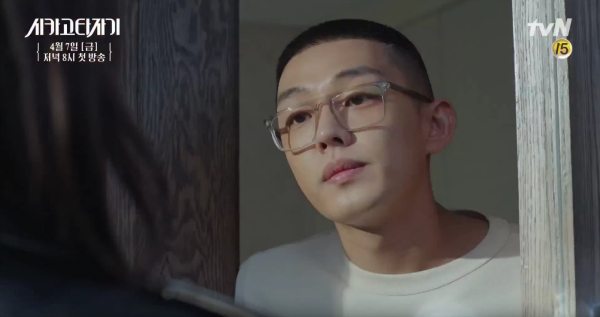 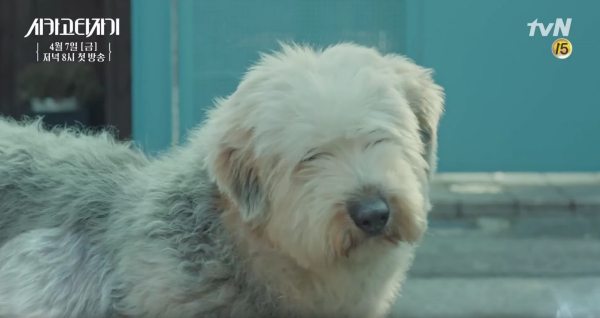 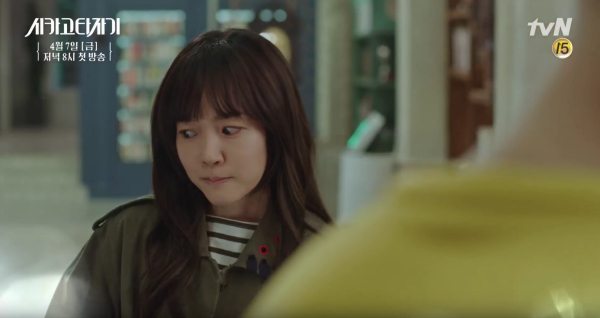 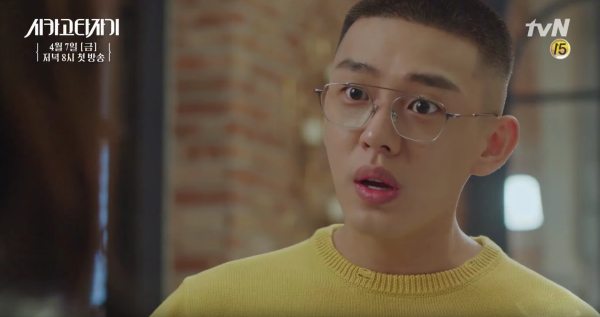 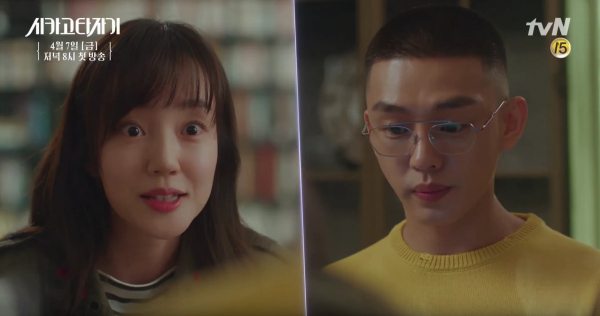 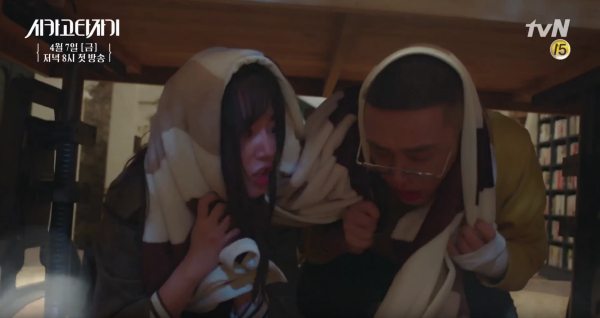 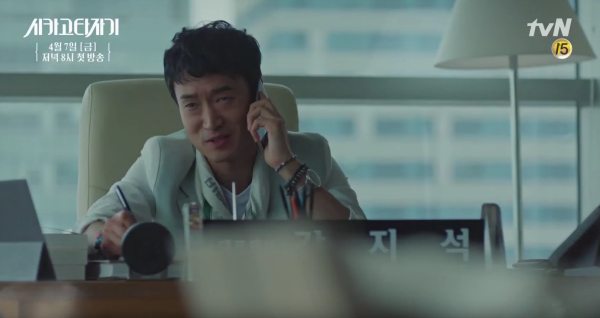 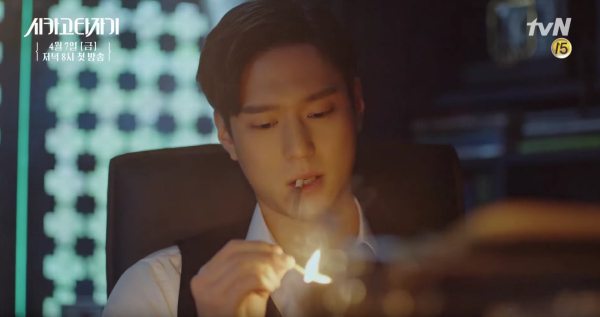 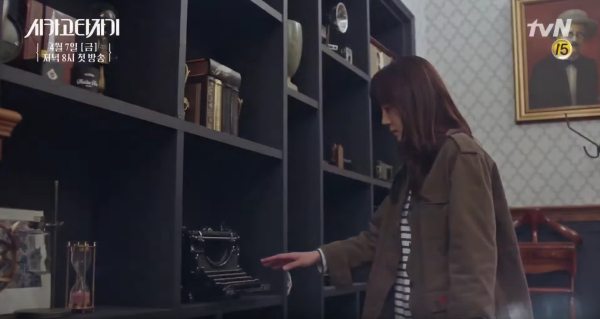 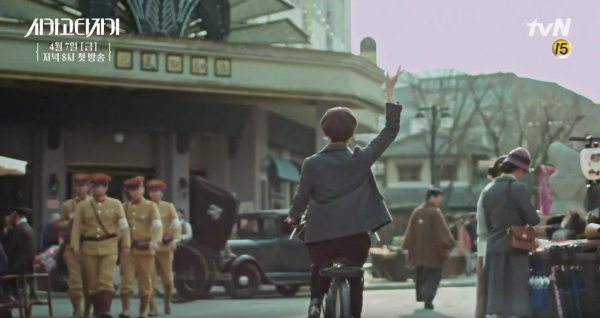 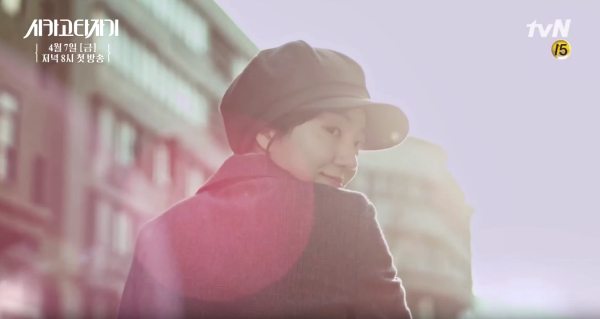 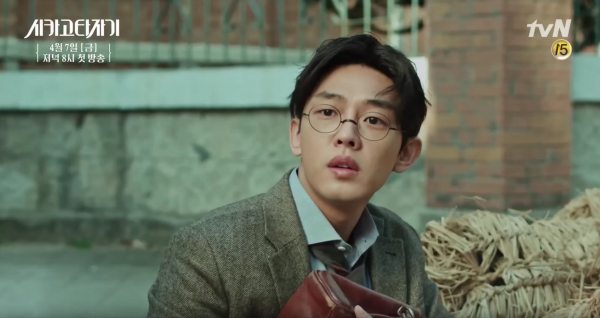 What song is this? I think I recognize the lyrics.

It's called I'm So Excited by The Pointer Sisters.

Yeah, I'm excited for this one too. (Although, excited is too mild a word. I'm crazy delirious in anticipation for this drama.)

I'm So Excited by The Pointer Sisters-big 80's hit.

What if Go Kyung-po's character really lived up to his "ghost writer" job profession? Like he's literally a ghost?
And aww Yoo Ah-in looked so cute and meek in his 1930s persona!

This is from the writer of KMHM, so I'm expecting personality disorder.

One of them is not real.

Kill Me, Heal Me was a novel so technically it's not the script writer's original idea but I guess the writer is interested in out-of-the-ordinary elements.

Go Kyungpo looks badass like a mysterious man who knows every thing and no one notices him like a ghost.

That's what I thought too. GKP looks mysterious and has this knowing air.

Im Soo-jung has not aged AT ALL. Looks like her MiSa days.

Does this drama remake from a webtoon. I think I read a webtoon about this kind of description as the writer for the main character.

Is that secretary Kim of goblin?! Haha!!
So so eggzoited for this! ???

i was going to wait till it finished to marathon it later but not anymore... i REALLY REALLY hope it does well in the ratings!

It will compete with Strong Woman Do Bong Soon right?

I would seriously watch just for the dog.

Omg I am so excited!!!!!! YOO AH IN NEVER DISAPPOINTS!

A good place to be!

10 gadis | clawing my way back after the longest drama slump

I tried really hard to keep my expectation low, but... but... now I'm so hyped about this after watching those teasers. Im Soo-jung looks fabulous. And I still can't get over how good Yoo Ah-in looks in that hairstyle.

It's similar with Saimdang, which the story begin at present and then in the past.

It's Goblin house, isn't it!!!
Woah Yoo Ah In looks like a crappy person but nonethelessly amazing. And I agree with @Oatshin above, Im Soo Jung literally doesn't age AT ALL! She looks same age with Yoo Ah In!

Now THAT's how you do a wig! Yoo Ah In's hair in the past shot looks legit or at the very least, non-distracting. I can't tell you how many shows that I've watched which may have been excellent but I'll never know because bad wigs make me totally unable to focus on anything else.

Haha I even forgot that he does not sport this hairstyle in real life because I was so distracted by the fact that he looks so GOOD with the floppy hair!

Also, that last screenshot is ?. How does YAI look quirky cool with a crew cut and then boyish adorable with floppy side parting hair? Ahhhhh the anticipation is real!

YAI rocks this new hairstyle! I love it and am really looking forward to 7 April!!It is so refreshing to see a new look in kdramaland and combined with YAI's charisma, I hope it will make an impact! Quirky, cool, adorable, never disappoints (*borrowing words from previous commenters), how appropriate!

And suddenly, the hair works.

we got over the shock and can yet again see his adorable face!
; )

This reminds me of Alex & Emma, I don't know how many have actually watched it.

Added to my watch list. April is looking pretty good for kdramas. The dry spell has ended. Yassss!

I have been disappointed by way too many dramas this year. I finally need my crack. The 1930's time has me being really excited about this.

I want a lot of scenes when he's got a lot of hair. Besides, the 1930s period's style is so frikkin classic.

And now I'm wondering what it's got to do with Tommy guns. Beware of violin cases!

I Will Goryeo You

Or the drums! (spotted a drum set in his house photo)

That second trailer really makes me want to watch this!!! Can't wait for the all the bickering and petty fights between YAI and ISJ <3

Yoo Ah In looks so good in all these different types of glasses! All the styles of glasses he wears are so varied. Its like he is selling them! Lol. The eye glasses company needs to make him their spokesperson! He promotes them so well! *fangirlingsohard XD

I usually just lurk - but that hairstyle is terrible on him. BeWhY wants his caesar cut back...