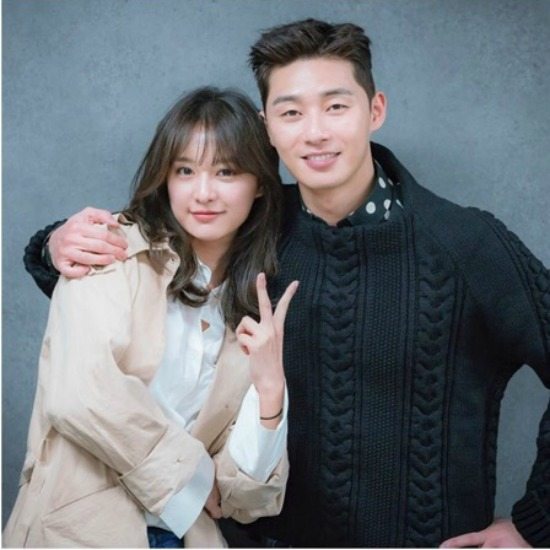 It’s only been about a month since Hwarang ended, but Park Seo-joon (Hwarang) is already back at KBS for his upcoming show Third-Rate My Way. Hey, you won’t hear me complaining—more Park Seo-joon is the best kind of Park Seo-joon. First production stills have been released of the script reading that took place on March 24, where Park Seo-joon was joined by fellow castmates Kim Ji-won (Descended From the Sun), Ahn Jae-hong (Answer Me 1988), Song Ha-yoon (My Daughter Geum Sa-wol), Kim Sung-oh (Warm and Cozy), and Choi Woo-shik (Ho-gu’s Love), as well as director Lee Na-jung.

I have high hopes for this show, which features characters labeled by the world as living “third-rate lives” for their lack of specs. The story will focus on their individual growth and, of course, romance. It looks like the vibe of the show will include a comedic bent, and the script reading was reportedly punctuated with laughter throughout. To cast actors like Ahn Jae-hong and Kim Sung-oh and NOT include the funny would be criminal.

Park Seo-joon’s character Go Dong-man, described as a crafty teenager in the body of an adult (manchild alert), will initially clash with Kim Ji-won’s Choi Ae-ra, who sounds like a no-filter, bad-mouthed badass. Part of her character description includes, “You mess with me and I’ll bite you,” HA. But they’ll find common ground in their fierce loyalty to those around them and develop a budding relationship.

Ahn Jae-hong’s Kim Joo-han, labeled the “brain” of the “Idiot Fantastic Four,” is in a 6-year relationship with Baek Seol-hee, portrayed by Song Ha-yoon and described as innocent and quirky. Seol-hee’s universe revolves around her boyfriend but their relationship will be put to the test by Pyo Ye-jin’s (Laurel Tree Tailors) character, one of those born-with-a-silver-spoon types. My heart is already hurting for Seol-hee; I hope her growth trajectory involves giving as good as she gets.

Also, it looks like Choi Woo-shik will not be alone in putting a short appearance in the drama: Everyone’s favorite bodyguard warrior Kwak Dong-yeon (Moonlight Drawn By Clouds) will be making a short cameo in the first episode as Ae-ra’s ex. Would it be too weird for his character to have a mane of glory, just for old times’ sake? He could be like a Hongdae hipster rocker! Gat Byung-yeon 4 life, yo.

Third-Rate My Way will follow currently airing Perfect Wife and premiere in May. Can’t wait! 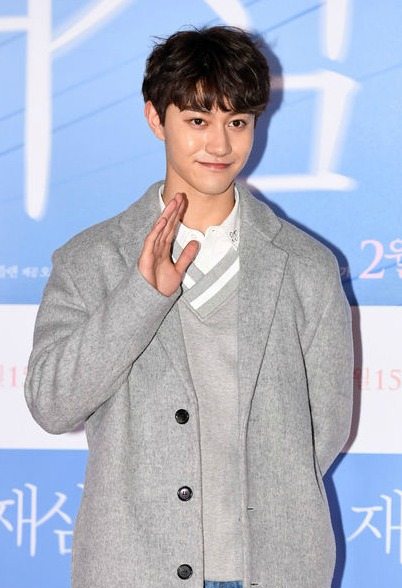 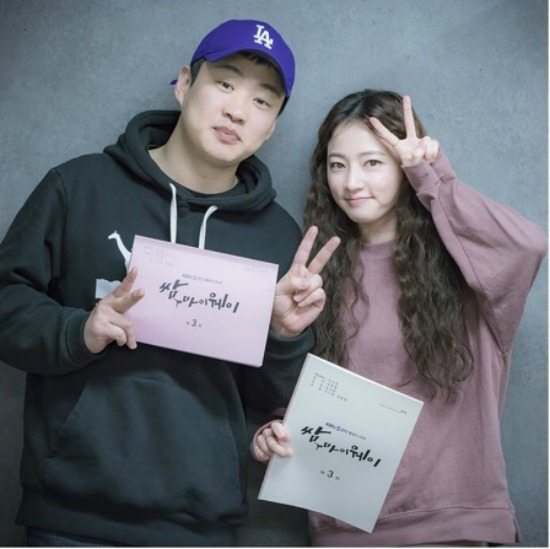 Yas what happened to his Goblin cameo???
Actually i have also been curious with his sudden casting in Moonlight because Lee Seo Won had filmed his first episode as seen in the bts pictures, but i never seem to find the news anywhere

He never received the script in the first place and was puzzled with the news. I got this from the conversation between a fan and Dongyeon's fansite master in a Instagram post. The latter met him in FNC Bazaar.

As for changed in cast of Moonlight, KBS only posted it on Instagram as far as I remember.

tipsymocha, I just KNEW I was gonna really like you! ?

I'n excited for Kim Jiwon in her first leading role. You go, girl!

Me too. Hoping for Kwak Dong yeon!

I want to see Park Seo-joon and Kim Seul-gi in a rom-com together.

I might check this out, depending on what's airing in May. I really like PSJ and the rest of the cast are great.

As if I don't ship them enough, that first pic!!

Can't wait for this.

That pic is so beautiful it's became my wallpaper right away!

Anyway I'm currently watching Moonlight and it feels weird seeing Gat Byung-yeon with that hairstyle and in that outfit.

Yay for kwak dong yeon!!! It would be funny if they managed to get Jin Goo cameo as the ex-boyfriend though

They look close in the pic. Looking forward ti them and this drama. It really didnt work out for him n Go Ara in Hwarang- she was really not connecting with them.

So after hwarang, Dog Bird move on to Choi Ae Ra, Ji dwi move on to Do Bong Son, Kim Ah Ro is history :D

Hwarang was pre produced. They both have breaks in between.

The cast is gold, am impatient for May! Glad to see more of Song Ha-yoon, she's so cute in Sweden Laundry, hopefully her character won't be a doormat here.

Park Seo-joon & Kim Ji-won.. Just the visual itself I'm sold. Both have the couple cute-bickering vibes. Maybe just me but the drama character “You mess with me and I’ll bite you,” seems suitable with Kim Ji-won LOL

From the photos alone it looks like Park Seo Joon and Kim Ji Won will have good chemistry. Hope this turns out to be a gem.

Interesting- I always thought the title for Kim Ji Won's last drama was Descendants of the sun (DOTS) but I realise Dramabeans names it as Descended from the sun (DFTS). So strange I never realised/noticed till now.

Is it a better translation for the korean title?

This drama will be competing with My Sassy Girl right? Aigoooo i want both to do well

Yusss Jiwon finally has a lead role :D
I haven't watched Hwarang but PSJ's acting is bomb as!
I can't wait for it to air ~~

I swear, May is lookin' up for me. So excited for all the dramas that will start airing and it includes Park Seo-joon! I will never get tired of his beautiful face. I also super love rom-com and by the looks of this, I'm trying to control myself from having high expectations. Still! Can't wait.

And... " Would it be too weird for his character to have a mane of glory, just for old times’ sake? He could be like a Hongdae hipster rocker! Gat Byung-yeon 4 life, yo." -- Right??!!! He looks sooo good with long hair and yaaaas, Byung-yeon fo layfff.

love this pairing!! can't wait for it, recently i dont hv any kdrama that can be hooked, this will be the one , yay!!! kim ji won, her first leading role, and wth my fave Park Seo Joon wow i can imagine myself watching this over n over again :)

I expected to hear that the ex-boyfriend would be Jin Gu (Sergeant Seo Dae Young from DFTS). Regardless, looking forward to this drama!!