Neighborhood Lawyer writer returns with a new hero in Gentleman 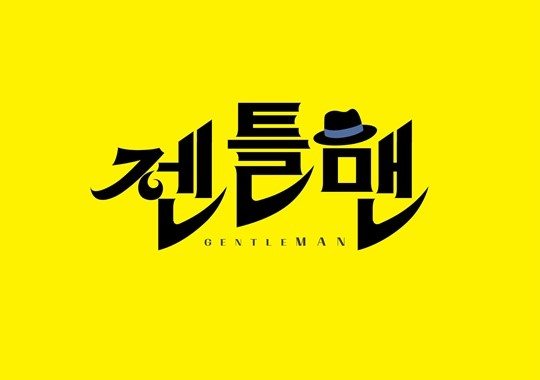 There’s a new drama in the works titled Gentleman, described as a comedic hero piece with melodrama elements and deals with con artists. That description covers a broad range of genres, but it’s something I can see coming from the director of comic-melo-fantasy dramas Come Back, Ajusshi and Rooftop Prince, PD Shin Yoon-sub, and the writer of comedic legal underdog drama Neighborhood Lawyer Jo Deul-ho, Lee Hyang-hee.

The plot deals with con artists who work to catch other con artists, which may sound on the surface a lot like OCN dramas Police Unit 38 or Bad Guys, but based on the description, Gentleman will be going for a lighter, quirkier tone. First off, the drama aims to depict a new style of hero, while declaring that “Justice is not in my dictionary,” smacking down baddies, and dealing with scammers by scamming them right back.

The drama purports to offer a satisfying and refreshing storyline that will offer comfort in a chaotic world, and the description emphasizes the “upbeat, satisfying, pure entertainment” value of the show. Mixed in will be socially relevant messages and a spirit of love and hope. (That sounds just like Neighborhood Lawyer Jo Deul-ho’s M.O., and that drama was a pleasant surprise in its feel-good plot and satisfying comeuppances, so it’s not a bad comparison to elicit.)

Gentleman does not yet have a broadcaster attached, but is aiming for a premiere in the latter half of the year. It is currently casting.

Kim Woo Bin for male lead.
For all his Con-Artist Like film.
He is fit with the role.

Oh! Yes, Can't agree more.
Please cast Kim Woo Bin.
We really need to see him in a drama again this year.
He seems to be focussing more on films. However, I am eagerly waiting to see him on a drama.

This could 've been a suited role for Seo In Guk

Does it means no season 2 for Neighbourhood Lawyer for the time being?

And why I do see Namgoong Min in this role lol. #maybeiamstillinwithdrawalmode

I think this kind of role suits more with actor in 30s and more senior. Who is in you mind? I want Kang Dong Won back to dramaland.

How can we move on when they are also not yet lol. Junho posted the same video few days ago. I want the PD to release all the uncut scenes..

You're right. It's impossible for everyone to forget this soon. We just have to cope with it. Thanks for the link uh, sis'?

I almost lost it when Min was wobbling like he was made out of rubber and fangirling for Junho.

LOL I know right..I cannot wait to see them together winning Best Couple at KBS Award this year.

Me too! I want an experience actor to tackle the role. Or if they want to cast someone young, someone with charisma like Inguk. That boy is amazing as con man and very believable too

I don't want to be greedy but I'd love it XD...I'm sure he would be awesome as a quirky con artist. Only 4 episodes left of SWDBS and I'm already feeling withdrawal symptoms *sigh* Hope he will do another drama this year *crossing fingers*

SIG will be a very great choice. But he will still do his miitary this year, I supposed. Any updates on him?

Or maybe Song Joong Ki. About time for him to come back to dramaland.

Heard that he was released 4 days after his military service started. His leg hurt or something. If he's deemed not fit to be in military service, he'll e discharged and who knows? He might be able to take this one :D

Unfortunately, even if he were to be declared unfit to serve, he will still have to keep a low profile (due to the backlash it may cause)... Therefore, he won't be able to take on that project or any other project for that matter...Choi Jin Hyuk has been discharged after completing only 7 months of his service and he had to wait the end of his service term before resuming activities.

Kim Ji Hoon would have been a perfect choice imo if he hadn't already signed for weekend drama 'Bad thief, good thief' with SNSD's Seohyun*rolleyes*

Too bad. But I believe he will be paired with Im Jo Eun, and there is Ji Hyun Woo in this drama too, only her the weakest link so.. I will be watching for the other three leads anyway.

That's the only consolation I have. Im Jo Eun is one talented actress who unfortunately keeps playing second fiddle to so-so actresses (she's lead material imo). I, of course, feel very bad for Ji Hyun Woo, he deserves a better partner. As for me, it's a pass. Love Kim Ji Hoon but I can't bring myself to watch 50 episodes of SNSD's Seohyun awful/cringy acting.

Yes, I was seeing him while reading this, it's totally him!

He really needs to come back to drama land.
Looks forward to see him in a good project.

I was just coming to post this! While I was reading the description I said to myself Namgoong Min would be perfect for this! I hope an offer goes out to him.

I want a leading lady as one of important characters, playing a con-artist, of course. Do it, show!

Yeah the lead actor try to catch her but he can't because she's smart and always one step ahead, they will be in each others throats many bickerings, in a weird circumstances they will want to catch the same person so they join hands and fall in love in the proses.

Jo Jung Suk and Seo Hyun Jin sounds perfect for this, just saying. ?
As long as both leads written well. This writer's past drama was male centric, so maybe not male centric this time.

Yes JJS please, he's perfect in anything, but isn't he committed to a movie!

I wish they choose leads from late 20s to any 30 something.

I hope he will also do drama this year.

What's wrong with a bit overacted though lol. I love the other choices you mentioned, but Ha Ji Won is already in talk for another drama, so maybe no. I alreadu imagine her in doctor's coat.

What are the chances for a good female role in the sea of male centric dramas? But I am still hoping!

Ahh so many news today! Thank you DB for all the quick updates, your the best.

When you say light and quirky reminds me of chief kim, i feel the writer was inspired by CK.

I want Eric! I always think he could do goofy roles since watching him in Discovery of Romance. The female, what about Yoon Eun Hye? I think this role suits her perfectly. Younger actors, Park Shin Hye and Kim Soo Hyun are my first choice.

The Conmantown would be like Halloween Town without coffins. The leader of Conmantown one day learns about the Noconmentown where people don´t con each other, except...the story is a con.

I would like to see Kim Jaewook as the lead. He was a great creepy bad guy. I think he would be terrific as a con artist.

Couldn't agree more. I too think he deserves this role and he is fully capable of doing it well.