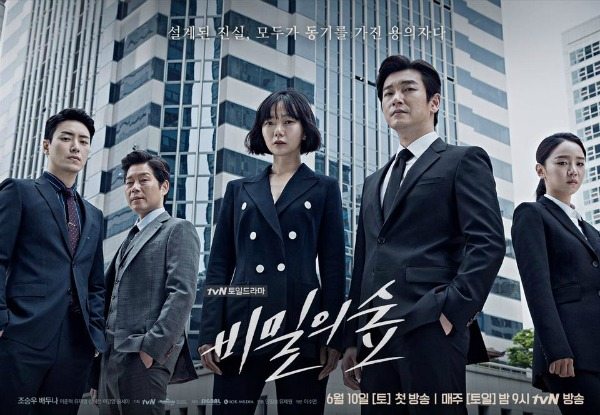 I wasn’t sure of my interest level in tvN’s upcoming Forest of Secrets until they cast Jo Seung-woo (God’s Gift—14 Days) and Bae Doo-na (Tunnel), and then I knew I would have to check it out despite feeling a bit of legal-thriller fatigue these days. The main cast is featured in the group poster above, looking sharp and accompanied by a tagline that reads, “An orchestrated truth, everyone is a suspect with a motive.”

The upcoming pre-produced drama pairs Jo Seung-woo’s emotionless prosecutor character in an alliance with Bae Doo-na’s warm-hearted detective. Together, they’ll investigate the murder of an influential figure known to sponsor prosecutors, and fight back against the seedy underbelly of the prosecutors’ office looking to cover it up. The writer and director of Forest of Secrets recently explained that the title of the show was a reference to the prosecutors’ office, which is a place not easily accessible to outsiders. They described this drama as a journey the two leads make through the lies to discover the “forest’s” innermost secrets.

Well, if they’re going for shady prosecutors, the latest teaser definitely portrays the supporting cast that way, even in the split-second glimpses we get of them. However, I should note that no one looks shadier than Jo Seung-woo, ’cause it looks to me like he’s killing someone in their own home, and pretty gruesomely at that. A chyron in the teaser reads, “The culprit’s true target, hidden behind corruption.”

The writer, Lee Soo-yeon, also explained her decision to make Jo Seung-woo’s character cold and devoid of feelings, saying that while emotions are what makes us human, they also give way to greed and selfishness. Through Forest of Secrets, she wanted to portray the gap between justice and injustice, and the price of walking steadily towards the truth without shortcuts. And in order to do that, she needed a character who wouldn’t waver in his search for the truth due to greed, and so created the emotionless prosecutor role.

We get a better look at our main cast via the individual posters released for each character, with accompanying taglines to give us a brief introduction to each. Jo Seung-woo’s reads, “The law, free of any emotion, is my life’s guideline.” Bae Doo-na is the lone non-prosecutor among our main players, and her tagline says, “I have pride as a member of the police, I will not compromise.”

The following three prosecutors round out our main characters: First, we have Yoo Jae-myung (Strong Woman Do Bong-soon), whose side on this fight seems pretty clear: “Public servants should be neither too dirty nor too clean!” The loyalties of Lee Jun-hyuk (Naked Fireman) and Shin Hye-sun’s (Legend of the Blue Sea) characters are more ambiguous. His tagline says, “If I can survive, I would even give up my liver,” while hers reads, “I’ve been waiting for this day. Why do you think I became a prosecutor!?”

Forest of Secrets will premiere on tvN on June 10. It follows Chicago Typewriter, which ends its run this week, but will shift one day over to air on Saturdays and Sundays. Let the conspiracies begin! 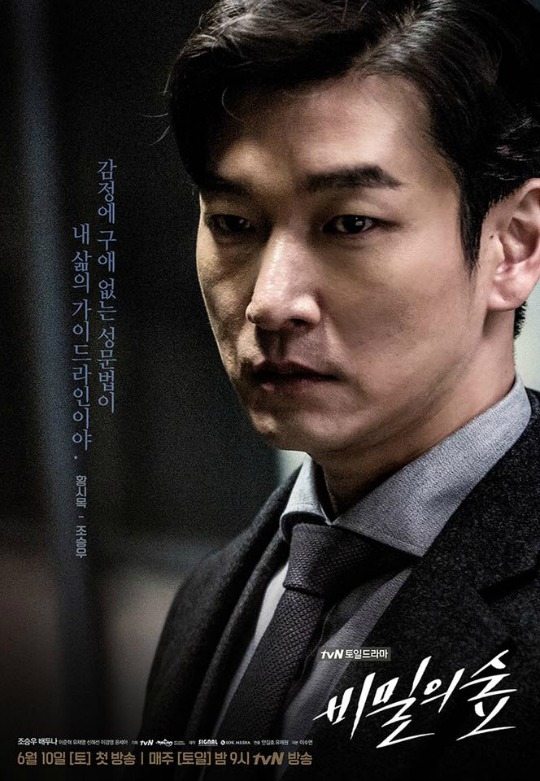 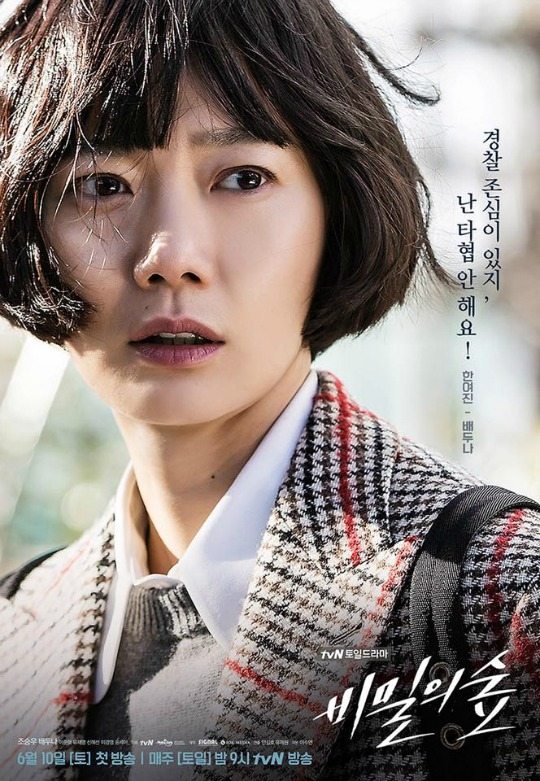 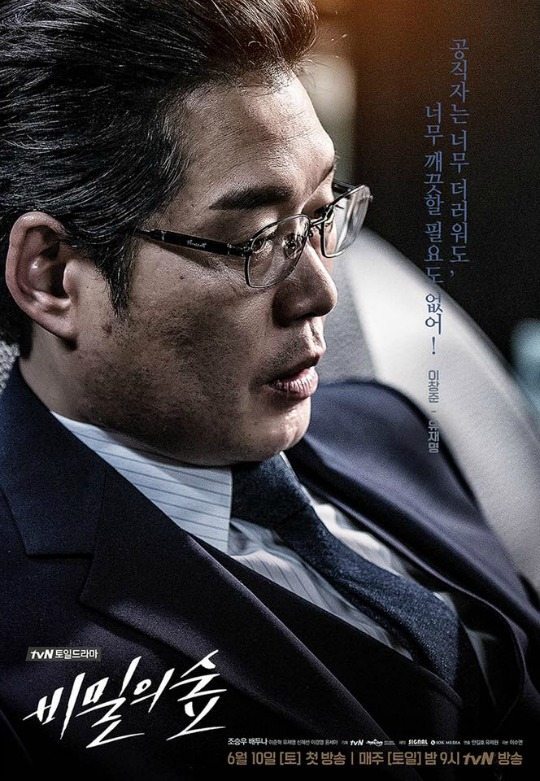 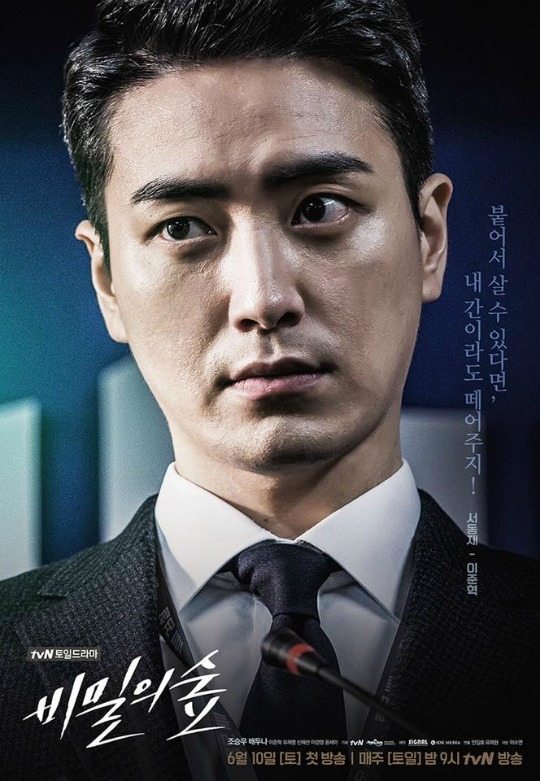 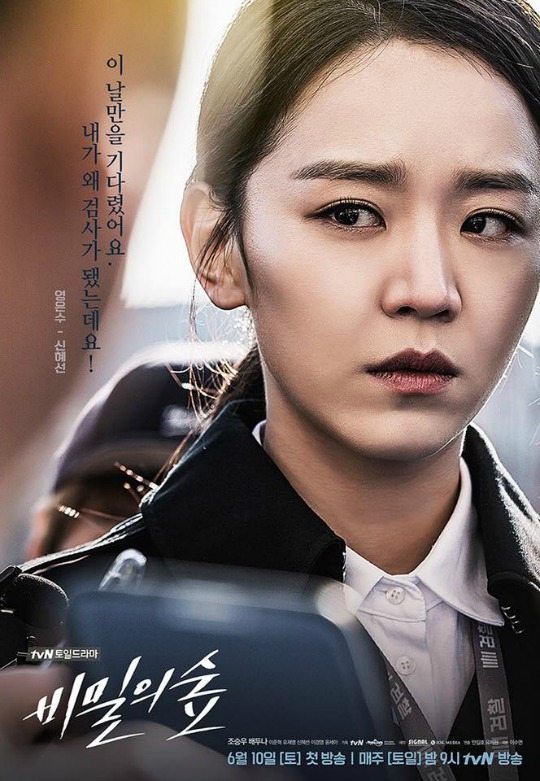 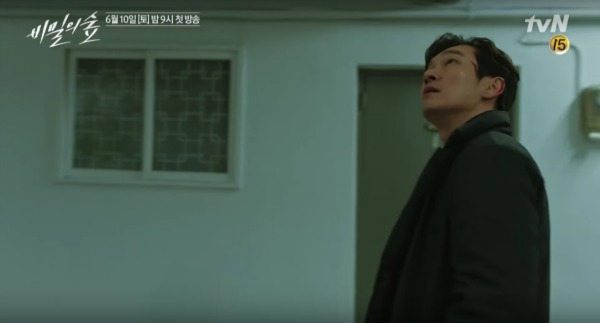 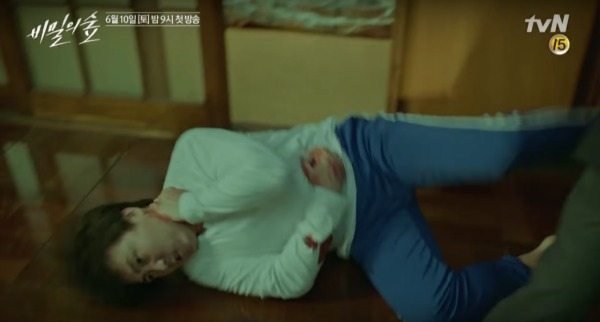 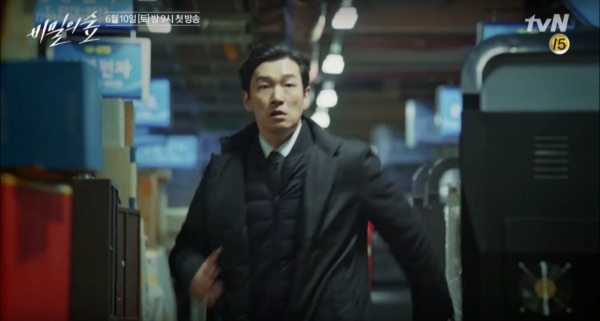 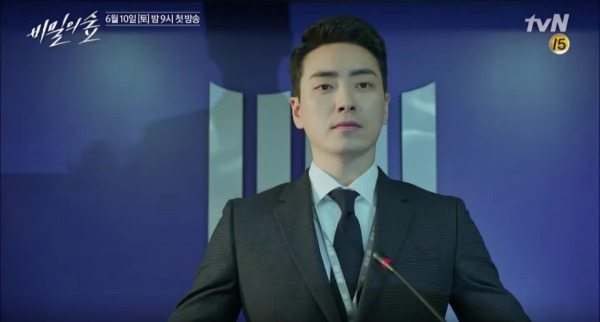 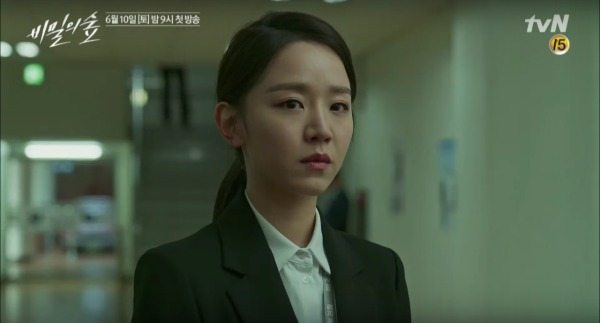 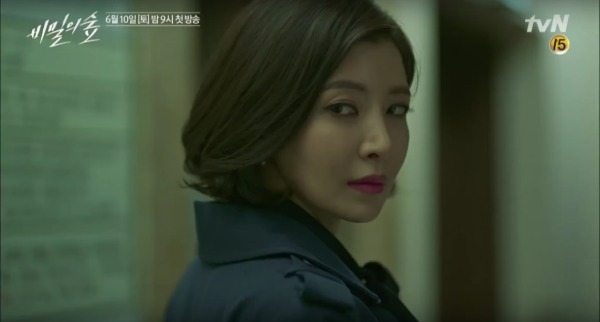 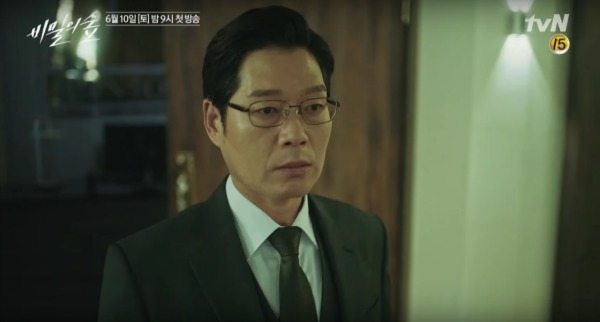 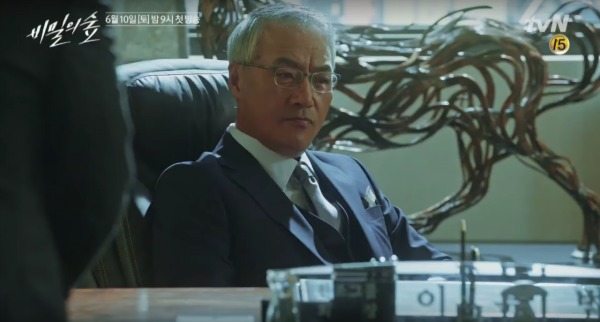 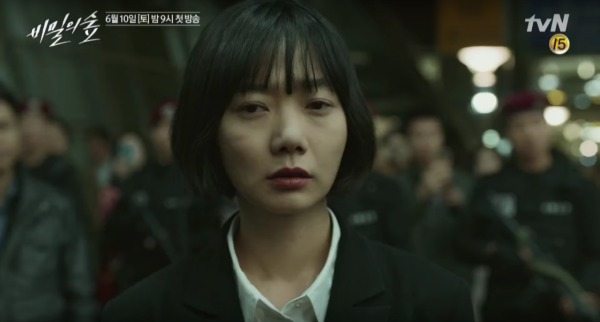 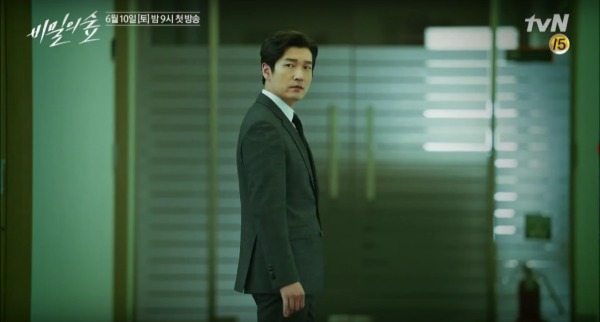 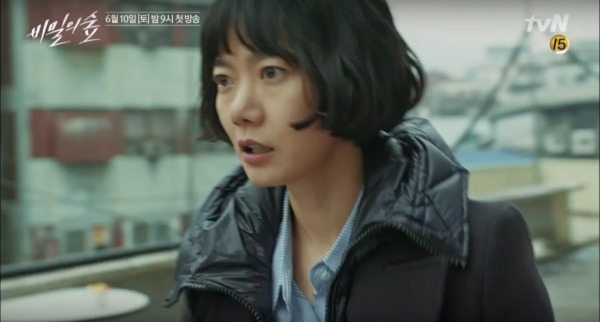 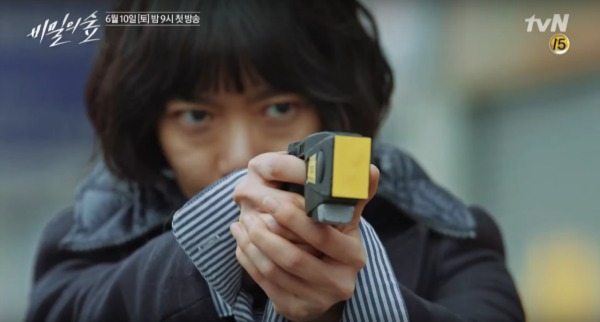 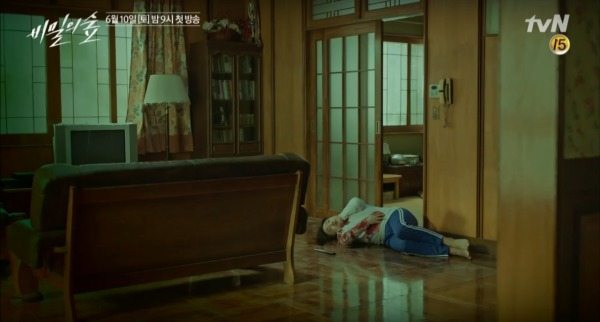 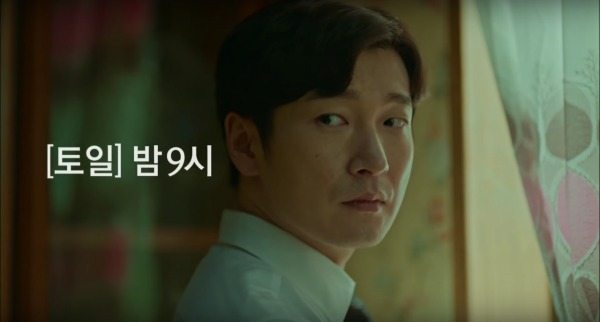 I'm always up to watch Bae Doo-na in anything. The writer has only done movies before (which I have not seen) so I'm not sure what to expect. I also haven't seen any of the director's previous works. Fingers crossed this is good! Maybe I can get my brother, who likes Sense8, to watch it with me.

So I'm right, the main lead is the girl in sense8?

Yep she is our mighty Sun Park

I like this poster better than the other profile one.

I think Joo Seung-woo isn't actually killing someone, but working out how the murder happened. I think he's playing it out in his head with him as the murderer. There's a brief moment where you can see the shoulder of someone (him?) looking on, which would be odd if he actually committing murder (with spectators).

I too have had my fill of legal thrillers and the roots of corruption running deep, but I'll give this a go for my girl Shin Hye Sun.

Also, everybody looks cool, intense and moody in the posters. And hella good-looking. Which is added motivation when it comes to watching! :D

As long as they don't make Jo Seung-woo a robot. That is always my fear when they describe characters as "emotionless". I need to be able to connect with the character on some level.

I just marathoned the drama over the weekend. I liked it a lot but was a bit disappointed with the last 2 episodes.

It is a pity that this drama is not getting as much attention from Beanies, but you can be sure that I will be there to watch it. Bae Doo Na is my beloved actress.

This looks good but there are way too many shows and I don't know what to do. Shin Hye Sun tho.

I like Bae Doo-na's hairstyle in the first photo. Actually, she just looks very cool in her double-breasted blazer with contrast buttons and badass pose.

JSW aged so hard, I still love him though

Bring it. I'm ready for my queen Bae Doona. I'm in the middle of watching the second season of Sense8 and am falling in love all over again.

Really like the rest of the cast too. I'm exciiiiited! But is anyone subbing this? I feel like I haven't seen it on any site as one of their upcoming dramas... ):

I love Shin Hye Sun, will follow her everywhere to witness her growth. ♥

14 bebeswtz❣️Xiao Zhan is the sunshine in human form ☀️

I've always said this and I'll say it again: I suspect that all the broadcasters, PDs, and writer-nims of South Korea get together for a round-table meeting every year at some point and plan and wonder together at said round-table meeting about what themes, types, and genres of dramas they want to passive-aggressively put out each year and toy with us viewers to see if we see what they are actually doing and whether or not us viewers can figure out the themes for each year. This year, 2017, the theme must be "law" or "corruption" of the lawmakers themselves heh XD I'm so glad that Choi Jin Hyun and Back Jin Hee's "Pride and Prejudice" (2014) was ahead of the game and that drama came out at that time, instead of now, where it would have been out-shadowed by all these other legal-corruption dramas

lol whoops... Didn't mean to italicize the entire latter half of my comment XD