A chef with a traumatic event in her past works in a rural hospice where she uses her home-cooked food to comfort the patients in their final days. While working there, she meets the doctor she's secretly loved for many years and the two get to know each other.

A chef with a traumatic event in her past works in a rural hospice where she uses her home-cooked food to comfort the patients in their final days. While working there, she meets the doctor she's secretly loved for many years and the two get to know each other. 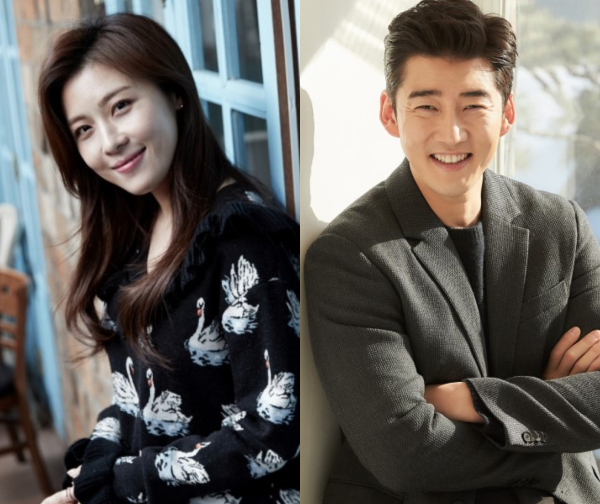 I always feel a little more excited when actors or actresses return to dramaland after a bit of an absence. Which is why I’m really hoping this casting for JTBC’s upcoming drama Chocolate works out: Yoon Kye-sang (The Good Wife) and Ha Ji-won (Hospital Ship) have received offers to headline the latest project of melo-queen writer Lee Kyung-hee.

I have a bit of a love-hate relationship with Lee Kyung-hee’s works, mostly because I have so much leftover goodwill from my early drama-watching days spent enjoying her shows, that I will give her dramas the benefit of the doubt for far longer than most, to my detriment at times (looking at you Uncontrollably Fond). But that said, her title of reigning queen of the melodrama exists for a reason, and I look forward to seeing her first collaboration with a cable network.

Chocolate will tell the story of a neurosurgeon and a chef who end up working at a hospice together. These two people come to provide comfort to each other as they both have wounds from their past (naturally), and I’m sure their work at the hospice will also be instrumental in their healing process. Yoon Kye-sang has been offered the role of the neurosurgeon, which leaves Ha Ji-won with the chef role, who is described as having won an international Italian cooking competition.

I really like the idea of these two actors together, and I can definitely see them bring a warmth to the screen in this human melo. Another reason I’m pretty excited, is that writer Lee Kyung-hee will be teaming up again with PD Lee Hyung-min, who worked with her on her seminal I’m Sorry, I Love You, which is my all-time favorite melodrama ever.

JTBC’s Chocolate doesn’t have an airdate yet, but is being planned for the latter half of 2019.

I'm so happy that Yoon Kye-sang's new movie is doing well in the box-office.
A big Welcome Back To Dramaland!!!

Lee Hyung Min PD nim with Lee Kyung Hee! I can't believe they are reuniting! Lol... I can't wait to watch it.

I have a soft spot to Yoon Kye-sang since i watched The Good Wife drama. It was there where I 1st discovered him and begun to love him as an actor. With Ha Ji won who don't need justification its worth to check this drama. Hopefully the plot will be a good one!

I wasn't sure what she wrote but except UF I thought the other ones were of good quality writing. That's kind of a relieve and it helps that HJW and YKS are standout actors. Bring on the melo! xd

I want to see Ha Ji Won in a good project. Dropped her last one. And the one before that wasn't great either. Wary about this being a melodrama though.

I recommend What Happened in Bali. She acted along side with Jo In Sung and So Ji Sub. A melodrama at its best !

Yes! I have heard about it but had no idea she was on it! I will watch it for sure! Thank you!

I was asking myself when Ha Ji Won's next project will be and that as long as it's not a rom-com, I will dive in. And here are Ha Ji Won and Yoon Kye Sang together !

I like this pairing but I'd rather see them doing a comedy spy drama ala Mr. & Mrs. Smith, but funny.