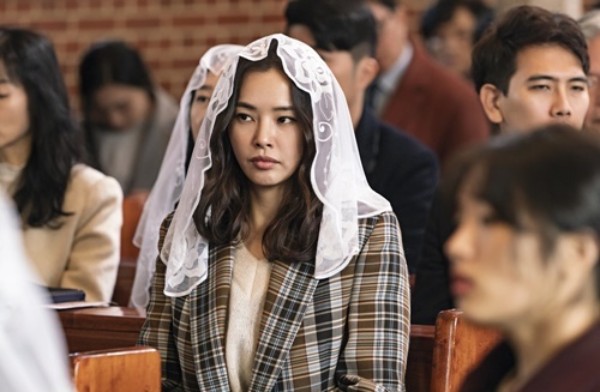 Dramedy The Fiery Priest is on a promo roll—it just released another teaser and a couple stills of Honey Lee ( Rebel: Thief Who Stole the People ). I’m still not too sure about the premise, but the experienced cast is more than fantastic at both comedy and drama.

Kim Nam-gil (Live Up to Your Name) stars as the titular priest who becomes involved with an incompetent investigator, played by Kim Sung-kyun (Untouchable), to find the truth behind a murder case. Honey Lee also plays an investigator, but one that begins to frustrate the Kim Nam-gil-Kim Sung-kyun duo, by blocking them at every turn.

According to an interview with Honey Lee, she chose this drama because she felt like the characters were alive: “My character Park Kyung-sun was interesting, and the story of the drama was funny. I want to create a good drama together with the PD, writer, cast, and staff.”

Park Kyung-sun’s life centers around success, almost to a fault, and she’s direct about it. But of course, she has her clumsy moments, and she’s a warm person at heart. Honey Lee described the character as a hot-cold bath.

It was revealed that the PD debated a long time who to cast because Park Kyung-sun is a character that could easily be hated. But he wanted to get someone who was lovable to showcase the complexity of the character, and he deliberately chose Honey Lee for her lovely and healthy image. 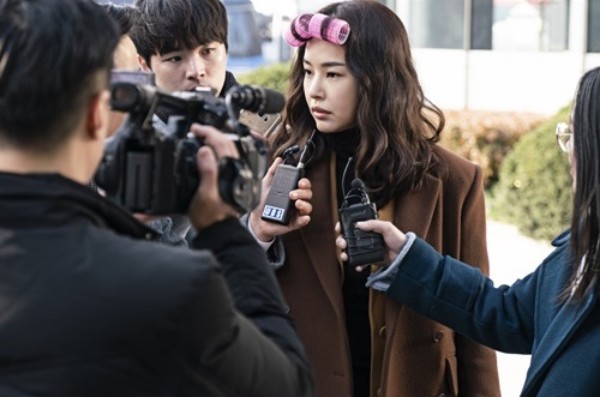 The trailer starts out with Kim Nam-gil raging at an older priest, played by Jung Dong-hwan (About Time). He asks if the older priest really thinks the world will change. He wants to take action and express anger when it needs to be expressed. Then, there are interspersed scenes of violence, showing the corruption of the world leading to suffering.

The copy reads: “A tale of a city of screams… the fiery priest will come.”

In the background, the older priest’s health is being discussed, and the consensus is that the priest needs to heal. But the older priest is insistent that they need to begin changing the world from their current perspective and place. And then we hear Kim Nam-gil’s shout of pain, and it seems the older priest has died because we see a casket being lowered into the ground.

A parishioner asks Kim Nam-gil to take revenge on those who did “bad things” to the older priest, hinting at some foul play behind his death.

A neon light flashes, “They messed with the wrong person.” And we’re introduced to the other characters that will be on our motley team. Kim Sung-kyun, playing an “idiot investigator,” is dumbfounded that Kim Nam-gil wants to cooperate with him. It’s because Kim Sung-kyun has been given a special assignment. Ulterior motives behind his assignment are shown in the next shot, as his superior tells him to make a bungle of the case.

Then there’s Honey Lee who is shown to be an ambitious but sometimes rash investigator, blocking Kim Nam-gil. She tells him: “If you get caught again, it’ll be the end.” I laughed when she snuck into his sermon to keep tabs on his whereabouts, while her narration said: “Do you have an allergy to staying out of trouble?”

But it seems like Kim Nam-gil isn’t going to be stopping anytime soon because he replies, “Don’t get in my way, because I’m in this until the end.” We also see a shot of rookie actress Geum Sae-rok (Marry Me Now) who seems to be one tough cookie, as she lets down a kick in front of Kim Sung-kyun. 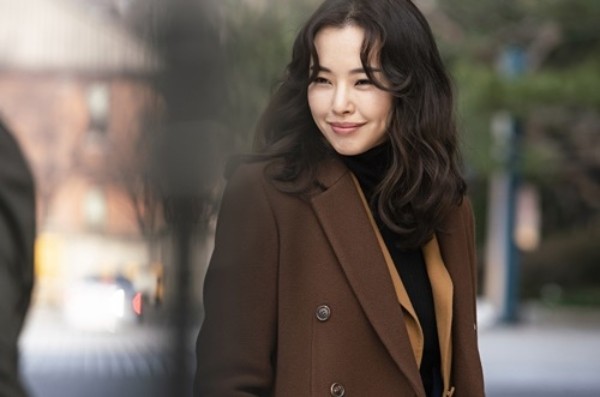 If I chant “the fiery priest” really fast 10 times, would Kim Nam-gil appear in my real life?

It hasn't worked for me either, but I blame my inability to repeatedly pronounciate "the fiery priest" clearly.

Maybe I need a talisman to transport Kim Nam-gil to my world .........wait, wrong KNG drama.

I trust that the writer of Chief Kim will bring us another show just as enjoyable. That show had the perfect comedy/drama balance with amazing characterizations, which I am hoping we will see in this show. Plus with the great cast, this definitely has the potential to be really good. (Not that my hopes are up or anything)

you had me at Kim Nam-gil

I'm in the mood for this and I love the cast especially Honey Lee.

I'll watch Kim Nam Gil in anything so this is a must watch, I can't wait!!!

I love the cast and CHIEF KIM’s PD, but, as a Catholic, I’m wary of the premise. There’s that priority of saving souls for priests: “My kingdom is not of this world” etc. It’s not mainly about social injustice and changing this world. That’s probably what the elderly priest was trying to tell him, but then he died (was murdered?). Maybe he was the mentor figure that kept Kim Nam Gil’s fiery temperament in check..

If done well it can be good. It reminds me of a very old film (DON CAMILO AND PEPPONE in case anyone knows it). It’s about a small village priest who was also *cough* good at boxing. He’d always rush over to church and apologise to the crucifix for losing his cool with parishioners, and for sometimes knocking out his arch-frenemy the mayor 😂

I love Don Camillo! I haven't watched the film but I've read all the books :-)

There are books??!! Ok, I will give them to myself for my birthday 😄.

There are around 6 films, dubbed into English. Fernandel plays Don Camillo. I found them on Amazon recently. They are hilarious.

@wishfultoki,
I may be lapsed, but I share your concerns about THE FIERY PRIEST. I'm relieved that the earlier translation of the title has been switched from HOT-BLOODED PRIEST, which called to mind this 1978 ditty that has zilch to do with a feisty, angry temperament.
http://www.dramabeans.com/members/pakalanapikake/activity/708716/

I had had initial reservations about GUEST and PRIEST, but they both dealt respectfully with the clerical characters.

Thanks for the pointer to THE LITTLE WORLD OF DON CAMILLO, set in post-World War II Italy. It is a joint French-Italian production. The mayor in question is a Communist who was in the resistance, as was Don Camillo, who privately respects him.
https://www.imdb.com/title/tt0043918/

*off to watch English dub with narration by Orson Welles*

Enjoy! Don Camillo and the communist mayor grew up together, so they had been bickering all their lives. Bromance to the max. 😄

Off topic, but I think that a role like blood is kind of exciting, going with the flow, and all that.

a worthy reason to delurk, tbh

Please, please let this be a Kim Nam gil drama I can actually watch legally! Any count as to how many dramas/films he's been in and didn't die?

Amazing cast and Chief Kim writer is already a win for me...Hope we'll get the same humor as the amazing Chief Kim and we'll be in for a ride...

Kim Nam-gil as a priest? I’ll have to watch.

Wow a drama involving a priest, but no exorcisms! I've been behind on kdramas and kdrama news, so it's a pleasant surprise to see that it's starting in 2 weeks.