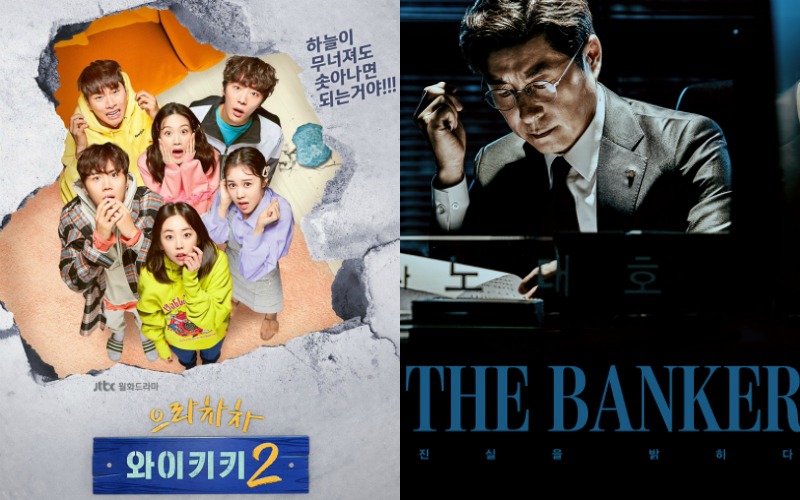 Adulting struggles and ethical struggles are on our screens this week with two news dramas hitting the scene. 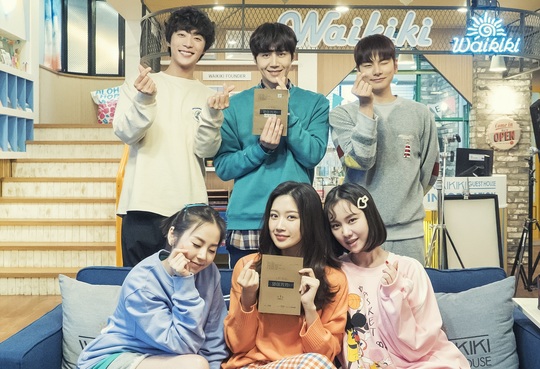 Reasons to watch: Woohoo Waikiki returns for a second season with only one member of the first season reprising his role. Lee Yi-kyung is back, a little older, but still struggling and still as unlucky as ever. When he ropes in two old friends, Kim Sun-ho and Shin Hyun-soo, to help run the hostel, it seems like things may be looking up–until the trio’s first love, Moon Ga-young, walks back into their lives. When it’s a call between friendship and love, which one will prevail? Ahn So-hee joins the group as Lee Yi-kyung’s one and only friend from college, with Kim Ye-won playing the part of Kim Sun-ho’s little sister. The entire ensemble cast somehow end up living at Waikiki and the drama will follow them as they work to achieve their dreams while figuring out what exactly love and friendship are all about. 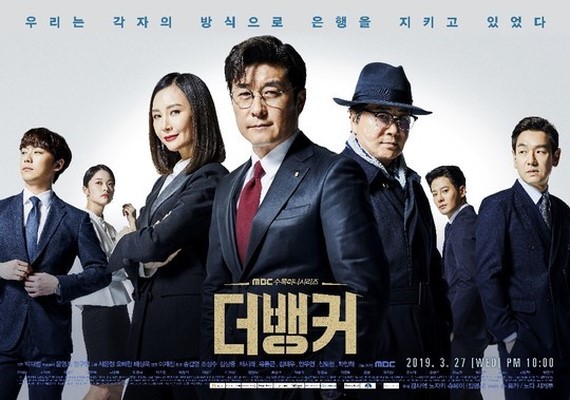 Reasons to watch: Adapted from a Japanese manga, The Banker centers around corruption and corporate lust for money and power. When a big bank is determined to amass wealth by any means necessary, who can stop them? Kim Sang-joong, the titular banker will be sure to try as he plays an auditor at a big bank who cares more about integrity than profits. Veteran Chae Shi-ra will be one of Kim’s most loyal allies (and I’m going to guess he’ll need the help) as the fierce, charismatic general manager of the bank in question. Those two will definitely be a force to be reckoned with. Yoo Dong-geun rounds out the veteran actor trio as the bank’s president. While he’s a role model for the bank’s employees his true motivations are wrapped up in mystery, making him more of a grey character. Our auditor will have backup as Ahn Woo-yeon, Shin Do-hyun, and Cha In-ha will be part of his auditing team.

I'm currently not watching anything but The BANKER is calling my name. I'd love to see 3 charismatic veterans (Chae Shira, Yoo Dong-geun and Kim Sang-joong) go head to head.

Not to worry Kim Mu-yeol. You'll always be my be my beautiful banker.

Heh - Kim Mu-yeol...my beautiful banker, where are you?

LOL I wasn't expecting that ending

lol Kim Mu-yeol. I watched J-version and curious as to how this version will turn out. Hope it is good.

Where did you watch the j-version? I can't find it with sub.

I misunderstood. I watched Hanzawa Naoki, but not Auditor Shuhei Nozaki which this version is based on. But I see Nozaki in dramacool, kissassian.bz. And one with Korean sub. (googled: nozaki shuhei auditor of bank eng sub)

I wonder which Japanese manga The Banker is adapted from... the premise reminds me of Hanzawa Naoki but I think that was based off of a book (maybe I'm mixing up mediums)

The Banker is adapted from the Japanese manga Kansayaku Nozaki Shuhei. Hanzawa Naoki was based off of the book Oretachi Baburu Nyukougumi.

Heol.. I really need Hermione's Time-Turner pendant now..
How can I add more dramas to my watching list??? 😅😥😥

What are you watching? Why do I seem to have a problem with loving any show right now.

Aah, I finished Dazzling and Bonus Book. And I'm only following Touch Your heart and big Issue at the moment. Hehehe, no wonder you feel swamped. i've had 7-8 dramas on my currently watching list, and boy that was tiring. i had to rewatch the last 10 minutes of the week before episode every time i start the episode of the current week, as I can't seem to remember, what happened last week.

I can't do live-watching. ㅋㅋㅋ
The waiting for next week's ep. is too painful for me.

@jeanthierrycha what to do, I'm weak to temptations from recaps and comments, so can't wait to sample drama from the 1st week they air. I've tried waiting for a show to finish before starting, but in the end, the excitement kinda fizzled out, and I end up not watching said drama, ever. hehehe

I'm curious too as to what you're watching🤔.
I'm surviving on oldies such The Woman that Wants to Get Married and Legend of the Blue Sea.

And Legend of the Blue Sea nostalgia hits me again!

Wish I have time to revisit old dramas,, 😥
I'm too busy with my drama list and real life..
Fiery Priest is fun. Or Psychometric,, Jin Young who played as young Lee Min Ho's character from Legend of the Blue Sea leads this drama. And he's surprisingly good..

Anyone who had watched Waikiki Season 1 would tune in for Season 2 as its promising to be better and hilarious than the first season with a great cast!
Looking forward to a successful run!

I am ready for The Banker.

I am ready for a adult drama.

Doctor Prisoner is Kill It killing it in ratings on Wednesdays and Thursdays (#SKYCastleEffect), but I suspect The Banker being real competition with its veteran cast.

🤣🤣🤣 I never would have imagined "finance" as kdrama genre.

The Banker intrigues me, I have never seen a finance drama before. I'll give it a try.

Why I'm excited that The Banker is an adaptation from dorama? 😃😃😃
My trust in kdrama is at all time low. I'm gonna check the jdorama first before jump into the kdrama version.

Banker reminds me of that Masato Sakai jdrama. I'll definitely be watching. Thanks!

Confession, Doctor Prisoner, Special Labor Inspector, The Banker . . . my kind of drama list. But can't do that week-to-week thing with dramas anymore so it will be a while. Anticipating.